BMW unveiled its Vision Next 100 motorcycle concept in Los Angeles on October 11.

Having achieved the milestone of 100 years as a company, BMW decided that 2016 would be an opportune time to offer their vision of what the next century may look like across each of its product lines. Today, Inside Motorcycles was present when the German manufacturer took to the stage in Los Angeles to introduce the BMW Motorrad Vision Next 100.

In creating the futuristic concept motorcycle referred to as “The Great Escape,” the BMW design team envisioned an environment wherein the freedom of riding is combined with technologies that enhance connectivity and provide maximum safety for the rider. A key feature of the design is the inclusion of a self-balancing system which keeps the bike upright when stationary and also provides assistance should the motorcycle encounter challenges while in motion.

While the Vision Next 100 has an appearance reminiscent of science fiction movies, it also pays tribute to the brand’s origins with elements such as an emission-free motor designed to reflect the lines of the iconic air-cooled boxer engine. Described by BMW as having the side profile of a naked bike with the seating position of a roadster, the Next 100 also takes styling cues from earlier machines including the original BMW R32. 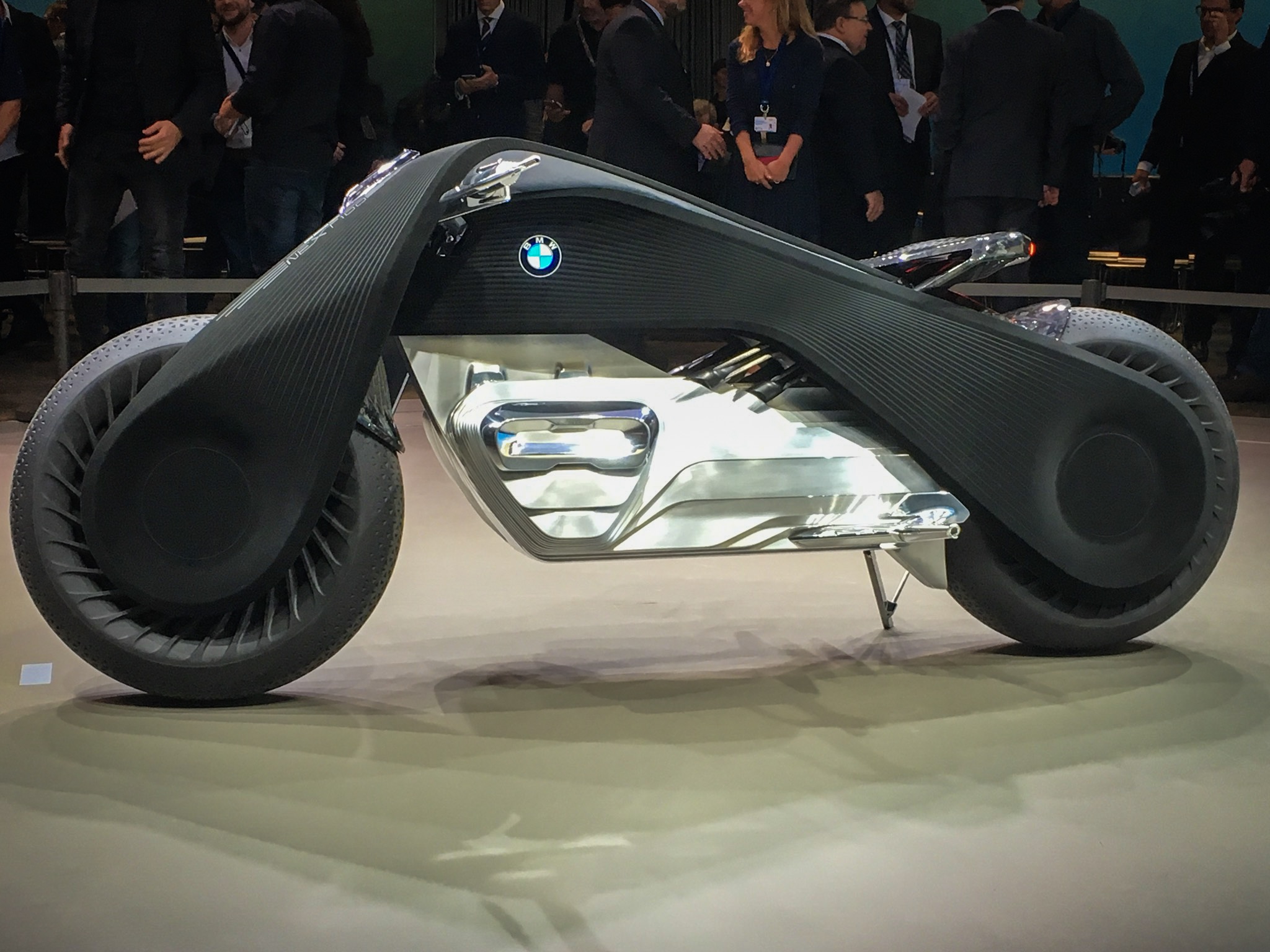 In addition to the motorcycle, BMW presented additional insights into the possibilities of the next 100 years in the form of intuitive riding gear and a visor which communicates directly with the motorcycle to provide the rider with a heads-up display.

The unveiling of the BMW Motorrad Vision Next 100 was the final of four events held this year. Prior to today’s press conference, BMW held similar events in Munich, Beijing and London where concepts from BMW auto, Mini and Rolls Royce were presented.

More information regarding the BMW Next 100 Years initiative can be found online by visiting www.next100.bmw

CHAMPION: Search for a Champion