After a bizarre year and a half, the Vintage Road Racing Association is ready to get back to the business of racing.

Although their first round was cancelled, VRRA’s newer P4, P5 and GP classes have been invited by CSBK and the Pro 6 GP Race Series for the first racing event of the year at Calabogie Motorsports Park on July 10 – 11.

Both of these events will include a full weekend of exciting racing with both modern bikes and classics battling it out on track.

Sidecars will kick off their 2021 VRRA season at Shannonville Motorsports Park on July 10 and 11.

The VRRA’s crown jewel, the annual Vintage Festival roars into life on August 6 – 8, 2021 at Canadian Tire Motorsports Park (formerly Mosport). HB Cycle of Lindsay sponsors this competition, and it typically attracts 150 to 200 racers from both Canada and the US. At this time indicators are strong that the Canada/US border will be re-opened before this event happens and racer attendance should be impressive once again. It’s difficult to predict if spectators will be allowed but if they are this is absolutely the finest track for viewing the action with access to the inside and outside of many of the 10 corners on the famous circuit. Racing starts Friday afternoon with a 2-hour endurance race and then nonstop sprint events are scheduled for Saturday and Sunday, 9 am to 5 pm. CTMP is a high-speed horsepower track and hosts some of the best motorcycle and sidecar racing in North America. 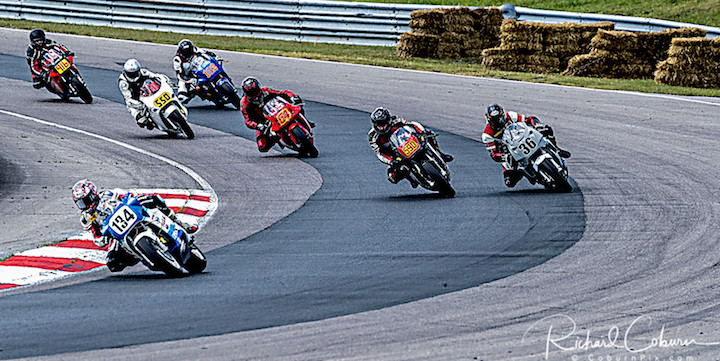 The 2021 Vintage Festival will get underway with a two-hour endurance race on Friday August 6.

The Vintage Festival is always a treat for the classic bike and sidecar enthusiast and this year will be no different. Every racing class is well represented with many examples of bikes beautifully prepared and restored to their original glory, some going back to the 1950’s.

The Sidecar Racing Association will also be included in the event so be prepared to see lots of spectacular 3 wheeled action with drivers and monkeys pulling off calisthenic maneuvers at high speed.

The Vintage Festival also hosts a race for the largest collection of 2 stroke factory GP bikes in Canada. The sight and sounds of all these unique motorcycles lined up together holding high revs for the race start is absolutely unforgettable. 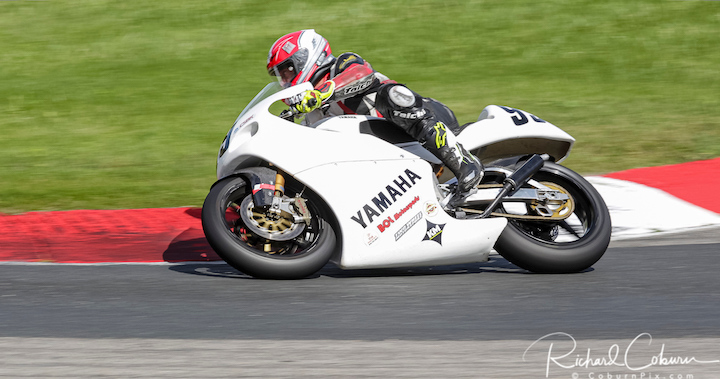 Two-stroke GP bikes will be on the starting grid when the season opens at Calabogie Motorsports Park as well as the Vintage Festival at CTMP.

The term ‘Vintage’ may be a bit misleading to some but don’t be fooled. The racing action is fast and fierce and skill levels are second to none. Racers are mostly very experienced amateurs with many being former Pro. Once in a while, current CSBK Pros make a guest appearance to mix it up with VRRA regulars, and don’t be surprised if you get into conversation with someone who has competed multiple times at the Isle of Man – and is still racing of course. 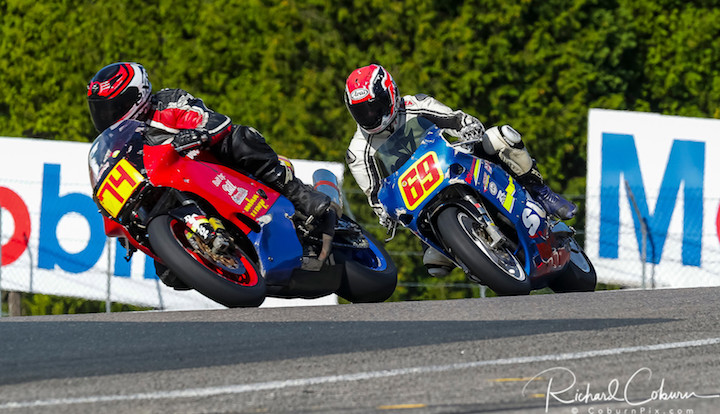 As always, the on-track competition will keep racing fans entertained when VRRA action gets underway for the 2021 season.

Racing entry is available at vrra.ca under Events. Multiple and bump up races are available for all racers including the P4 Vintage Challenge and the very popular Vintage Open. The deadline for sign up is midnight on June 29, 2021. Early entry is encouraged as some classes fill up quickly. 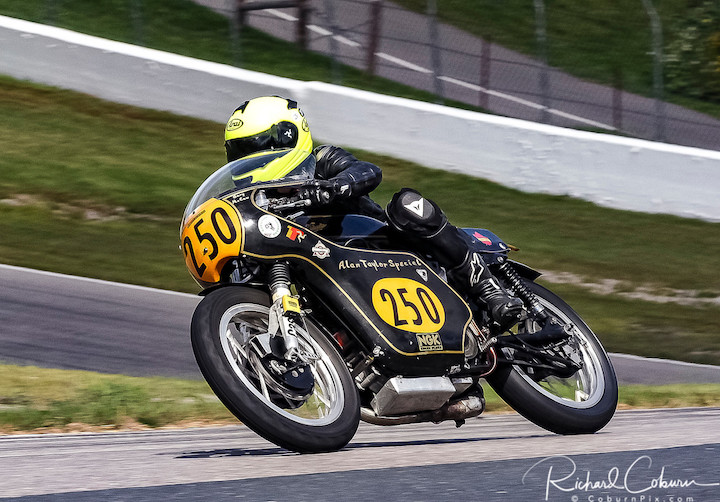