Let’s start small—literally—with the smallest-displacement model of the bunch, the Versys X-300 ABS. With more adventure-focused styling and function than its bigger Versys 650 and 1000 stablemates, the Versys X-300 uses the 296 cc parallel twin from the Ninja 300 and features a 19-inch front wheel (and 17 rear), wire-spoked wheels, adventure-style bodywork, dual-sport-minded suspension, and a low seat. Full specs, availability and pricing are TBA.

The Z900 utilizes a new 948 cc inline four-cylinder engine and, as far as we can tell, will replace the Z800 for 2017. A new trellis frame is said to be “ultra-lightweight” while a combined assist/slipper clutch is standard. Short gear ratios are used to increase acceleration. Kawasaki positions the motorcycle as a comfortable yet sporty naked bike with good ergonomics and an easy reach to the ground. The Z900 doesn’t appear to have any electronic rider aids like traction control or riding modes, although ABS is available as an option. Pricing is $9,299; add another $400 for ABS. 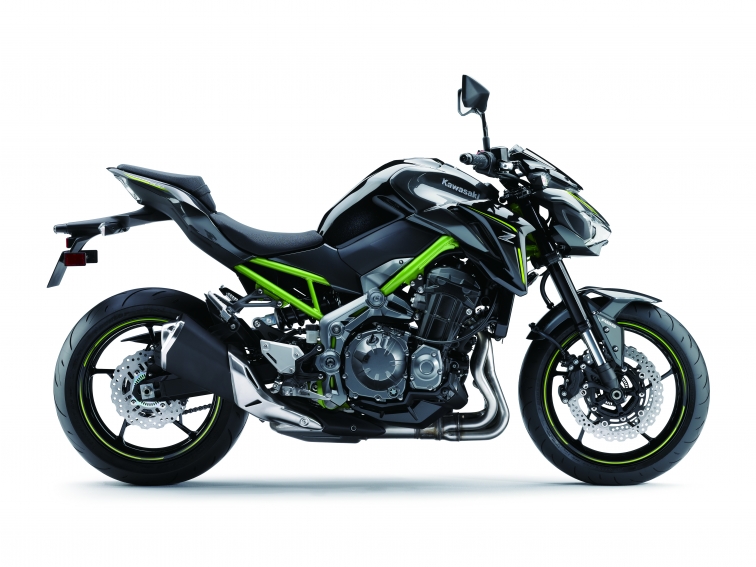 The Z650 was introduced as the third and smallest bike in the Z range (the Z1000 remains in the lineup for 2017). Using a retuned version of the tried-and-true 648 cc engine carried over from other models in the Kawasaki family (including the Versys 650 and Ninja 650), the Ninja 650 should fight for a cut of the market currently owned by the likes of the new Suzuki SV650 and Yamaha FZ-07. With true Japanese-style streetfighter looks and a trellis frame, the Z650 combines high-end style, fun yet easy-to-manage engine performance and affordability: it rings in at $7,499 (add $400 for ABS).

The ZX-10RR ABS takes the existing race-derived ZX-10R Ninja platform and brings performance “even closer to the WSBK championship-winning race bike.” New items include stronger engine cases, increased cam clearance, coated tappets, forged aluminum Marchesini wheels and a revised quickshifter that now allows for clutchless downshifts. While the ZX-10RR is completely street legal, this is a bike designed for the racetrack and features an overwhelmingly high level of chassis and engine performance as well as electronic technology. MSRP is $21,499.

The H2R and H2 are back for 2017, as is a new H2R Carbon model. Read about that in a separate press release on our site.