Saturday’s qualifying action was intense, with as many as 30 bikes per grid. Heat races determined grid positions for Sunday’s finals, with heat winners getting an extra two season points. Inside Motorcycles’ own Steve Hoffarth was incredibly fast in the P4F1 heat race, taking first over second place Bill Quail and VRRA Vice President Don Gosen in third. Hoffarth’s best lap of 1:12.9 was bested only by himself when he won the P4 Vintage Challenge at the end of the day with a best lap of 1:12.6! Collin Duncun took second and Ashton Bond third. Canada’s star and national champion, Stacey Nesbitt, finished 7thin the P4 Vintage Challenge after suffering a crash on Friday.

Overnight and early morning rain saw the Period 4 racers scrambling to install rain tires, but the racing line had dried up by second practice and they had to go back to their slicks. P3 Light saw Lee Newbury take first after suffering mechanical gremlins on Saturday. Dave Mascioli took second, with Jason Darlington in third. 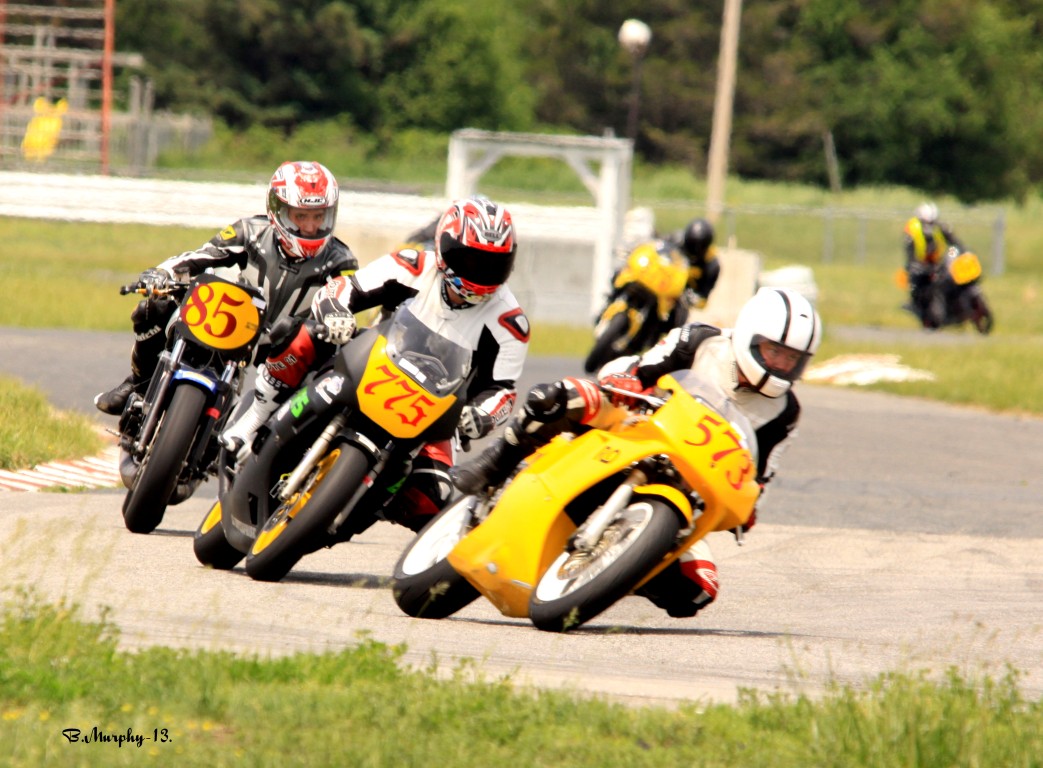 P4F3 was won by Jody Pearce with Chris Hurst in second and Dominic Aubry third. The sidecar races were dominated by another Inside Motorcycles writer, vintage contributor Dave Minnett, who won on Saturday and Sunday with cousin Dale as his monkey. VRRA President Mike Vinten got second with Mathew Gill in third

P4F2 saw David Percival, John Crossley and Chris Hurst first through third. Nesbitt finished eighth, but was only down two seconds on the leader.

P2 Heavy and Middle Weight Production are run as one race, with Peter Hurst, Mick Vaclavik and Toivo Madrus finishing 1-2-3 in P2 Heavy and Paul Brubaker, Bill Quail and Colin Fearn taking top honors for MidProd. This race was shortened by yours truly, crashing out with a resultant concussion and a broken hand.

P2 Light saw Tim Voyer take first, Pre1965-350 was won by Eric Pritchard, and Brubaker won both Pre1965-500 and P1 500. P1 250 had Stan Nicholson in first, P3-M was won by Chris Hurst, P3 H by Dominic Aubry, P1 350 by Andrelo D’Ornellas and P1 Open by Peter Hurst. P4F1 had Steve Hoffarth in first, Collin Duncan in second and Gosen in third.Guy Martin of MBP was upset when his racer, Bill Quail crashed on the warm up lap. 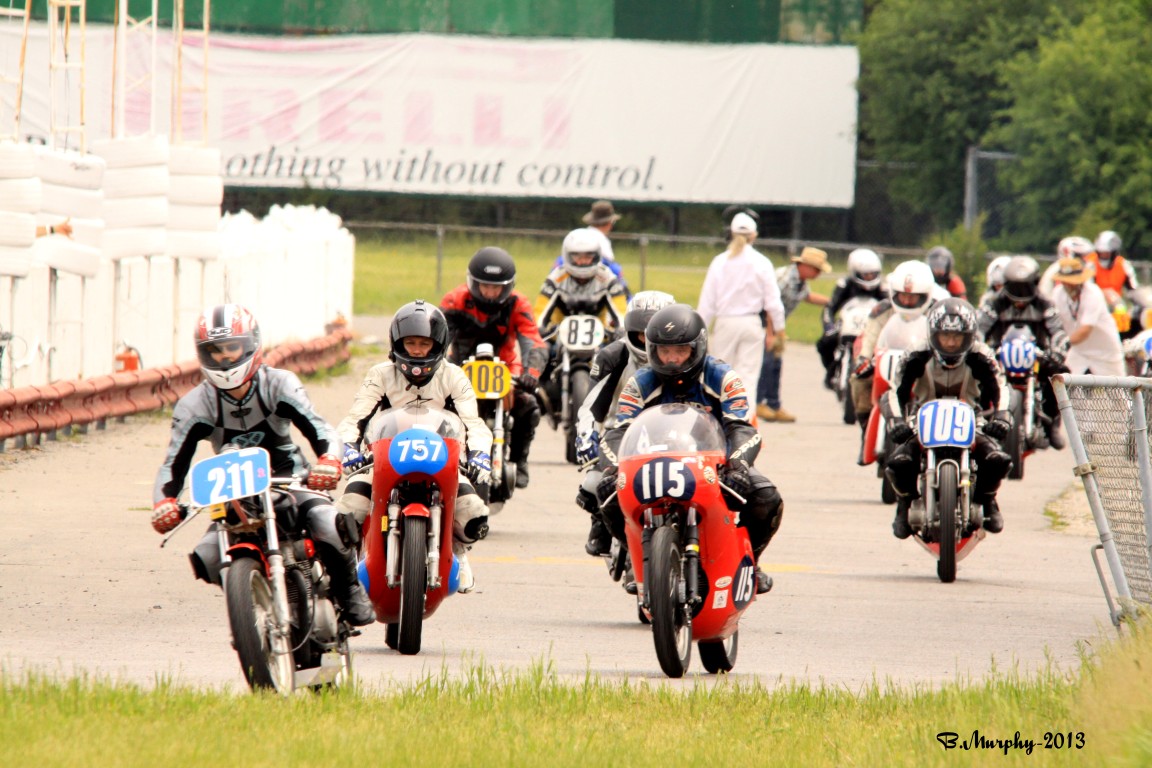 The really big news of the weekend was the new-for-2013 Vintage GP feature races – production race bikes being raced together! Nesbitt won the light class with a blistering 1:16.9 best lap, while David Percival won the GP Middle class and had the overall best GP time with a best 1:16.6.

The VRRA’s preservation of so many historical motorcycles is beyond compare. The sights, smells and sounds take you back to the 50s, 60s, 70s and 80s. Don’t miss the next round, July 6-7, at Shannonville.

– By Brian Lourenco for the VRRA