Race fans will have the chance to shoot the breeze with Canadian Amateur Superbike Round 1 race winner Steve Hoffarth and see his BMW S1000RR Superbike at BMW Newmarket in Newmarket, ON this Saturday from 10 am to noon. Hoffarth was the victor on a weekend that began in the rain but ended with sunshine and smiles at Shannonville Motorsport Park.

“This, my first national-level podium, feels like it’s a long time coming,” stated Hoffarth.  “I wasn’t sure how the weekend was going to go. We made a number of changes to the BMW S1000RR since the R.A.C.E. regional round two weeks ago including a set of Robby Moto aftermarket triple clamps.” 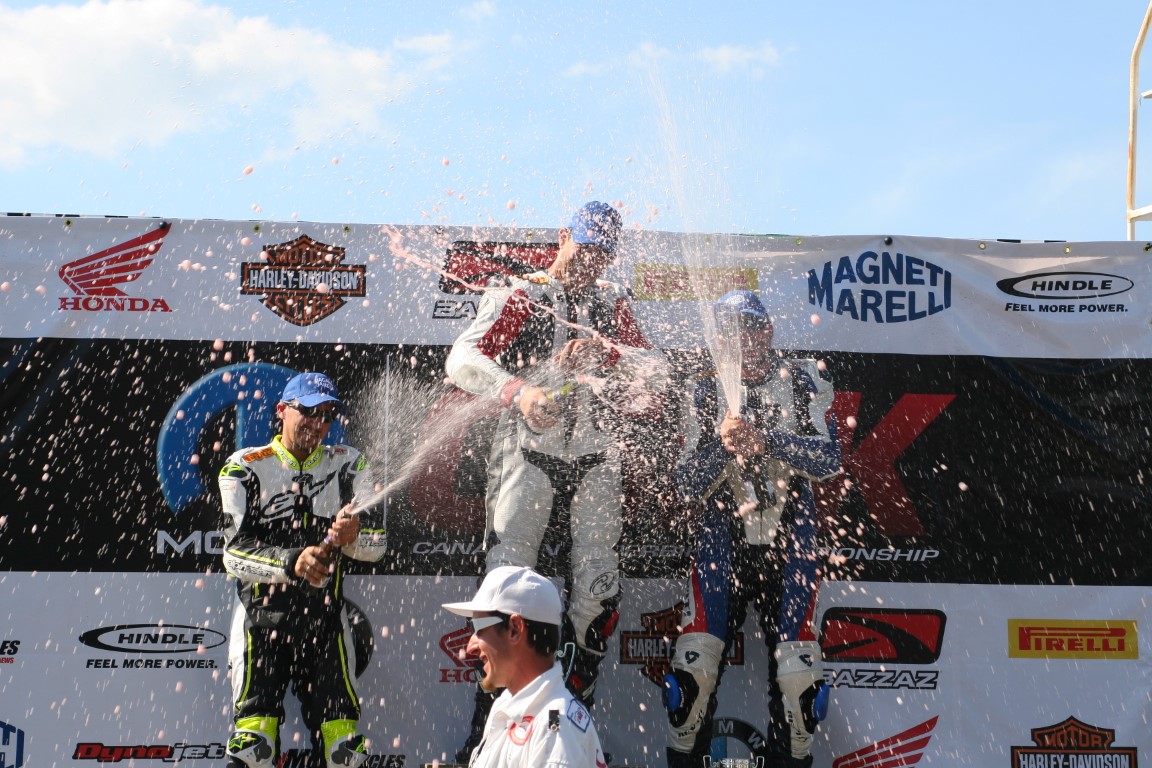 The first time the Magneti Marelli Amateur Superbike competitors saw a dry track was during Saturday afternoon qualifying. “We had only two dry sessions before the race, qualifying and the Sunday morning warm up, and in both sessions I failed to meet or better my times from the prior R.A.C.E. round,” Hoffarth recalled. “I consulted with Jon Cornwell and Steve Walker and decided to make major adjustments to my suspension.”

During the CSBK race weekend, R.A.C.E. regional support races were dominated by Steve ‘Doc’ Walker on his BMW R1200S, winning both the Middleweight Masters and Middleweight Sportsman classes.

“I was there primarily to help Elie Daccache on his Harley XR1200, but I figured I might as well bring my race bike along,” Walked noted. “I sold the S1000RR Superbike in the winter and came fresh out of a retirement (that lasted exactly one RACE regional round). I really miss it!” 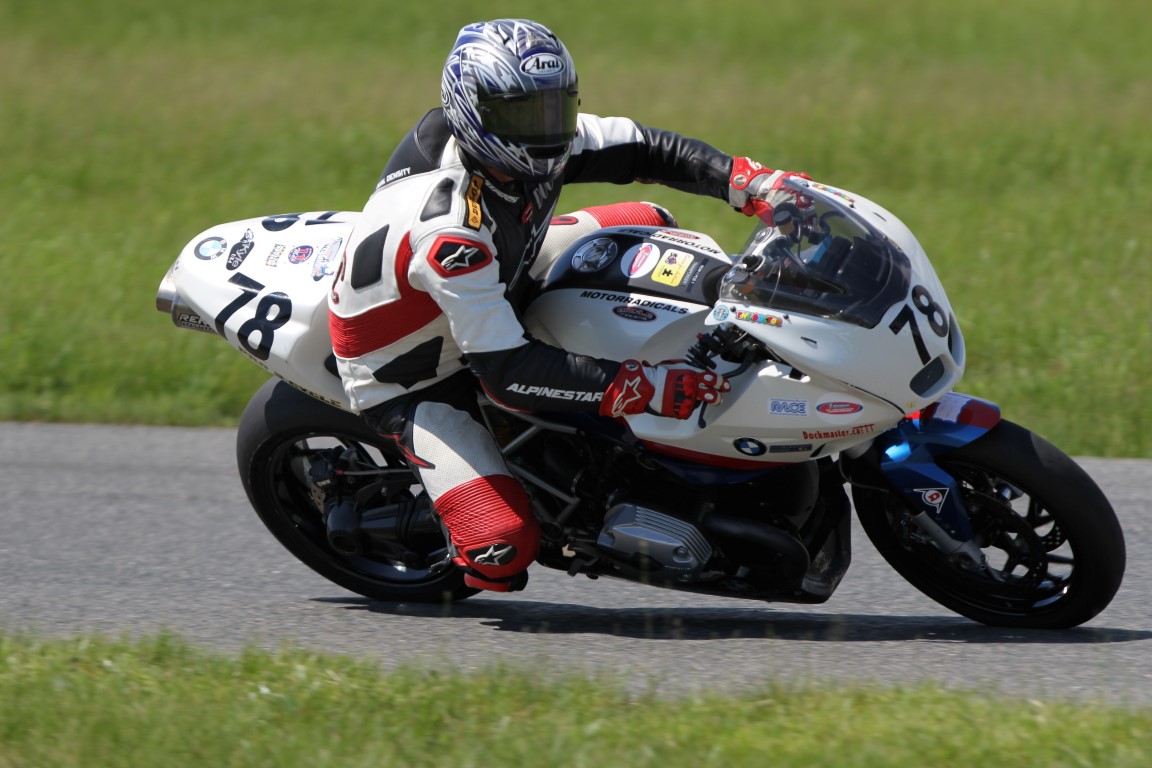 Walker and Hoffarth were back at Shannonville on Monday and Tuesday after the race as lead instructors for an Advanced Rider Training program hosted by BMW Newmarket.  Approximately 20 BMW owners took to the track to improve their breaking and corning skills.  Paul Robertson, Motorrad manager of BMW Newmarket, commented “The two Steves are so well received by our clients that it’s unquestionably the highlight of the year for many. They really relate well to our customers. I think it’s partially due to the fact that they got a late-in-life start to track riding and racing.”

Walker has been a Pro racer for almost 10 years while Hoffarth has been a motorcycle safety instructor for ten years. Sharing their knowledge comes natural for the two of them.

“The BMW engineering is really second to none, but it really is only as good as the rider on it, Robertson added.  If our ART schools can keep them safer on the streets and allow them to get more out of their machines, then our objective has been achieved.”

Hoffarth’s race-winning S1000RR will be on display at BMW Newmarket this Saturday, June 22, from 10 am to noon.  “I will be around to talk about the bike and the various modifications we have done to it,” Hoffarth explained. “I am more than happy to help anyone with their S1000RR or any other bike with general street riding tips as well as info on taking their bike to the track.”

Walker would like to thank Dunlop Tires, Pro 6 Cycle and Dockmaster for their continued support.