In spite of a terrible weather forecast, the faithful racers of the Vintage Road Racing Association headed to Autodrome St-Eustache for the final round of the season on September 7-8. Fortunately, Mother Nature (or the racing gods) chose to bless them with incredible temperatures to finish off a turbulent but successful 2013 campaign.

Chris Hurst was the big winner of the weekend, winning the Period 3 Middleweight race and taking the championship over Mick Vaclavik and Tim Whyte by just six points. He also made the podium in two other classes and rode his Andrew Cuttler-prepared Honda Hawk 650 to championships in P4F3 and F2, while his Yamaha TZ350 took him to glory in the Middleweight Vintage GP class. What a season!

National Pro Superbike racer Louie Raffa really made his presence known at St-Eustache, taking first in both the P4F3 and P4F2 finals on a borrowed Yamaha FZR400. Dave Roper took top honors in Period 2 Heavy while former national Honda CBR champion Stacey Nesbitt returned to the VRRA and took the win in Vintage GP Lightweight class ahead of Patrick Gagnon.

Inside Motorcycles’ own Dave Minnett won both the heat race and the final in Period 2 Sidecar with cousin Dale Minnett, while Jason Darlington won Period 3 Lightweight. Stan Nicholson had a perfect 4-for-4 season in the Period 1-250 class. Hats off to Neville Miller who was out there racing his beautifully prepared, pre-1950 Velocette!
Next on the agenda for the VRRA is the Annual General Meeting and Awards Banquet, to be held this November in North Bay. 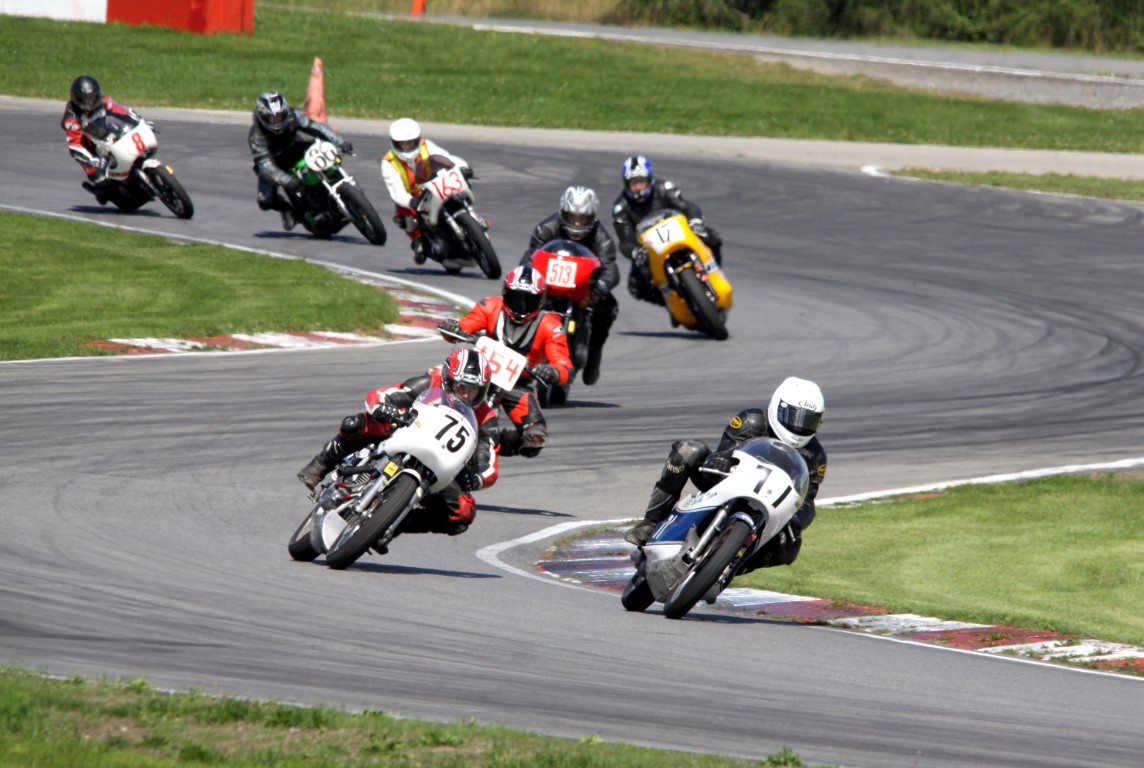 — By Brian Lourenco for the VRRA