The Vintage Motorcycle Road Racers Association (VRRA) toasted its racers this past weekend at the annual awards banquet, held at the Ramada Inn in Trenton, ON. Upwards of 200 racers, teammates and families were part of the banquet, which saw plaques handed out in all classes as well as special awards given to some of the club’s most deserving competitors and volunteers (see below) 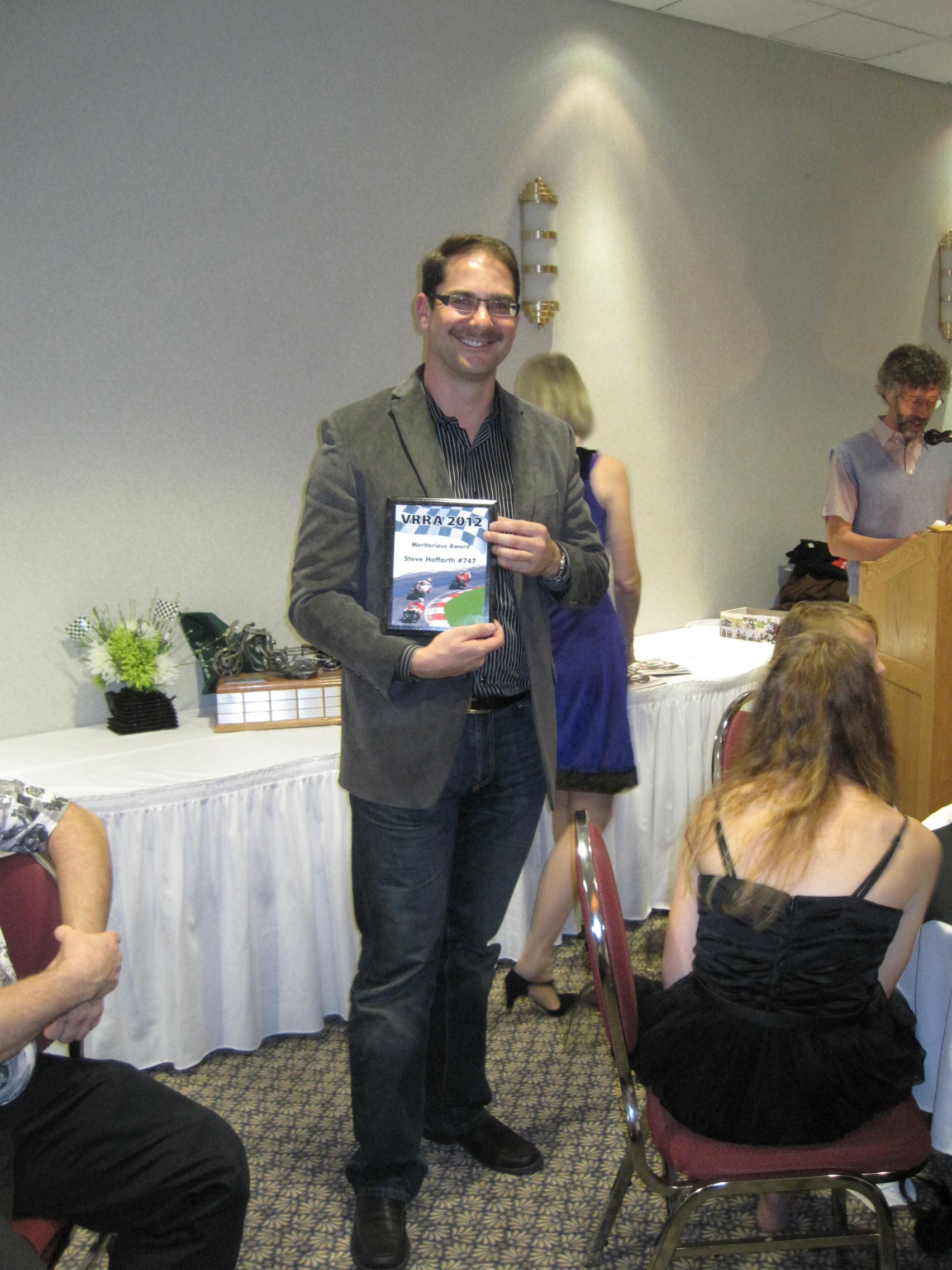 Canadian road racing legend Toni Sharpless was the Guest of Honour, and her speech about racing in the mid to late 1980s with teammate Kathleen Coburn was a hit with the crowd, who smiled and roared with laughter at her tales of racing with the boys in the good ol’ days. Dominic Aubrey was awarded the Number One plate to go with his third consecutive Period 4 F3 championship.

Inside Motorcycles’ very own Steve Hoffarth (left) and Dave Minnett (below right) both left with awards as well. While Hoffarth’s on-track participation was very limited this year, he is a major player behind the scenes with the VRRA and was awarded the club’s Meritorious Award for 2012. Hoffarth has been instrumental in the partnership between the VRRA and Inside Motorcycles, and of course, his Vintage Gone Modern column is a staple in the magazine.

Minnett, who finished fourth in Period 4 F2 and second with cousin Dale Minnett in Period 2 Sidecar, was also bestowed a special honour when he won the Len Fitch Best Borrowed Broken Bike Award for a wild sidecar crash in Turn 2 at Canadian Tire Motorsport Park. The Roger Beaumont award was awarded to VRRA President Mike Vinten. 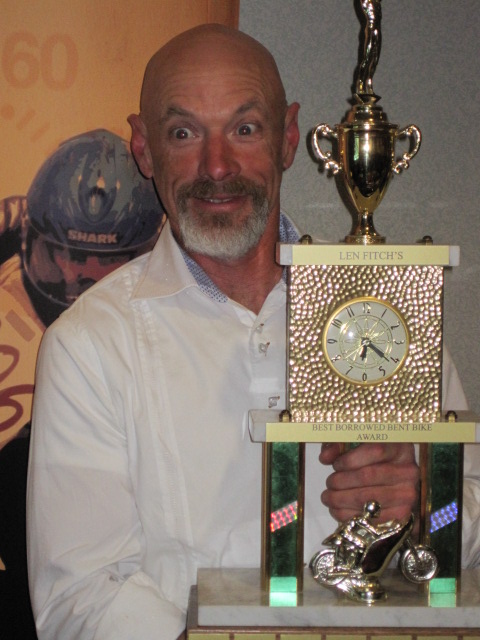 While the official results of the weekend’s annual general meeting (AGM) have not been released, one thing we have heard is that an official standalone GP class will debut in 2013, featuring authentic GP bikes from the golden years of motorcycle road racing.

Inside Motorcycles would like to congratulate all of the plaque holders and award winners!  See you in 2013!

Rookie of the year: Rick Edwards 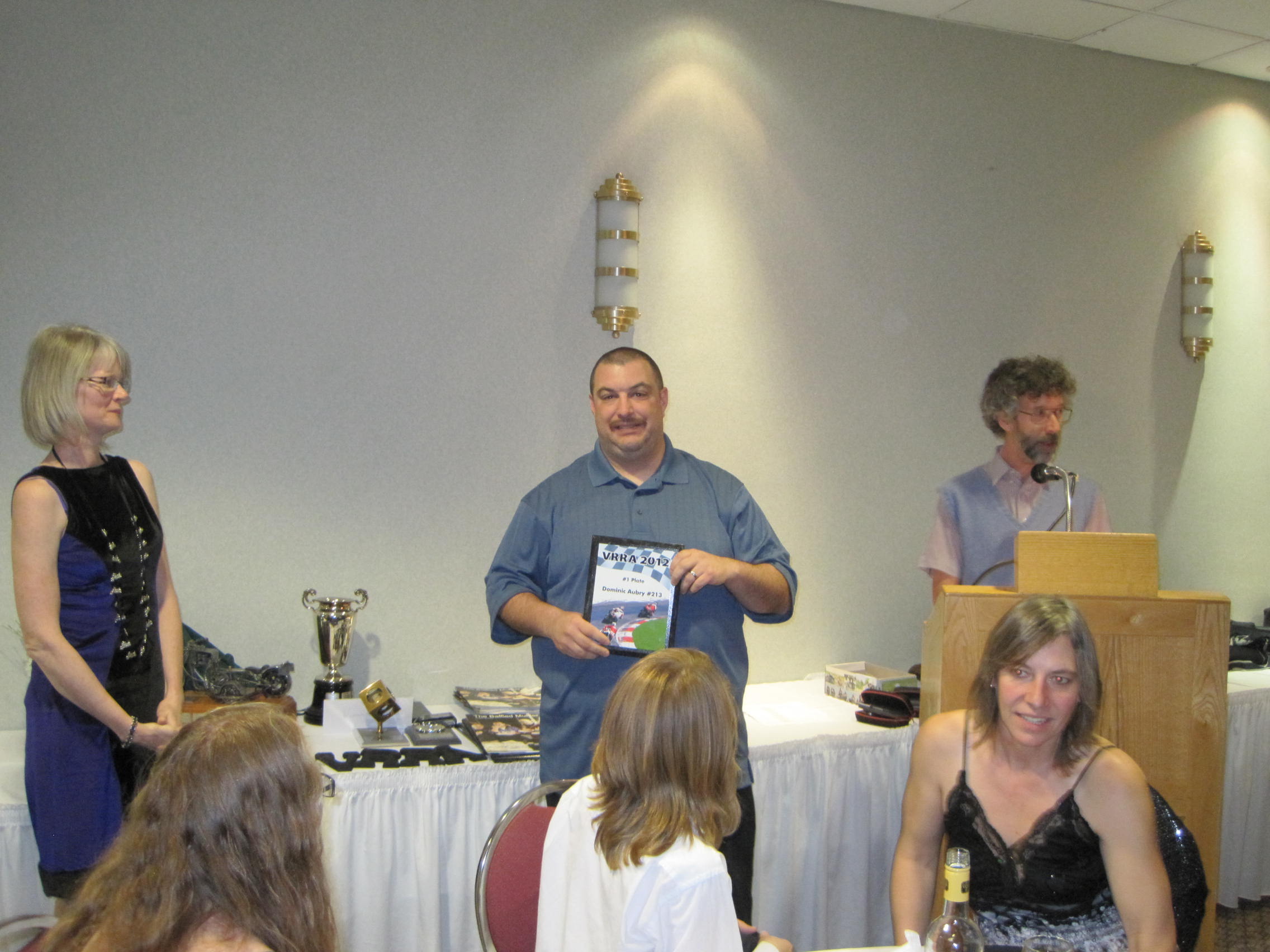 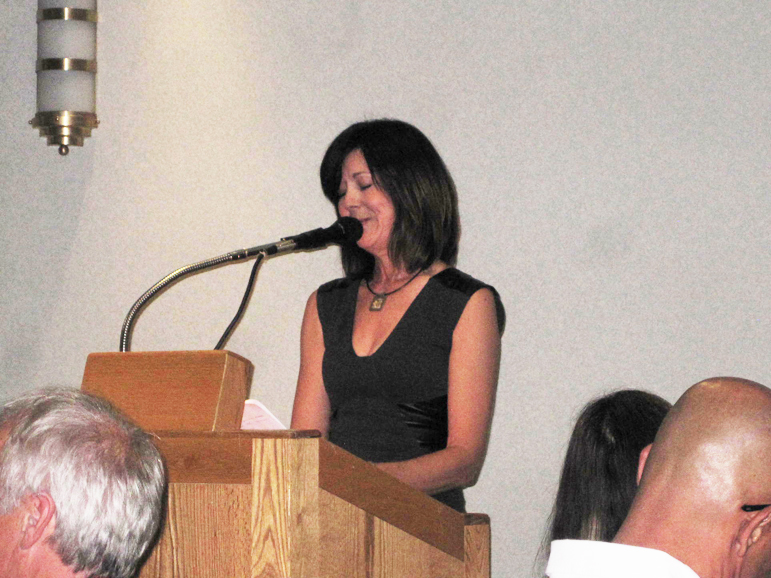 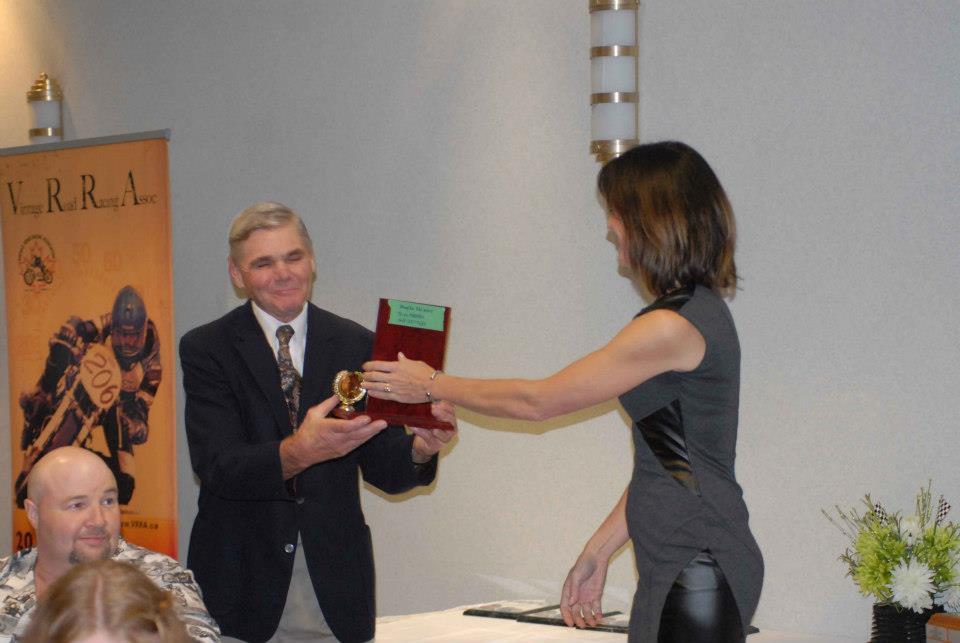 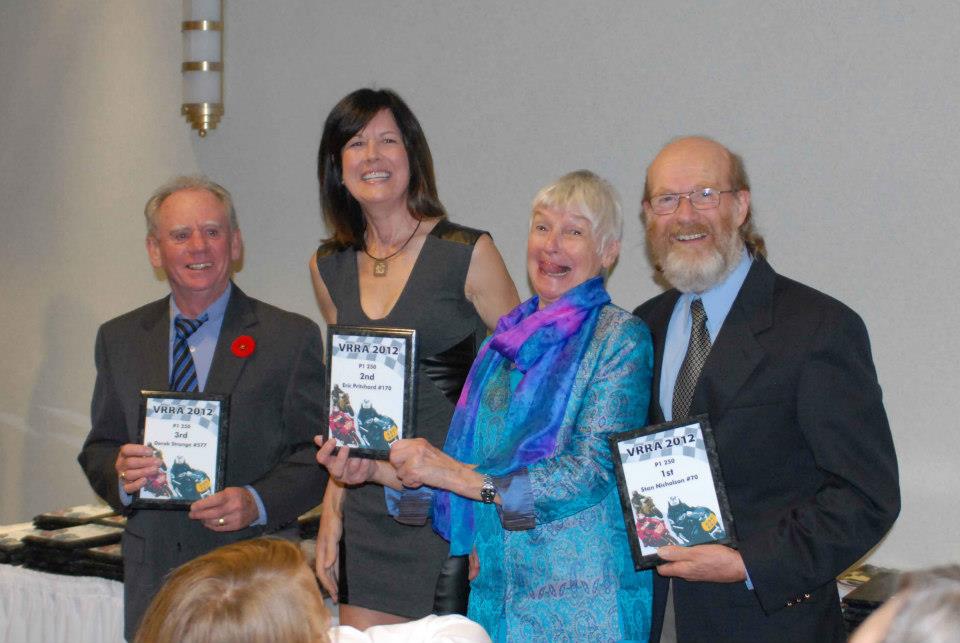 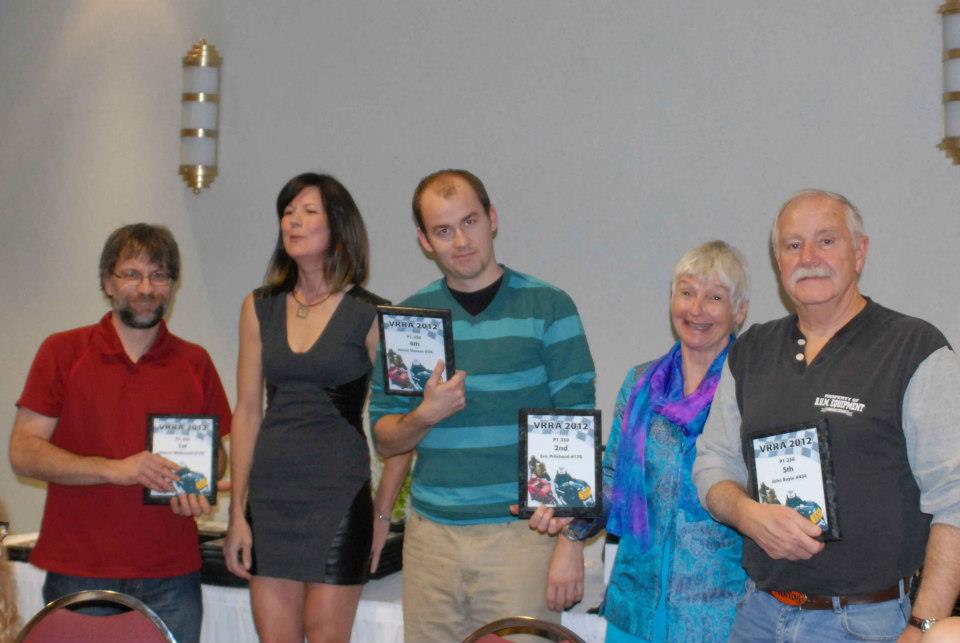 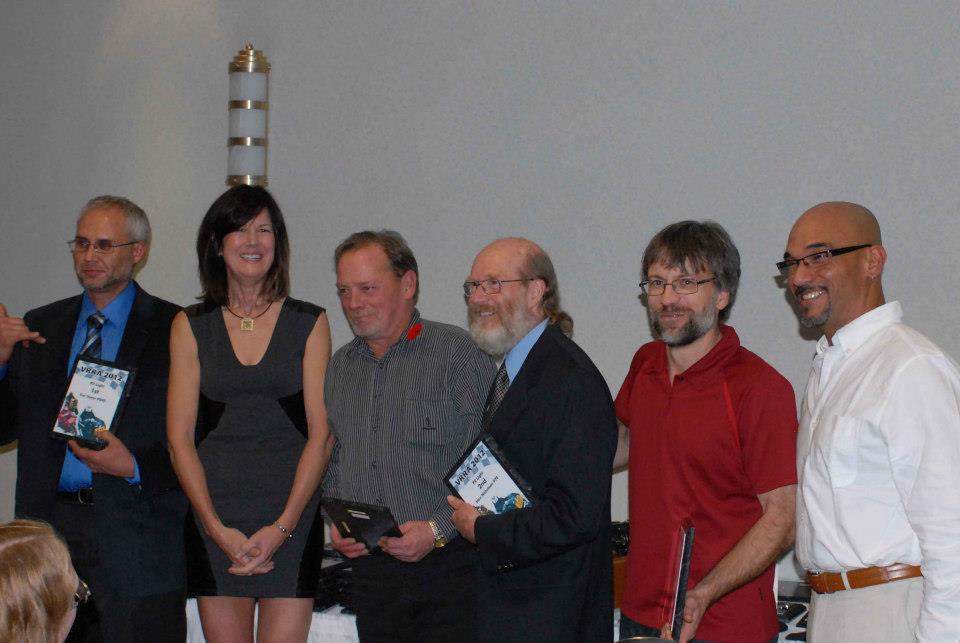 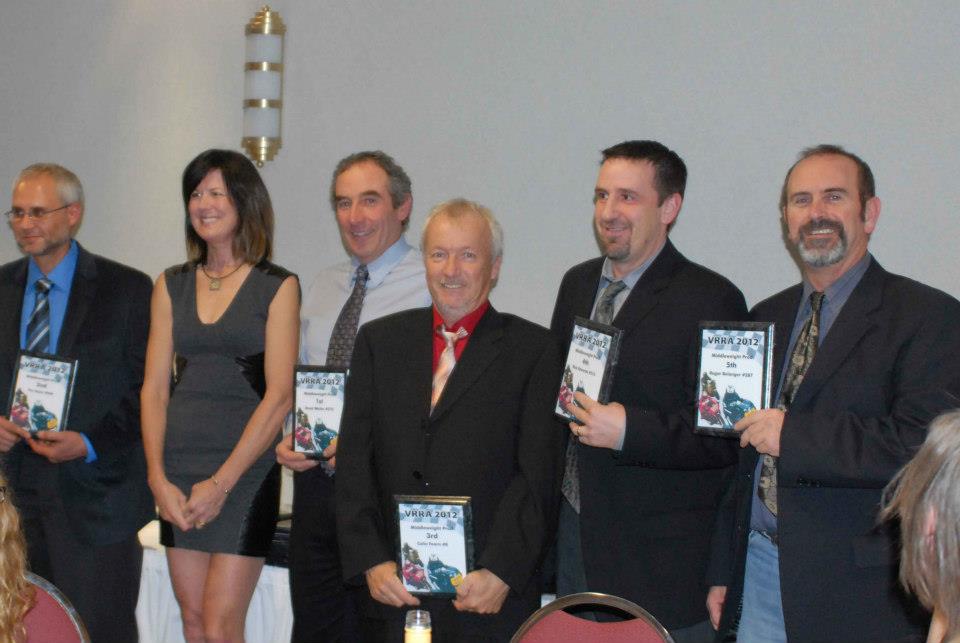 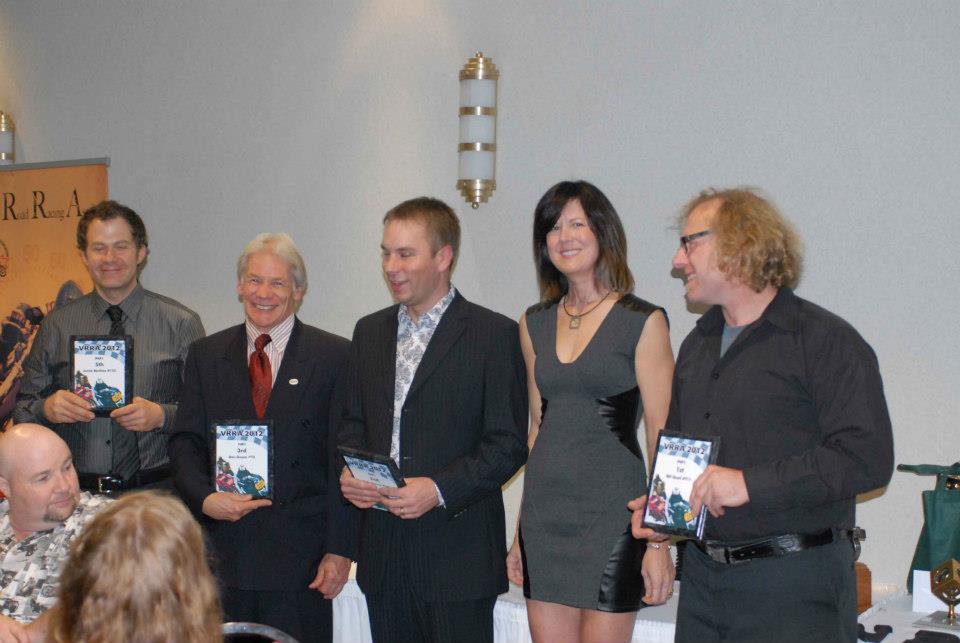 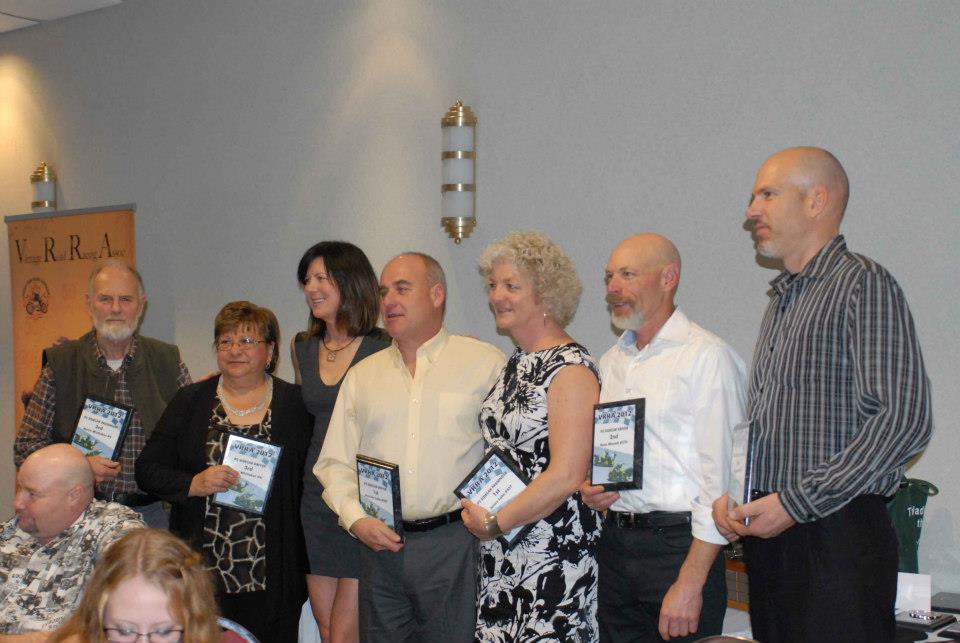