Braden Vallee is Running the National Tour in 2012

Fifteen year old Braden Vallee will once again be riding his Vallee Racing Kawasaki KX450F as he begins his assault on the 2012 Canadian flat track season.  Vallee intends to hit all of the CMA national races, as well as all of the Paris Speedway rounds.  The Kitchener, ON native is also hopeful that the schedule will allow him to do a couple of races Stateside this year.

Existing sponsors Zdeno Cycle and Inside Motorcycles will be accompanied in 2012 by Amsoil, who Vallee welcomes onboard this season.

“Boyd Leeson form Amsoil hooked up with us at the end of last year,” Vallee says.  “They make a good synthetic oil so they will be a welcome addition to the team.”

After a solid finish to the season in 2011, Vallee is hoping that momentum will carry forward this year.  “Last year was a bit of a struggle at first because I rode three different bikes,” he admits.  “But I ended the season with a couple podiums, so that was good.  The goal this year is to make it onto the box every race.” 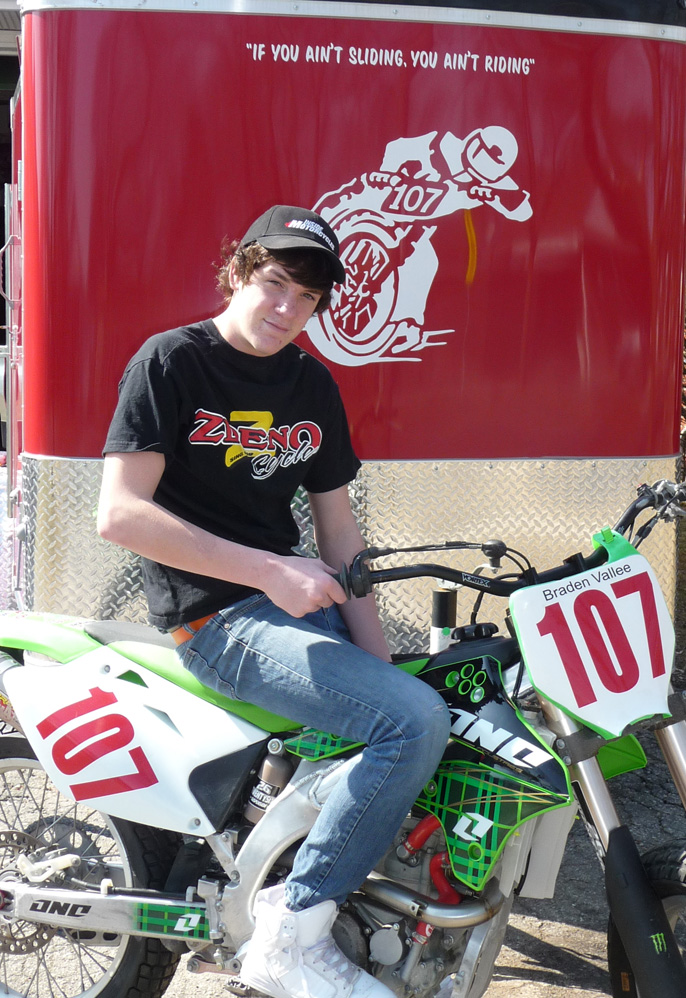 You can catch Vallee in action at his first race at Paris Speedway on May 25th.  The team’s first CMA national series race will be June 2nd at Niagara Motorcycle Raceway in Welland, ON.