The Vallee Report – The Kids Are Alright – Update from the US

Despite Canadian riders having no series to compete in 2020 due to the pandemic, 2021 seems to be coming up roses for Canadian racers. While Flat Track Canada has its first event in nearly two years set for July 3rd in Walton, a couple of Canadian kids are doing their best to put Canadian racers back on the map stateside.

Just a few weeks after watching NKR Canada’s Hunter Bauer qualify for his first ever AFT main event in only his third try, two-time Canadian Champ Dustin Brown upped the ante making the main at the OKC Mile in his maiden voyage on the Justin Jones Honda CRF 450.

With the OKC Mile a scheduled double-header, the Canadians would have two chances to make an impression but ultimately both riders made a splash on night one with Bauer qualifying comfortably inside the top ten and Brown less than half a second behind Bauer. In the first ever race on a mile for both riders, they would both encounter some challenges in their respective semi-final races.

Brown was in semi number one and after putting on his game face he was forced to sit through a 45-minute delay as they waited for the sun to set so it wouldn’t impair the rider’s vision. Then after finally starting, a horrible looking crash on lap one by fast qualifier Trevor Brunner added another long delay as they waited for an ambulance. Thankfully Brunner turned out to be ok and actually came back to race the next day.

As Brown’s semi finally got underway he put on a hell of a charge from the eighth starting position and was in second place coming out of turn two. Briefly in a battle for the top three, Brown slipped to fourth on lap four before crossing the line at the finish in eighth place which was good enough to put him in the final. Meanwhile Bauer encountered his own set of problems in his semi race. Scheduled to start third, an anxious Bauer was caught creeping at the line which resulted in him being sent back to row five all by himself. Riding like a man possessed, Bauer charged from the back, at one point running as high as fourth before settling for fifth at the finish. Despite problems for both riders, the AFT announcers were raving about both of them as they headed into the final. 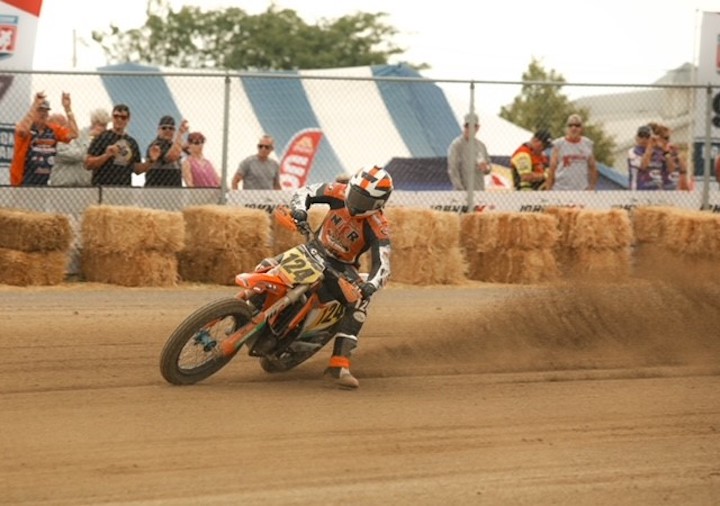 The final race saw Bauer lining up on the third row while Brown was starting one row behind him. Despite all the optimism it wasn’t meant to be for the Canadians on this night however. Bauer was running as high as fifth in the final before having his engine expire on his Waters Autobody/NKR Canada KTM. Meanwhile Brown was struggling with suspension problems and eventually had to pull off before the end of the race.

Night two at OKC saw an excellent qualifying effort once again by the Canadians with Bauer setting the third fastest time in the sessions and Brown safely inside the top ten. Night two wasn’t as kind to Brown in the semi however as he would fail to qualify for the final with an 11th place finish while another Canadian rider, Trent Pickle failed to make the final after finishing 14th on a bike that is pretty well stock and a few horsepower short of what his competitors are riding. Bauer was on fire on night two on his back-up bike and had an inspired ride to third in his semifinal. With a second row start in the final, Bauer charged to the top of the track where no other rider dared to ride, showing the AFT fans the ‘Canadian’ line as he circled the track. Bauer was in third place for seven of the fourteen laps in the final before slipping to fifth at the finish.

Despite not making the podium, Bauer was absolutely jacked at his ride on night two. “Coming out of the tunnel for my first ever walkout was surreal. Being out there with so many talented riders and having all the fans so amped was awesome. My team and I overcame some obstacles and I had to jump onto the B bike. There was a turtle with a death wish on the back straight and I had Andrew Luker’s chain smoke off my shin and then wrap around my left foot. Try shaking that off your foot while ripping down the back straight! Had P3 for a bit in the final and ended up P5. I had such a great time.” Brown was equally enthused at his efforts on the weekend. “We were not prepared at all for this race and just winging it. Had some fun and got to race again. I needed my suspension done to do some damage out there but we were still able to make the main event on Friday. We will be back with a stronger set-up in Lima and going for the win.”

As mentioned by Brown, the following weekend was the event in Lima Ohio. A pea gravel half mile, Lima is the track on the AFT circuit which is most like many of the tracks back home in Canada so big things were expected of the Canadians on this day.
It was Browns turn to shine in qualifying at Lima as he set the third fastest time of the day while Bauer was a bit farther back but easily inside the top twenty. Semi-final action for Brown saw him briefly challenge for the lead before settling for second place at the finish which would give him an impressive front row start for the final. Bauer started eighth in his semi and ended up having a lonely ride to fifth place. 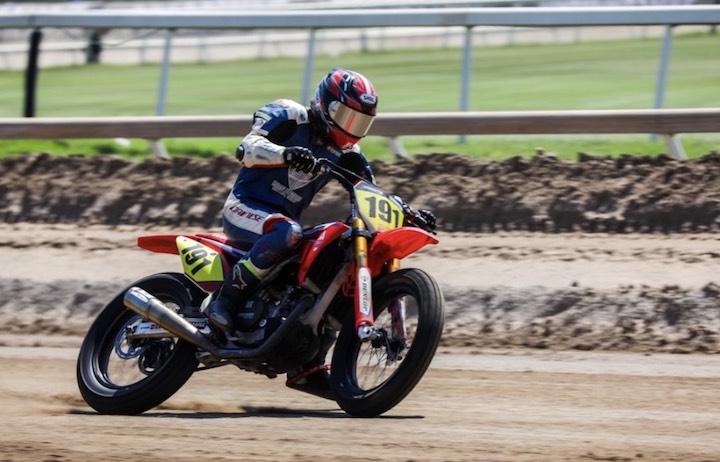 In the main event, the Canadians joined the rest of the riders as they battled ever changing track conditions. The end of lap one saw Brown sitting in seventh while Bauer was doing his best to fight through the field and was sitting in ninth. Sadly the Canadians would not be able to improve their positions as Brown saw the line he was using go away and he finished seventh while Bauer fought off bike gremlins before falling to 14th at the finish.

As mentioned earlier July 3rd will see the start of the 2021 Flat Track Canada season. Scheduled as part of the Walton TransCan weekend, information on the event can be found at flattrackcanada.com. 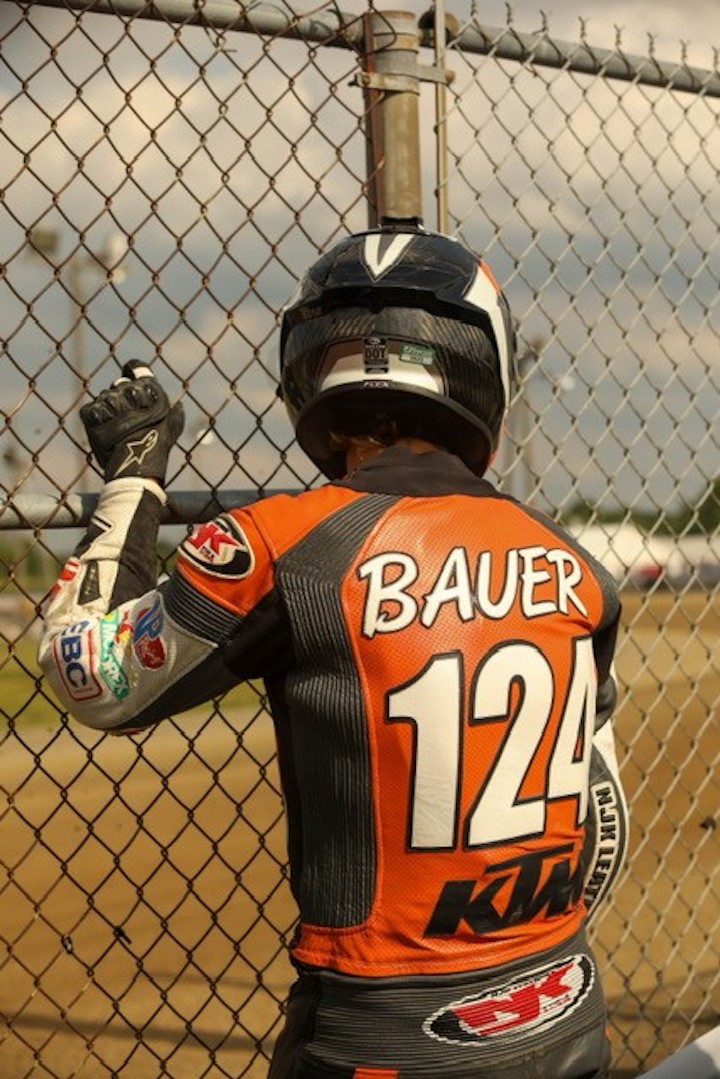 It’s coming home: WorldSBK heads to where it all began at Donington Park