The Vallee Report – Fathers and Sons

Gary and I have been buddies since way back in high school. That’s about 37 years ago for those keeping track. Gary was one of the first kids I knew that rode a motorcycle to school. It was an old Honda 450 if I recall and although it wasn’t a racing machine by any means, it still made him pretty badass in my books. Gary was also the first person that I actually knew that started going to Shannonville to watch motorcycle road races. Up until that point I had only heard rumors of this mythical chunk of tarmac where motorcycles raced at death defying speeds, so knowing that Gary and his older brother Al had been there only made me want to hang around Gary even more.

Gary and I lost touch for a few years when I moved, but we somehow reconnected in 1991 when I was road racing and he was the logical choice to join me on my racing trip to Nova Scotia. A great weekend was had, but again we lost touch for a few years before meeting up again accidently at Mosport. It really wasn’t a surprise to meet up with him at a race track of all places, but then for a third time we got separated for years (really started to feel like it’s not you it’s me). About seven years ago Gary’s wife made a Facebook account for him (Thanks Heather), and I was able to find him one day while searching for people from the past. Now, despite living half an hour apart, we hang out on a regular basis and he is among my closest friends and of course motorcycles are a huge part of our kinship.

Gary and Al grew up just outside of Brockville Ontario in a little town called Lyn. While neither of them ever raced, they were fortunate that their parents Fred and Marilyn were supportive of their passion for bikes, even helping them buy a Honda Z50 which was their first ever bike. “We collected bottles and searched for and sold golf balls to pay for our half. The support was always there though. Dad put on lots of miles driving to pick up bikes for us, and he was the one that picked up my Honda CBR600F2 in Hawkesbury which was the first new motorcycle I ever bought.

In 1997 Al relocated to Greensboro North Carolina for work. While the brothers still shared their love for motorcycles, they would now have to share that passion via phone calls and years later texts and emails.
Early in 2020 the family received some devastating news as Fred was diagnosed with aggressive terminal brain cancer. With working at home in full swing, Gary and Al were both able to pack up and head back to the family homestead in Lyn to spend valuable time with dad and offer support to mom. While neither brother would know it at the time, this time together would also allow their mutual passion to blossom in the form of a much needed escape from the current situation.

One day on a whim, the brothers picked up an old Goldwing that wasn’t running with the hopes of getting it road worthy again. “I think we needed a little bit of a distraction. Something to pass a little time, and clear some negativity out of our minds for a bit. We actually borrowed $300 from dad for that first bike. It was a way for us to spend time together and dad got a chuckle out of it”. After a few days of fidgeting they got the Goldwing running again and before they knew it the bike was off to a new owner and they had even made a few bucks along the way. “At that point we tried to give dad his $300 back but he wouldn’t take it. He just laughed and told us not to worry about it. I think he knew we were having fun.” 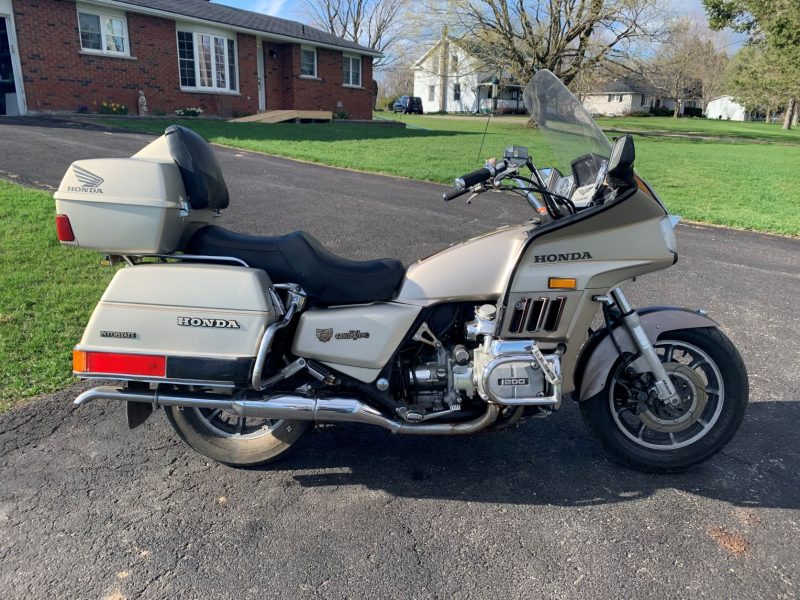 Over the next couple of months they bought several more bikes and through the combination of working on them and riding them, they would not only pass some time, but bring some joy to dad as well. “We would work on the bikes while dad was resting but every day we would give him a progress report. We would hook our phones up to the tv and show him videos and the latest photos from our projects. Seeing his smile when he looked at the before and after pics made it all worthwhile.”

With four out of the first five bikes they bought not running, there was a bit of a learning curve for somebody that doesn’t consider himself a mechanic. “Al is much more mechanically inclined than I am but I was amazed at the tips and pointers that I picked up off the internet. Didn’t really seem to matter what the problem was, there was always some kind of trick available online to fix it.” As they fixed and sold the bikes, Gary also came to appreciate the unique stories that the buyers as well as the sellers had. “Although nobody was in the same situation as us, they all had their particular reasons for making the transactions. Some of the sellers were just looking for a little bit of cash for a new hobby and many of the buyers were looking some sort of COVID project to pass the time. One of the buyers even contacted Al because her husband had owned the same type of bike when he was younger. Since there were no vacations planned she bought it for him as a surprise. She’s a keeper!” 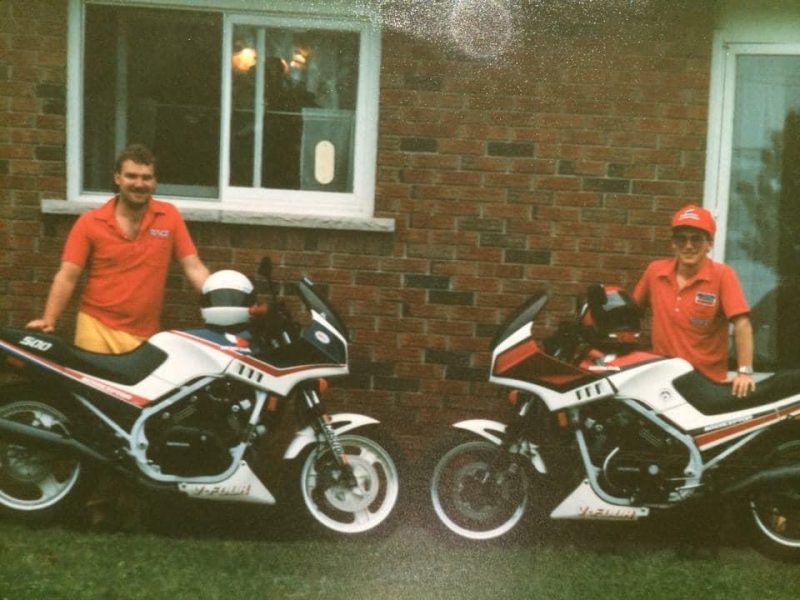 Among the bikes they purchased were a 1984 V45 Interceptor and a VFR 750, very similar to the bikes they owned 34 years ago. After dealing with some tricky carb issues on the VFR and getting both machines running, Gary and Al were able to suit up and go for a ride together for the first time in over three decades. “It was pretty cool riding with my big bro again. We even recreated a photo at the same house, just 34 years later.” 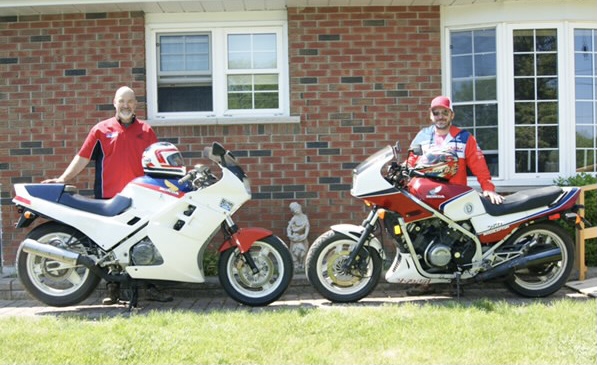 Gary uses the V45 as his daily ride and is amazed at the comments he receives from people regarding the older machine. He plans on having the VFR back on the road next season but sporting new Rothman’s Racing graphics. The borrowed $300 was returned to dad despite his protests, but I’m sure in hindsight it was among the best $300 ever spent by Fred given the joy it gave him over his last few months. As he looks back on the last six months with mixed emotions, Gary tears up through a slight smile. “Dad lost his fight on the first of June but he lives on in our bikes and in our stories. He’s a part of way more than he will ever know.”