The Vallee Report – Christmas in July

To say I was excited would be an understatement. Flat Track Canada had their first national event in nearly two years last Saturday and the anticipation level for me was almost measurable. The night before the event I can only describe the feeling I had as comparing it to a small child on Christmas Eve. That child is torn between wanting to fall asleep so Christmas day comes earlier, while at the same time somewhat trying to stay awake with the hopes of not only seeing Santa, but also whatever goodies are being left under the tree. While I knew when I went to bed Friday night I wouldn’t be seeing Santa or any presents under the tree the next morning, I was very excited to see some racing and perhaps even more excited to see some great people that I hadn’t seen in almost two years. Adding to my excitement of course was the fact that I would be announcing the race from the booth with my partner Brian Koster, and to top it off we were going to be broadcast on live television for the first time.

Waking up on race day the first thing to check of course was the weather forecast. After looking iffy for much of the week, it looked like the weather gods were looking forward to seeing some racing as well, as the chance of rain during our event had dropped significantly. It almost felt like old times (pre-pandemic) as I hopped in the car to head to the track with the biggest difference from most other trips to the track is that this time I was alone. Although my wife and daughter were also going to the track that day, they weren’t quite as eager as I was so they planned on leaving a couple of hours later.

As I drove to the track, no doubt with a dumbass grin on my face, I was eager to arrive at my destination as early as possible. I’m not going to lie, when the traffic got backed up on the QEW for about 45 minutes I started to get a bit anxious which was silly considering I was still on pace to arrive hours earlier than needed. When traffic finally did clear up, despite being way ahead of when I actually had to be at the track, I am pretty sure I pushed the gas pedal down just a little bit harder and might have turned up my ‘80s tunes just a little bit louder.

Arriving at the track, I jumped out of the car and was off in search of familiar but long missed faces, as I looked forward to two years worth of updates as well as some bench racing. I didn’t have to wait long to start talking as I hadn’t even made it into the pits yet before becoming engaged with Brent Thompson and then shortly after by Scott Buchan. Finally making it into the pits the conversations continued as I met up with Chris Evans, Tyler and Brandon Seguin, Marc and Adrian St. Amand, Doug Lawrence and his wonderful family, and the list goes on. 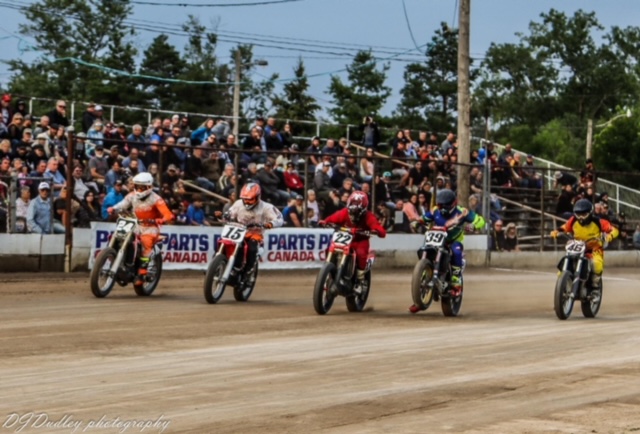 About an hour into my talking tour I started to realize I should slow down a bit on the vocalizing or I could be in danger of losing my voice later on as I was announcing. My wife and daughter had arrived at this point so I said a quick hello to them as well as my daughter’s fiancé Logan Wilson and his parents. After that short visit I climbed into the announcing tower where racing action has been called for an amazing 51 years. As the crew from Hills Productions set up our equipment, I was pumped as the familiarity of the setting began to set in. Trying on my headset again for the first time in forever, I am sure that I once again had that dumbass grin which most likely looked a little strange to anyone on the ground that could see the solitary figure in the tower. Ah yes, welcome back to my happy place. 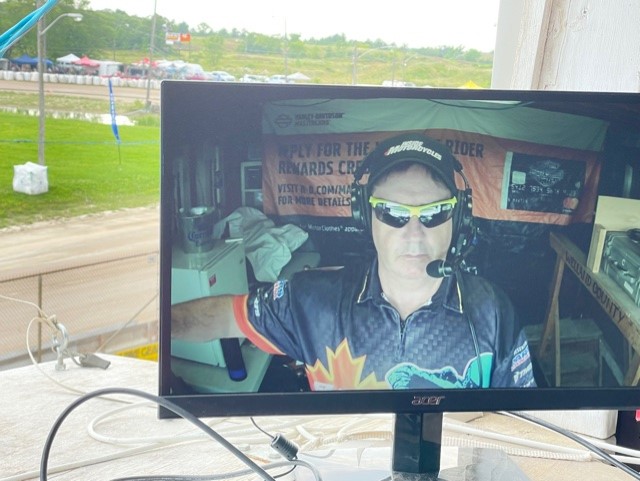 When my partner Koster arrived and the racing action actually began it was just like old times. We had a few minor glitches in our production, but those will be worked out going forward. It felt great to go back and forth again with Koster on the mics, and despite the huge gap between races for us, it felt just like old times other than us possibly popping a few more cough drops than usual. I guess I should admit that I chugged some honey right out of the bottle a few times as well as my vocal cords were out of practice after a couple of years off. I won’t say much about the actual racing on this night other than it was incredible in literally every class. Check out Colin Fraser’s blog from last week if you would like a good recap of the racing action but I would like to congratulate Hunter Bauer though on his first ever Open Expert victory. Hats off to Welland County Speedway for all of their hard work on the track over the past year which produced the best racing I have ever seen at that venue. Thanks to Flat Track Canada for providing a great series for fans like myself and a huge shout out to every single rider who hit the track on Saturday night because you put on a hell of a show. 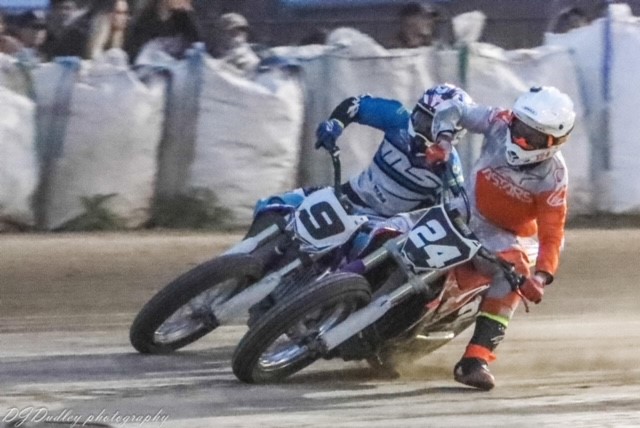 This is an off weekend for the FTC series but August 14th we are at it again as the series will make a stop at Humberstone Speedway for the first time. Only six more sleeps and believe me I am already getting excited.

Sorry Santa. I think Christmas came in July this year.