After missing out on making the main event by one position at Volusia Half Mile 2, Hunter Bauer went one better this past Saturday. Racing in the AFT Singles class at the Route 66 Speedway half mile, Bauer finished eighth in his semi-final which was good enough to give him the final qualifying position for the AFT singles main event.

After missing making the final in Florida by one position way back in March, Bauer was chomping at the bit to hit the track and it showed early on in Joliet. Riding his NKR Canada, Waters Autobody Racing KTM, Bauer took an instant liking to the track and after the first practice session found himself in second place on the leaderboard. Although he fell back to 18th and 21st in the two qualifying sessions, Bauer was still within half a second of the leader’s pace in both rounds. With qualifying over there was hope of making the main event but Bauer knew he would be charging from the back of the pack. 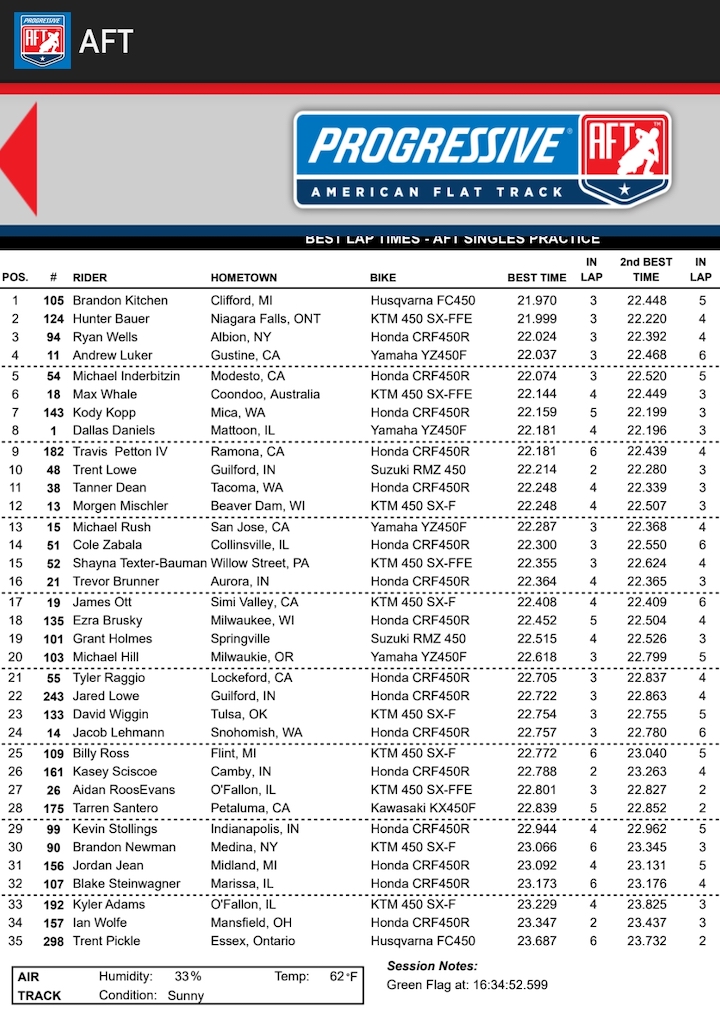 With semi-finals being a short eight-lap sprint it looked like Bauer could be out of luck on making the main with a few laps to go as he seemed to have stalled his charge through the field and was stuck in tenth place. With just a couple of laps to go however, Bauer dug a little deeper making it past two more riders and giving him the eighth and final qualifying position for the main, sending some very talented riders to the sidelines for the night including former class champion Ryan Wells. 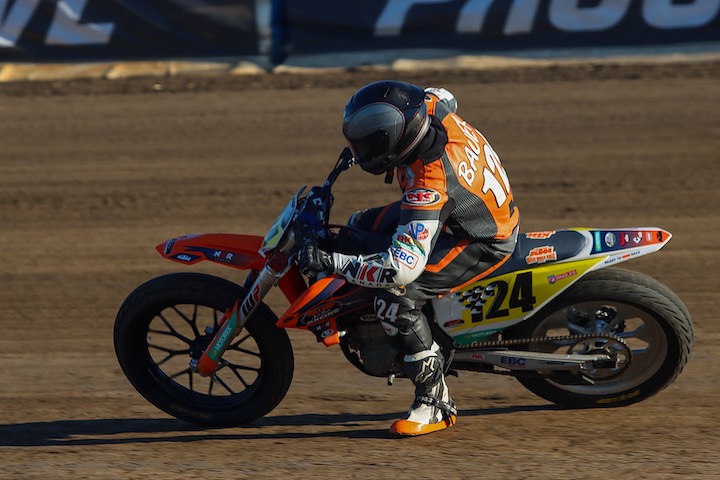 While making his first main event was a huge accomplishment, Bauer was no doubt hoping to crack the top ten in the final in the ultra-competitive field. When the pack set off in the final Bauer got an amazing start from row four but sadly for him so did everyone else. Bauer fought as high as 13th in the race but when the checkered flags had waved he crossed the line in 15th place with his fastest lap time just two tenths of a second off of the leader’s fastest time. When contacted after the race, Bauer responded with the enthusiasm you would expect from a teenager racing against some of the best in the world. “I’m super stoked just to be here for this opportunity to race with the best and the fastest around. Guys whose posters that I have that I have watched while growing up. Just to be here rubbing elbows and racing with them is out of this world. I’m having a blast and words can’t describe the feeling I have in making my first main. There are so many riders fighting for one tenth of a second. I’m just super pumped to get in the main in only my third AFT race. So many fast and talented riders don’t make the main on any given night. I’m going to soak all this in, keep gaining knowledge, and improve every time out. I’m hoping for a top ten by the end of the year.” 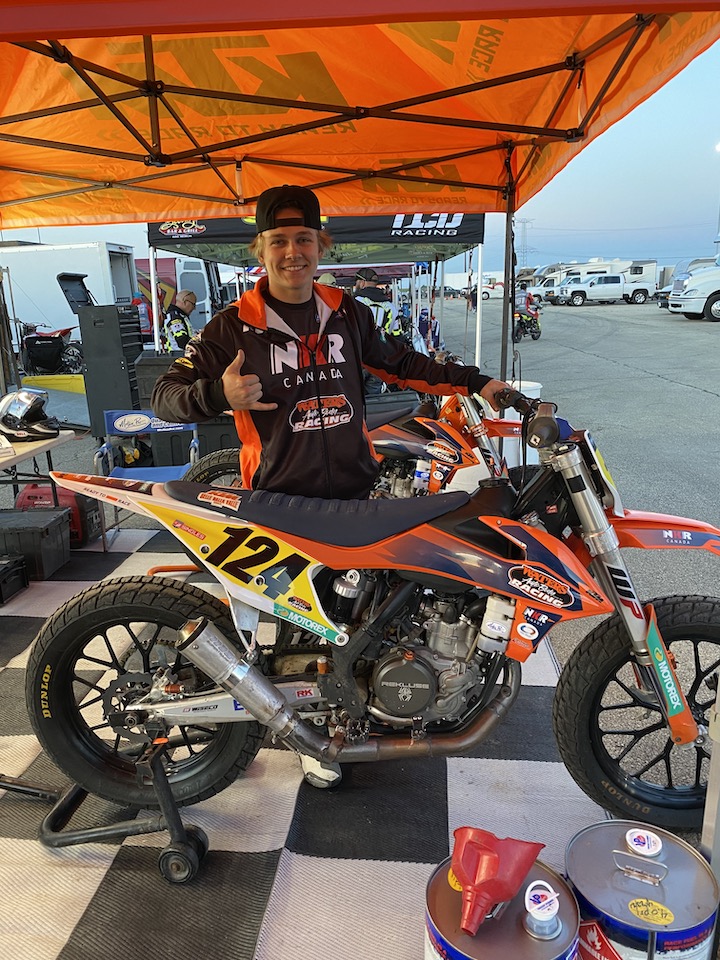 Trent Pickle’s day didn’t start quite as well as Bauer’s as he found himself 35th after the opening practice session. Pickle found some more speed in the two qualifying sessions however and found himself in 28th and 26th when the two sessions were completed. Unfortunately for Pickle he found himself slated in the same stacked semi-final as Bauer which not only included two former class champions but the winningest rider in Pro Singles history as well. Getting an absolute flyer of a start from the back row, Pickle found himself in eighth place for a few laps as he fought hard trying to secure the final qualifying position for the main event. Sadly Pickle was unable to keep the hungry dogs at bay behind him and at the checkers he had fallen to 13th. While disappointed he was unable to make the final, Pickle had a great ride on his Gimoto, Ryno Power, Vortex, SPH Motorsports, Fast Eddy Trucking Husqvarna FC 450.

Next round for Bauer and Pickle will be at the Oklahoma City OKC Mile in three weeks as AFT holds a double-header at the track on June 18th and 19th. They will be joined at that round by another Canadian as two-time Flat Track Canada Champion Dustin Brown makes his AFT debut. Brown will be piloting a 2020 CRF 450 supplied by former AFT and Flat Track Canada competitor Justin Jones. While this will be Brown’s first time mixing it up in AFT competition, he is hoping his championship pedigree will shine through and allow him to battle with the leaders right away. Although it will be Bauer and Browns first time on a mile, Pickle has rode the big tracks before so look for him to share pointers with his fellow Canucks. Brown has also committed to the Lima round following Oklahoma and hopes this will be a stepping stone to a full time ride next season.

After the recent three step opening plan announced for Ontario, Flat Track Canada president Aaron Hesmer is optimistic a racing season can be salvaged in 2021 after being shut out in 2020. Hesmer acknowledged that Quebec will be open for racing for sure and while the current plan in Ontario may cause a few setbacks, he is confident that with vaccination numbers going up that his series will be able to once again host racing this year.