The Charlotte half mile played host to the final event of the 2021 AFT season and pre-race excitement was high as the championship was on the line in the Mission SuperTwins class. After a year which saw JD Beach hold the points lead briefly and championship contenders Sammy Halbert and Brandon Robinson have their once promising seasons derailed by injuries, as predicted early on the title came down to a battle between Jared Mees and Briar Bauman who just happened to have each won two championships in the The past four years.

The fact that Mees was even in the hunt at all was a surprise to some as at one point in the season he found himself 34 points behind Bauman. After injuring his knee in a motocross training incident it was obvious that Mees was a hurting unit when the series got to the TT race in Atlanta which was the third race of the season. In Atlanta, Mees skipped one of the practice sessions and chose to only run one of the qualifying sessions as well and despite not being within AFT’s 107% rule (I will discuss AFT rules in a future blog) managed to make the field qualifying 15th out of 15 riders. Mees would finish 15th in the race as well while Bauman grabbed a solid third so it seemed like the championship fight might be over before it had even begun.

Luckily for Mees and whatever the undisclosed knee injury was, there was a four-week layoff between races after the Atlanta TT. Obviously the mystery knee ailment had healed a bit at this point as for the next three races, Mees rattled off two thirds and a first while Bauman continued to run strong with a first, second and third in those same three races. With Mees doing his best to claw his way back into the championship hunt the next race on the schedule was the deep cushion half mile in Lima Ohio which is a race that sees Mees wear two hats as he is the promoter for that event as well. Whether it was the deep rough track once again wreaking havoc with his knee or the pressure of promoting the race, or maybe a combination of both, Mees struggled at Lima, a track where he has tasted victory before. Best Mees could do in his semi was 4th and he was never a factor in the main event at all where he finished a disappointing and surprising 8th. Meanwhile Bauman took the victory at Lima and followed that up by winning the next race at Port Royal as well. At the mid-point of the season the championship seemed to be Bauman’s to lose as he marched towards his third number one plate of the year. 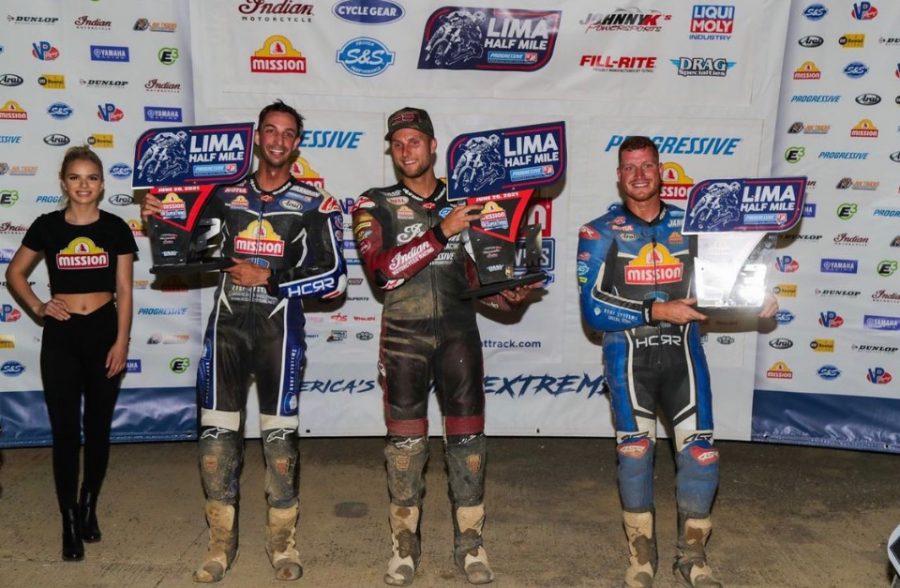 Turning point in the season started a few races later as the series hit the legendary Springfield Mile. With four miles in a row on the schedule due to double-headers in Springfield as well as Sacramento, Mees went on a run that seemed to demoralize Bauman. Not only did Mees win all four races but he absolutely dominated in a couple of them and won by over half a lap which is very rare on mile tracks. While Mees seemed to be riding the best he had been all season, Bauman seemed rattled and was riding with little confidence despite finishing on the podium for these four races. Mees also did something at the second Sacramento mile which not only made him seem like a nice guy, but proved he has the savvy of a champion as well. Bryan Smith, a former foe of Mees, had recently announced he was retiring after Sacramento. Smith, long known as a mile specialist had been struggling on his own bikes throughout the season. In a move that made him look like the nicest guy in the world but I’m sure involved pulling out a calculator to figure out points as well as a quick look into the crystal ball, Mees surprised many when he decided to lend Smith one of his bikes in the second Sacramento race. This worked out just swimmingly for Mees as he took the victory and after Smith came to terms with riding a new bike made his way around Bauman to finish second. On the podium Mees said all the right things about lending Smith a bike to end his career but the fox in the henhouse grin proved there might have been a second motive to his actions.

Going into the final round at Charlotte, Mees held a four-point advantage in the points chase. While there were a multitude of different point scenarios, the championship was most likely going to come down to whichever rider won the race between the two of them. If for some reason either Mees or Bauman didn’t win the race, then Bauman would need to finish ahead of Mees and also have a few riders between them which seemed unlikely. My personal prediction was that if the track turned into one narrow groove then Mees would take the victory. If riders were able to ride in multiple lanes then I figured Bauman had the edge. Biggest question was had Bauman regained his swagger after a few weeks off since Sacramento.

The track at Charlotte did provide the opportunity to ride in many different areas but unfortunately at times it seemed slipperier than a greased weasel. As riders tried to come to terms with the track, it became very obvious for some that it was not meant to be as the night was filled with crashes and red flags. Bauman did indeed have his confidence back grabbing the early lead in the main event before being stopped by the red flag due to a crash. He grabbed the lead once again off the re-start and was stretching it out towards a championship when disaster struck and he took a hard tumble into the wall on the front straight at the mid-point of the race. Proving his championship pedigree, Bauman mounted his backup bike and tried to continue but lasted just two laps after the restart before being unable to continue and pulling off the track dejected. This handed the race win and the season championship to Mees and although the circumstances were not ideal, it was a well-deserved result given his early season struggles. 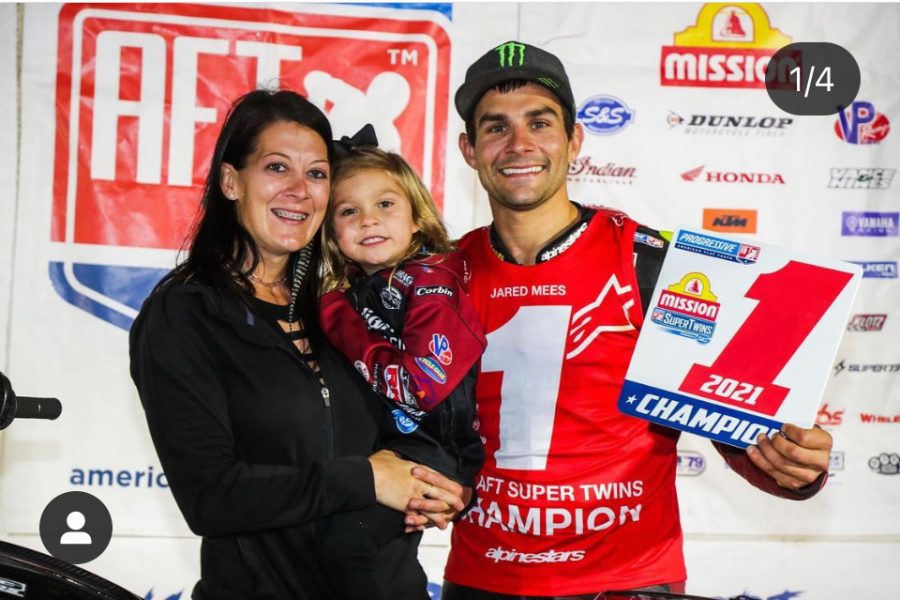 With the 2021 season now in the books, I am already counting the days until the first race of 2022. Question is does anybody else have a shot at the title as long as Mees and Bauman are in the mix?