There was a point in the 2011 racing season that Philippe Masse began to wonder if it was all worth it. He had broken his finger at the start of the season, a new house purchase was stretching his money and time, and to top it off once his finger had healed mechanical issues spoiled his race track performance.

But the 30-year-old from St-Hyacinthe, Que. didn’t give in, and his 2012 campaign couldn’t have been more different, as he won four of six races on the racingphil.com / Pete’s Superbike Kawasaki ZX-6R to claim the Inside Motorcycles Amateur Sport Bike National Championship. 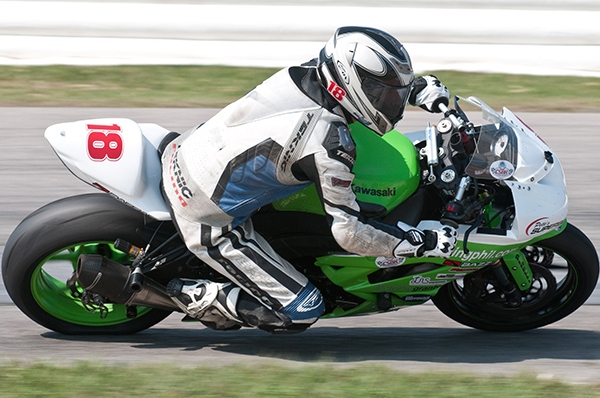 “Racers, I think, we’re all pretty much the same,” Masse admits. “When things are going well we think everything is great, but when we find we’re spending all our time at the back we want to quit. We wonder if it’s worth spending the money and sacrificing the time. “Last year couldn’t have been worse, but in my mind I knew I could do better. It’s a mental game, you need the confidence. At the end of the season, I was getting faster, and I knew that for this year, if I could get in shape I could have a good year.”

As his age suggests, Masse is not a young teenage hotshot like previous Amateur Sport Bike champions Jodi Christie or Raphael Archambault, and his introduction to road racing came somewhat late in life. It was while on an ambitious tour across the United States and Canada on his Suzuki GSX-R750 in 2006 that Masse first got the idea of taking a motorcycle onto the racetrack. 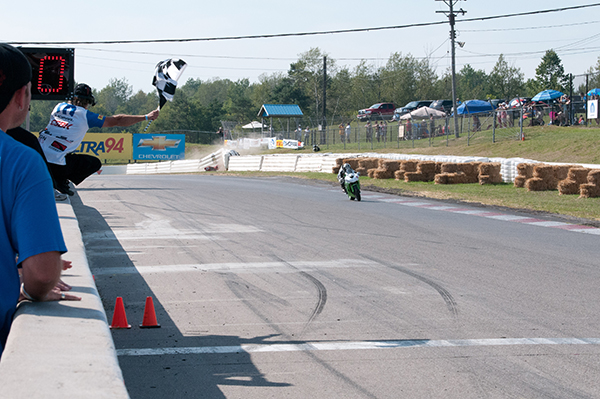 “I did a round trip from Montreal to Los Angeles and back,” he explains. “When I got to Los Angeles I went up the west coast – it was three months in total. I enjoyed being on the bike every day, I learned the bike a lot and got to ride on some nice curves. So when I got home I sold my bike and bought a [Suzuki] SV650 to race.”

Masse spent two years in the Suzuki SV650 National Cup, finishing third in 2009, then had a strong rookie season in Amateur Sport Bike in 2010, placing eighth in points. Then came the setbacks of 2011. “It was just a combination of bad luck and bad timing,” Masse reasons.

Masse came into this season healthy and took advantage of some opportunities to coach with the Track Fever track day organization. “For one thing it gave me lots of track time,” he acknowledges, “but since I was giving lessons it also helped me work on my own riding technique. I thought about my riding position, and things like that.”

Masse came out of the gate flying on his Kawasaki, winning the first two races at Shannonville Motorsport Park and Autodrome St-Eustache. He had to give best to the phenomenal Austin Shaw-O’Leary at Atlantic Motorsport Park, but looked set to clinch the title at the following round at Le Circuit Mont-Tremblant after he qualified over two seconds quicker than the rest of the field. But rain on race day threw an unexpected twist, however. Masse fell twice in the race and could only manage seventh. 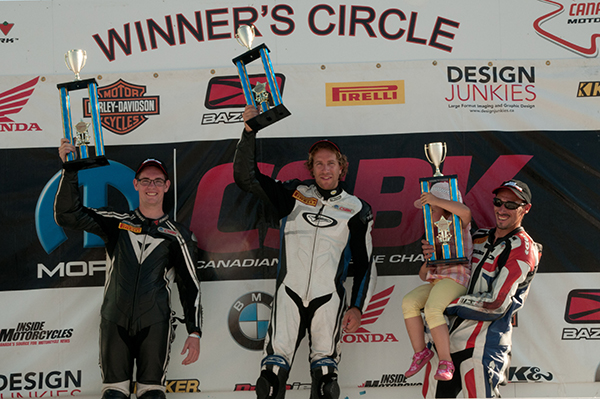 “I was surprised,” Masse recalls, “because usually I’m good in the rain. I couldn’t understand why I fell. Then after the race I saw I had mounted the rain tires backwards and they wouldn’t work like that. It was a simple mistake. If I had mounted them correctly I think I could have been at the front.”

The setback did little to derail Masse, who swept the season finale doubleheader at Canadian Tire Motorsport Park to clinch the title. 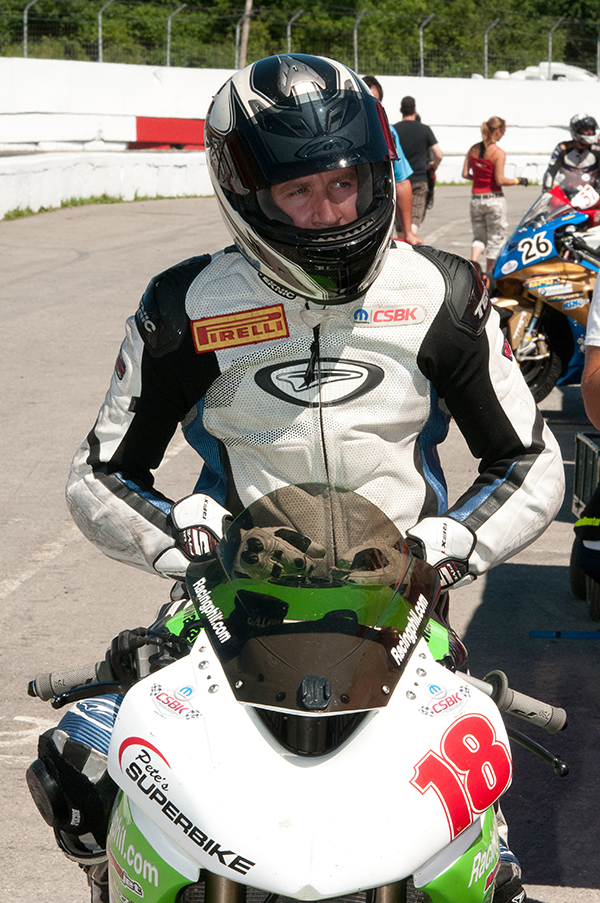 Masse runs a tight operation, towing his trailer behind a Volkswagen Jetta TDI, making a set of Pirellis last a weekend and relying on the help of girlfriend Amilie and fellow racers at the track, and suspension guru Alain Larouche between races.

As part of his prize for winning the Amateur Sport Bike Championship Masse receives a Penguin Race School day, and as luck would have it his employer, snow groomer manufacturer Prinoth, has an office near the Penguin base of Loudon, N.H.“I’d love to do a race weekend at Loudon, just for fun,” he admits. “And one day I’d love to go to Daytona, if I had the money to do that, just to say I did it.”

For next season, however, Masse’s goals are rather modest. “For sure I’ll move to Pro up here,” he says, “and I’d like to find some sponsors so I could afford two sets of tires each weekend…”

Sweet Sixteen’s for Riedmann at Homestead