This review was first published in the print edition of Inside Motorcycles, Volume 15, Issue 2 April/ May 2012. Story by and photos by Vicki Schouten.

Kawasaki’s Ninja 650R has been around since 2006, and this year the Japanese firm has curiously dropped the R from its moniker. Although this would normally hint that the bike might have lost some of its sporty edge, the redesigned 2012 Ninja 650 has proven otherwise.

I spent some time on the new bike, putting it through the paces in varied conditions, from congested city traffic to open highways and damp canyon roads, in what was supposed to be sunny Southern California. Rain didn’t put a damper on the fun.

As you first lay your eyes on the Ninja 650, you immediately notice its sleeker (dare I say sexier?) lines. With bodywork completely redesigned and better integrated for improved aerodynamics and better engine heat dissipation, the overall look of the new 650 is much sharper than its predecessor. New headlights, taillight, and a two-piece seat that replaces the single seat of the previous model give the bike a modern look and style more akin with the rest of the Ninja sportbike family. A new three-way adjustable windshield has also been added for improved weather protection, but I didn’t find the adjustment procedure obvious and didn’t get to test this feature. (It turns out you need a screwdriver to remove the screen and adjust the brackets.) 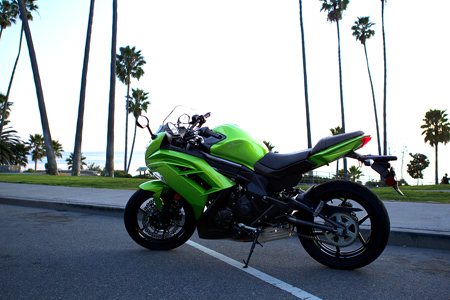 While the two-piece seat improves overall styling, the Ninja’s new perch was intentionally designed with a flatter top and thicker cushioning to improve rider comfort and allow more movement. The sleeker style is simply an added bonus, and is a significant improvement over the older-style single seat.

Throwing a leg over the new model, you notice that it seems easier to reach the ground, and this despite a seat that is 15mm taller than before, now at 805mm (31.7 in). Narrower footpeg mounts and frame covers allow you to place your feet closer together, providing a slimmer feel while riding, as well as making it easier to touch the ground while stopped. At five-feet-nine inches tall, I have no trouble placing both feel flat to the ground, and can appreciate how the redesigned chassis makes riding the Ninja 650 a breeze for shorter riders.

The new double-pipe swingarm and frame are perhaps the most significant design improvements for 2012. The new frame is slimmer and more compact than its single-pipe predecessor, and it offers improved rigidity and more stable handling without changing the geometry of the motorcycle. The new chassis also adds to the overall slicker design and handling of the Ninja 650. Overall comfort and handling have been improved significantly with this lighter, more rigid chassis setup. 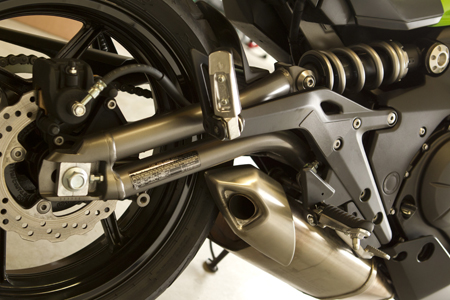 Setting out on the busy southern California streets, the lighter and more nimble chassis really stands out. The reworked setup makes the 650 a breeze to handle in busy stop-and-go traffic.

The six-speed transmission makes rolling out onto the highway a fun and easy experience, as shifting is smooth throughout the gearbox. Kawasaki has also added an easier-to-pull clutch cable that reduces effort. While the difference wasn’t immediately noticeable, the lack of hand fatigue and ease of shifting were indications that the new clutch cable was doing its job.

I got a chance to test the Ninja 650’s power in open road conditions on the highway heading up towards the canyon roads. I’m pleased to report that the re-tuned 649cc fuel-injected parallel twin has plenty of midrange power and peaks around 8,500 rpm (redline is 11,000). The Ninja zips down the highway effortlessly, and cruising at highway speeds is nothing short of fun, with very little vibration. Even though the Ninja 650 can be considered a starter motorcycle to some, not for one second does it feel underpowered. 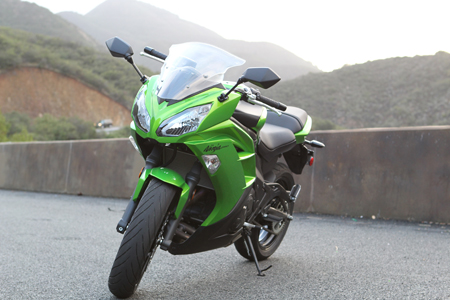 From the highway I manage to sneak in a quick spin along the winding canyon roads of the Ortega Highway in between spells of rain. Under less than ideal road conditions that spill mud and debris onto the highway, the mid-class Ninja handles with ease. Although it has gained five kilos in the redesign process (now at a claimed 209 kg wet), this added weight is barely noticeable on the road. The handlebar is 20mm wider and offers greater control over the previous-generation model. As well, the Dunlop Roadsmart II sport touring tires provide plenty of grip in the twisties.

Kawasaki has revised the 650’s suspension for 2012. The 41mm conventional fork gets an extra 5mm of stroke, revised damping settings and a softer spring, while, the single horizontally mounted shock has been lengthened by 2mm and features a lower spring rate. Suspension adjustment is still limited to rear preload. While the softer springs are no doubt intended to add to the overall improved ride comfort, the softer suspension initially had me concerned that the Ninja’s cornering ability might suffer. Fortunately, the new chassis and its improved rigidity appear to offset the softer suspension. And while it lacks the sharp handling of a performance-oriented sportbike, riding the Ninja 650 through the twisty, debris-infested canyons feels reassuring and comfortable. Up front, dual 300mm petal disc rotors with two-piston calipers offer the braking power one is accustomed to on any sportbike, while Kawasaki has also included improved brake pads for 2012.

The instrument cluster on the new model is clean, simple and easy to read. An analogue tachometer replaces the LCD unit of the former model and is a welcome addition, making reading engine revs a snap. The digital speedometer, odometer, clock, dual trip meter and fuel gauge all transfer information quickly and easily to the rider. The only thing the cluster is missing is a gear indicator. 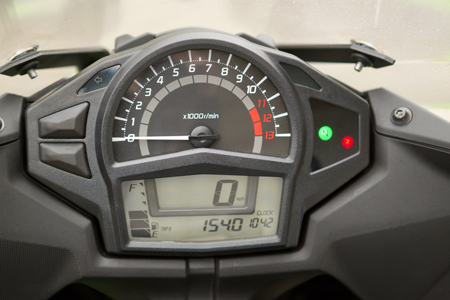 My overall impression of the 2012 Kawasaki Ninja 650 is of a motorcycle that is light, nimble and quick, and comfortable in varying conditions. For an entry-level sportbike, the Ninja 650 has plenty of get-up-and-go to satisfy even the more experienced sport rider. The improved chassis and revised suspension make the motorcycle easy to handle, while providing a very pleasant ride.

With its sleek new look, retuned motor and dramatically improved chassis, the new Ninja costs only $300 more than the previous version, now at $8,299. Although it’s a great option for new riders, experienced riders will also find satisfaction, whether commuting, blasting around town, touring to the cottage with friends on weekends, or simply riding down to the local coffee shop. 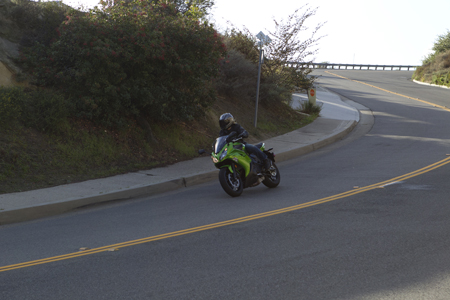 I’d also recommend this motorcycle to women in the market for a sportbike; it has a lower seat height but still boasts enough power to keep up with larger displacement motorcycles.

Kawasaki’s sexy, sleek Ninja 650 is certainly to be considered when shopping for your new sportbike this season.