by John Hopkins
in Reports, Results and Points
0

Tom Sykes (66) picked up his seventh win of the World Superbike season on Saturday.

MONTEREY, Calif. – Tom Sykes (Kawasaki Racing Team) won Race One of the eni FIM Superbike World Championship at Mazda Raceway Laguna Seca on Saturday, which was eventually contested over 12 laps rather than the scheduled 26 due to two red flags, caused by the crashes sustained firstly by Danny Eslick (Michael Jordan Motorsports Suzuki) and then by his team mate Roger Hayden.

The works Kawasaki rider took the lead on the 10th lap thanks to an outstanding overtaking manoeuvre at Turn 11, after a side-by-side downhill ride with Chaz Davies (BMW Motorrad GoldBet). The championship leader then rode comfortably to win the race while Marco Melandri lost some ground after trying to pass his team mate Davies at turn five and then, on the final lap, lost third place courtesy of a superb pass by Eugene Laverty (Aprilia Racing Team) at the “Corkscrew”. 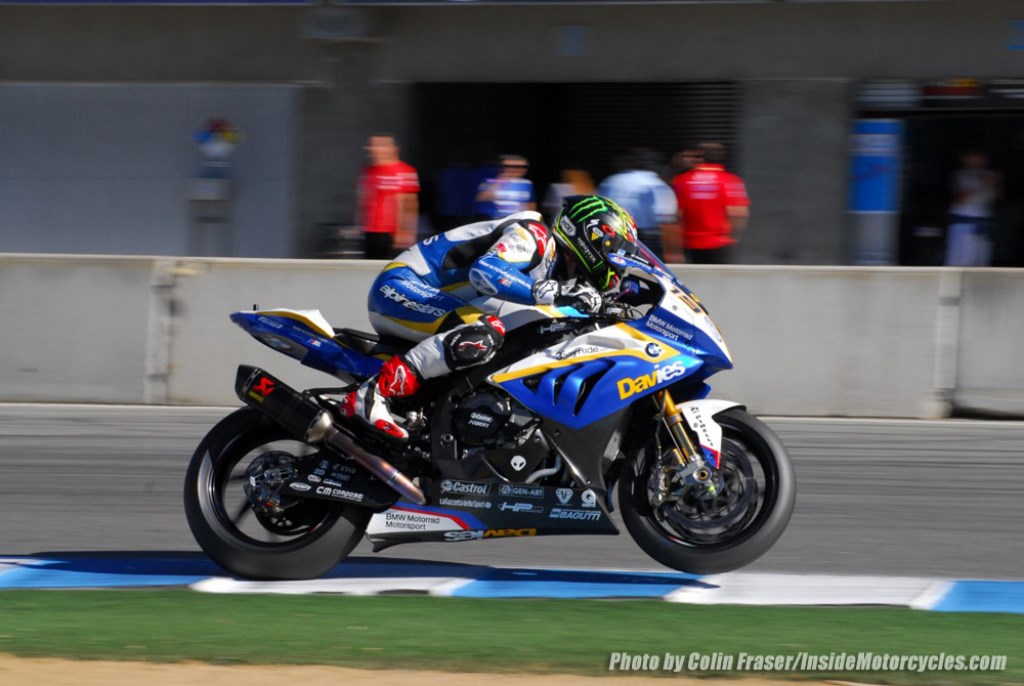 “It was hard having three starts but it ended up good for us with a race win,” Sykes said. “Sylvain (Guintoli) and I came together at the entry to turn one off the start and our contact pushed my brake lever down from its normal position. That was a bit awkward to deal with for a little while but I got my head around it. I was pushing to stay with the BMW guys up front for a while but in the end it was a good race for us. Another race tomorrow so that is what I am thinking about now.”

Laverty’s team mate Guintoli ended up fifth, a frustrating result for the Frenchman who was comfortably in the lead in each of the two interrupted races. 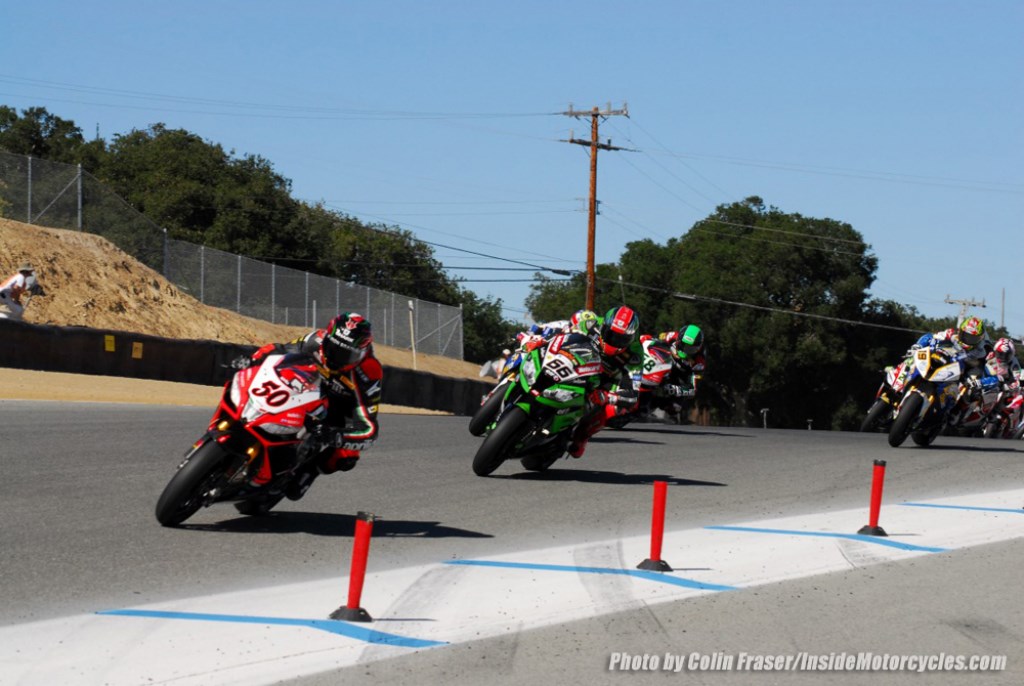 Potential podium contender Niccolò Canepa (Team Ducati Alstare) and Leon Haslam (Pata Honda World Superbike) could not line-up for the final restart of the race after crashing out in the second part. Both are thankfully uninjured as well as Eslick and Hayden.

Thanks to his seventh win of the season, Sykes extended his lead to 22 points over Guintoli and 35 on Laverty, while Melandri was now 45 points short from the top rival.

Point Standings after Race One