Sunday’s festivities at the BigM Weekend at Miller Motorsports Park in Utah included the Superpole in eni World Superbike competition, final qualifying in AMA Superbike and XR1200, and the first of two races in both AMA Daytona Sportbike and SuperSport.

Starting from 26th position on the 47-rider grid of the 13-lap Motorcycle-Superstore.com Supersport race, Javelin Broderick (pictured, above) consistently lowered his lap times and finished in 17th position aboard his Dynojet/ZAG Racing/Yamaha YZF-R6. Originally from Sudbury, Broderick currently resides in Las Vegas (not California as we reported earlier today). 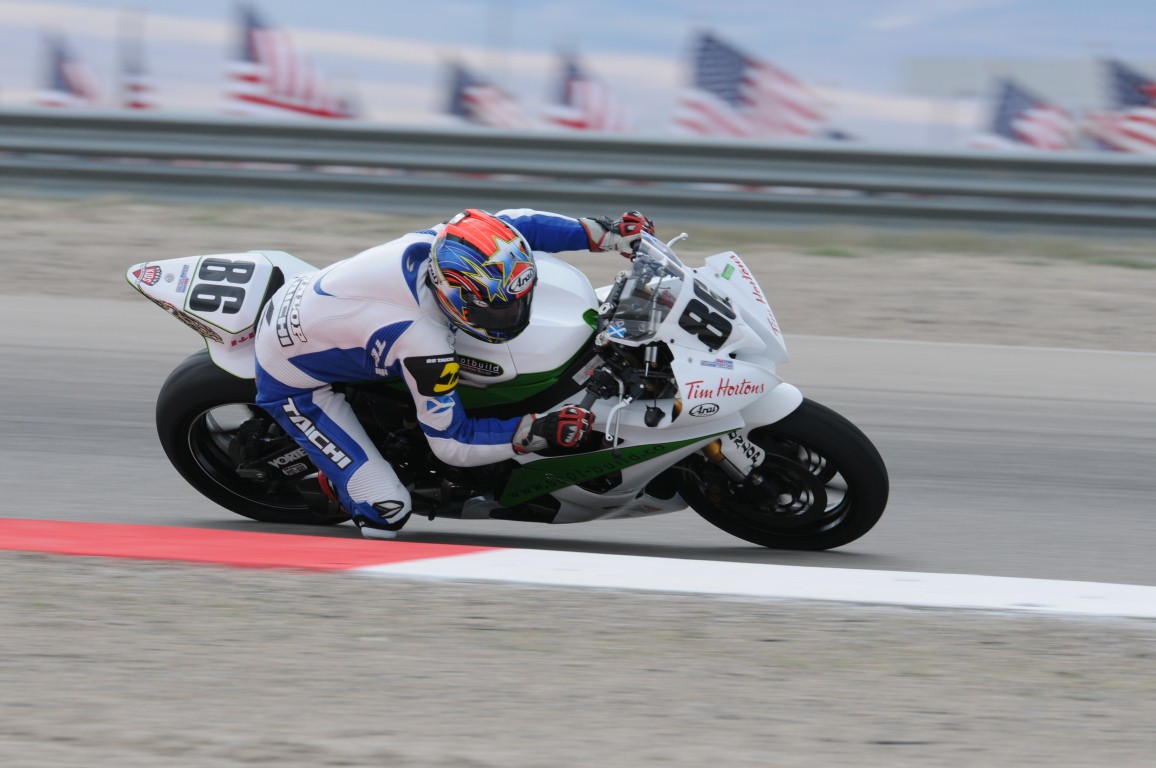 Despite Jason DiSalvo leading for 14 of 16 laps, polesitter Martin Cardenas was victorious in GoPro Daytona Sportbike, with the top four finishing in the same order they occupied on the 29-rider starting grid. Starting in 24th position from the sixth row on the grid, Canadian Ben Young (pictured, right) managed to finish in 21st place on the BYR/Tim Hortons of Sudbury/Fogi Racing Yamaha YZF-R6, just one position out of the points. 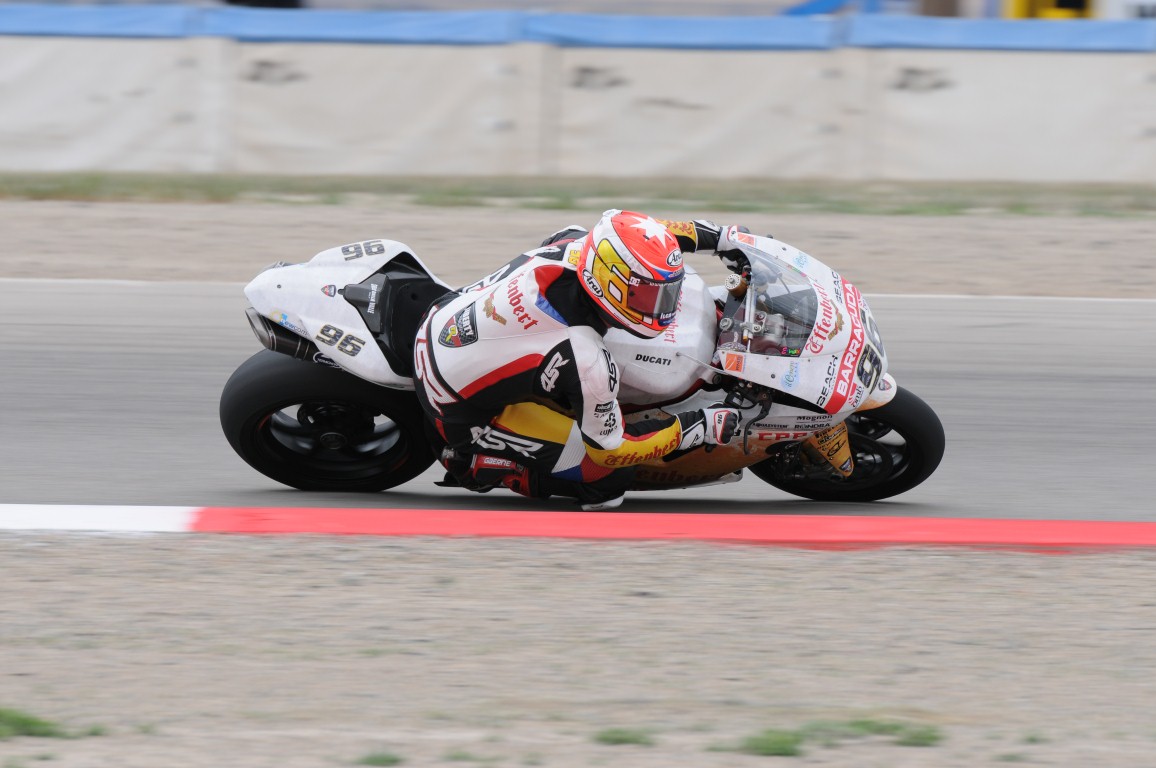 Jakub Smrz (pictured, left) put down a last-minute 1:47.6 aboard his Liberty Racing Team Effenbert Ducati to take the Tissot Superpole, besting Carlos Checa by 0.184 of a second. Tom Sykes will start Monday’s races from the third position on his Kawasaki ZX-10R, while Davide Giugliano of Althea Racing in fourth place makes it three Ducati 1098R’s on the first row. This is Smrz’s first pole of the 2012 season.

Check back Monday for results from a busy day of racing on Memorial Day!