by Greg MacPherson
in Dan Kruger
0

Kruger joined by the team boss

Motegi, Japan: We just completed a very successful test with Team JP (Japan Planning) at the well-known Twin Ring Motegi Circuit.  We immediately found out setup and found the track very easy to learn.  The team was very professional and the bikes we tested well already set up nicely for my weight and riding style.  I caught a flight from Montreal and arrived in Tokyo the night before the test. The team was waiting for me at the airport and we drove straight to the track 2 hours away.  We arrived at 3am and immediately checked into the hotel that is located inside the track and had started our day by 8am for a private briefing with track officials. (Special thanks to the CMA for getting me my FIM Licence renewal in record time) It was clear immediately that the team principal Mr. Kimura had a lot of pull at Twin Ring as I got my license to race at both Motegi and Suzuka all within 30 minutes! 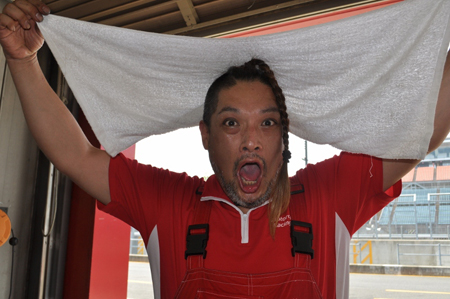 This world class facility owned by Honda is really something.  Hundreds of acres of land all professionally maintained.  The track had plenty of grip in both the dry and wet conditions.  I hand carried Pirelli’s from Canada but also used Dunlop Rain Slicks during the Wet test session.  Both tests were hugely successful and as a result, we have agreed that I will come back next month to test at Suzuka in preparation for the 2013 Suzuka 8 Hour Grand Prix.  We are also in discussions for me to participate in several other events in 2013 with this team in Japan but nothing has been confirmed outside of the Suzuka event. 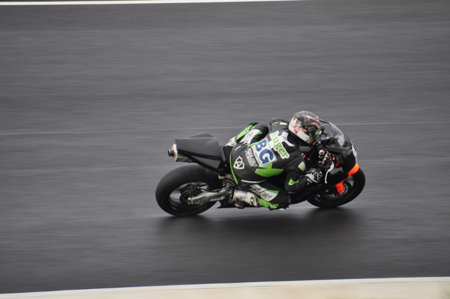 The Japanese press were also invited to join us for the test and we spent some time with them and Mr. Kimura had an in depth interview with them as he currently has Race teams In Australia, China, and Japan.

I would like to thank the team for arranging this test and for making the day so enjoyable.  Everyone involved was very friendly and made my brief trip to Japan one I won’t soon forget.  Yes, we had a major language barrier but somehow, we managed to work through it and didn’t forget to have plenty of laughs.

After the test, we all enjoyed a traditional Japanese meal and I was invited to sleep at Mr. Kimura’s home in Yokohama, Japan.  We are now heading to Tokyo Airport so I can catch a flight back to Canada.  It is hard to believe that I left Wednesday afternoon and will be home Saturday afternoon.  Thank goodness for lie flat beds on airplanes nowadays!

Off to China For the Final Double round of the Pan Delta Superbike Championship in 3 weeks.