by MotoGP.com
in Reports, Results and Points
0

MotoGP™ has a tendency to keep making history of late, and the Gran Premio Motul de la Republica Argentina was no different – as Maverick Viñales (Movistar Yamaha MotoGP) became the first Yamaha rider since Wayne Rainey in 1990 to win the first two races of the year, taking a stunning win as drama hit the grid behind. Teammate Valentino Rossi (Movistar Yamaha MotoGP) created another miracle in P2, with LCR Honda’s Cal Crutchlow completing the podium in style as top Independent Team rider. 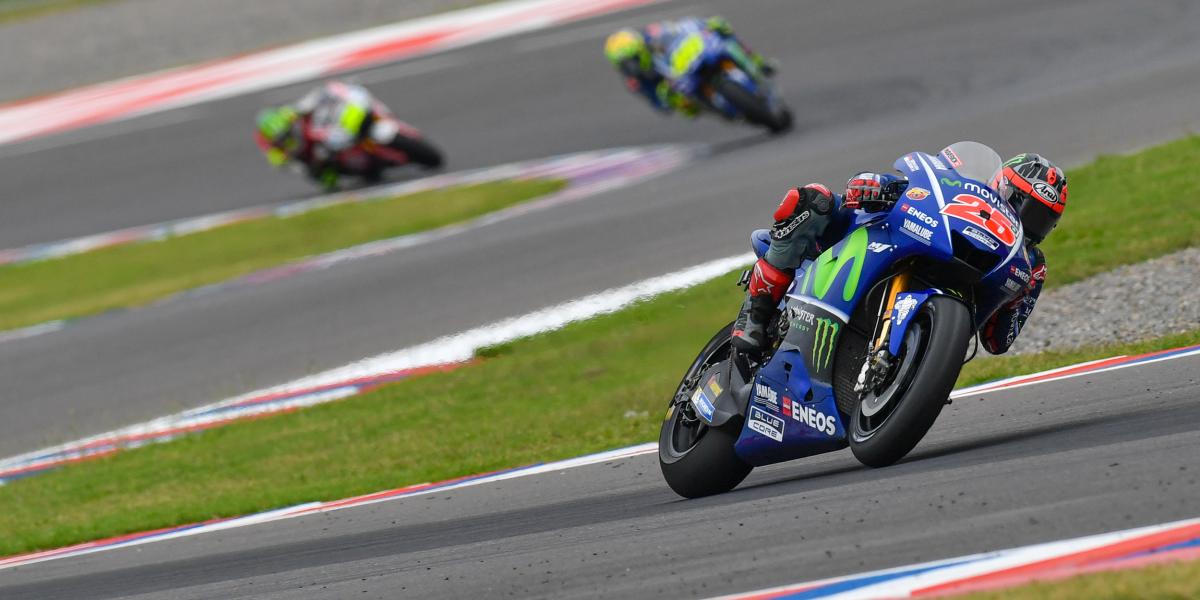 It was reigning Champion Marc Marquez (Repsol Honda Team) who leapt into the lead from pole, with Rossi another electric starter from seventh on the grid. In the rush for Turn 1, it was Marquez leading Crutchlow as the pack shuffled behind, with the reigning champion then making a stunning break for it as the Brit backed up the chasing Movistar Yamaha MotoGP pairing of Viñales and Rossi.

Viñales soon attacked Crutchlow to take P2, before the first of the high drama hit up ahead and Marquez suddenly hit the floor at Turn 2 – having been almost two seconds clear.

That left Viñales in P1, with Crutchlow and Rossi on the chase and the gap holding steady just above half a second – before the man of the moment began to pull away. The ‘Doctor’ was left to hunt down Crutchlow, with the two holding station until Rossi struck with 7 laps to go, getting past the Brit in style at Turn 5 and pulling away for a second consecutive podium – in his 350th World Championship start. 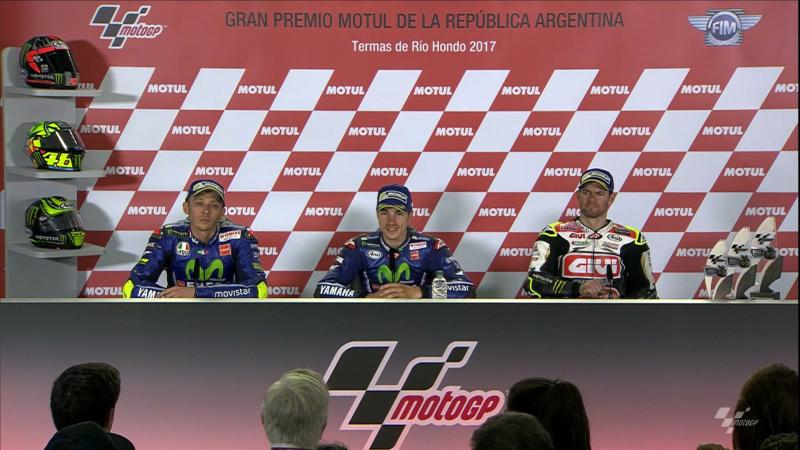 There was all-out war for P4 as Dani Pedrosa (Repsol Honda Team) battled to get past Danilo Petrucci (Octo Pramac Racing), with Johann Zarco (Monster Yamaha Tech 3), Alvaro Bautista (Pull&Bear Aspar Team) and Andrea Dovizioso (Ducati Team) getting in the mix. After a short and spectacular duel between Pedrosa and Zarco, the Spaniard broke free to set the fastest lap – before disaster struck for the ‘Baby Samurai’ as he crashed out of the race in the same place as teammate Marquez had done a handful of laps earlier.

Even then, the drama wasn’t done as ‘DesmoDovi’ went wide at Turn 5 soon after, with Aleix Espargaro (Aprilia Racing Team Gresini) taking the inside line and then losing the front – sliding helplessly into the Italian and both out the race.

Behind and including Crutchlow, it was another fantastic day for the Independent Teams as the dust settled, with Bautista taking fourth and Monster Yamaha Tech 3’s Zarco and Jonas Folger taking fifth and sixth. Petrucci, after running out of rear grip, crossed the line in a solid P7 – ahead of a good fight back from his teammate Scott Redding at the head of the next group. 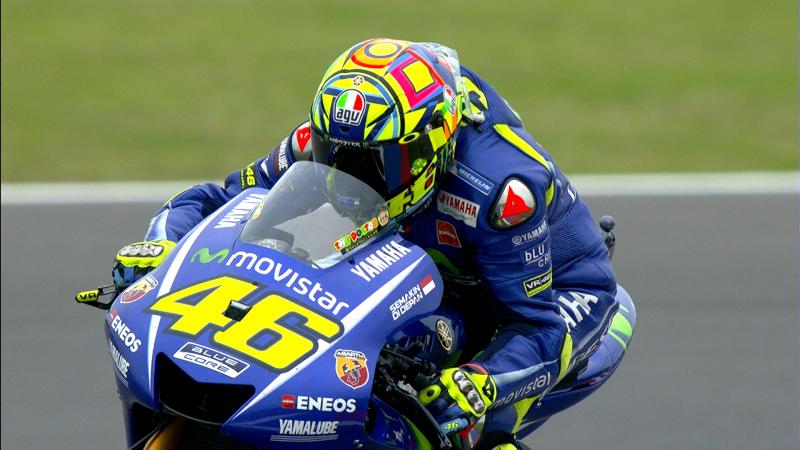 Tito Rabat (EG 0,0 Marc VDS) was P12 in front of Hector Barbera (Reale Avintia Racing), with Red Bull KTM Factory Racing pairing Pol Espargaro and Bradley Smith incredibly close to the two men ahead in P14 and P15 respectively. The Austrian manufacturer is now a points scorer with both riders, opening their account early in only round two.

After a great start from a difficult grid position, it was disaster for Ducati Team’s Jorge Lorenzo on the first lap as the five-time World Champion crashed out early after contact with old nemesis Andrea Iannone (Team Suzuki Ecstar) – the ‘Spartan’ thankfully escaping unhurt, and Iannone continuing. The ‘Maniac’ was also given a ride through penalty soon after for a jump start, dropping him down the order and out of contention to cross the line as the final finisher.

Austin, Texas now awaits – a chance for Marquez to strike back at a venue he has always ruled, and a chance for Viñales to change that statistic as we head into round three.