Jakub Smrz of Czechoslovakia won pole position by .04 of a second for the tenth round of the eni Superbike World Championship slated for tomorrow at the famed Silverstone circuit in the United Kingdom. Riding for the Liberty Racing Team Effenbert Ducati squad, Smrz was a front runner through the two wet SuperPole sessions, run in ever-changing conditions due to drizzle, rain and brief glimpses of the sun. 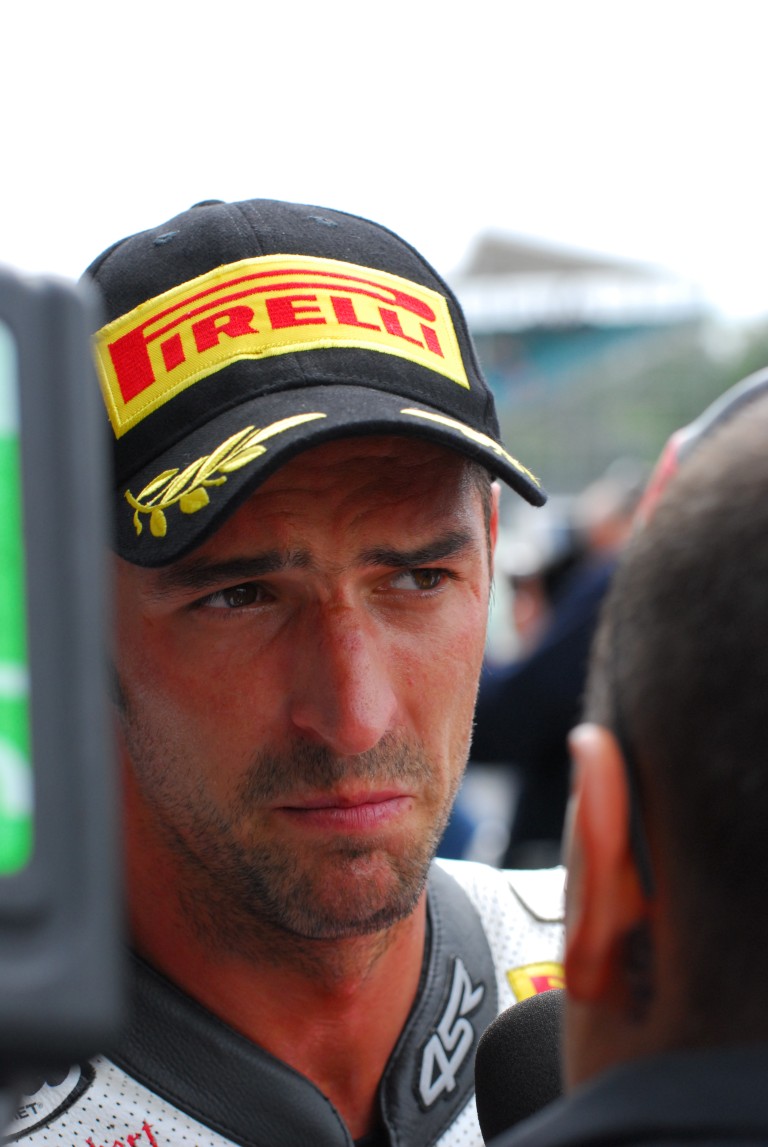 “For sure the conditions were difficult, it was a challenge for everyone on every lap,” confirmed Smrz. “The track changed from corner to corner, so you had to keep your confidence up.” With similar weather expected for the two World Championship rounds slated for Sunday afternoon, everyone expects a long day at the former WWII air field.

Second was a boost for the works FIXI Suzuki squad, with their second team GSX-R1000 rider, Brit Leon Camier, right behind Smrz’ best lap of 2:20.81, Camier turning a similar tour at 1:20.84. At their home circuit, the Suzuki team had their strongest result of the year, with leader John Hopkins winding up 12th on tomorrow’s starting grid. 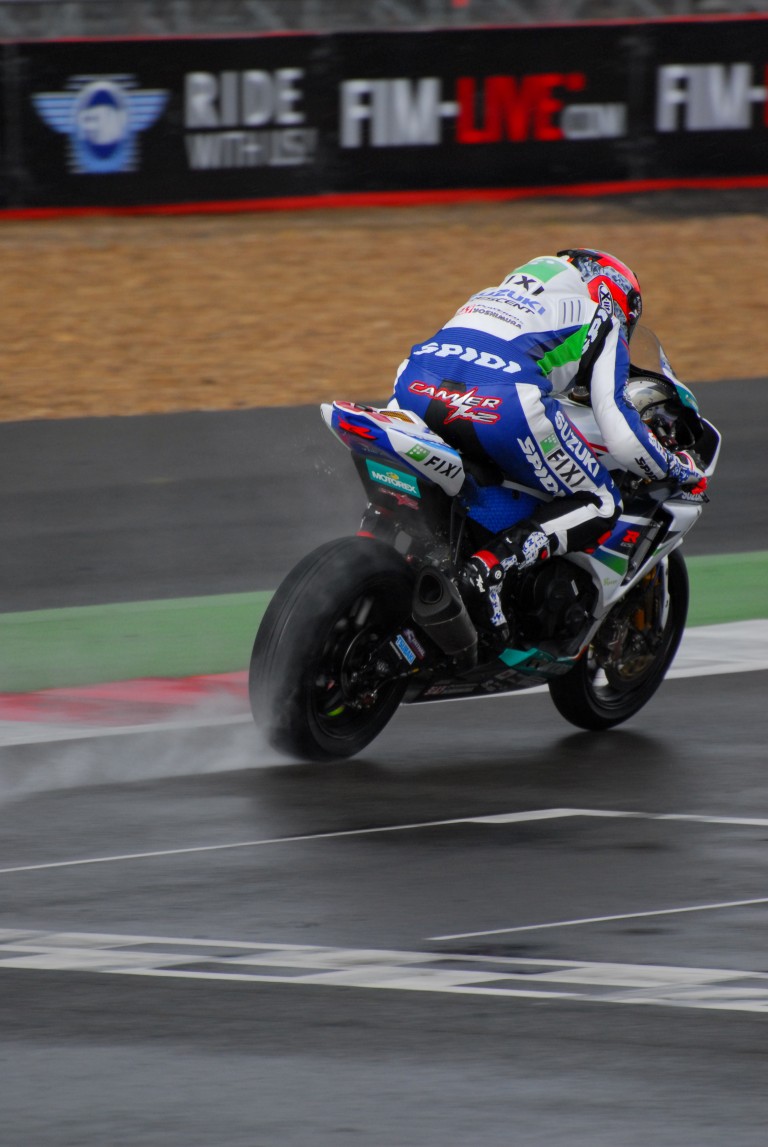 Third belonged to Sylvain Guintoli in his debut with the privateer PATA Ducati team, the French racer a fan favorite here due to his time spent in the domestic British Superbike series. The top BMW S1000 RR was the works Motorrad Motorsports entry of English ace Leon Haslam, just ahead of the Althea Ducati of Davide Giugliano.

It was a tough day for the top title contenders in the SBK series, many of who were taking a cautious approach in the unpredictable conditions. World Champ Carlos Checa wound up seventh overall on the grid with his Althea Ducati, just ahead of title rival Tom Sykes, who was eighth on the works Kawasaki ZX-10R Ninja.

Series points leader Max Biaggi did not make the final SuperPole session with his Aprilia RSV4 Factory, winding up 11th overall. If one or both of tomorrow’s races should offer dry conditions, there will be lots of passing during the 18 laps of the very quick 5.9-km long circuit!

Canadian Superbike Champion Brett McCormick of Saskatoon, SK, opted not to ride Saturday due to the treacherous and inconstant track conditions, instead watching with his Liberty-Effenbert team. McCormick practiced Friday, working his way back into race shape after suffering serious injuries back in April at the Assen round in the Netherlands. Prior to SuperPole, McCormick bet one of the European television commentators that Smrz would ear pole for tomorrow’s races – a very solid prediction.