in Reports, Results and Points
0

SHANNONVILLE, ON – Despite the weather tossing in a serious curveball for riders, the Super Series concluded its final visit to the Long Track with some exciting action. With boiling hot temperatures on Saturday and heavy rains ending the event early on Sunday, Round 4 delivered a real challenge of the elements.

On Saturday, the Pro/AM Sportbike contest produced a classic for the ages. After Alex Coelho got around Mike Raniowski early in the race and as the riders entered turn 8, Coelho lost control of the bike and went down, handing the lead back to the Raniowski. It then became a three-rider battle at the front the Pro field with Raniowski, Weber and Fehr. Drew Weber tossed everything he had the Bike No. 725, but Raniowski stood tall and claimed the win becoming the 5th different Pro Sportbike winner this season. Chris Fehr completed the podium.

In the Amateur field, Jordan Decarie continued his dominance picking up his 6th straight win. Finishing 3rd overall, Decarie increased his lead in the standing over Eric Quintin who finished Saturday in second position. Colin Duncan rounded out the podium. Istvan Hidvegi returned to the Super Series and made his presence known right away, Hidvegi cruised to a dominating Lightweight Sportsman win over Fehr and JP Schroeder.

Ryan Dunwoodie, the former Novice points leader had a rough weekend last time out and after qualifying, it seemed to be a much better turn of events. Scoring

the pole, Dunwoodie got off a huge lead in the Novice race. However, as he led the race, his kick stand kill switch malfunctioned grinding his Ducati to a halt.

This opened the door for Alexis Beaudoin to claim win No. 3 in a row, ahead of Adrian Mitchell and Pedram Jajarmizadeh.

Drew Weber returned to his winning ways in Heavyweight Sportsman duelling with Raniowski. After the Belleville rider low-sided in turn two, this gave Weber the go-ahead to get back in the winner circle and claim a much-needed checkered flag. Colin Duncan and Wes Barnes completed the podium.

Evan Moriarty made the most of his Super Series debut, by winning his first ever race. Holding off a hard-charging Hidvegi, the margin of victory was less than 2 seconds. David Buckland completed the podium. As age is certainly not an obstacle in regional racing, it is an impressive observation to see three generations represented on the podium with an over 50-year age difference between first and third place.

Elie Daccache cruised to a 39 second Pro Superbike victory over Eros Mukja and Fehr, while Jack Newman scored his first ever AM Superbike victory. The Toronto rider scored the pole and found himself last come the first corner. Battling up through the field, Newman caught-up to Vanderhorst with three laps to go and was able to regain his original position leaving Vanderhorst second while Decarie, the AM Superbike points leader finished third.

Moriarity completed his perfect weekend with another win, this time in Lightweight Production. A commanding 33 second win over Eric Quintin. Jean-Pascal Schroeder completed the podium.

On the last race of the day, Elie Daccache dominated the Sprint Cup challenge by 27 seconds over Jack Newman. Chris Fehr followed in third.

On Sunday, a spectre of rain took over and the weather was mostly uncertain. The riders faced the difficult decision to choose whether to go out on wet or dry tires, or not to go at all. The track was neither wet enough nor dry enough, and this made the morning sessions challenging to say the least.

While all weather radars were forecasting small chances of rain in the afternoon, the skies opened up abruptly without so much of a warning in the middle of the Pro/AM Sportbike race. The contest was stopped immediately due to the heavy rains and unsafe conditions. Two riders, Jose Azevedo and Jamie Burghgraef were already facing the consequences of the conditions and low-sided before the red flag was thrown. Going back to the last completed lap, Colin Duncan and Chris Fehr picked up the wins in their respective categories.

Following one of the heaviest downpours we’ve seen so far this season, the Super Series officials made the decision to end the day early due to unsafe track conditions.

A few changes in the points standings are of note, Drew Weber reclaimed the Pro Sportbike lead following issues by Raniowski, Azevedo and Coelho. Alexis Beaudoin grasped the lead in the Novice standings over new second place Adrian Mitchell. Istvan Hidvegi took over the Lightweight Superbike points lead from Miles Keller, and finally, Jordan Decarie now commands both the AM Sportbike and AM Superbike leads.

During the weekend, Shannonville Motorsport Park teamed up with Take Mike For Granite to raise money for the Belleville General Hospital. Running a 50/50 draw, the community came together to raise of a thousand dollars. Rider Neil Stanavech won the 50/50 draw. That money was then doubled by Shannonville, then doubled again by Take Mike For Granite, with around 3,000 dollars being donated to the Belleville General Hospital.

As the push for the championship continues, the Super Series’ 2022 season will reach its crescendo on September 9-10 on the Pro Track.

David Buckland: “It was a lot of fun. It’s going to take some time to get back to base but I wasn’t able to do as much exercise as I wanted during the last few months. But it was a lot of fun and it started off great with a black flag 10 seconds into my practice run but I got quicker each session and it was amazing.”

Colin Duncan: “You got to be smooth in the rain. I grew up in Scotland, and if you can’t race in the rain then you aren’t racing. So that’s really what helped me get that edge out there today.”

Jamie Ross: “I feel total elation. I tried so hard off the start, and I got a great lap in qualifying. I was up on the front row and I just tried to stay there, a few of the fast guys got past me but it was a battle and I’m so happy with. My first top five finish!” 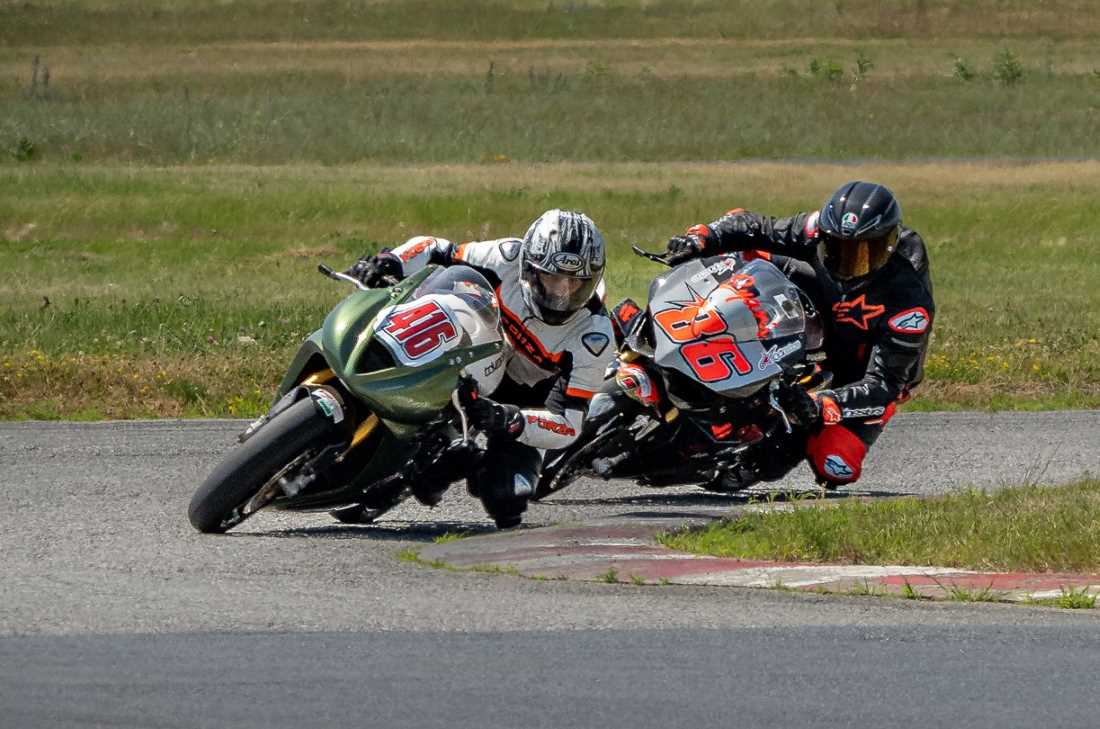 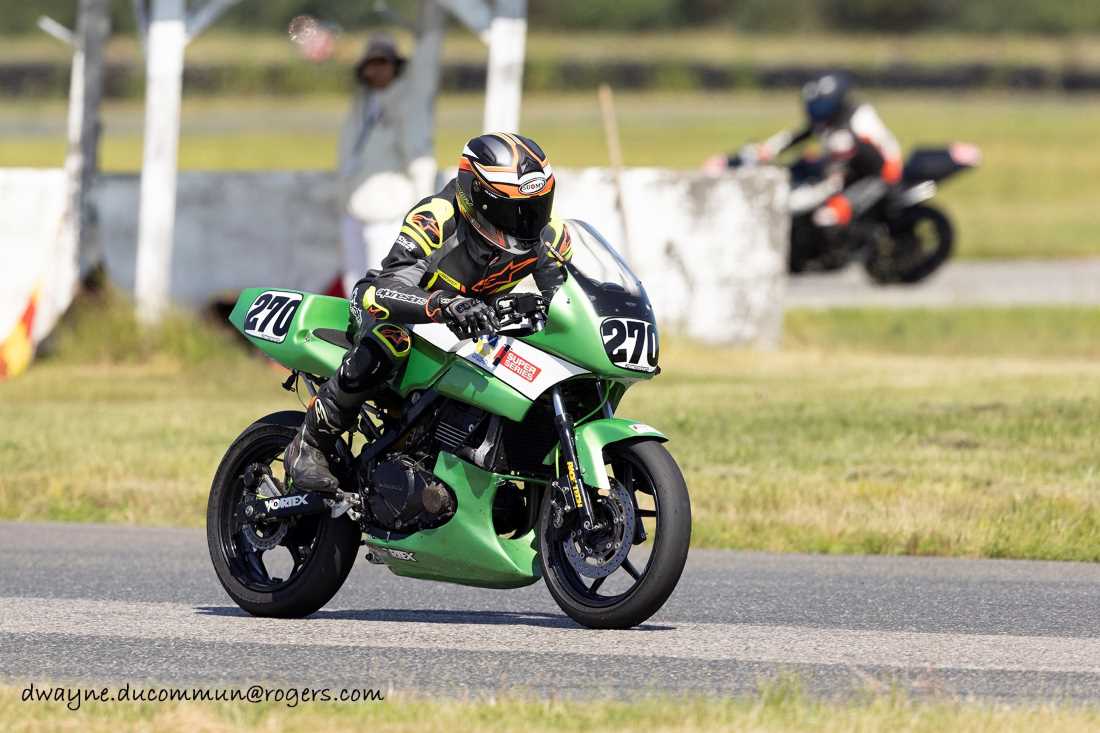 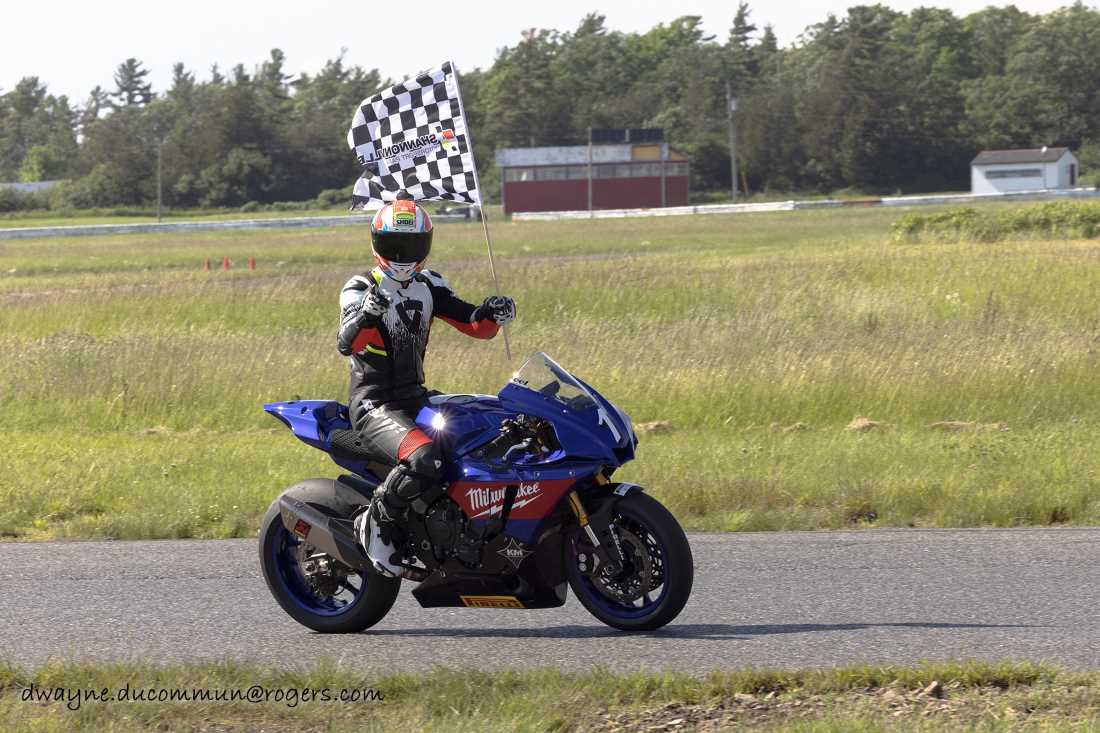