Canadian drag racing ace Terry Schweigert had his best performance of the year at the American Drag Racing League’s Summit Ohio Drags on September 28-29. The Abbotsford, BC racer made it to the final round in Pro Extreme Motorcycle on his DTM Suzuki Hayabusa where he fouled out against Eric McKinney.

With the win, McKinney sealed up his first ADRL championship with one race to go on the tour. Schweigert, who finished second in points during the 2011 ADRL campaign, was in his first final round of the year after qualifying fifth out of ten bikes. His 4.11-second, 168 mph run in the final qualifying session was madeon a spare motor after he sheared a crank in Friday’s second qualifying round. 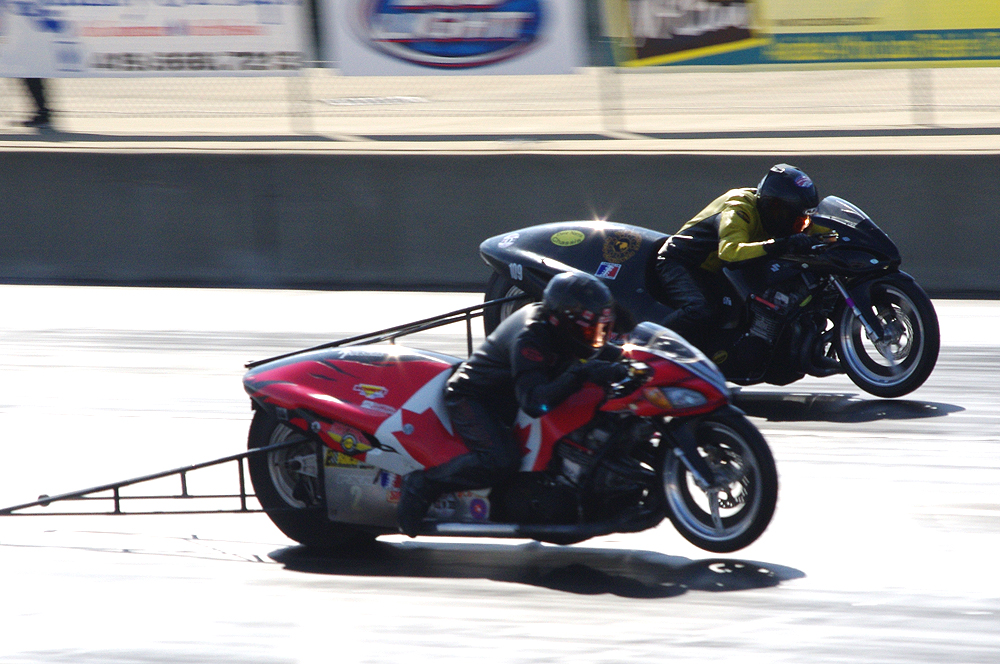 “The Milkman” (he’s a dairy farmer) defeated number four qualifier Dave Norris in the first round and then upset number one qualifier Dave Vantine in round two.  Vantine, who qualified on the pole at 4.07 seconds (175.07 mph), had trouble in the semis at mid-track while Schweigert blasted out a 4.15 that saw him get precariously close to the concrete retaining wall in his lane.

The finals looked to be in McKinney’s favour, the young Ohio native not only having a performance advantage over the Canadian all weekend, but also the support of his home state behind him at Norwalk. But during pre-staging, things started to go bad for Schweigert.

“My visor started fogging up as soon as I pre-staged,” he told Inside Motorcycles post-race. “It was really blurry, and I left before the tree activated.” Indeed, before the lights even came down, Schweigert’s patriotic themed, nitrous-injected Hayabusa launched out of the staging beams, immediately disqualifying him and handing the win to McKinney.

Schweigert’s next race will be at the Manufacturers Cup Race in Valdosta, GA in November, where he will be running in what is expected to be the biggest quarter-mile Pro Mod field in recent history. 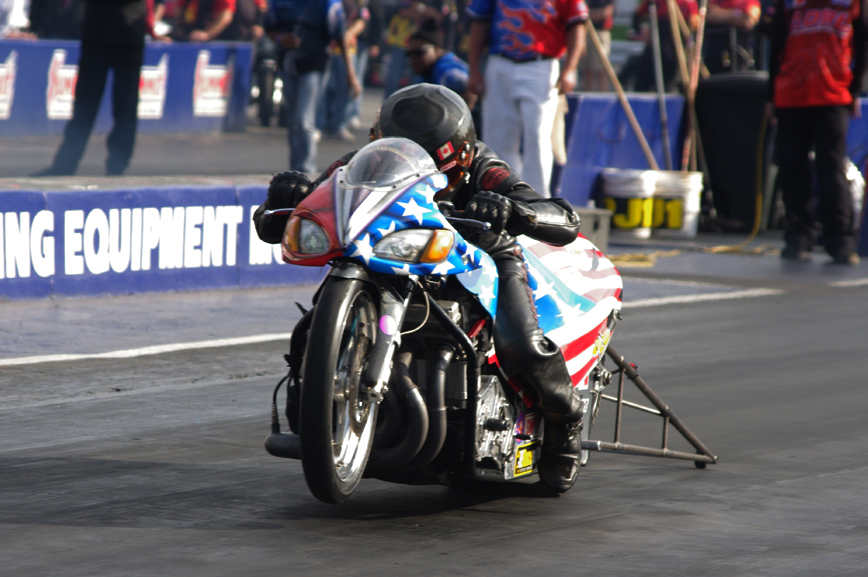 And finally, in an exclusive interview with Inside Motorcycles, Schweigert announced that he will be returning to the Middle East this winter to compete in the Arabian Drag Racing League that runs at the Qatar Racing Club, as well as a second series that competes in a handful of countries across the middle east. Schweigert and tuner Dan “The Man” Wagner last raced with the Arabian league during the winter of 2010/2011.

Riders Plus to sponsor Ottawa show