Michael Leon rode his Royal Distributing CBR600RR to a conservative 6th place finish at the final Pro Superbike race of the 2012 RACE SuperSeries, at Shannonville Motorsports Park.  The finish earned Michael enough points to win the RACE Pro Superbike Championship and the right to wear the overall #1 plate for the 2013 RACE Series.

The team came to the season finale leading Kawasaki Superbike rider Kris Garvie by a single point in the Superbike standings.  Unfortunately, Kris was unable to attend the event due to the passing of his father.  The whole team would like to extend their deepest condolences to Kris and the Garvie family at this difficult time.

The Saturday practice sessions and heat races were canceled due to flooding on the track from the heavy rain that fell Friday night.  Sunday afternoon’s finals were gridded based on points. 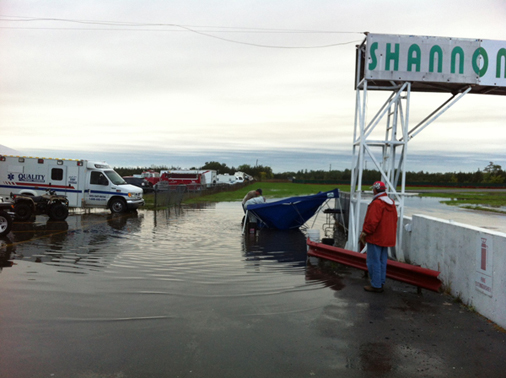 Michael crashed out of the lead of the Pro 600 race on lap 2.  He was able to remount and finish, collecting some points.  The race was won by Louie Raffa, his first Pro win.  Sean Huffman finished second and Amzy Nawaz third.  “Going into the race, we were second in the 600 points, 13 behind Sean.  I knew that to pass him in the Championship, I had to win and he had to finish 4th or worse.  I had arranged to borrow a bike for the Superbike race in case things went horribly wrong and decided to go for it!  It didn’t work out the way I wanted and the crash put me third in the Pro 600 Championship, but at least the bike was only scratched a little,” explained Michael. 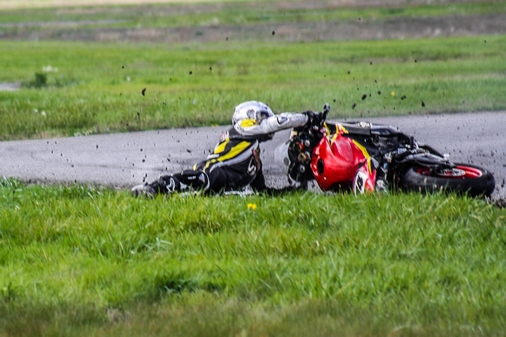 With Garvie absent, Leon needed to finish in 9th place or better in the Superbike final.  Michael decided to play it safe and just bring home the Championship and that’s what he did with the 6th place result.

“I’m thrilled about winning it!  At the beginning of the season, I never would have thought that we would be able to pull it off.  We finished 12th in SBK at the first round but consistently improved from there.  Things just came together.  I’m proud of myself for adapting to the 600 after 7 years riding twins.  And I’m proud of the whole team.  Carlos Carrascosa did an amazing job with the motor and at the track all year.  Sandy Noce (Pro 6 Cycle) was always there for us, with technical support for the Dunlop tires, which gave us an advantage.  John Sharrard (Accelerated Technologies) was always only a quick call away to help dial in the Elka suspension that he had prepared for us.  Without Royal Distributing’s support, we would have never even made it out to compete in the first place.  Thanks to everyone for their tireless efforts!” commented Michael. 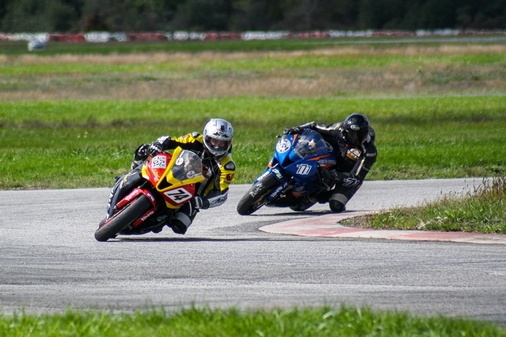 “My biggest support comes from home.  Without my wife, Jennifer, and daughters Jaimie and Jayden, behind me, I would not be able to compete in the sport that I love so much.  Thanks girls!” added Michael.

In the Pro 600 and the Open Masters class Championships; Michael finished third overall.  Throughout the season, the team earned nine podium results, including two wins.   As well, they finished 4th at the Rd 2 and Rd 5 CSBK National Pro Sportbike races.

After a few weeks of rest, the team will begin to make decisions regarding the 2013 season.