by John Hopkins
in Feature Stories
0

Perhaps the most significant rider switch during the MotoGP ‘Silly Season’ has been the move of Britain’s Cal Crutchlow from the Tech3 Yamaha squad to the factory Ducati outfit.

Inside Motorcycles’ Les Kalman talked to the 27-year-old former World Superbike star last month about his switch and other aspects of MotoGP racing.

Inside Motorcycles: How were the summer holidays?

Cal Crutchlow: Good, I stayed in San Diego. We spend the winters there and we stayed there this month as well.

CC: Yeah loads of cycling. I haven’t rode a (motor) bike since Laguna. I’m happy to take a bit of a break. We had a bad result at Laguna and it was nice to go away, take time to think about it and hopefully come back stronger.

IM: Did you put some serious kilometres on the road bike?

IM: How are you feeling with the contract with Ducati?

CC: I made a good choice; the option was there on the table. There wasn’t really any other option to go anywhere else either. But I think from a point of view of my career I think the choice I made was good.

IM: Were there any other offers on the table?

CC: Yeah. Yamaha offered me something but I just wasn’t happy with what they offered me. I think that’s only fair. What they were offering me was not what I expected or what I was worth. Not in value but in general as well. They couldn’t offer me a factory bike and they didn’t offer me a package I was interested in. Because they have so many riders. They have the two (Jorge Lorenzo and Valentino Rossi) and I think they will keep them after next year as well. So I was in a tough situation with them.

IM: From a contractual perspective, was bike support the biggest issue? 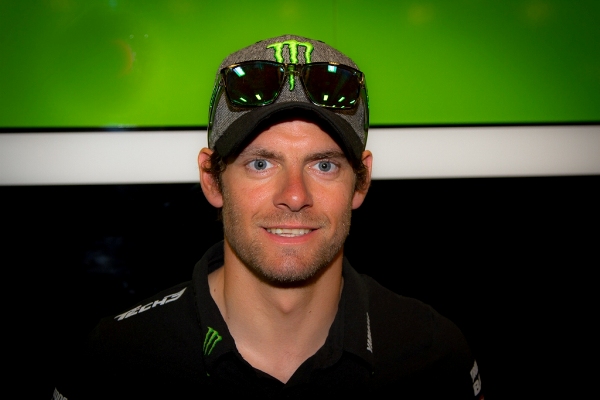 IM: Does social media create more stress about your decisions or does it not influence you at all? Twitter has been buzzing, people can comment and speculate that this move may be a career ender or it could elevate Ducati to a championship. Do you read any of that and does it affect you?

CC: Yeah, but people don’t know the ins and outs. Until they work in this paddock, I don’t listen to what they say anyway. Why should I be told what to do by a guy that’s never raced a motorcycle or never been in this paddock, ever? I obviously respect their opinions and their decisions that they make but it’s not their decision. They don’t know what I’ve been offered or they don’t know what I can ride or what is offered to me by someone else. So, they can’t really comment on it.

But, I also have had a lot of support from it. People at the start, the only question they asked was why did you sign, why did you leave, why? Once I explain it to people, and say to them that there was no real other option anywhere else, and that just the way it is, then they understand. They can see it from a point of view of once I explain it in depth, they understand a lot, lot more and then they change their comment to “we really support it, good luck, we support you.” It’s just the way it is. I don’t worry too much about criticism. I normally ride better when my back’s against the wall anyway.

For sure, it’s not going to be easy, but racing a motorcycle isn’t easy. I appreciate their opinions but if it was somebody big up in the MotoGP world, I think I would listen a lot more than someone just watching from home because it’s difficult for me to take the opinion of someone that has never been here. I really appreciate the fans, they’re passionate, and they want to see me do well. I have to be very careful; they’re only wanting me to do well, not do shit. Normally their comment is because they want me to do well.

IM: You’re great with the fans; how important is that interaction for you?

CC: Don’t get me wrong, if I’m having a bad weekend I’ll get pissed off. At the end of the day it’s not the kids’ (fans’) fault. If a fan comes up, it’s not their fault. If I have to go to lunch, then I have to go. I can’t do everything everyone wants. At the end of the day you try your hardest. People that come to the races are essentially the ones we want to buy our bikes. We want to share our goals with them as well. I remember being the kid asking for autographs and stuff like that as well. Sometimes we have to take a break and get away from it. 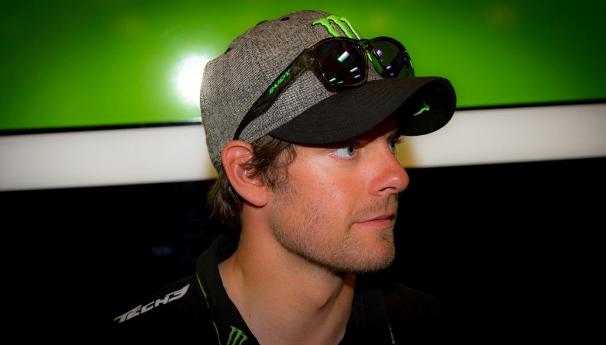 IM: Can you tame the Ducati for a championship?

CC: I think next year would be very difficult, but the year after, why not? You know, they have to make some big changes. But also, as I have said, I can’t comment on anything to do with Ducati, about the riders, the bike, the team because I’ve never ridden the bike. I’m not the same rider as them and I have not been on the team. So it’s unfair for me to say anything about Ducati when I don’t know and I have never ridden the bike. So, at the end of the day it’s a motorcycle, I’ll try my best and I believe that my 100 percent is better than everyone else’s 100 percent. If I don’t believe it then I shouldn’t even be racing. So I really believe that.

Can I turn it around? I hope so and I won’t give up; I’ll do the best job I can. My mentality and riding style is a lot different than the other guys. That’s just the way it is, I think. It’s not going to be easy, by any stretch. They need to change obviously as well but we’ll see what happens and then I’ll comment on it.

IM: If you could change something within MotoGP, what would it be?

CC: It’s difficult, Carmelo (Ezpeleta) is doing a fantastic job of that. Dorna is doing a fantastic job of trying to do that. It’s not easy to be those people. We say one thing, the manufacturer says another, each manufacturer says different to each other, the riders want different things, we want to go to different circuits, and the circuits say something different, so to be in control of all that is difficult. So I think they’re doing the best job they can. I really support Carmelo and his decisions that he makes because it can’t be easy at all. What I think they will do in the future is to make it a bit more fair, where everybody that rides a manufacturer’s bike would get the same bike. That’s what I believe. But that won’t stop the same guys being at the front. The fastest guys in the world are the fastest guys in the world. I just believe that it will bring the racing closer from a start and also bring the other guys that are on satellite bikes or teams a bit closer to the front. It gives them more chance to challenge and maybe they become the best rider in the world. You don’t know. I think that change will happen in the next couple of years.

IM: Where do you see yourself five years from today?

CC: Still competing for the MotoGP world title. I believe that at that sort of age it would be the perfect time to still keep going and still racing. Who I’m with and what I’m riding, I don’t know, but I believe I would still be here racing a motorcycle. I believe peak for a motorcycle racer in MotoGP is around 30-31 anyways. If I look back with Loris (Capirossi), Sete (Gibernau), Valentino, I think that sort of age is the perfect age. I really do. But if you look at (Marc) Marquez and people like that it means how fast are they gonna go then, it’s gonna be *#@^!  Maybe I’ll be finished by then!

IM: Any advice to the young up and comers in motorcycle racing?

CC: My answer will be a lot different than the other motorcycle racers. They’ll probably say something like “follow your dreams” or stuff like that. I won’t be like that. I’ll say “try to win! Don’t do anything but win. Be determined. If you have a bad result go away and make sure you better yourself. It’s determination that’s got me to where I am, I believe, more than anything. Be patient, don’t expect everything at once. It’s not gonna happen like that.” That’s it.

Trevitt’s Blog: Using Altitude and Slope to Your Advantage