The Ontario Federation of Trail Riders had a bustling display all weekend.

Those who braved the cold temps on Friday and Saturday and the snow blast on Sunday were treated to another fantastic running of the North American International Motorcycle Supershow, held January 3-5 at the International Centre in Mississauga, ON. Everything from new models to charity rides, vintage bikes, award presentations and custom builder competitions were part of what is considered to be the largest motorcycle show in North America. 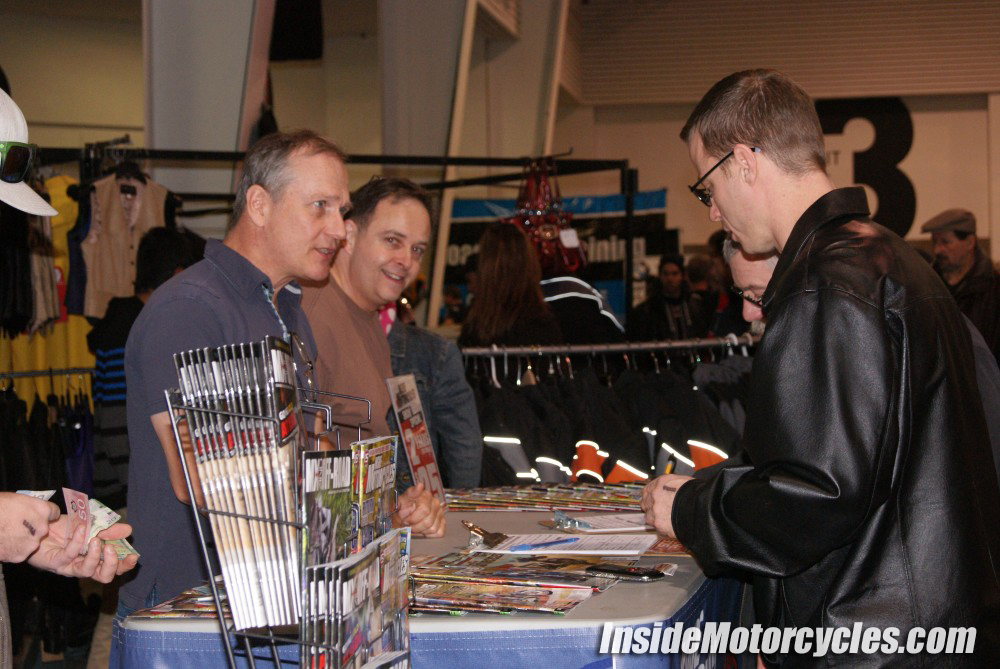 You’re always going to find some smiling faces at the Inside Motorcycles booth. Here contributor Mark Levert and Senior Editor Jason Thorpe talk bikes with a couple of new subscribers. 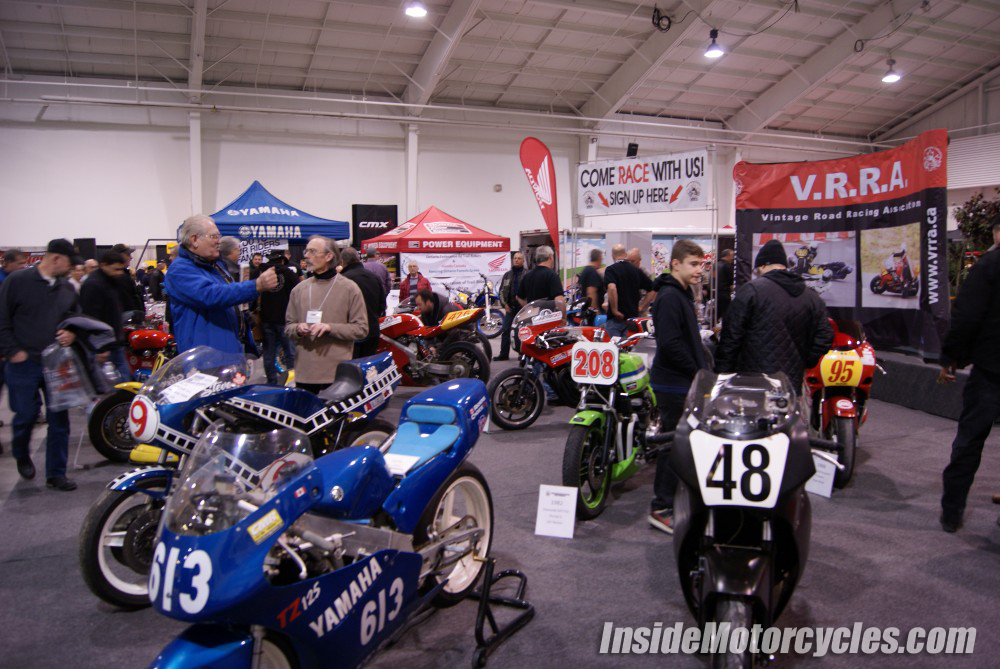 The Vintage Road Racing Association had one of the most impressive displays of the entire show. 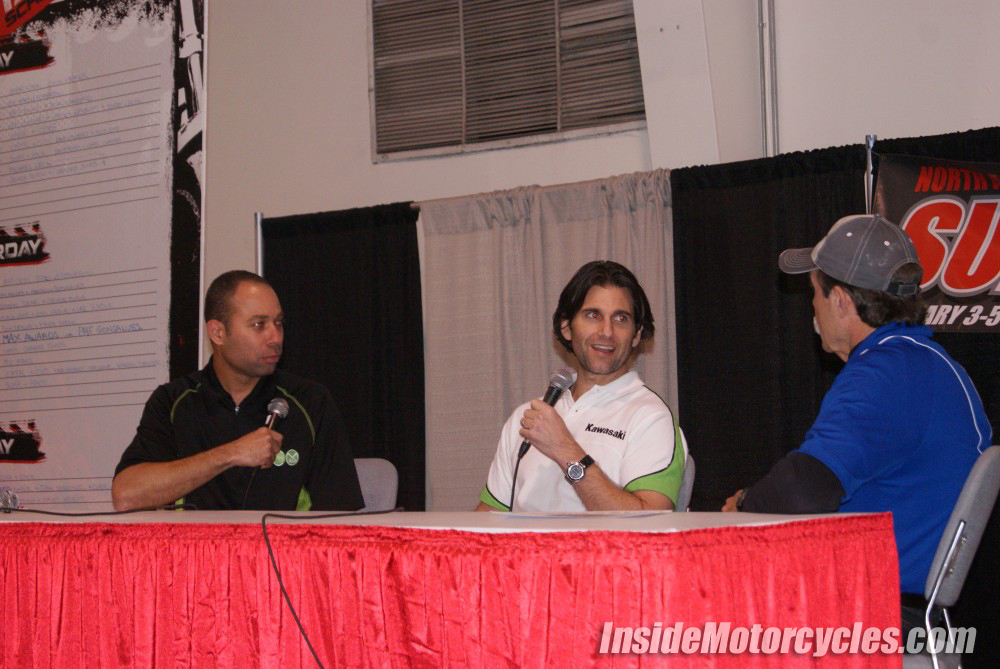 Dan Kruger (middle) had a meet & greet session with readers and fans at the IM booth before he and fellow international Canadian road racer Franklyn Dominguez (left) had a Q&A with Frank Wood. 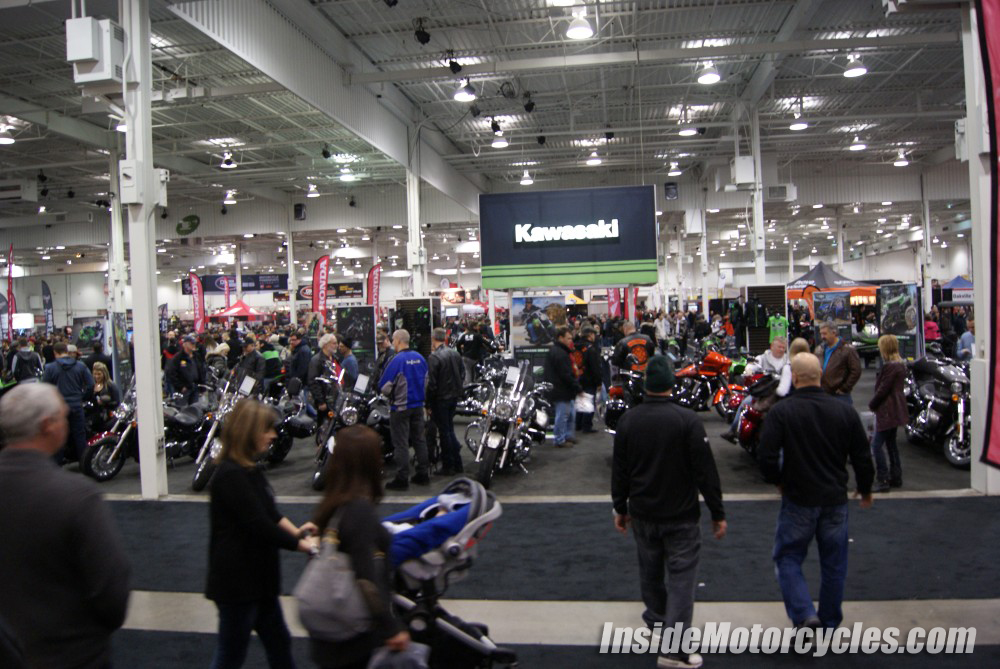 Kawasaki had the biggest corporate booth at the show, offering the huge crowds a chance to see all of the latest 2014 models. 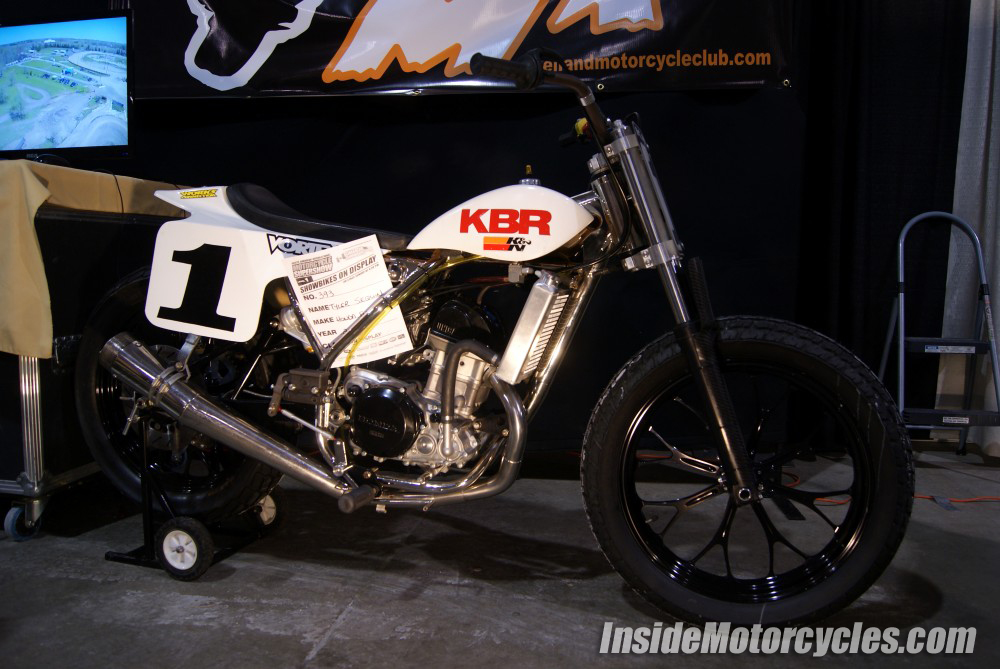 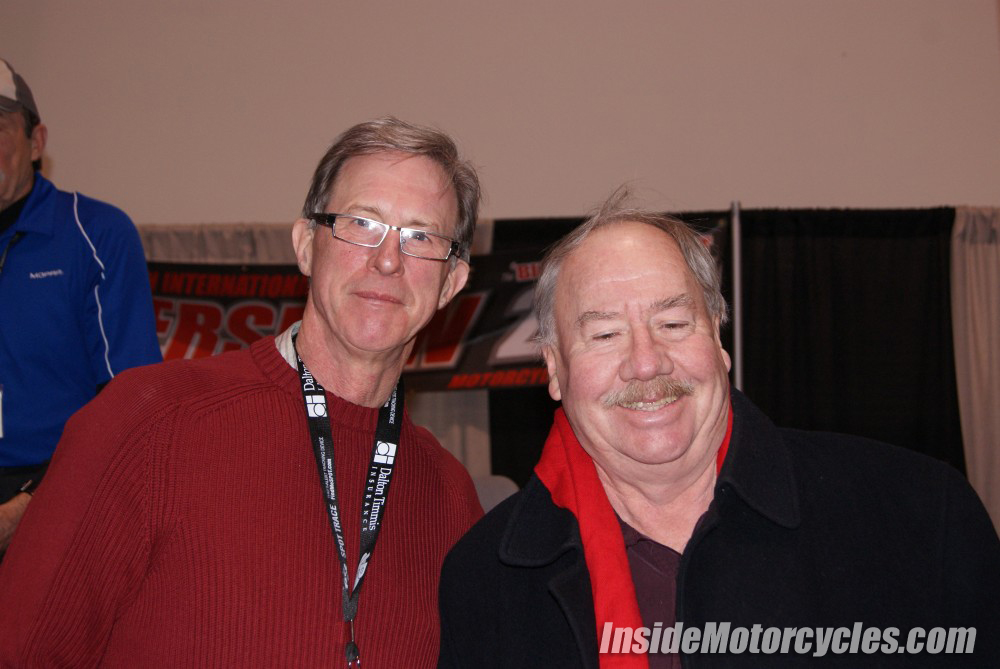 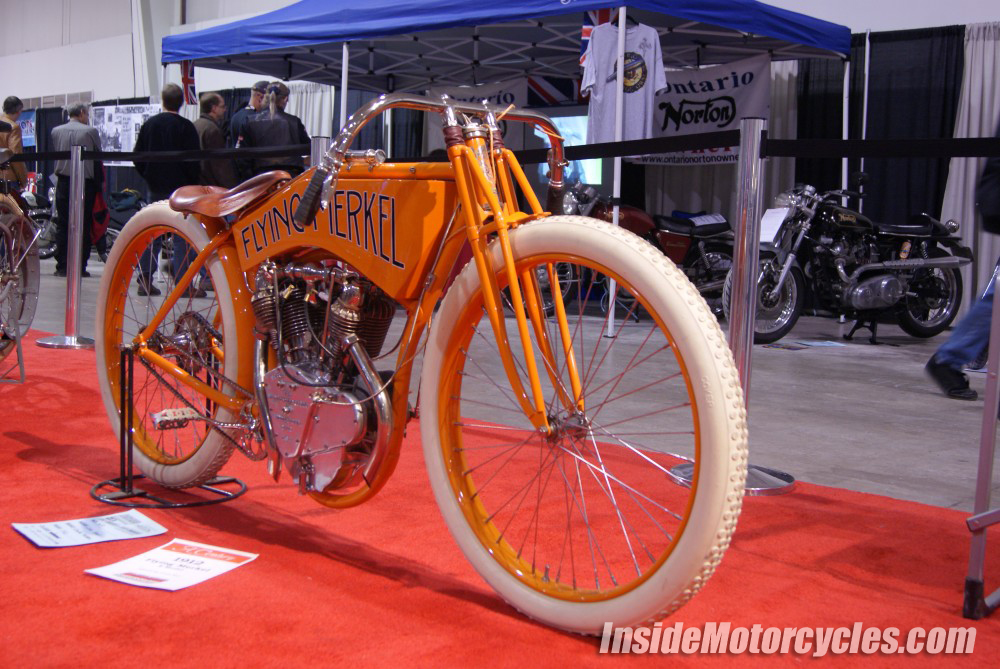 One of the infamous Flying Merkels. 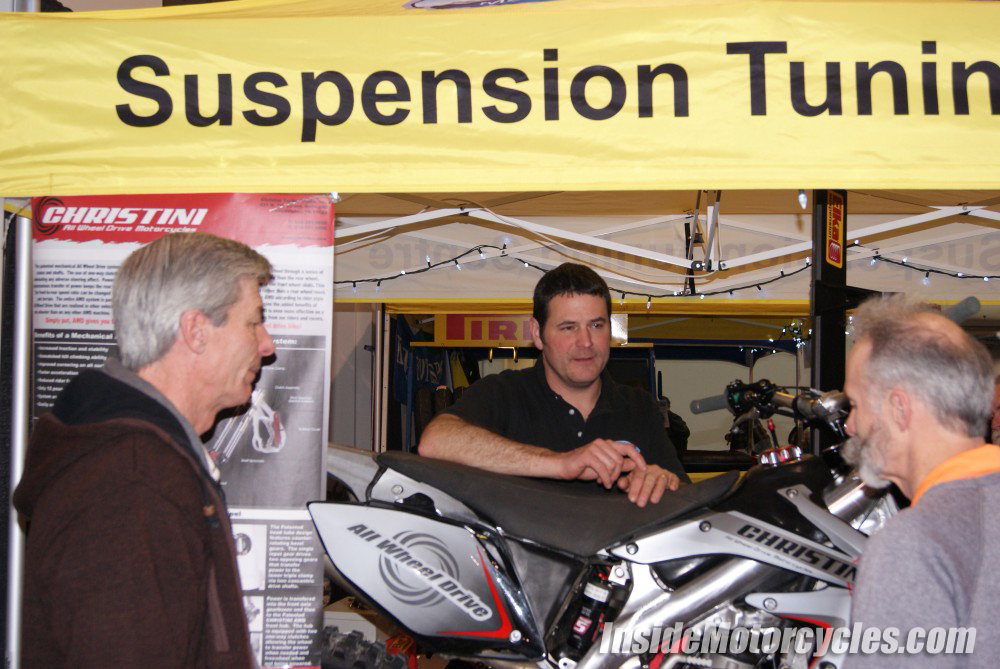 Our Inside Tech columnist John Sharrard was busy all weekend at his Accelerated Technologies/Elka display, seen here chatting about the AWD Christini motorcycle. 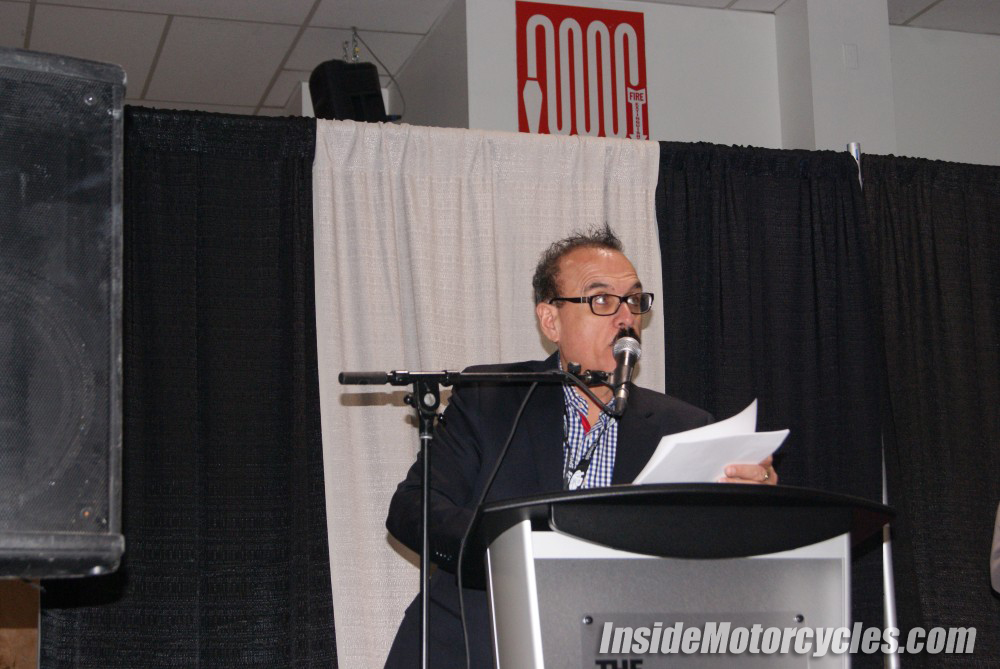 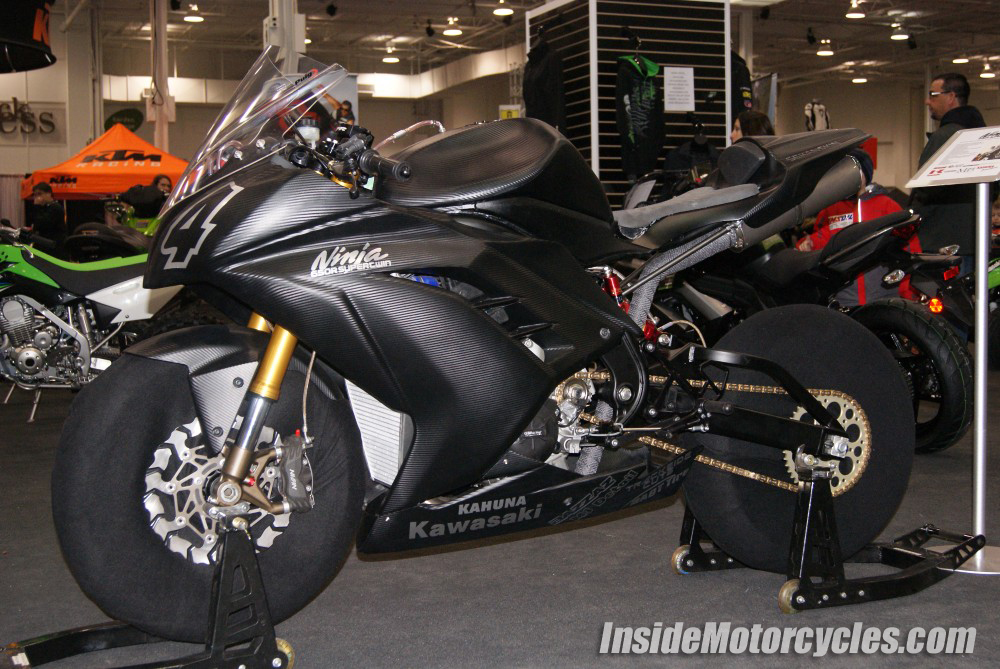 This carbon fibre-clad Ninja 650-based ‘Supertwin’ was a popular draw in the Kawasaki booth all weekend. 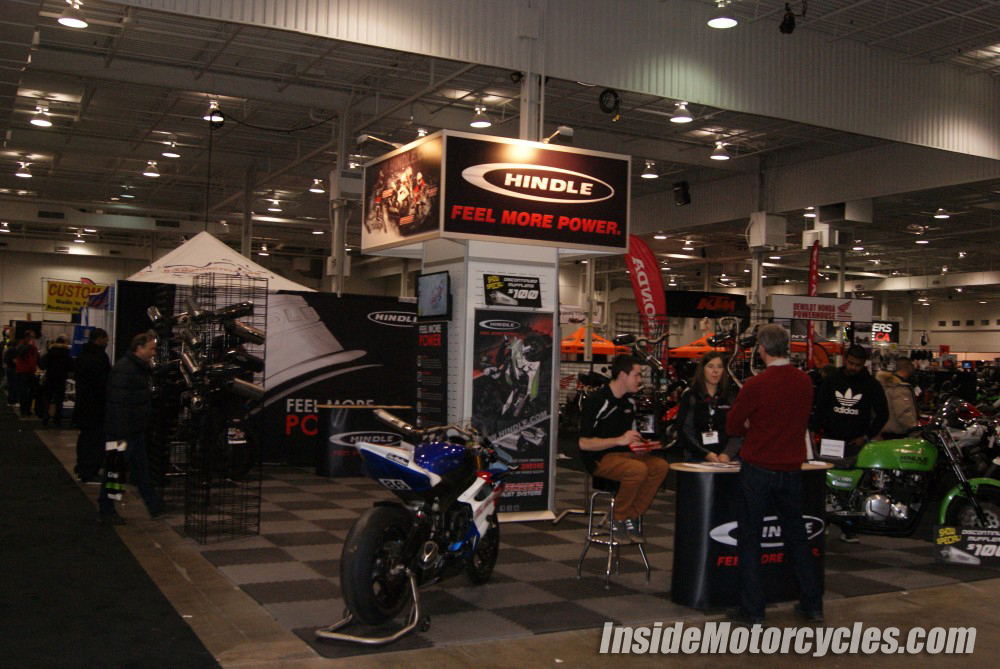 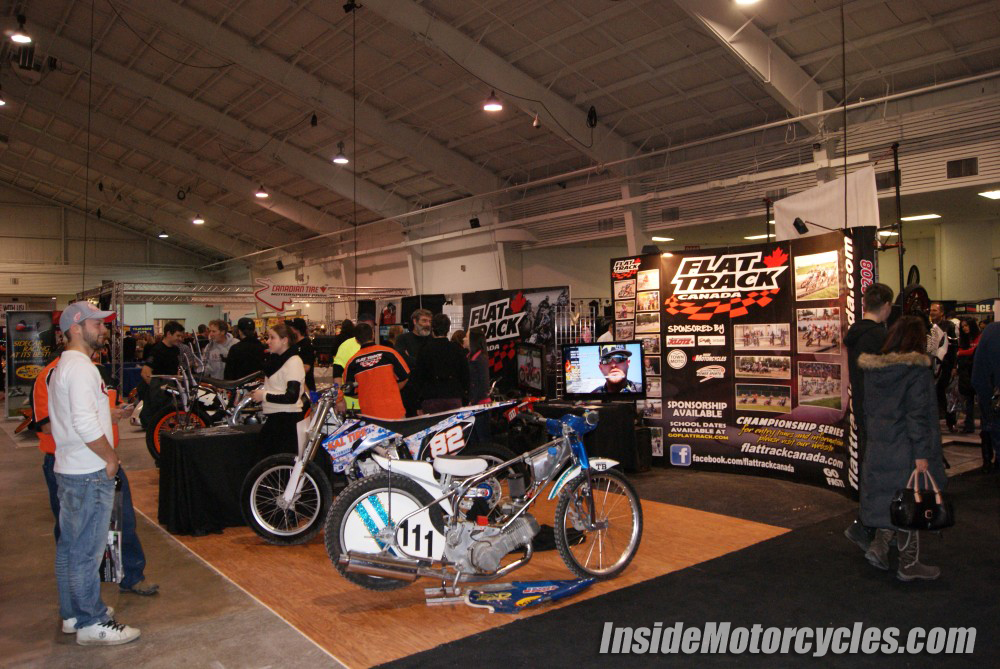 FlatTrack Canada had a strong display and generated lots of interest for the 2014 season. 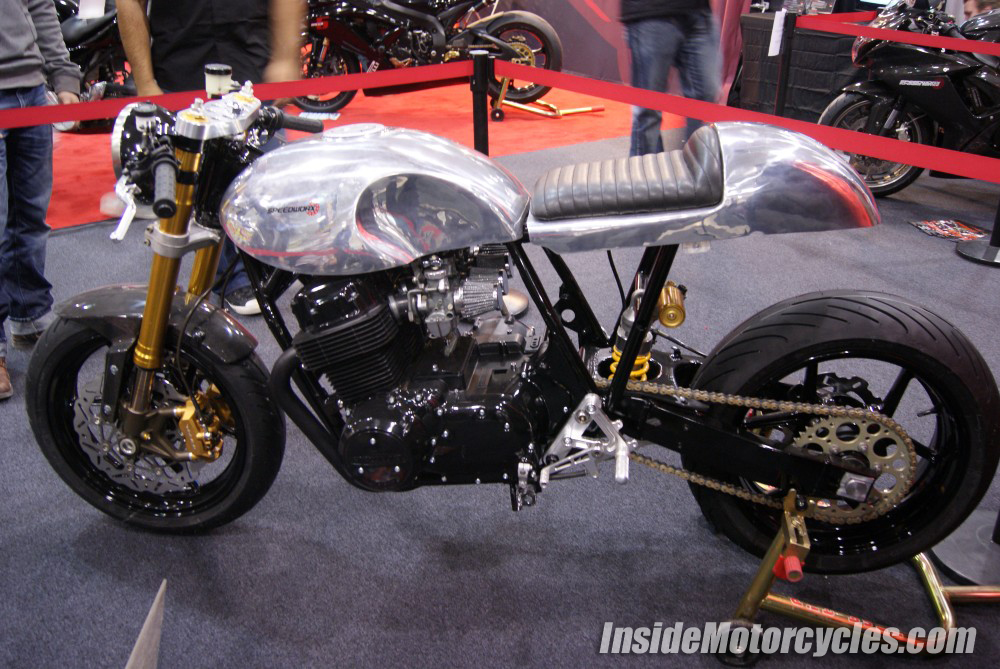 Speedworx put together this super impressive CB750 to show off their custom fabricating capabilities. 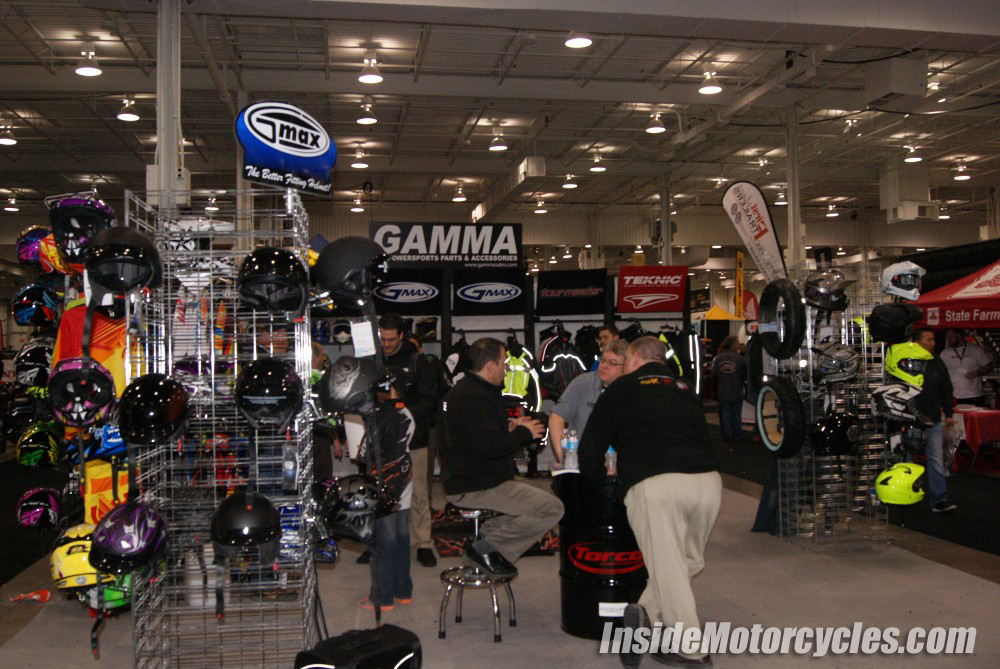 Our friends at Gamma sales showed off a wide range of products and accessories available for 2014. 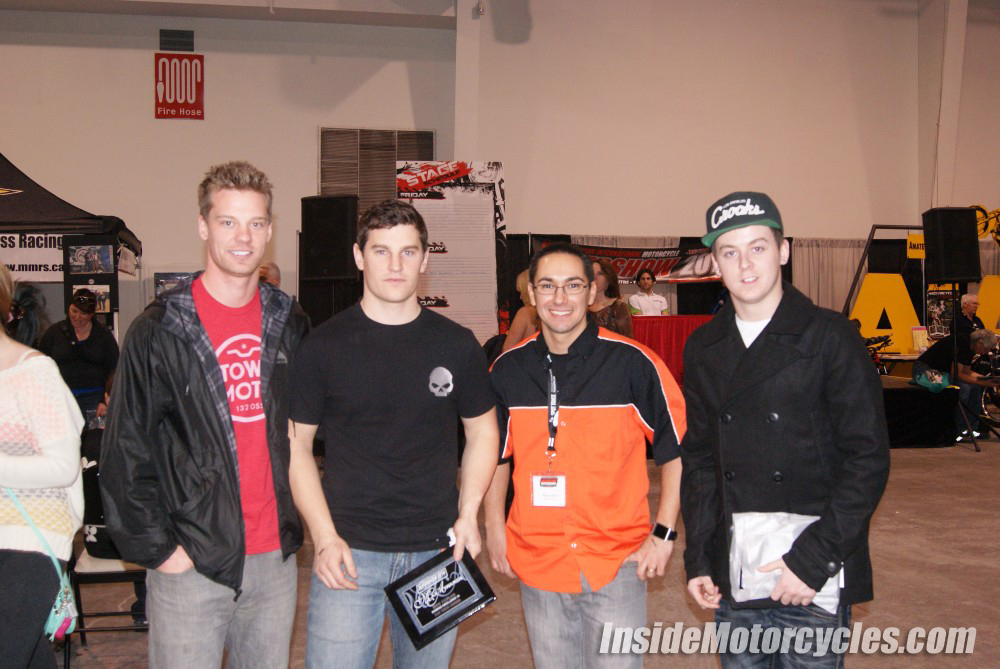 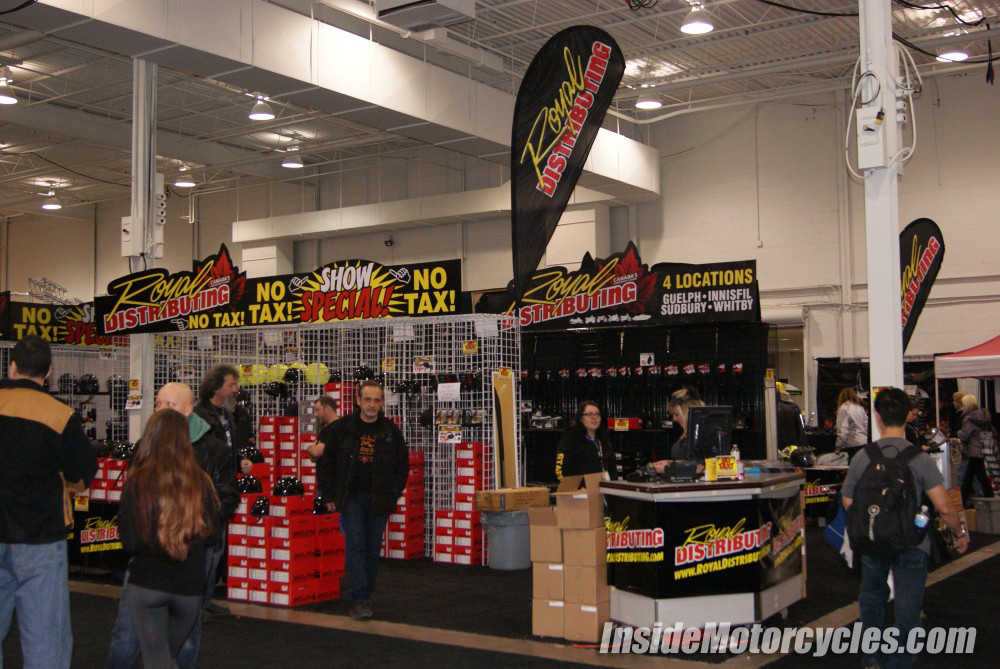 Caught here during some down time, Royal Distributing was one of the many big retailers who benefitted from Saturday’s huge crowds. 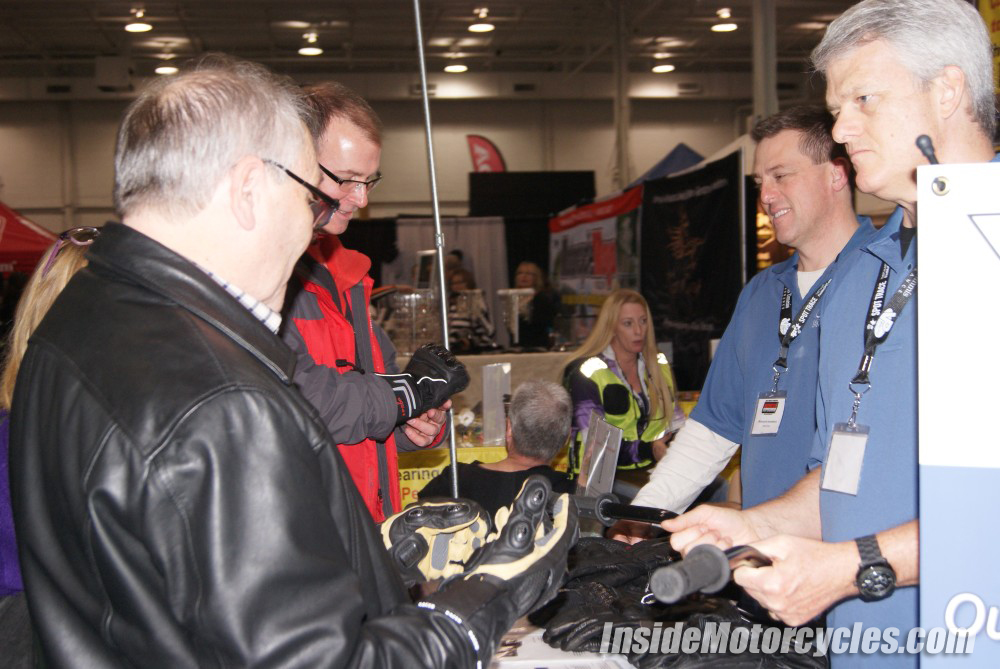 Motorcycle Innovations was busy as usual, showing customers its wide range of products including its new Racer glove line. 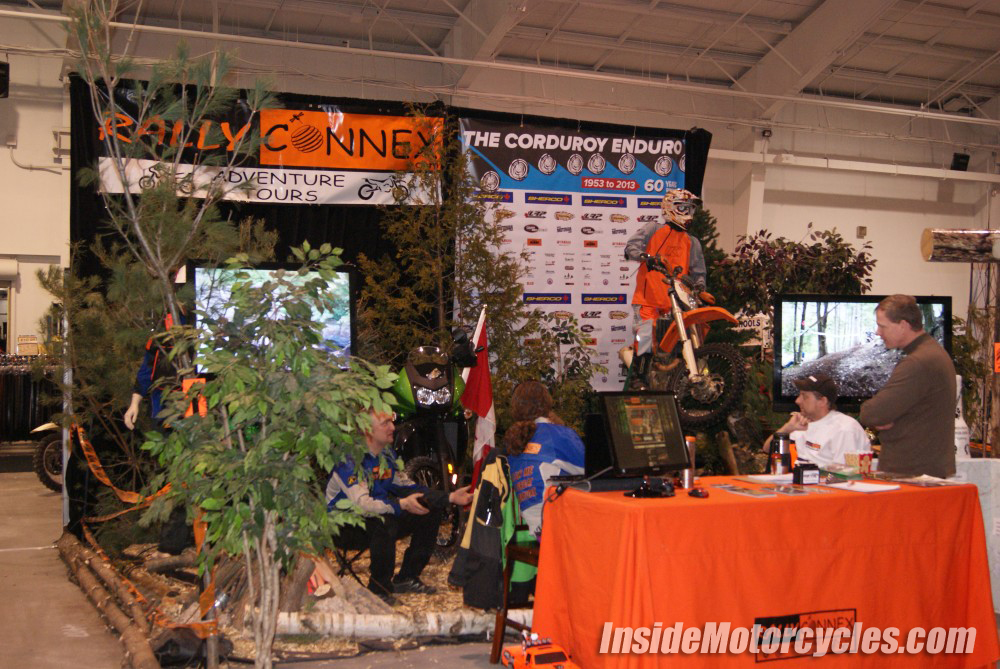 Rally Connex brought the outdoors in at the Supershow! 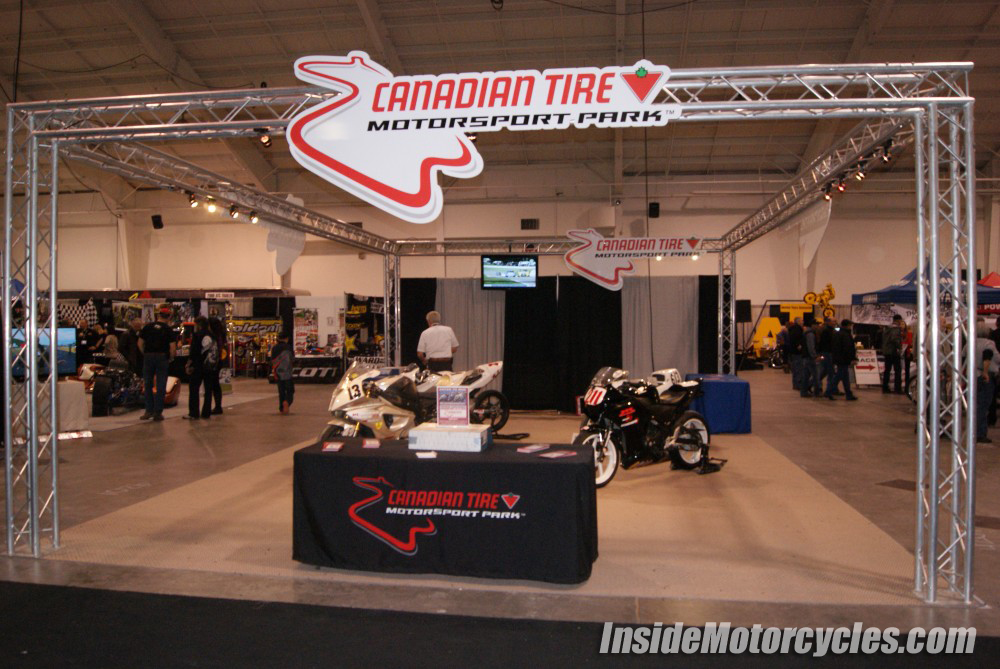 Canadian Tire Motorsport Park had a clean corporate display and a contest for free tickets to the CSBK race in August. 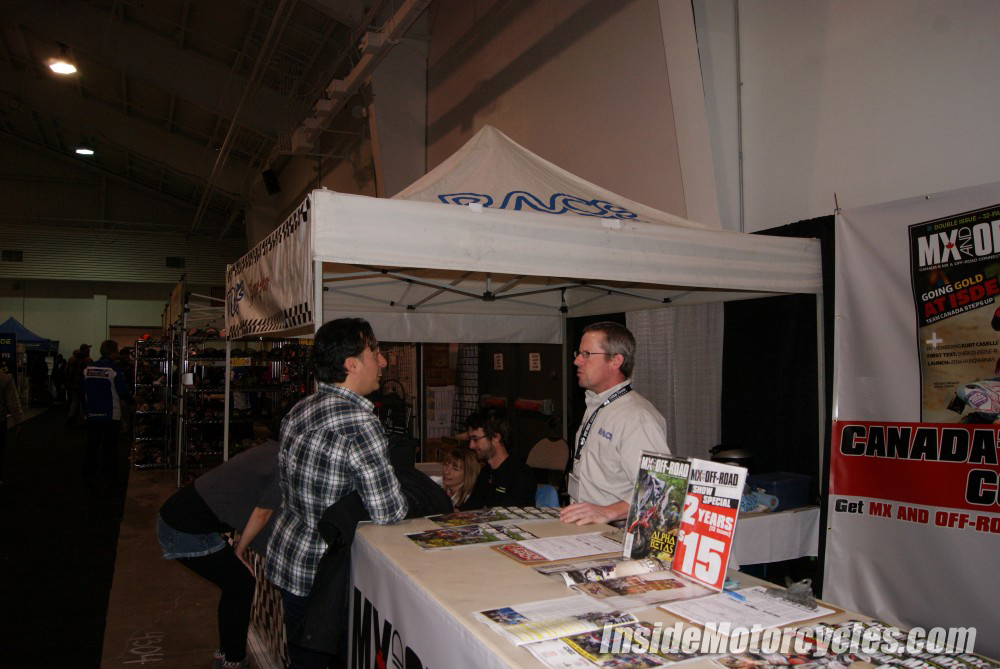 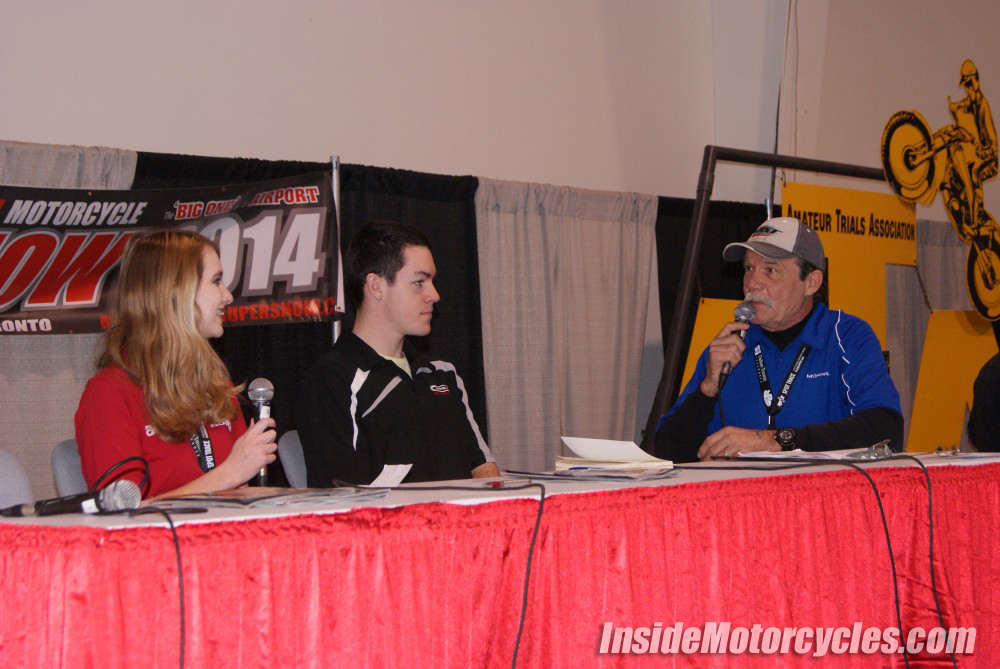 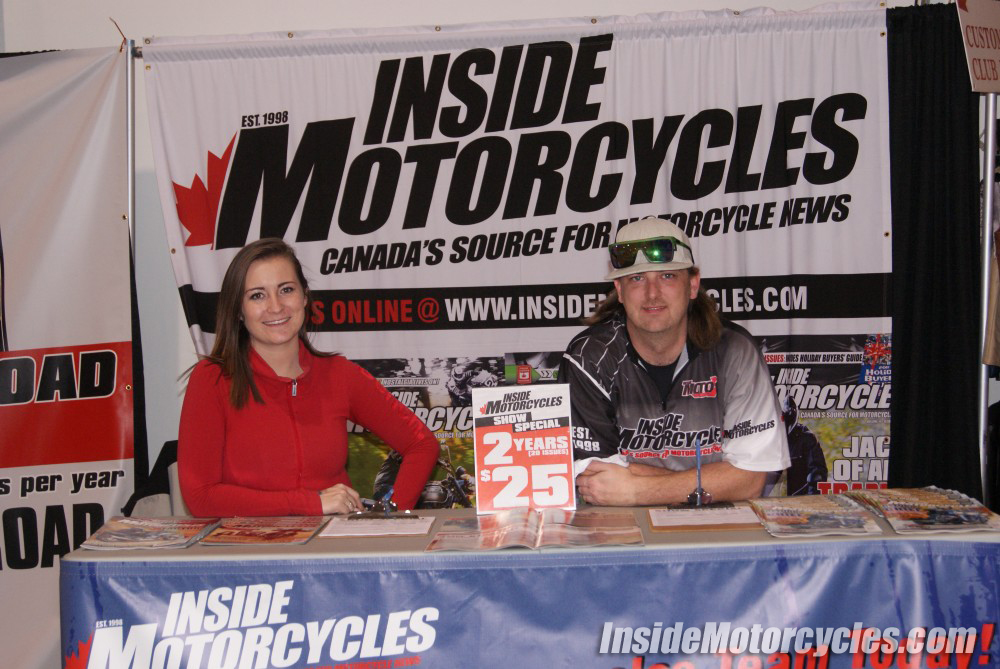 Despite the long hours, IM event staff was ready to greet readers and passers-by with happy faces! 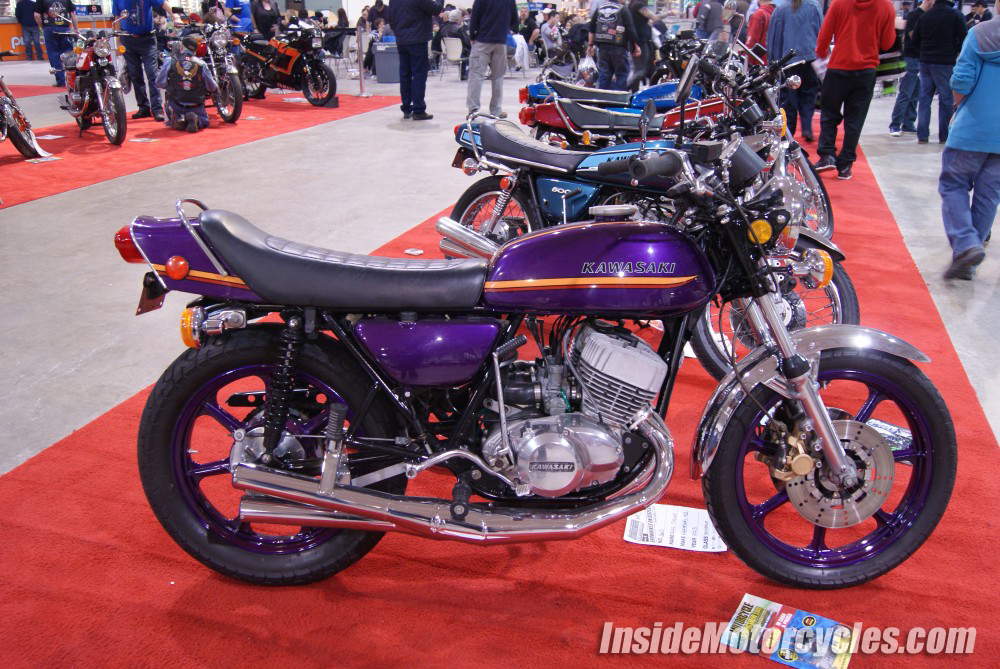 Dan Kruger’s Racing in China Blog – “Nothing in Common”

Dan Kruger's Racing in China Blog - "Nothing in Common"