Story and photos by Colin Fraser, exclusive to Inside Motorcycles

Reigning World Supersport support series champ Chaz Davies gave his ParkinGO MTC Racing Aprilia RSV4 squad a great debut Superbike win in race two of  the eni Superbike World Championship round at the Nürburgring in Germany. Part of the lead dispute throughout 20 laps of the 5.137 km long German ‘ring, Davies was the only front runner to hold his pace, pulling way for an eventual three second victory.

SBK series rookie Brett McCormick, who scored his first World Championship point earlier in the day with a 15th place finish in the opening race, had a disappointing outing, retiring on lap 15 with engine problems. The Team Effenbert Liberty Racing Ducati pilot had run as high as 15th in race two before his engine expired in a cloud of smoke.

The race started with a good battle for first between the Kawasaki ZX-10R Ninja of Tom Sykes, the BMW S1000RR of Marco Melandri and Davies. But Melandri crashed on lap eight, his second fall of the afternoon. 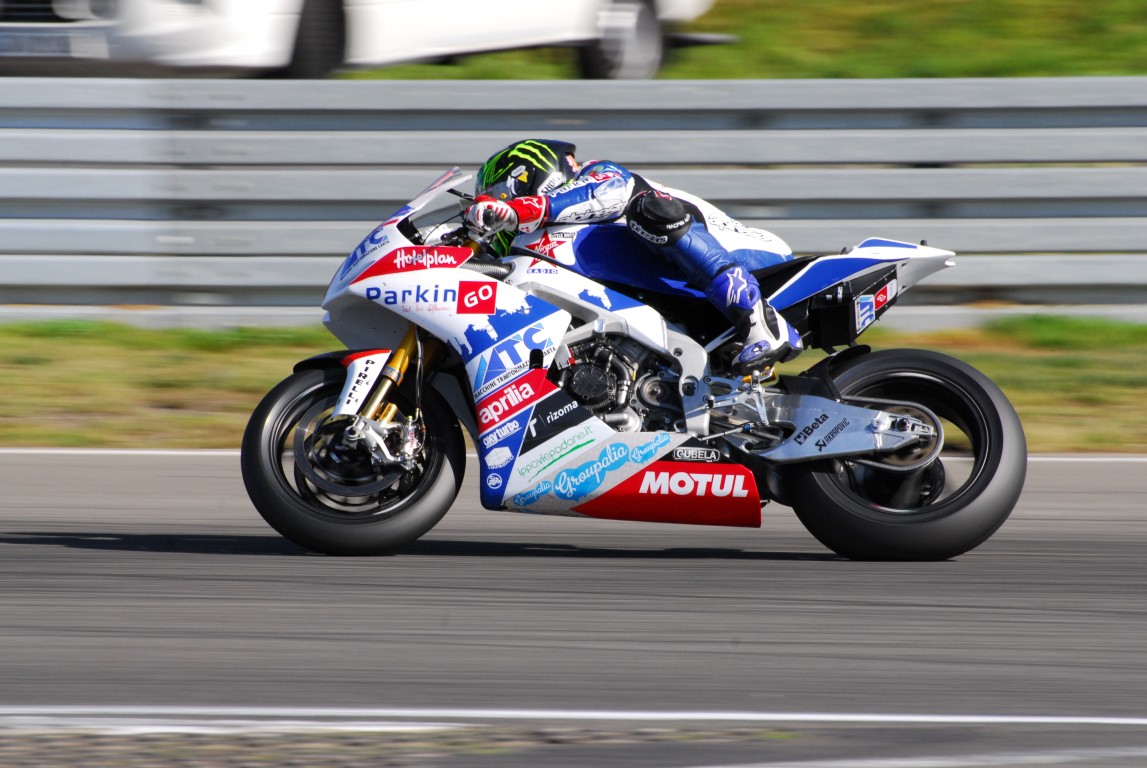 Privateer Chaz Davies got the win in race two on his Aprilia.

First race winner and pole sitter Max Biaggi, the points leader, crashed his Aprilia in spectacular style on the first lap in an incident involving Sykes and Eugene Laverty, but remounted to work his way back up to 13th at the finish, keeping a slim points lead.

In the Championship chase, Biaggi holds a slim lead, 318 points to 308.5 over Melandri, with Sykes third at 291.5. Four races remain, two at Portimao in Portugal in two weeks and two in October at the SBK Series final at Magny Cours, France.

Melandri’s fall was followed by Sykes’ fading pace, as Davies began to pull away from the battling pack, the racers debating second gradually losing sight of first place. For much of the middle of the race, the FIXI Crescent Suzuki of GSX-R1000 of Leon Camier was second, but eventually Laverty powered past with the second works Aprilia vee-four with two laps to go.

Laverty edged the impressive Camier by .2 of a second for second, Jonathan Rea not far back in fourth on the Ten Kate Honda CBR1000RR. Sykes managed to hang on to fifth, out-dueling the Althea Ducati 1098R of reigning World Champ Carlos Checa during the final laps.

“I never expected to win a race in the first year,” explained former AMA and GP racer Davies. “Of course, that’s your goal, but I’m realistic about how tough, how competitive this Championship is. It was quite a nervy feeling when you’re in the lead, on your own, trying to win your first Superbike race.”

For McCormick, his second race was an improvement over the first counter until engine concerns intervened. “I felt something coming out of the far hairpin, coming up the hill, so I switched to another (ignition) map,” started McCormick. “That didn’t help, it was a real issue, so I knew I had to come in. The bike felt like it was running a gear high; it had no compression, so that was it.” 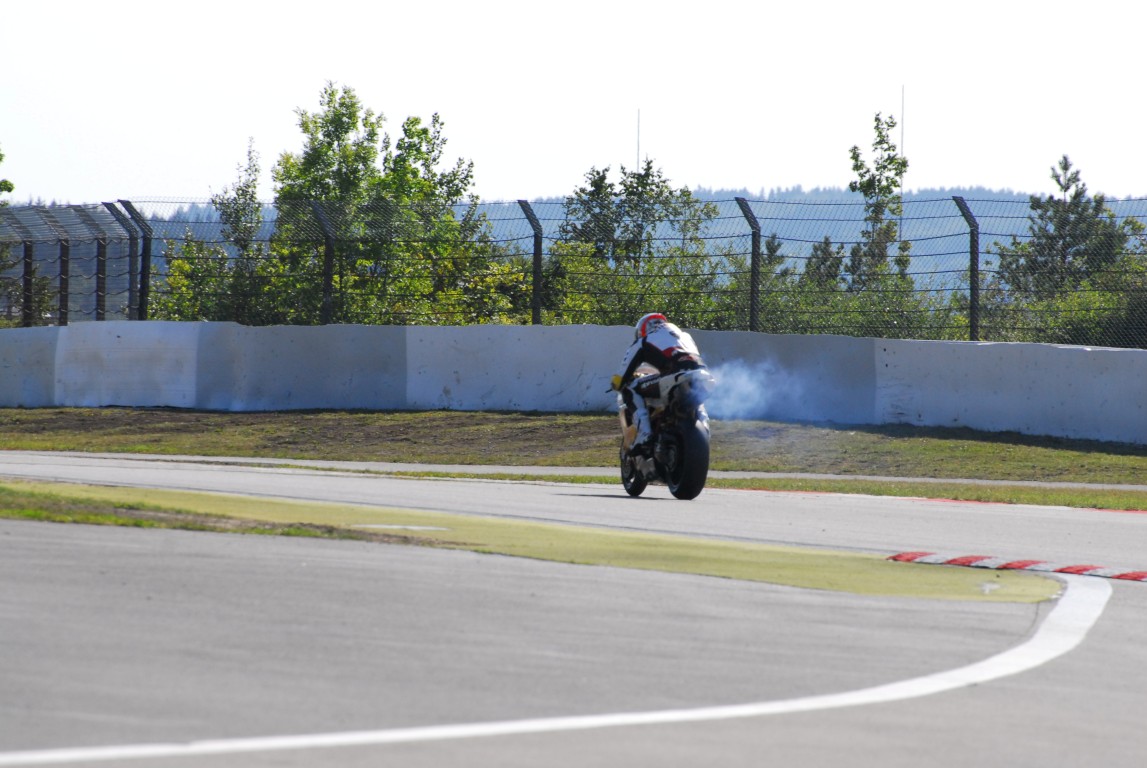 McCormick’s chances literally went up in a cloud of smoke on lap 15.

“Overall, the race wasn’t going too bad,” reflected McCormick. “It stinks when you have a mechanical, but it happens – I wasn’t pushing hard. I think our tire choice was a little better, we were running about half a second better than in race one, but we were still off the pace. I’m a little rusty, it’s been four and a half months since I was in a race, and that was Assen when I got hurt.”

“I’m trying to go with the flow, get back into it, and I enjoyed the racing. I had no hesitation anywhere, no real drama. That was a goal. Our next two tracks are tracks where I raced last year in Super Stock. There is an increase in your comfort level when you are familiar with the circuit; you go into the weekend with a whole different mindset. I can start to run with everybody right from the first session, I’m not learning a brand new track.”

Now I have some time to think everything through,” commented McCormick of his preparation for the next race at Autodromo Internacional do Algarve. “I’ll be better prepared, with a race under my belt, back working with my team. I also have a few weeks to work on my Italian!”

Aprilia Sweeps ‘ring round one as McCormick Earns First Point