On April 4 – at the second race of the MotoGP season – Fabio Quartararo gave the Monster Energy Yamaha squad their impressive second win in a row, doing it under the flood lights at the Tissot Grand Prix in Doha, Qatar. His team-mate, Maverick Vinales, won the opener seven days earlier, at the same venue. This time, a slow-starting Vinales could only manage fifth, although well up in the giant lead pack.

Yamaha’s success was a tribute to strong strategy, since the Ducati contingent enjoys a straight-line performance edge that is well suited to the Losail circuit and specifically the long front straightaway.

It is possible that the Doha-dominant Ducs might not show so well at traditional European venues, as was an issue in 2020.

“I have only won a few times, but this was such a special victory,” smiled second race works team member Quartararo, post-race.

“I came up from eighth, and I understood the pace and track were totally different from practice. I decided to really protect the (rear Michelin) tire for the end of the race.

“Then when I saw Maverick charge, I thought, ‘now is the moment to push and start to overtake.’ I want to thank my family, Yamaha, my friends, and I’ll enjoy the moment with a nice McDonalds tonight!”

In a race where the pack was so close it looked like a Moto3 round; it was tough to keep track of all the action. At the finish, there was a nine-second spread between first place and the final points scorer; the 15th overall works Red Bull KTM of Portugal’s Miguel Oliveira. Just 5.382 seconds covered the top ten.

This result marked the closest-ever finish in the history of the premier class. Only a few years ago, before spec ECUs and spec tires, there was often ten seconds covering the top five or six finishers at the average round.

Premier class rookie Jorge Martin (Pramac Ducti) was in many ways the story of the event, earning pole and then setting the pace for most of the race.

Unlike round one, the works and satellite Ducati entries were in not in complete control early, even with their advantage of mechanical launch-control that ‘locks down’ the Ducatis. 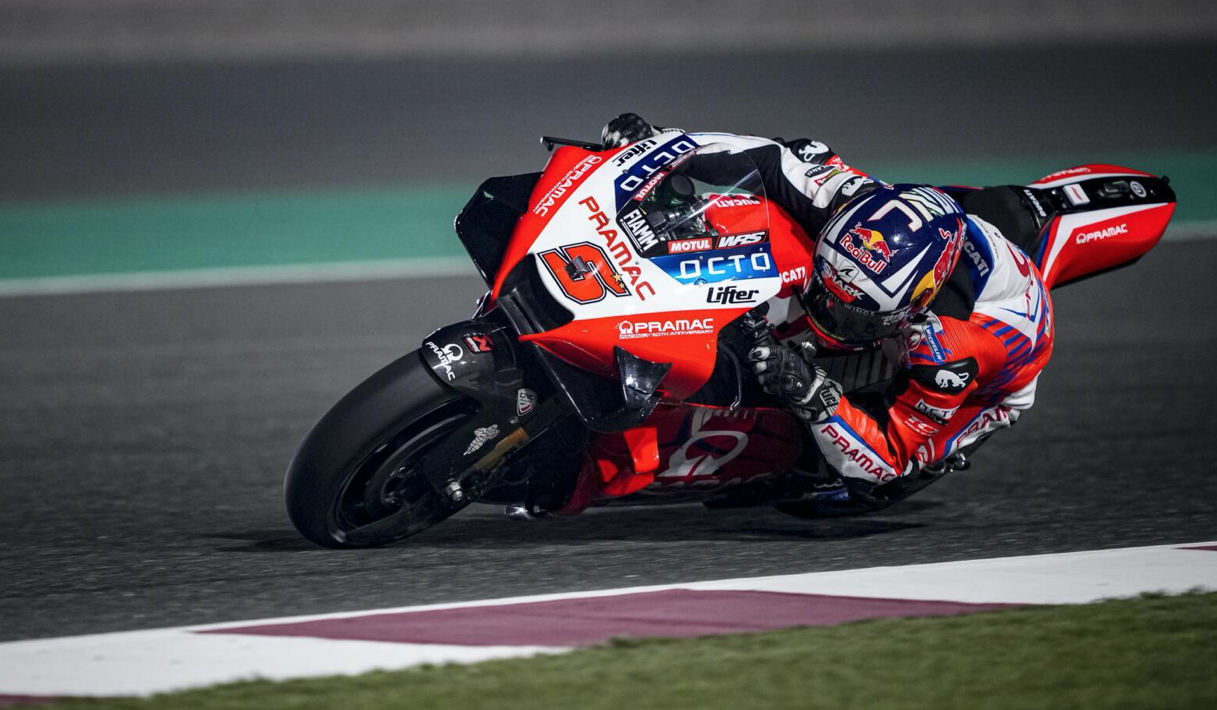 Also up front from the start was the resurgent Gresini Aprilia of Aleix Espargaro, although he would fade to tenth (still encouraging) at the end of 22 laps in the desert.

Early in the race, no one was willing to take big chances to stay in front of the powerful Ducati contingent, waiting for the Desmosedicis to wear out their rear rubber, as well as start to manage fuel consumption. As well as the factory Yamahas, the Ecstar Suzuki pair of World Champ Joan Mir and Alex Rins were near the front from the go.

Around half distance, Mir made an awfully close pass on Miller, entering a left hander, waggling a foot in apology for the bump. Heading onto the front straight, Miller (on the inside) then bounced off (plowed into?) Mir, twice, while glancing at the Suzuki rider.

This drama dropped both back a few spots, a catastrophic occurrence with the pack so tight. They blamed each other. It was hard not to think that famed easy-going Aussie Miller, a title favorite, was angry with his situation as fourth best Ducati. Mir wound up a frustrating seventh, two places ahead of Miller.

Up front, Quartararo was mounting his successful charge, aided when Bagnaia got into Turn 1 hot, and slipped from third to seventh. With four laps to go, Quartararo finally made a move stick on second-placed Zarco and set to work on race-long leader Martin.

They traded the lead, but eventually Quartararo made a pass early in the lap, Turn 3, and this allowed him to get just enough of an edge on Martin’s Ducati that the rookie couldn’t retake the lead on the front straight.

With a lap to go, Quartararo was .7 of a second ahead – enough to look safe – and second-placed Martin was under intense pressure from teammate Zarco. Zarco jammed through late in the lap, Martin tried to draft-and-pass. And at the finish line, Zarco scooped second by .043 of a second. Great race.

The result marked the first-ever ‘one-two’ finish in the premier class for French racers. Two-time Moto2 World Champ Zarco now leads the title chase from the tied-for-second Yamahas of Vinales and Quartararo, 40 to 36 points.

But given the Ducati-centric nature of Qatar, and the questions regarding the start of the Euro season April 18 in Portugal due to COVID-19 concerns, it’s a little early to worry about title implications.

Thirty-year-old title chase leader Zarco took the high-road, post-race, starting by congratulating teammate and near winner Martin of his impressive effort: “Jorge was amazing! I’m so happy. Today we had the right feeling. I felt really good, and I knew I had the chance to do so well today. With this bike and this team, we can take great satisfaction.” 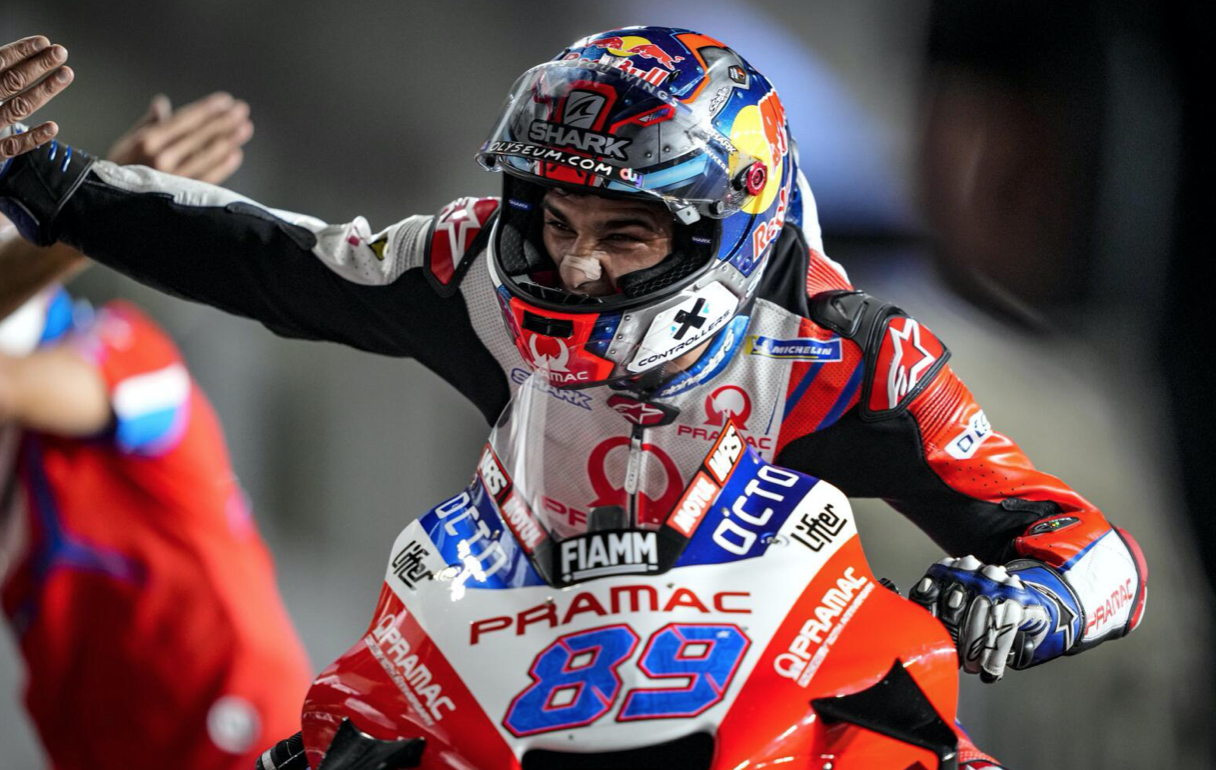