What started as a promising weekend outing for Brett McCormick in the eni Superbike World Championship at Assen in the Netherlands came to an abrupt end on lap 10 of race two, when he suffered a serious crash on his Effenbert Liberty Racing Ducati 1098R. McCormick was running in 11thposition at the time and looked ready to place in the top ten after battling through a busy pack. But instead of landing a solid points paying position, he wound up at the track Medical Centre.

While no official reports were available at the time of this release, McCormick’s team indicated that the reigning Canadian Superbike Champ had suffered some initial memory loss from the fall, and had also injured his hand. Late information indicated that McCormick has gone to hospital in the town of Assen for attention to his thumb.

McCormick’s crash happened near the halfway mark of the 22-lap, second round of the day at Assen, a crazy race where the initial damp conditions caused racers with wet weather setups to run up front early, before the dry-focused bikes moved to the head of the SBK pack. Changeable weather has played havoc with the weekend’s on-track activities, contributing to an unusually high number of incidents. 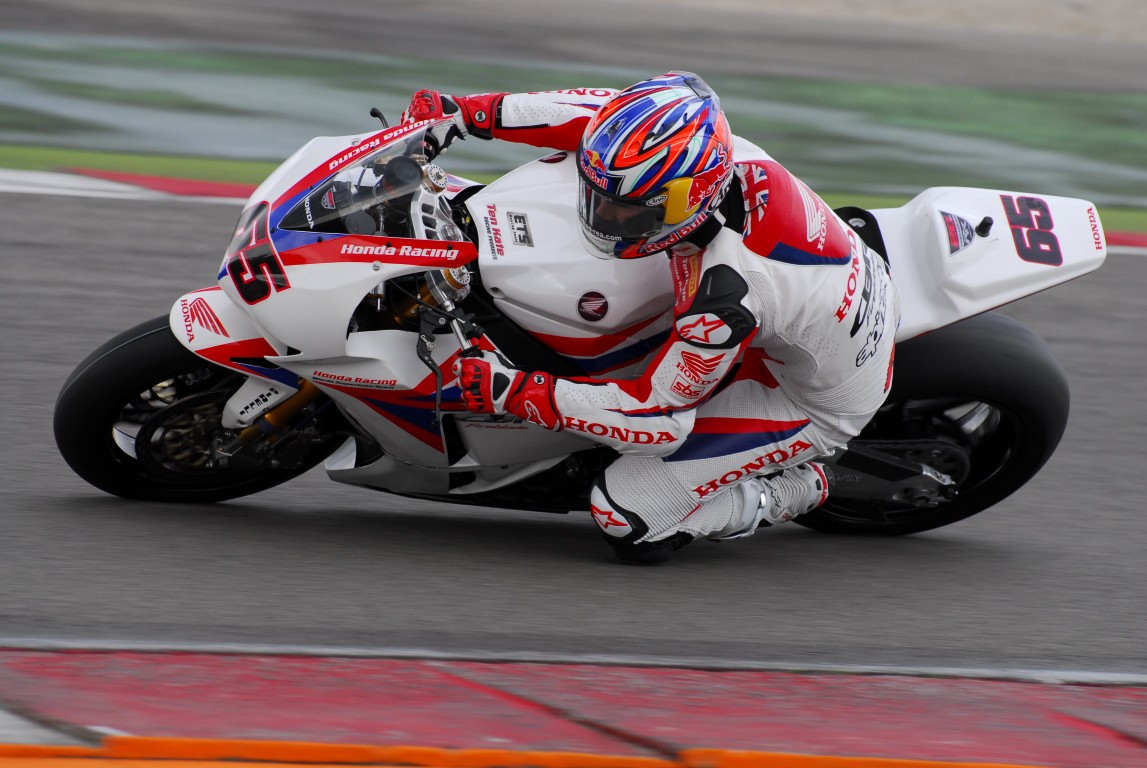 British hero Johnny Rea (pictured, left), who rides for the hometown Ten Kate Honda squad, crashed out of the lead fight in wet race one, injured his hand, and returned to charge through the pack to win race two. Sixth in the early going, Rea marched forward to take the point from the first race winner (and McCormick’s teammate) Sylvain Guintoli, with just over two laps remaining.

Guintoli (pictured, below) took a solid second on the only Effenbert Beer-backed Ducati to make it to the chequered flag. Jakub Smrz led early for Effenbert, but crashed when his tire choice proved unsuitable for the drying conditions. 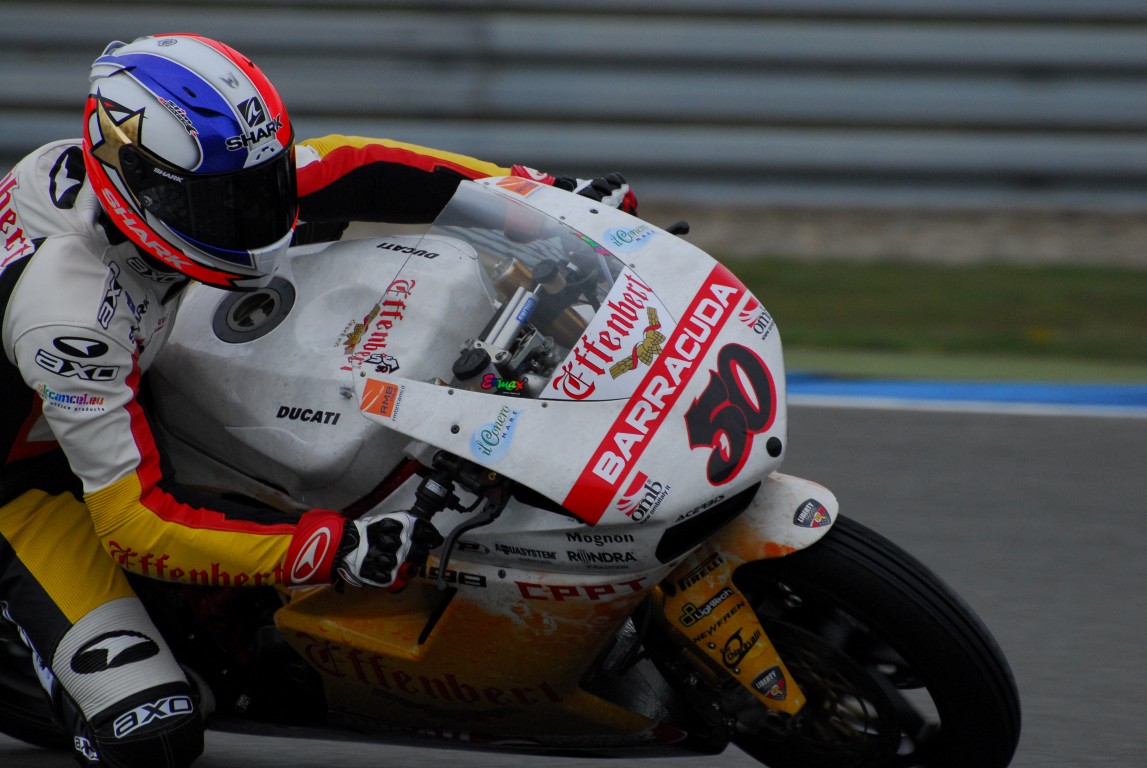 Current SBK World Champion and series points leader Carlos Checa also encountered trouble in race two, finishing last on the Althea Ducati 1098R, out of the points. Eighth place in race two for Aprilia’s Max Biaggi means the “Roman Emperor” has edged into the points lead over Checa, 92 points to 91.