ZHUHAI, China – Rounds three and four of the China Pan Delta Summer series at the Zhuhai International Circuit were marked by uncertain weather and a record field of 37 Superbikes, with riders in from around the world.

Dan Kruger was the only entry from North America and had the chance to take a comfortable lead in the championship with a couple of wins. Unfortunately for the factory Kawasaki team that would not be the case. They left China with two podiums, the fastest lap of the weekend, but also chasing Yamaha for the points title.

“Not much to say; we had a really solid weekend,” Kruger admitted. “We were quickest in the wet for the official timed practice yet never even challenged for the win in Race One. We were five seconds behind at the checkered flag in very challenging conditions.”

Yes Yamaha’s Shi-Zhao, the 2012 Superbike Champion in China, fought hard and it was his weekend in the end as the 20,000 fans cheered mostly for their local Yamaha hero.

Race Two saw Kruger in a much closer fight, taking the lead on several occasions from Shi-Zhao. Conditions were dry and he ended up putting in the fasted lap of the race by close to 0.5 secs. It still wasn’t enough and he took another second place.

With the Championship on his mind, Kruger was disappointed with the results and now needs to win the final two races in September. 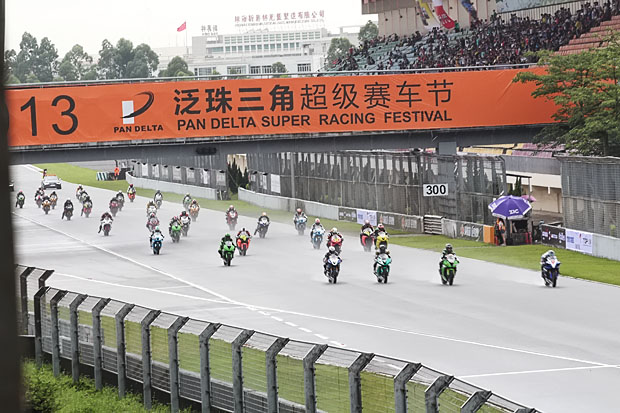 “I wish I had something to blame this on but to be honest, the team, bikes, my health are all 100 percent,” he said. “In the end, the weekend went very well for us and I would normally be very pleased with a couple of second place finishes. I really have my eye on the Championship this year and will need to have a perfect couple of races in September.

“The new OZ rims are really nice but I should have tested with them before trying them in a race. The bike handles noticeably different and we will need to adjust the suspension accordingly and also my body position for the starts. I can’t keep the front wheel on the ground.”

The Pan Delta China Superbike Championship has continued to grow in popularity and recently adopted a new qualifying procedure that allows the top 18 to qualify in a separate session. With more and more entries each round, the series will likely continue making improvements like this to keep up with the growth.

The Superbike races are now the main event at the Pan Delta Championship and are broadcast live on China CCTV 5, which is broadcast throughout China and around the world. 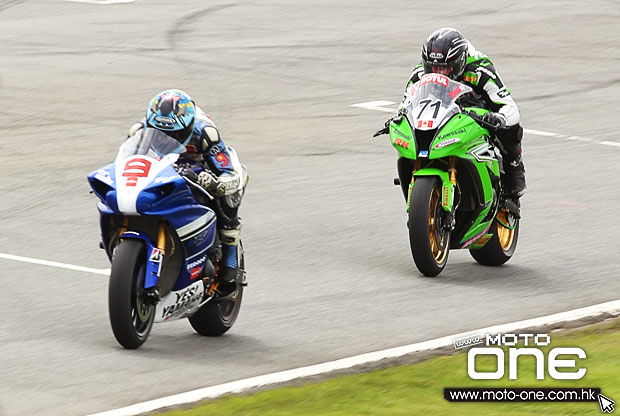 Kruger and the entire Kawasaki Team would like to thank all of their sponsors for the continued support including Titanic, Motul, Hindle, Spidi, Vemar, RK, Moto-Tron, Pirelli, Full Spectrum, Nature Power, and its newest sponsor OZ Racing Wheels.

With the Suzuka Eight-Hour off his schedule with a new baby girl on the way, Kruger will have the next two months off before heading back for the final two rounds in China followed by the Macau GP (tentative), and ending the year with an annual three-hour endurance race in China.

Hayes takes another close one

Hayes takes another close one