When John McBride was growing up in the west Toronto neighbourhood of Etobicoke in the 1960s he had a bit of a problem with mothers in the area. It wasn’t that he was necessarily a bad kid. But he rode a motorcycle. And to make matters worse, his dad sold them.

“It was like a double negative,” McBride remembers. “Few people rode motorcycles at this time and I felt I stood out because of this and because my family was in the motorcycle business.

“Motorcycling was kind of an individual sport at that time. Looking back I guess I felt a bit like ‘The Fonz’ [motorcycle riding Arthur Fonzarelli from the Happy Days TV show.]”

Some good did come out of that motorcycle background, however. Eventually McBride would take over the reins of the family business, McBride Cycle and then form an entirely new business, Riders Choice, which is still going strong today. 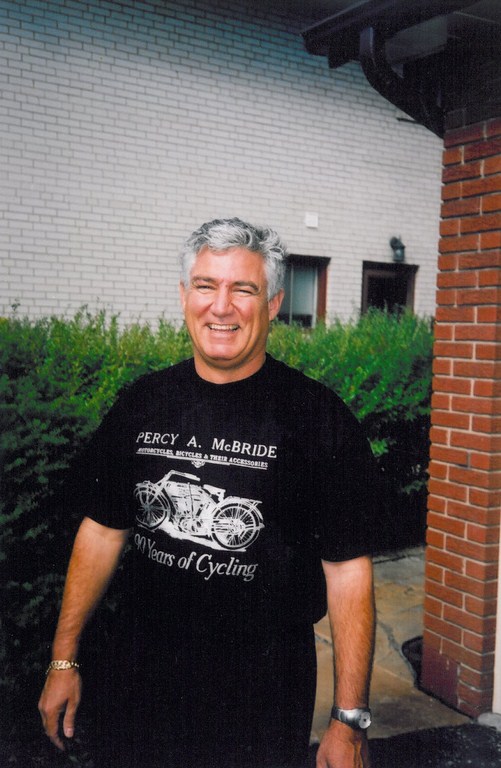 The ride has been an interesting one with some surprising twists and turns along the way. But despite the challenges McBride has managed to keep things upright and stay on the road.

It would have been hard for McBride to avoid a life in the motorcycle business. His grandfather Percy A. McBride started McBride Cycle in 1909 and the business quickly set the benchmark for motorcycle distribution and retailing.

“My grandfather started the business as a distributor of almost everything to do with motorcycles and their accessories from his three retail outlets,” John McBride explains. “Percy A. was the first motorcycle entrepreneur who set up a network of dealers throughout Canada. Anything that came into the country, he touched it – that’s how influential he was. He also started the first catalogue that was sent to customers.”

John’s father Marty took over the business in the 1960s and John’s first experience of riding on a motorcycle was sitting on the back of his dad’s bike, travelling through the city to McBride Cycle’s location at 69 Queen Street East on Saturday mornings.

“My father started in the business in his early twenties with my grandfather and uncle,” John recalls. “My father was influential along with others like Trev Deeley in bringing Japanese motorcycles into Canada in the early 1960s.”

In the meantime John became an avid rider. For a long time he didn’t have his car driver’s licence, simply because he spent so much time riding a bike.

“It was my only form of transportation and I rode it until it snowed,” he says.

While John may have been expected to go into the family business, the decision was made for him quite suddenly under tragic circumstances. When Marty died in the summer of 1977 John found himself thrust into a position of responsibility.

“I had worked in the business on and off,” he says. “I took a business course at Humber College, went travelling afterward for over two years – went around the world twice. But after my father’s early death I started running the business at 24 with my mother. At this point I learned about the motorcycle business and what my father and grandfather’s roles were in it.” 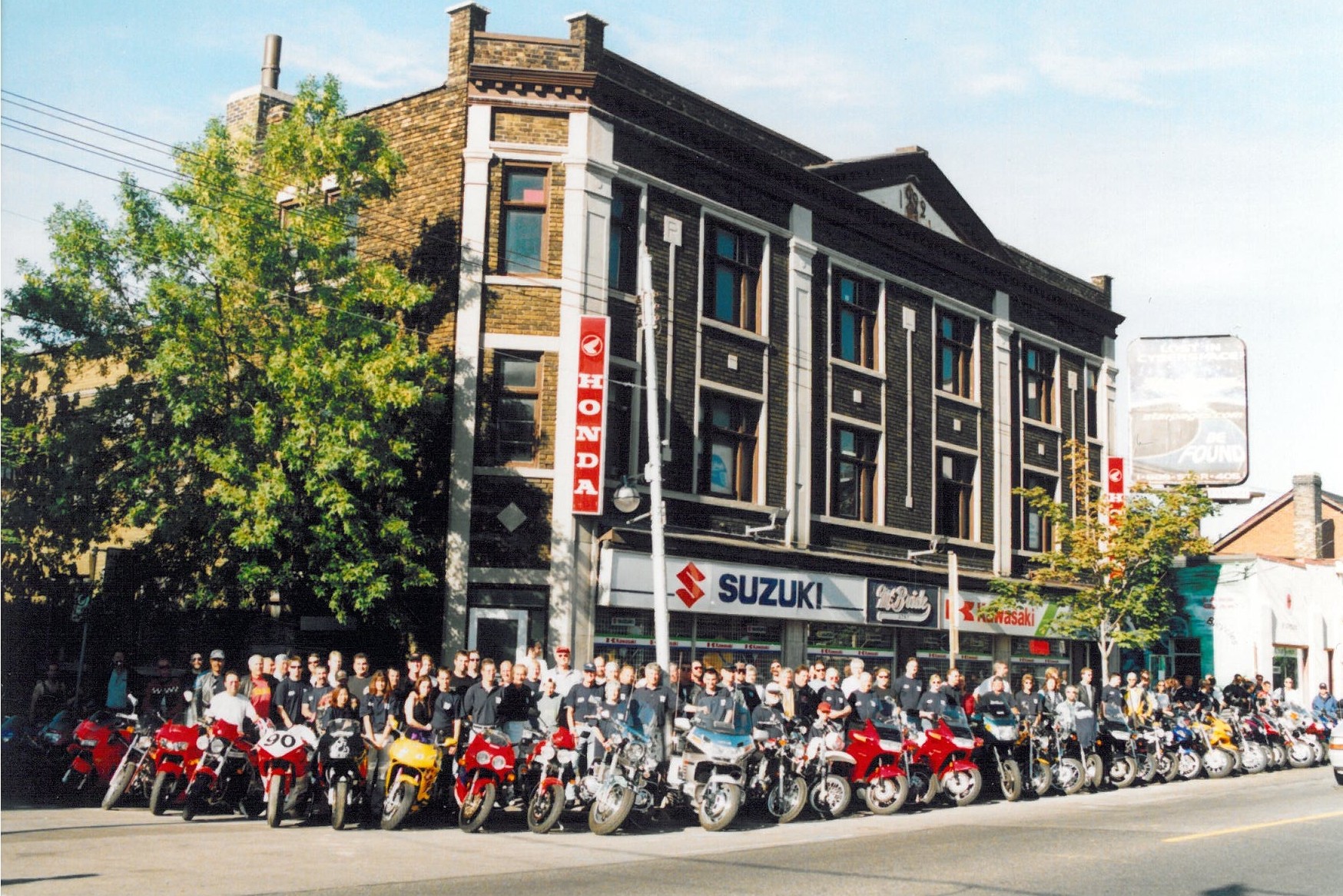 John set to work trying to maintain the standards established by his grandfather and continued by his father. He travelled extensively to motorcycle shows seeking out world class products and he maintained a family connection to motorcycle racing.

“The McBride family has always been involved in motorcycle racing in Canada,” John says. “Some of my earliest memories were of being at the Harewood race track. Dad used to say it was a waste of money but he still stayed involved with it. Murray Brown was one of his riders and I remember he crashed two Ducatis in one day and dad said, ‘That just cost me $20,000,’ which was a lot of money in those days.

“So it was natural for me to use the racing aspect of the business as a promotional tool for McBride Cycle. Throughout the years I have helped many of the top Canadian racers and began importing the best products from racing around the world, such as Dainese, Spidi, Diadora and Daytona. All of these and countless others were sourced out and found at the world motorcycle shows I attended yearly. It was similar to the sort of thing that my grandfather had done.”

McBride says he even had a role in the design of some of Dainese’s racing suits.

“An early incident at the race track one season prompted me to take some hockey equipment to Italy and meet with Lino Dainese,” McBride remembers. “I asked Lino if he thought this hockey equipment could be integrated into a race suit. The meeting was interesting and a Dainese agent by the name of John Boni had to translate. I had a picture of a McBride Cycle employee with shoulder pads, elbow pads and shin pads taped to him. We can see now how this early idea has been integrated into the future Dainese race suits.”

While the family connection of the race track was strong John himself never explored a career as a competitor. His father never really supported the idea, John says, perhaps mindful of that day in which he lost two expensive Ducatis! John has made a point, however, of putting his backing behind his son Matt, who rose impressively up the Pro ranks in Canadian national road racing. John does admit one of his best days of riding was when he took one of Michel Mercier’s FAST Schools at Shannonville Motorsport Park.

John left McBride Cycle in early 2005 after what he describes as, “a parting of the ways with other family members.” A year and a half later he opened Riders Choice in Mississauga, just west of Toronto.

In September, 2006 McBride Cycle closed its doors. Around the same time another long established Toronto dealership, Cycle World also shut down. Although John doesn’t make a strong connection between the two departures, he does acknowledge the business has changed in a crucial respect these days.

“It used to be that the customer was embarrassed to ask for a discount,” he explains. “But today they consider it a right. I guys it’s all part of a new generation of rider. There’s a lot less loyalty and it seems to have dwindled over the years. I don’t know why, but it just seems like people are after the best deal above everything else.” 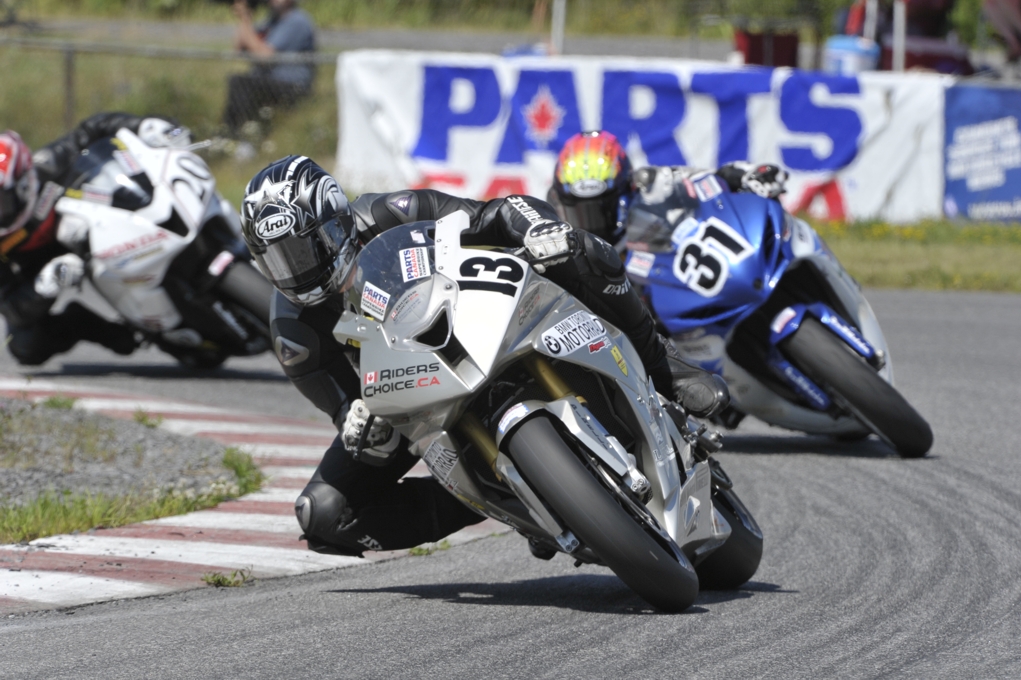 “Riders Choice continues my passion of motorcycling, sport riding, track riding and racing,” he explains. “I think it maintains the McBride family themes of products and passion. What sets it apart from other stores is my experience and dedication to bring customers the finest products in the world.”

It has been an interesting and sometimes challenging trip for McBride, but he considers it a worthwhile journey.

“I feel privileged to be a part of the motorcycle industry,” he says. “I’ve had a blessed life, through all the good and the bad. My life on two wheels has been exciting. I have met some of the most incredible customers and dealers who have enriched my life. I can’t believe how many people I’ve met in this business, people right from the bottom to the very top. I consider myself a real people person and I’ve enjoyed meeting so many people in this business.”

Heck, even those mothers in Etobicoke may finally warm up to him.