Honda Canada has released details on seven new models for 2013, four of which are based around its 470cc parallel-twin engine.

The CBR500RA is a true Honda mid-size sportbike, purpose built for riders looking for a fun combination of power, handling, racy excitement and everyday usability.

Its light and compact 470cc DOHC fuel-injected parallel-twin engine emphasizes strong low and midrange power, using a blend of all-new technology and features developed for the CBR600RRA and CBR1000RRA.

A sleek, aerodynamic fairing inspired by the CBR1000RRA and sporty 17-inch wheels with a unique Y-shaped spoke design make it easy to mistake the CBR500RA for one of the bigger-displacement CBRs, but light overall weight and a narrow width help to give it a nimble personality all its own. And with a seating position that’s more relaxed than on most sport bikes, the CBR500RA is perfectly happy to take you to work on the weekdays and then head far from home on the weekends.

Plus, you get the added benefit of ABS brakes for superior stopping performance on all road surfaces.

The CBR500R includes all the features of the CBR500R but is also available with non-ABS brakes.

Stripped-down, street fighter persona, combined with an easygoing character. That’s the all-new Honda CB500F, which begins with the same strong 470cc liquid-cooled parallel-twin engine and sporty chassis as its CBR cousin, then adds a big helping of in-your-face attitude.

Its “naked” styling, combined with a stress-free seating position with a flat-type handlebar and an easy reach to the ground, make the CB500F ideal for the cut-and-thrust of urban riding. And its engine is tuned for especially strong low and midrange power to ensure effortless acceleration, while also using very little fuel. 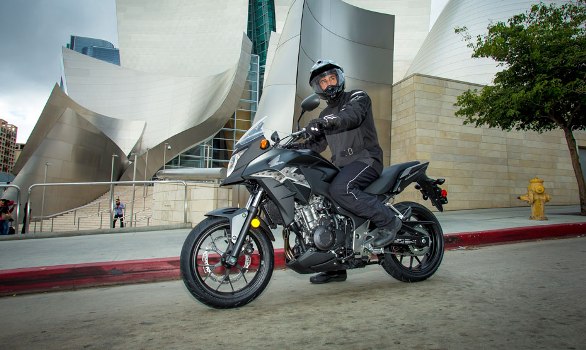 Want to head out on the road less travelled, on an adventure bike that’s way lighter and easier to handle than those big-bore monsters? The wild new CB500X (above) gives you the freedom to chase your dreams to the end of the road and beyond.

A bigger gas tank compared to the CBR500R and CB500F allows the fuel-efficient 470cc parallel-twin engine to take you even farther between fill-ups, and the engine’s internal counterbalancer plus an upright seating position help to keep you comfortable even on long-distance adventures.

The compact fairing with adjustable windshield provides just enough weather protection without being cumbersome, adding to the CB500X’s lightweight feel and handling that’s nimble and confidence-inspiring. Plus, ABS brakes provide superior stopping performance on all road surfaces – pavement, gravel, dirt, whatever you encounter. 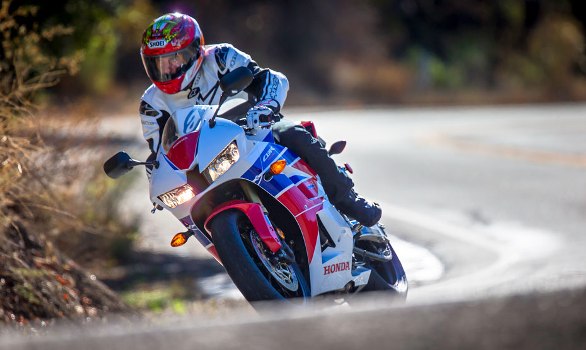 With the 2013 CBR600RRA (above), Honda has taken a bike that was equally at home on the street or on the track, and made it even better for both. How? By improving engine performance, handling and aerodynamics without changing its unique ability to be practical and comfortable during everyday riding.

You can’t miss the CBR600RRA’s aggressive new bodywork that reduces drag by 6.5 percent – it was inspired by Honda’s RC213V MotoGP racer.

A new Showa Big Piston fully adjustable fork and distinctive 12-spoke wheels from the CBR1000RRA combine with an upgraded aluminum frame and lighter aluminum swingarm to improve handling – especially under the heavy loads produced by cornering or hard braking.

And for the best in braking performance, you can’t beat the CBR600RRA’s Electronically Controlled Combined ABS brake system that brings world-class stopping power and control to your fingertips.

The new Honda CB1100A is ready to take you on a thrill ride through the past and all the way to tomorrow. This is a bike that captures the mystique of the seminal 1969 CB750 Four, in both its timeless design and its distinctive riding experience.

The CB1100A is powered by an air-cooled engine that’s exquisitely crafted using new production methods to ensure a flawless finish to the finning and cases. The DOHC fuel-injected 1,140cc inline-four has a classic look, sound and feel, with huge torque and smooth power anywhere from near idle to the 8,500 rpm redline. It’s old-time superbike power at its creamy, effortless best.

The chassis, too, stirs memories of how motorcycles used to look, while handling with a composure that riders of yesteryear could only dream of. 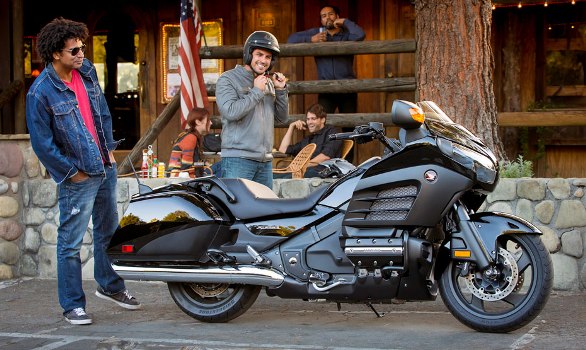 Think of it as the Gold Wing’s bad-boy cousin. The all-new Honda Gold Wing F6B (above) takes the superb six-cylinder engine and advanced chassis of the touring legend, then strips off the rear top box, chops down the windshield, and covers everything in midnight black to create a premium cruiser like nothing else on the road.

Long, low, lean and mean, the F6B is built for the boulevard, and built to turn heads. Thanks to its touring-bike underpinnings, it hasn’t forgotten how to carry you long distances in ultimate comfort, too.

Where the Gold Wing coddles you and your passenger in a luxurious cocoon, the F6B lets the wind and the scenery wash over you. The fairing still protects you from the elements, but the shorty windshield gives you an unobstructed view of the road ahead. The F6B’s slimmer design also improves its power-to-weight ratio, which makes the legendary 1,832cc six-cylinder engine even more impressive when you twist the throttle. And the lighter weight helps the F6B handle with an agility that you really have to experience to believe.

Pricing on all models will be announced in the near future.