Outside of travelling in an airplane, very few of us will ever have the experience of hitting 200 mph, let alone accomplishing this feat within a quarter mile from a standing start. For Canadian Pro Street motorcycle drag racer Ethan Barkley, this milestone became a reality in August when he officially joined the “six-second club” running a series of quarter-mile passes in under seven-seconds, with a best time of 6.847 seconds at 206.99 mph, on his turbocharged Suzuki GSX-R1000 Pro Street drag bike. Anxious to find out what motivates Barkley and his plans to top an amazing 2019 season, Inside Motorcycles posed five questions to the 18-time Canadian Motorcycle Drag Racing Association champion.

Inside Motorcycles: What led you start drag racing motorcycles?

Ethan Barkley: Back in the mid ‘90s I was racing my car at the Friday Night Street Legal events at Race City Speedway. I was going pretty fast but then a Yamaha V-Max spanked me pretty good. It was at that point I started getting into bikes. There was no turning back as the speed for dollar spent ratio was night and day. Half the wheels…twice the fun!

IM: Of the 18 Canadian Motorcycle Drag Racing Association (CMDRA) championships that you have won, which one stands out in your memory and why?

EB: That’s a tough question but I’d have to say the 2011 season is one that sticks out. It was my last year racing for Suzuki Canada in two classes (Pro Street & Street) and wanted to go out on a high. That year I had a particularly good season in both classes with my Turbocharged GSX-R1000 Eleanor setting records and running deep into the 7s in Pro Street and my Hayabusa “Snow White” running consistent mid 9s in Street. Jumping from a heads-up bike to a bracket bike is no easy feat but I just loved to race and felt super comfortable on both bikes. I won my 11th and 12th Championships that season which elevated me to have achieved the most CMDRA titles in history. Believe it or not this was a goal I set for myself years before and I was thrilled to have done it in only my 9th full season with the CMDRA. It was at that point I decided to retire from the Street class and focus solely on Pro Street with Eleanor. 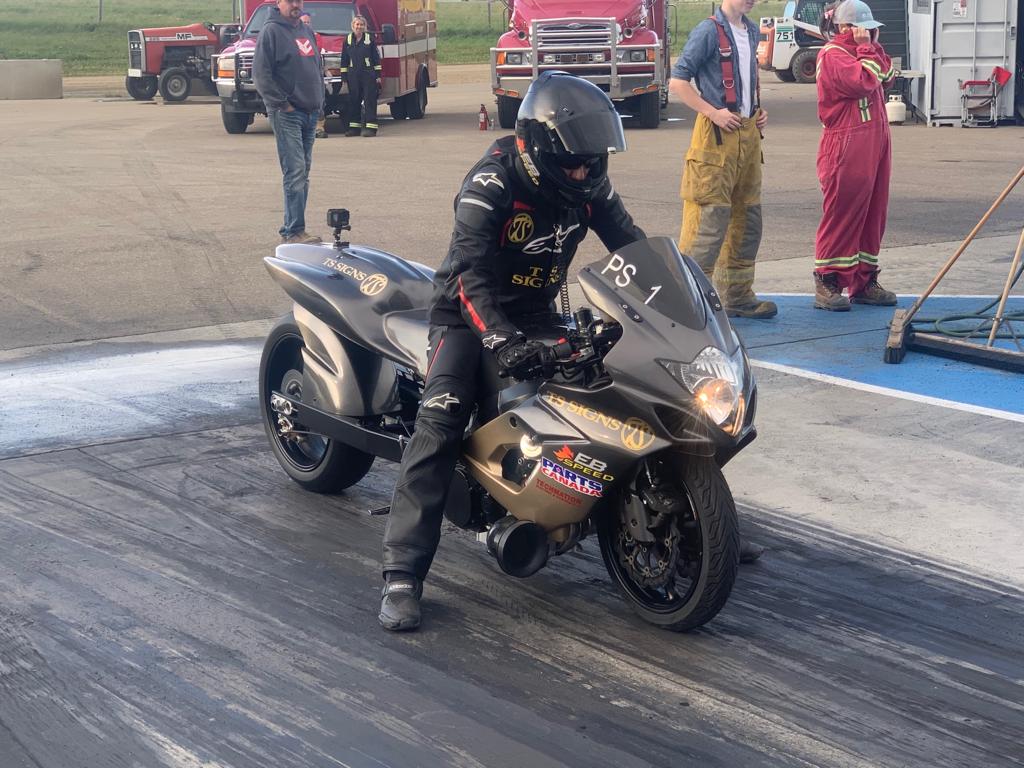 IM: You have been drag racing motorcycles for more than two decades, what is it about drag racing that keeps you engaged?

EB: It’s a few things. Firstly, I love the challenge of pushing the envelope of speed and acceleration. Feeling the g-force is pretty addictive. Secondly, I love the technical aspect of the Pro Street class, it’s an ideal mix of electronic and mechanical engineering at its finest. Lastly, I have met some amazing people throughout the world all thanks to racing. 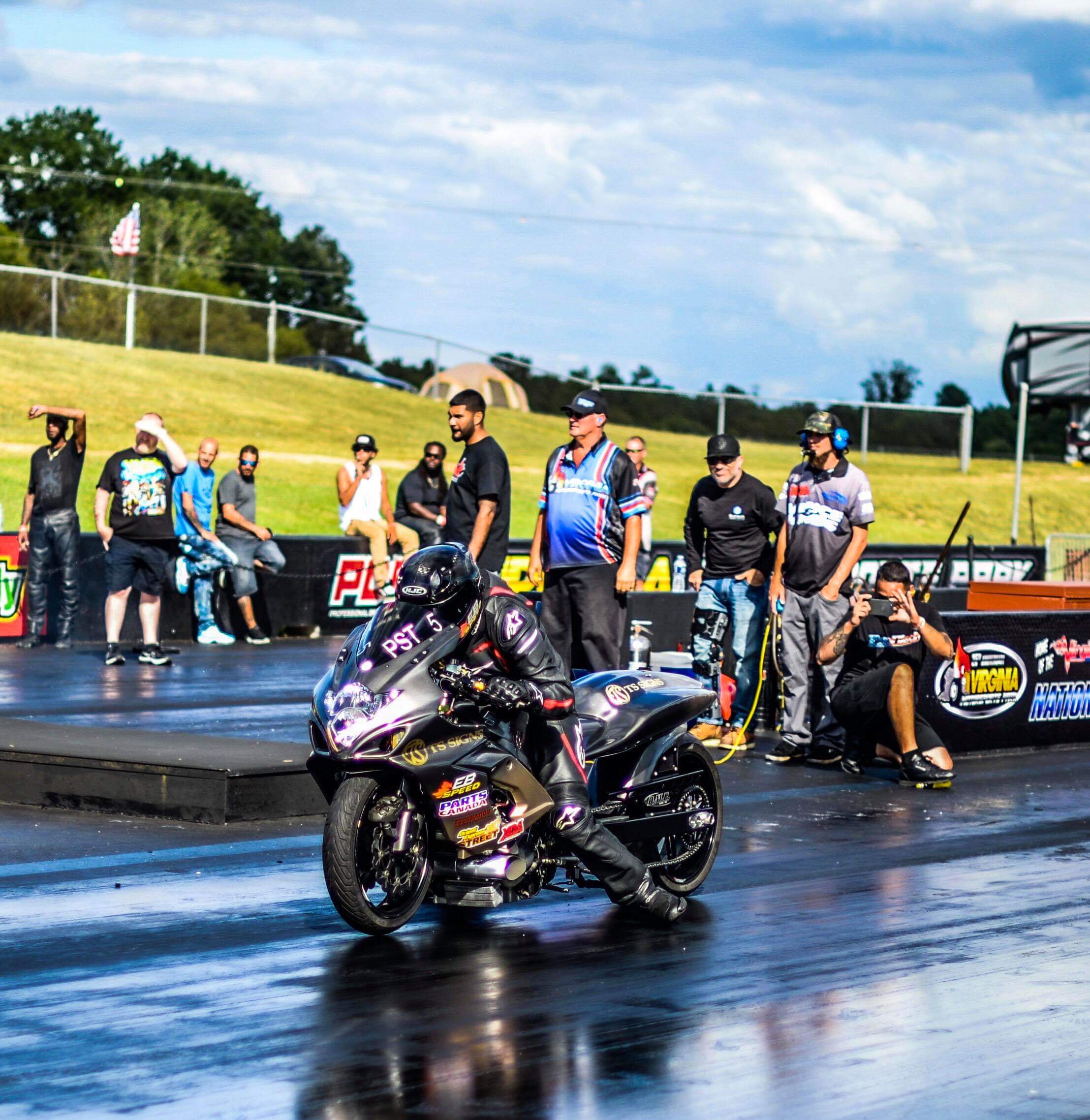 IM: In addition to being the most successful motorcycle drag racer in Canada, you have raced in the UK and Australia, as well as the US where you recently became the first Canadian to run a quarter mile in the 6s on a Pro Street bike. How do tracks and racing in Canada compare to other parts of the world?

EB: Luckily, I’ve been able to race on some of the best tracks in the world which set a very high bar in terms of surface quality and grip. For example, when I race in the US spinning the tire moves down on the list of things to be concerned with which allows me to focus on how to go as quick as possible. This season I was able to drop nearly half a second off of my previous best pass in Canada in a matter of a dozen runs due to grip not really being a factor to worry about. Canada has a few really good track surfaces but with the lower vehicle counts and short season they’re just not able to provide the same amount of traction. The level of enthusiasm of racing in Canada is extra special in my opinion. Since we have such a short season, we truly appreciate summer weather and the opportunity to get on the track.

EB: If you asked me this question last a couple of years ago I would have had a much different answer, but my success last season re-ignited my love of the sport. A big thanks goes out to TS Signs Printing & Promo who will be back on board as my title sponsor for 2020. Their support will allow me to acquire some new parts and put fuel in the transporter in order to compete throughout North America. My primary goal for 2020 is to be the first to run a 6 second E.T. as well as 200+ mph on a Pro Street Bike on Canadian soil. Secondly, I’ll shoot for a 19th CMDRA championship. South of the border I intend to compete at specific events in both the NHDRO Series based in Indianapolis and the XDA series which runs in Maryland and Virginia where I hope to run in the mid 6s at 210+ mph. 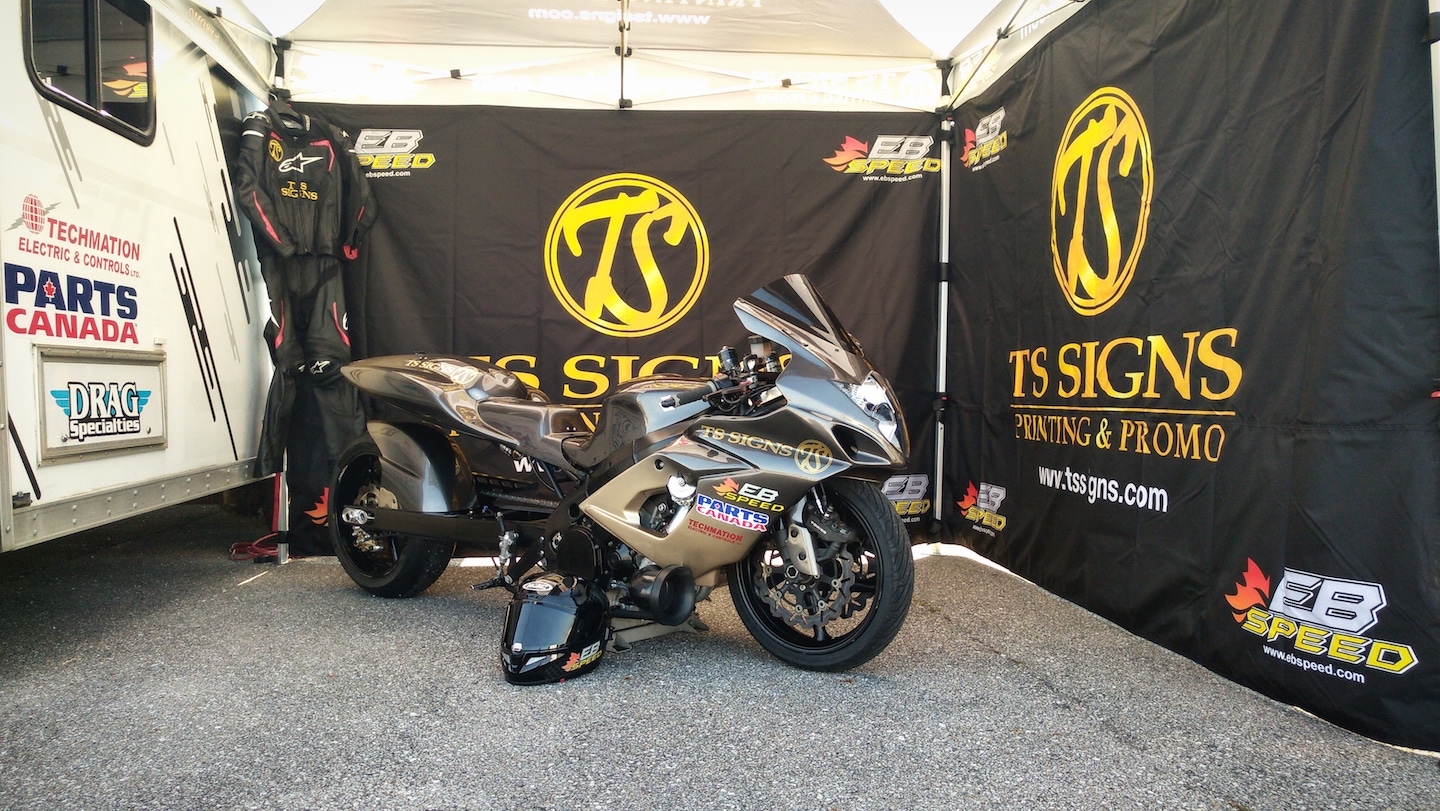