To many of us, motorcycle road racer Jonathan Finn is living the dream. Living in Europe and competing on racetracks that have played host to the best racers in the world, it can hard not to be a little envious. Add in the fact that he is only 16 years old and you may find yourself lamenting some of your early life choices. With an amazing resume, and an impressive trophy collection to match, Jonathan was a perfect candidate for the latest instalment of Inside Motorcycles’ Five Questions.

Inside Motorcycles: Can you give us some background on your road racing career?

Jonathan Finn: Started my career in mini road racing with the Prairie Sport Riders Association (PSRA) in Regina and throughout Western Canada. That first year I was 6 years old and was dragging knee by the end of the season as well as earning the National CMA Youth Championship. Throughout my mini road racing career in Canada I competed in various Spec and Formula classes earning a total of 4 National CMA Championships. I was consistently on the podium so we looked outside our Canadian National series and travelled to California to compete and see if I could compete with riders in the US. That weekend I was able to podium in 4 out of the 5 races I raced in. It was at that point that I wanted to push myself and see how far I could go in my road racing career.

IM: What is the most important element of your race preparation?

JF: There are two very important things when I prepare for a race. First is physical fitness. I am always training to better my endurance. But usually about two weeks prior to a race weekend I increase my intensity as well as fine tune my diet. This allows me to be in optimum physical condition while cutting weight with my diet to be as competitive as possible. The second element is the mental preparation. I practice different techniques to keep focused for my regular training but also during the week leading up to a race weekend. I have also been working with a Sports Psychologist that specializes in motorsports. This has really helped me with my mental preparation.

IM: You have been racing in Europe for the several seasons. What are some of the main differences between racing in North America and Europe?

JF: 2019 is my fourth year racing in Europe. I first started racing MiniGP in Italy and transitioned to the Spanish National series a year later. This year is my third year in the Campeonato de España Cetelem de Superbike racing the Pre-Moto3 series. The three big differences racing in Europe are:

1) The atmosphere in the paddock. Motorcycles are a much more mainstream part of society so everyone has experience riding, that means there is a much larger fan base for two wheeled motorsports. The Campeonato de España Cetelem de Superbike (Spanish National Championship) is comparable to a Motogp paddock where each venue is free for spectators and spectators have full access throughout the paddock. It is very inviting to grow a fan base.

2) Aggressiveness of the riders. The Pre-Moto3 series is a stepping-stone to the Moto3 Junior World Championship, so everyone on the grid is out to prove themselves to make opportunity to further their careers. Because of that, there’s bumping and elbows just like you see on a feisty Moto3 race on television. Its just part of how we race over here.

3) Overall Professionalism. The paddock like I mentioned before is comparable to the MotoGP paddock. The Campeonato de España Cetelem de Superbike (Spanish National Championship) is a stepping stone to the Junior World Championship and ultimately the MotoGP and WSBK championships. Because of this, everyone from the race director, race stewards, to the corner workers are very professional and expect the same from every team and competitor. 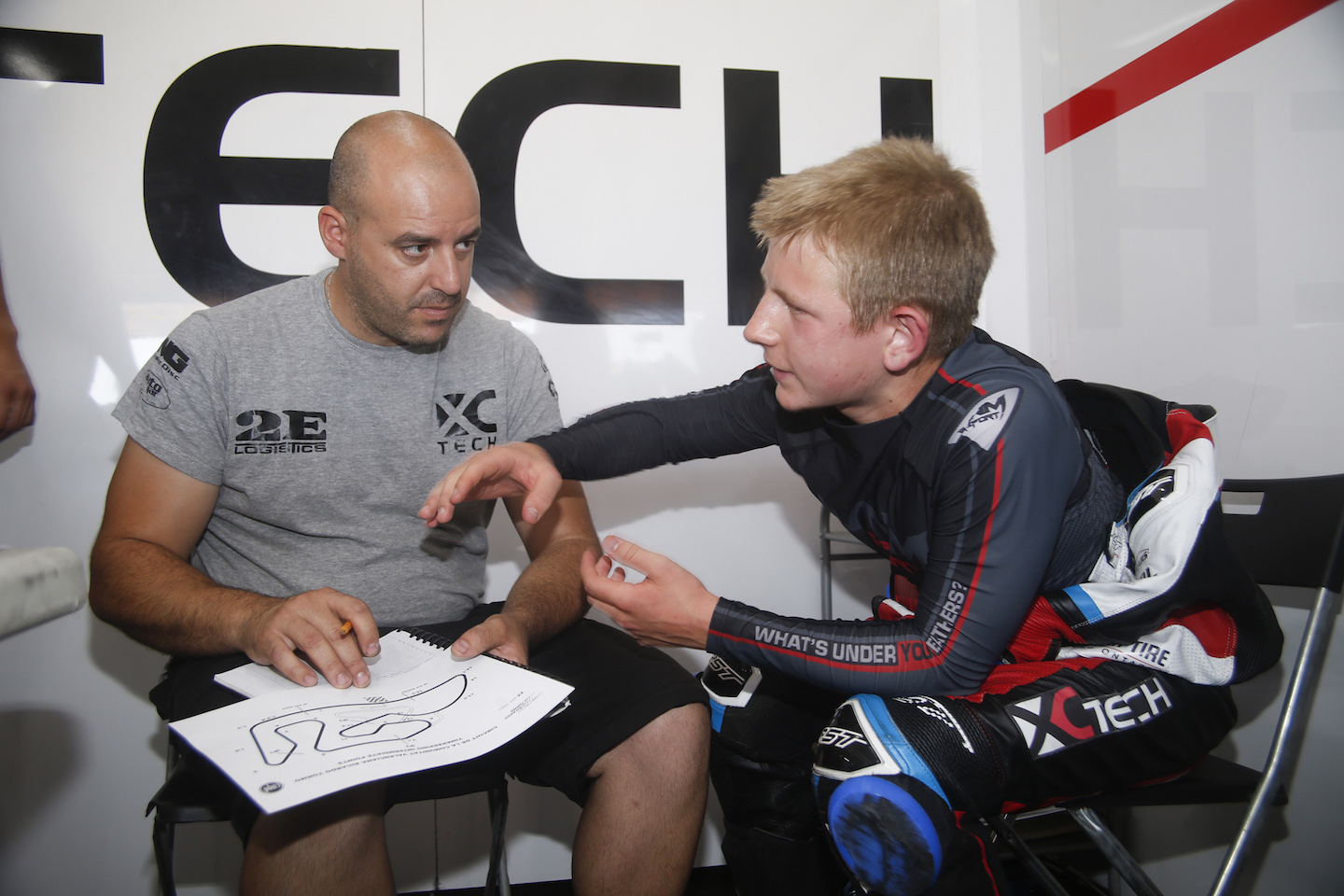 IM: What are your plans for the 2020 season and beyond?

JF: Right now, my plans for the 2020 season are still being considered. Ideally I would like to graduate to the Moto3 Junior World Championship. I am confident in my ability but securing the right financial backing to support that commitment is proving difficult to find. Stay tuned!

IM: What advice can you provide to aspiring motorcycle road racers?

JF: The advice I would give to an aspiring road racer is to follow your dreams. It’s a rewarding but very hard career path. Expect that sacrifices have to be made to create opportunity. Those sacrifices are a) financial, this sport is costly and without financial support the level you can attain will be limited. b) family, for the last five years, I’ve lived away from my family, my dad has had to work abroad to help support my racing program. c) personal, I’m 16 years old, I am enrolled in an online high school that allows flexibility so that I can complete high school and still train and race. I don’t have many friends outside the paddock. These are just a few examples of the sacrifices that have been made for me to pursue my career dreams and aspiring road racers need to fully understand the level of commitment and sacrifice so that you make the most of the opportunity. 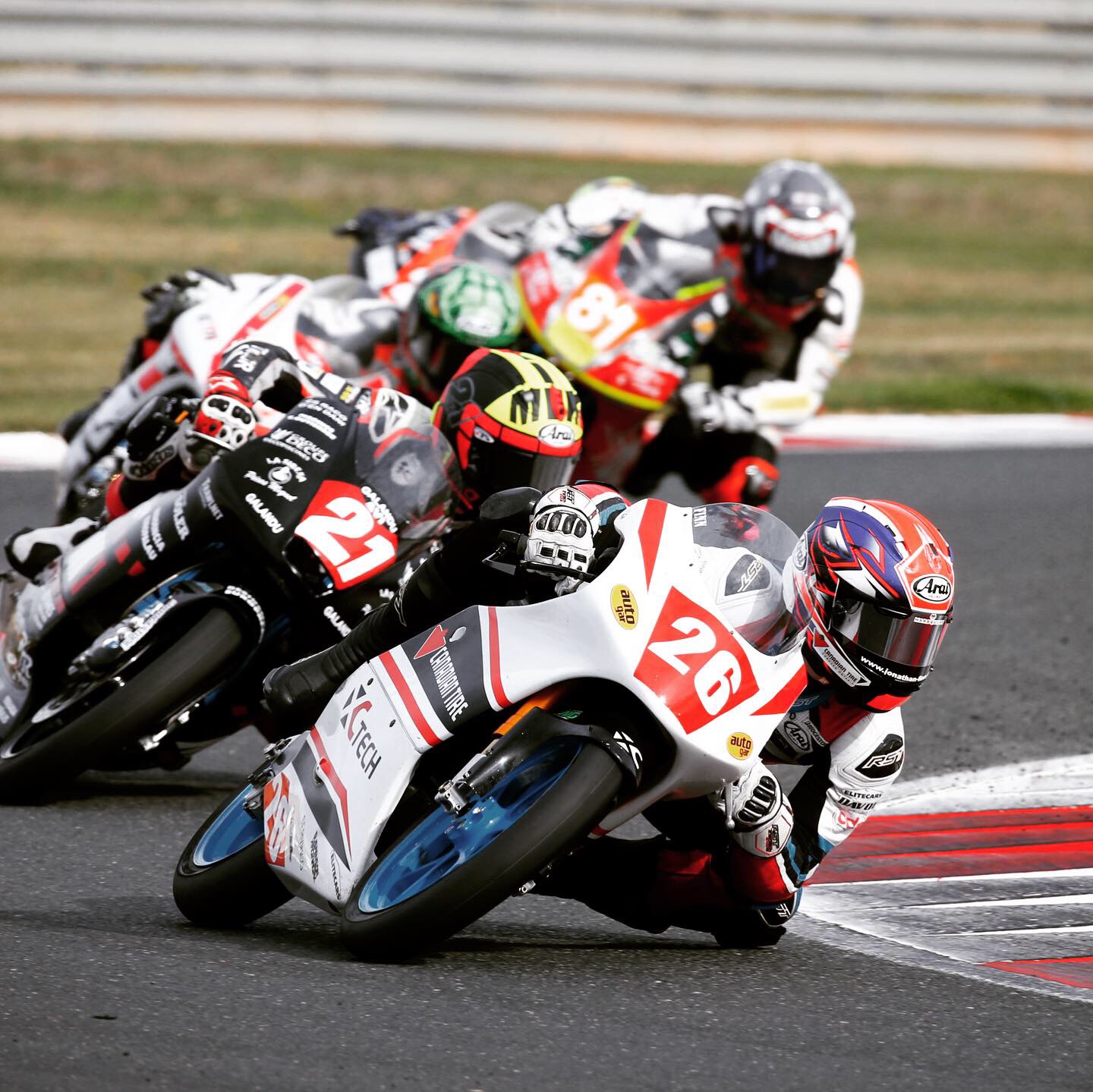