by Colin Fraser
in Feature Stories
0

Honda Canada invited a large contingent of Canadian media to Savannah, Georgia in late March for an event focused on the company’s broad CBR lineup for 2015.

Honda Canada first visited the southeastern Georgia locale way back in 1993 for the launch of the legendary CBR900RR, and the area continues to impress thanks to a wide range of riding possibilities. While the weather wasn’t perfect, it was warm, and that was a great change from conditions back home. 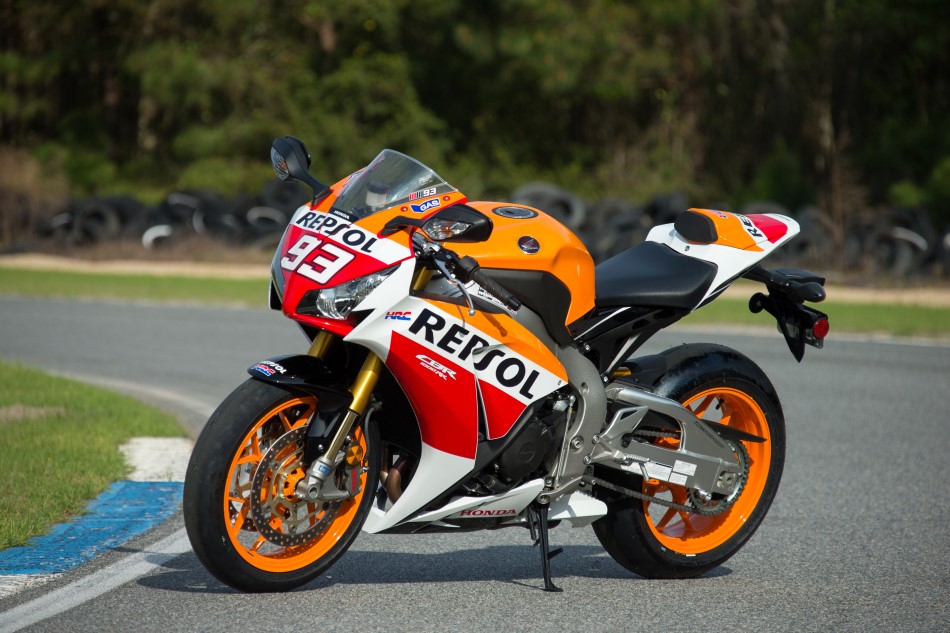 Previously, we have been very impressed with the flexible power, tractability and precision of the CBR1000RR package, winner of both Pro and Amateur National Canadian Superbike crowns last year. While lacking the integrated electronics found on some recently launched 1000 cc machines, this is a hardcore sport bike that shows well on track, as was evidenced on track at Roebling Road Raceway.

I rode the red base CBR1000RR first, and besides enjoying the traditional Honda street presentation, I was quickly comfortable on the ‘600 on steroids.’ The CBR1000RR has performance that is easy to access, and a flexible engine that means you seldom have to shift gears—you can let the ample midrange do much of the work. 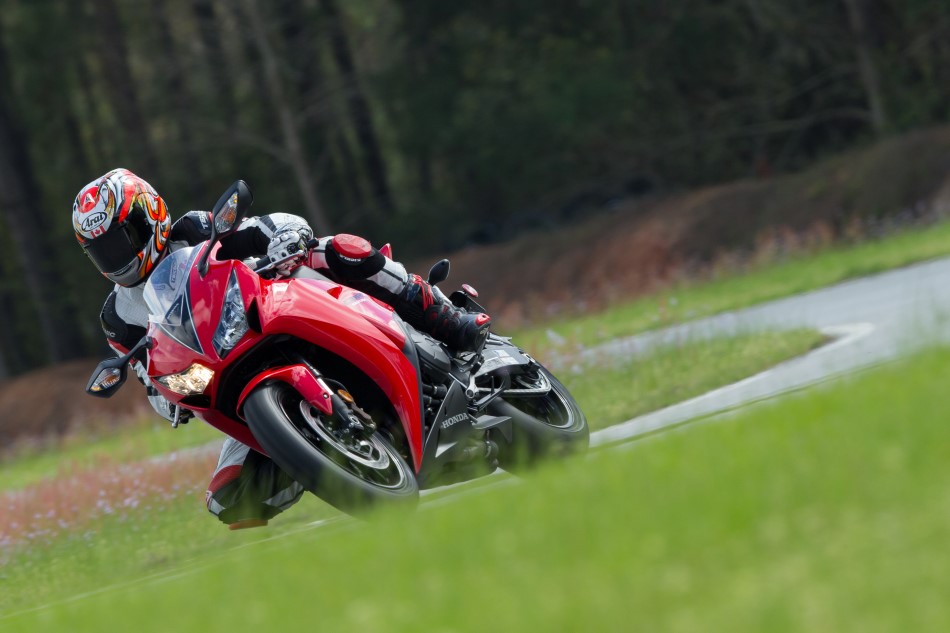 Switching to the Repsol-liveried, Marc Marquez-replica SP model, the stiffer base setup with the Öhlins suspension was immediately evident, although I did not ride this model long enough to get fully accustomed to the powerful Brembo monoblocs. While all sport bikes need setup, I would say that getting the SP dialed in to your weight and style will be central to getting the most from the bike. 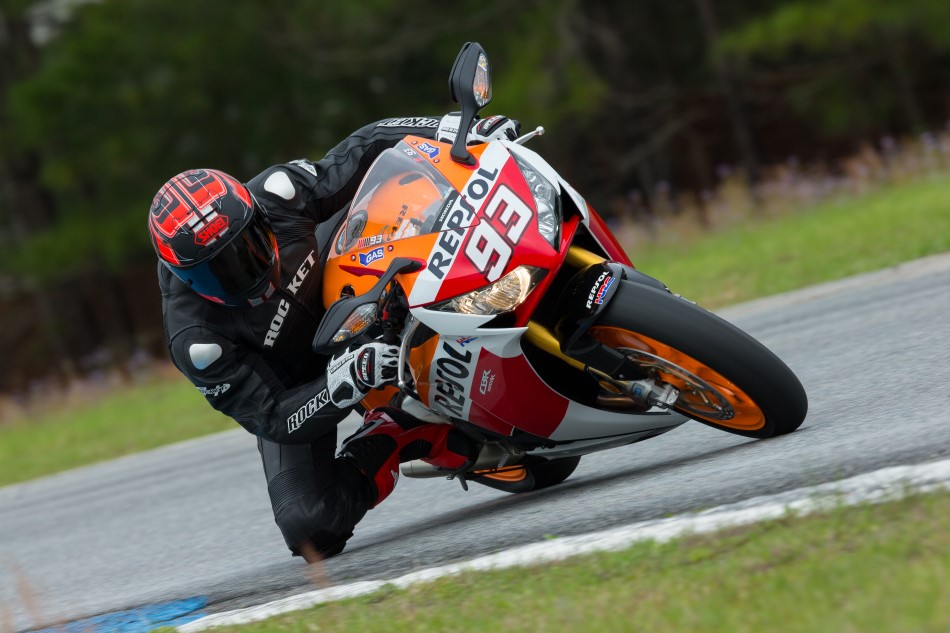 Jodi Christie (pictured above), on hand to test and visit with the media, was immediately enamoured with the SP, the bike he will use to defend his MOPAR CSBK crown. Christie liked the better brakes and firmly believed that the blueprinted engine that comes stock with the SP offers better power, specifically at high revs. 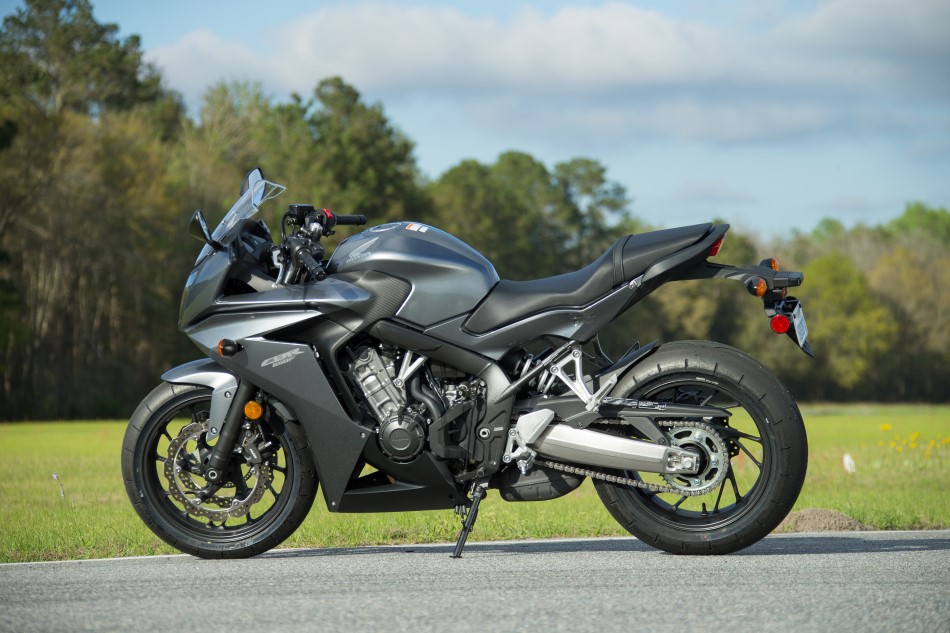 Launched last summer in Canada, the new 650F possesses all the attractive qualities that made conservative sport bikes 25 years ago more universal: handling, comfort and versatility. While not as hard-edged as any of its RR brethren, this is more of a do-everything, go-everywhere design that packs a midrange-oriented punch typical of a modern, inline, four-cylinder Honda design.

The power of the 650R is deceiving. Since the delivery is so smooth and the band so broad, you don’t notice the kick. Taking the 650R onto the track shows the strength of the package, and the impressive urge provided by the engine. 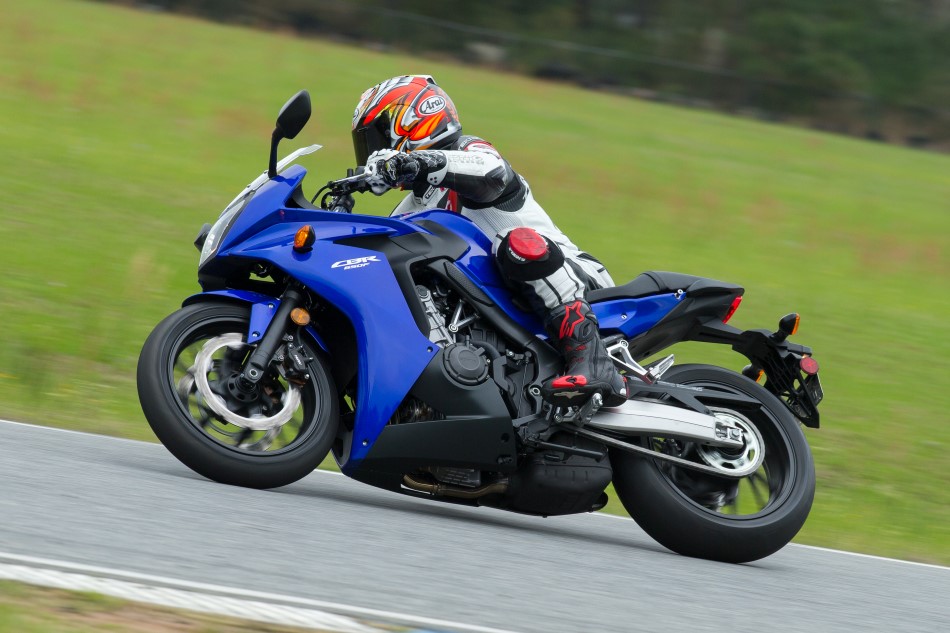 I enjoyed pushing the stock CBR650F out on track, and while it is not designed for racing, it is more than capable, comfortable and fun. Late in the program we tried some steering geometry changes, a stiffer overall setup and track tires, and the 650 was transformed, bringing back memories of the potent F4 of almost 20 years ago.

The CBR650F will serve as the spec bike for the Pata European Junior Cup this year, and should serve as a great training tool for riders moving up the production racing class ladder.