For the international launch of its fresh, youthful 2017 Rebel 300 and 500 models, Honda chose the oceanfront neighbourhood of Venice Beach, California. The vibrant location, what with its trendy restaurants, cafés and free-spirited community, served as the perfect backdrop for the exciting new Rebel series.

Honda brass decided that a self-guided tour through the streets of Los Angeles would be a perfect way to test its two latest urban-focused models, so we strapped our phones onto Ram handlebar mounts, downloaded our maps, and explored the City of Angels. 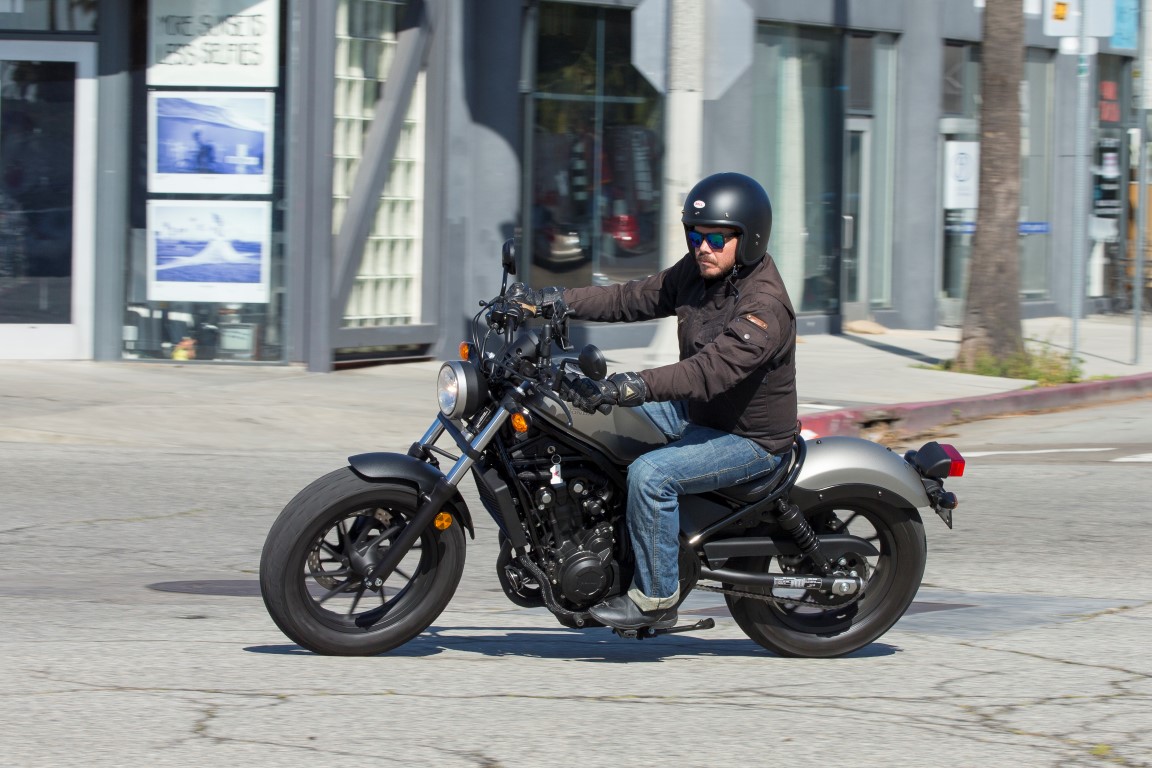 The Rebel 300 and 500 are both nearly identical aside from the engine. City riding is a breeze on either model (500 pictured).

WHY A NEW REBEL?
The Rebel 250 functioned as a gateway to motorcycling for tens of thousands of new riders in its more than three decades of service. But by the year 2016 (and well before that, arguably), the Rebel 250 had become outdated. With a growing demand for motorcycles catered toward a younger, urban lifestyle crowd, Honda saw the opportunity to transform the Rebel for a new enthusiast base.

WHY TWO PLATFORMS?
Offering two models in this case allows Honda to reach riders with different performance desires as well as different budgets (the Rebel 300 starts at $4,799, the 500 at $6,699). Also, by using one foundation with two engine options, production efficiency costs could be kept in check. On that note, Honda already had existing engines from other 300 and 500 models to employ.

THE DIFFERENCES
The Rebel 500 weighs 20 kg more than the 300 thanks to the extra cylinder and everything that goes along with it. It’s also got a slightly longer trail and different preload settings in the rear shock. Parts-wise, everything else is the same. 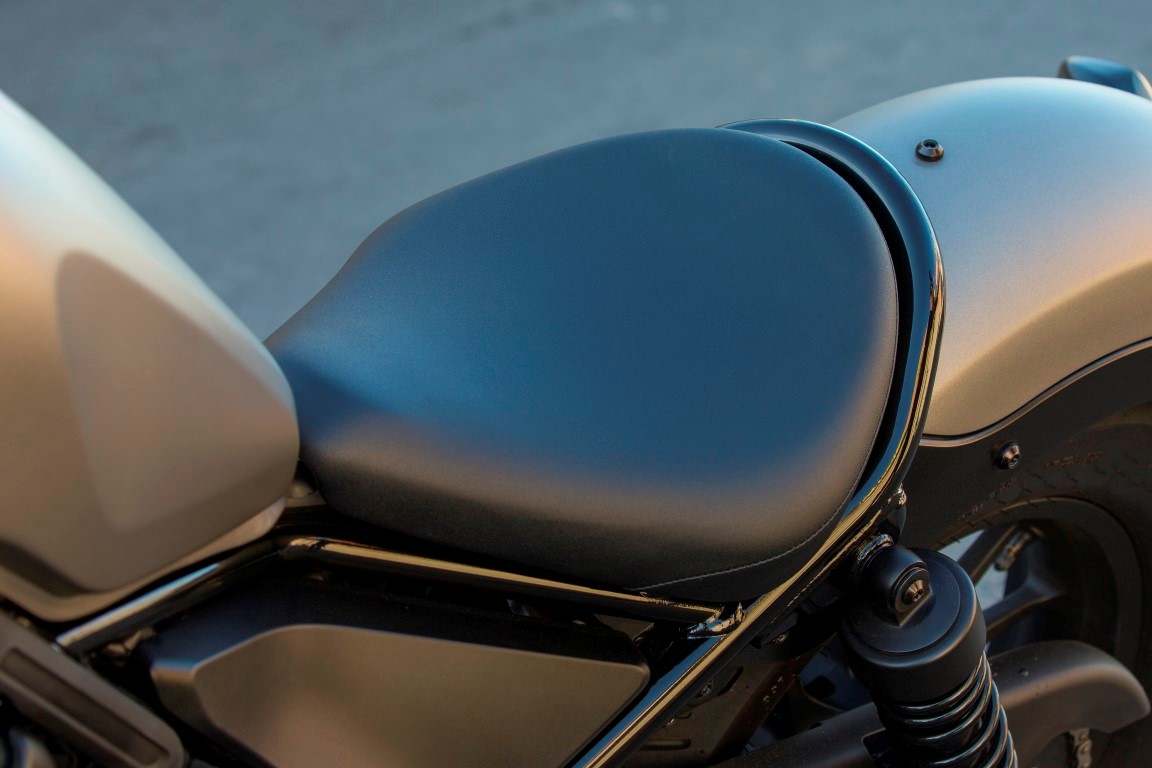 Styling on the new Rebels is fresh. The bikes look compact front to back, thanks in part to that fat front tire. The frame features a twin-spar design where the tank sits atop the frame rails. Classic touches abound. Put it all together and you’ve basically got a Universal Japanese Motorcycle with cruiser notes, a hint of bobber styling and a touch of retro.

Honda built the Rebel platform to be modular and easily customizable – the tank and subframe are bolt-off items, and Honda is offering plenty of accessories to make it your own. The aftermarket is sure to join in very soon. 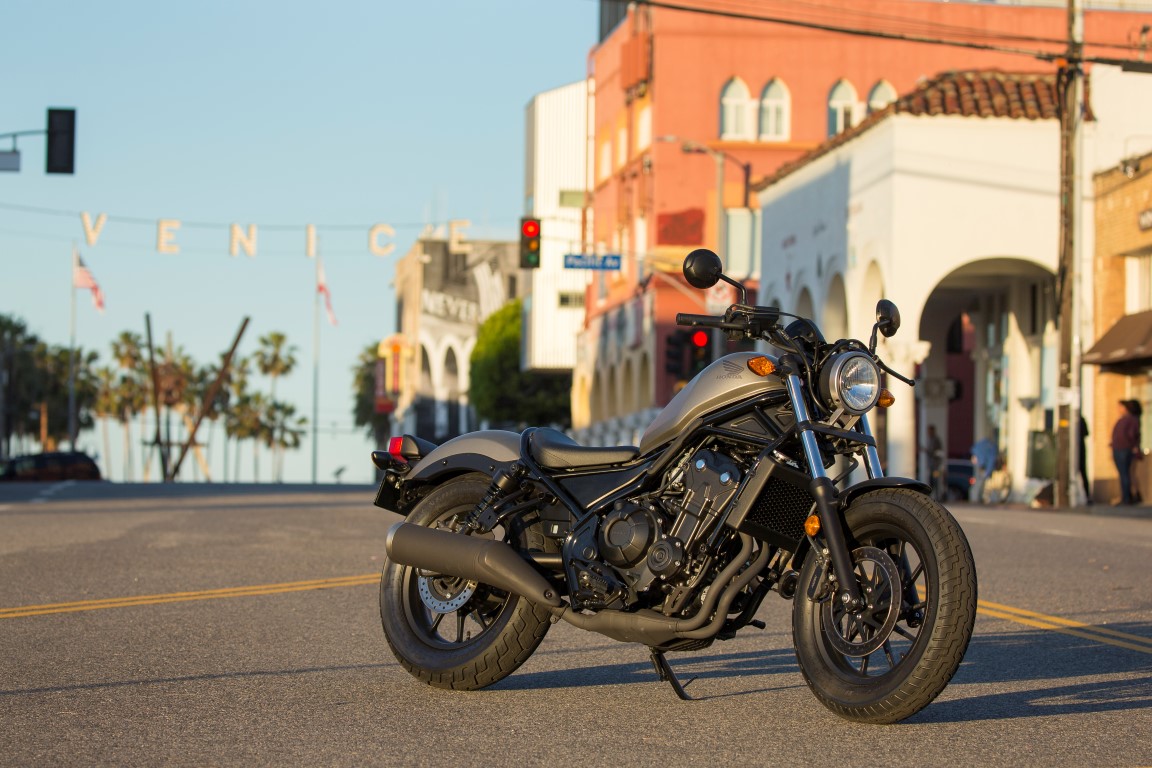 HOW’S THE RIDE?
As expected, the 300 and 500 share many traits on the road. The riding position is relaxed in the legs, the footpegs in a traditional location, while the relatively flat handlebar requires a slight stretch to the hand grips. Accommodations are roomy for a sub-500 cc motorcycle, but the arm position led to some pressure on my shoulders toward the end of our ride day. The seat is super low – 691 mm (27.2 in) – and the bikes are super light (the 300 weighs 165 kg; add 20 kg for the 500) making them both inviting for even the shortest rider. The clutch is very light at the lever, especially on the 300 – perfect for stop-and-go traffic. 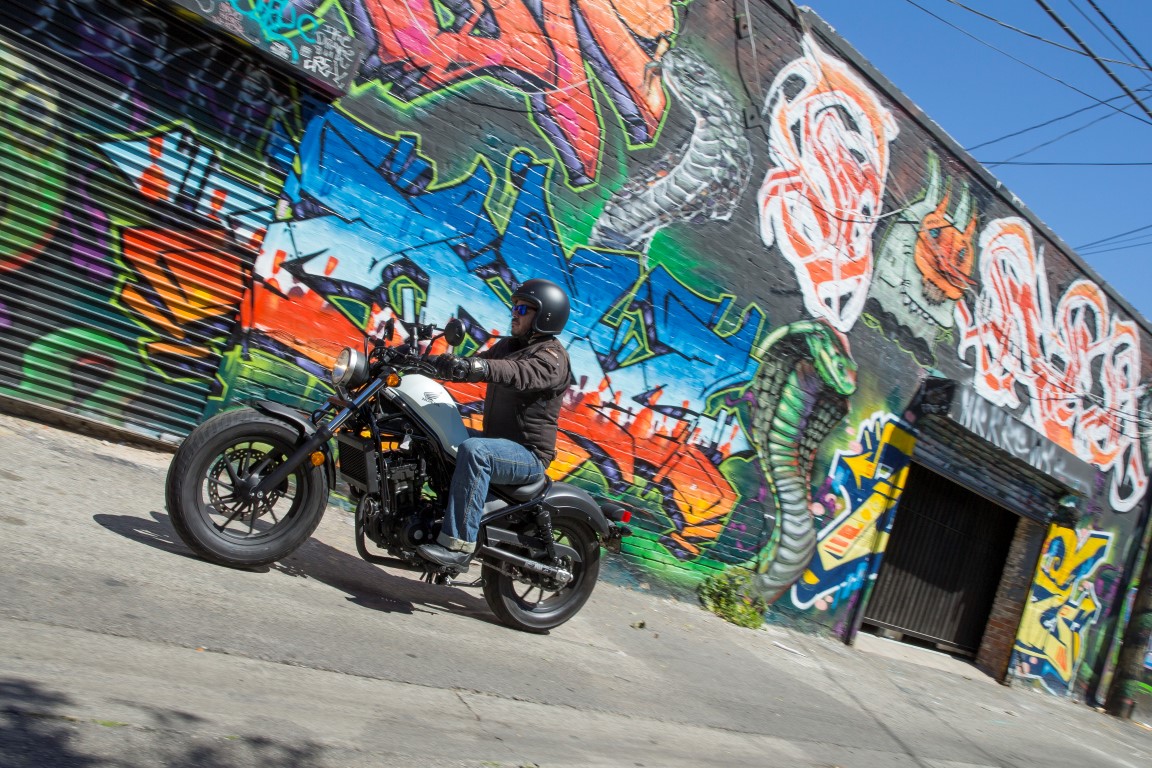 The basic suspension does the trick, handling low-speed city riding without much fuss, but there’s not a lot of travel out back (96 mm) and the 41 mm front fork is a bit sloshy. The rear shocks are adjustable for preload. The brakes are equally adequate – a single 296 mm disc up front and 240 mm rear disc, both with Nissin calipers, suit the needs of the intended Rebel rider just fine. Lever feel is progressive front and back, giving good feedback and never feeling grabby. For the extra $200, I’d urge newer riders to spring for ABS.

Both bikes are easy to flick about in traffic and stress-free to handle at low speeds. They’re both well balanced at a crawling pace and have ample steering lock. A small LCD gauge offers the most basic info, and the view of the road is uncluttered.