The Canadian motorcycle media was brought to downtown Toronto on December 16 for a first glimpse at the 2016 Honda Africa Twin CRF1000L, one of the most anticipated new motorcycles of the coming season.

While neither of the two models presented were in running condition, the walkaround and accompanying technical presentation allowed Canada’s trusted moto journalists to become better acquainted with the new model and the finer details of Honda’s big new dual sport/adventure machine.

The Africa Twin name has a legacy going back almost 30 years in Honda’s heritage, having debuted in 1987 as a Dakar-inspired two-cylinder motorcycle in the off-road/dual sport/adventure/rally realm. Honda Product Planning Manager Nick Smirniw, who led the presentation, indicated that the original Africa Twin was one of the first adventure bikes in history, a segment that is now one of the most populated – and popular – on the current motorcycle landscape.

The design concept for this rebirthed Africa Twin, which was originally shown as the”True Adventure” concept at the EICMA last fall, was “Go Anywhere.” What this mean is that, while Honda presents this CRF1000L as a truly off-road motorcycle in press photos, the company understands that the percentage of riders that actually ride on serious off-road terrain is fairly small; most customers are endeared to the possibility of getting off the beaten path, but will more than likely stick to pavement and the occasional gravel or fire road. 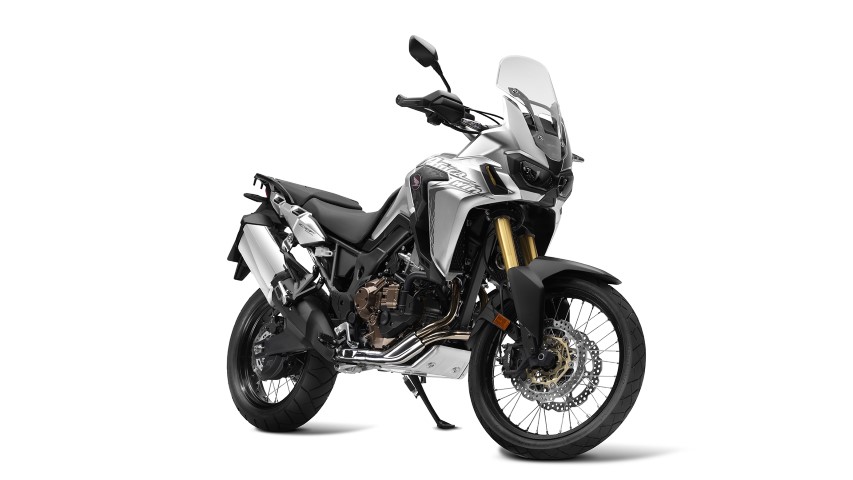 That being said the Africa Twin has plenty of true off-road characteristics like ample ground clearance, tall wheels (21 inches in front, 18 in the back), a tall seat (adjustable between 830-850 mm), and plenty of suspension travel. So, it’s definitely positioned toward the real adventurer who shuns the pavement in favour of the unknown.

A 1,000 cc engine may sound a bit big for a true off-road bike, though Smirniw admitted that Honda wasn’t targeting riders of the BMW R1200GS, which is the most popular of the high-displacement dual sport bikes and one that has serious off-road capabilities. For the asphalt there are highway perks like a tall windscreen with slits and passages to relieve buffeting, ABS and traction control (definitely road-going attributes). On the flip side, a steel frame is tougher than aluminum in the case of a hard drop (not uncommon in tricky, rocky terrain), and both the ABS and traction control have settings designed for off-road. There’s adaptive rear ABS Cancelling (for better braking on loose dirt surfaces) and a ‘G switch’ for spinning up the rear tire on gravel to steer, a common practice on dirt. 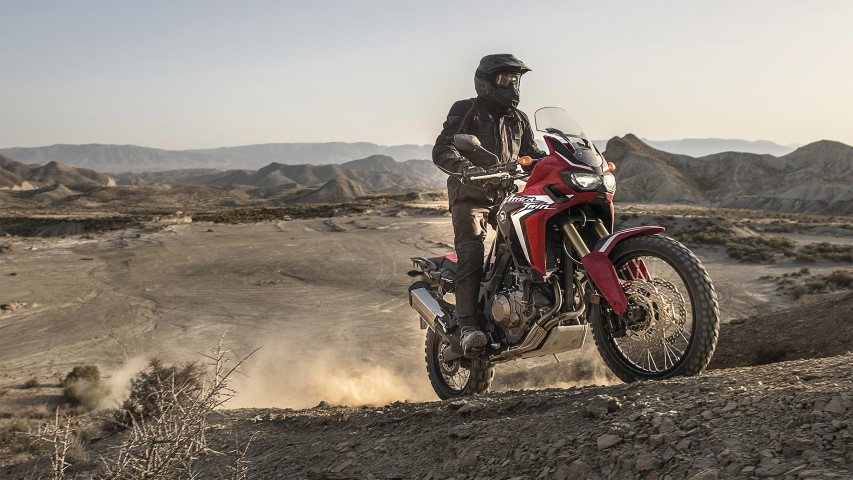 And then there’s the DCT (Dual Clutch Transmission) factor…

DCT uses two clutches, one for even-numbered gears and one for odd-numbered, and shifts like an automatic transmission intuitively without rider input and without the use of a clutch lever or foot shifter (although the rider can choose to shift manually via ‘triggers’ on the clutch side of the handlebar, F1 racecar-style). Honda has never released an off-road or dual sport bike with DCT; it’s strictly been for road use. That fact raised some eyebrows when it was brought up in our presentation, but again, Honda had something up its sleeve. The engineering team improved the DCT in the lab for off-road use; this includes ‘incline detection’ that allows the bike to get up and down slopes effortlessly, and ‘cornering detection,’ which means the transmission won’t shift while you’re sliding through a corner in the dirt, which could potentially unsettle the bike.

It will be interesting to see what this all feels like in practice, but in theory it sounds like Honda’s latest DCT is something we haven’t seen on a production motorcycle to this point. 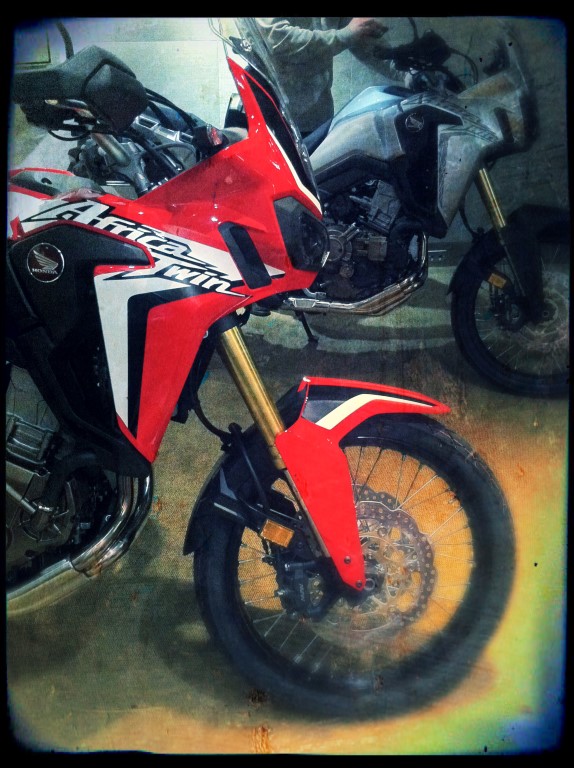 More highlights: Suspension is fully adjustable both in front and back; the 18.8 L tank should get about 400 km of range; a Unicam valve train (meaning SOHC) is employed; the manual (non-DCT) version comes with a slipper clutch; and there are four different DCT drive modes depending on your preference.

Drum roll for the price… The manual (non-DCT) version of the 2016 Africa Twin CRF1000L comes in at $13,999 (add $300 for rally graphics), while DCT costs just $1,000 more – $14,999. At that price it’s sure to sell, and given the effort that Honda has put into this much-hyped model, it’s hard to imagine anyone going away disappointed with their purchase. In fact, I wouldn’t be surprised if the AT isn’t another smash hit from the innovative and quality-driven minds at the Honda corporation.