Countless ideas. Thousands of hours of research and testing. Eight extraordinary motorcycles. Project RUSHMORE introduces technology and design enhancements that will recalibrate the expectations of the touring motorcyclist: Savvy electronic controls and infotainment. Aerodynamics born in the wind tunnel. Bodywork shaped by the most-respected styling team in the industry. Comfort good for endless miles and, of course, more American V-Twin power. The road trip will never be the same. 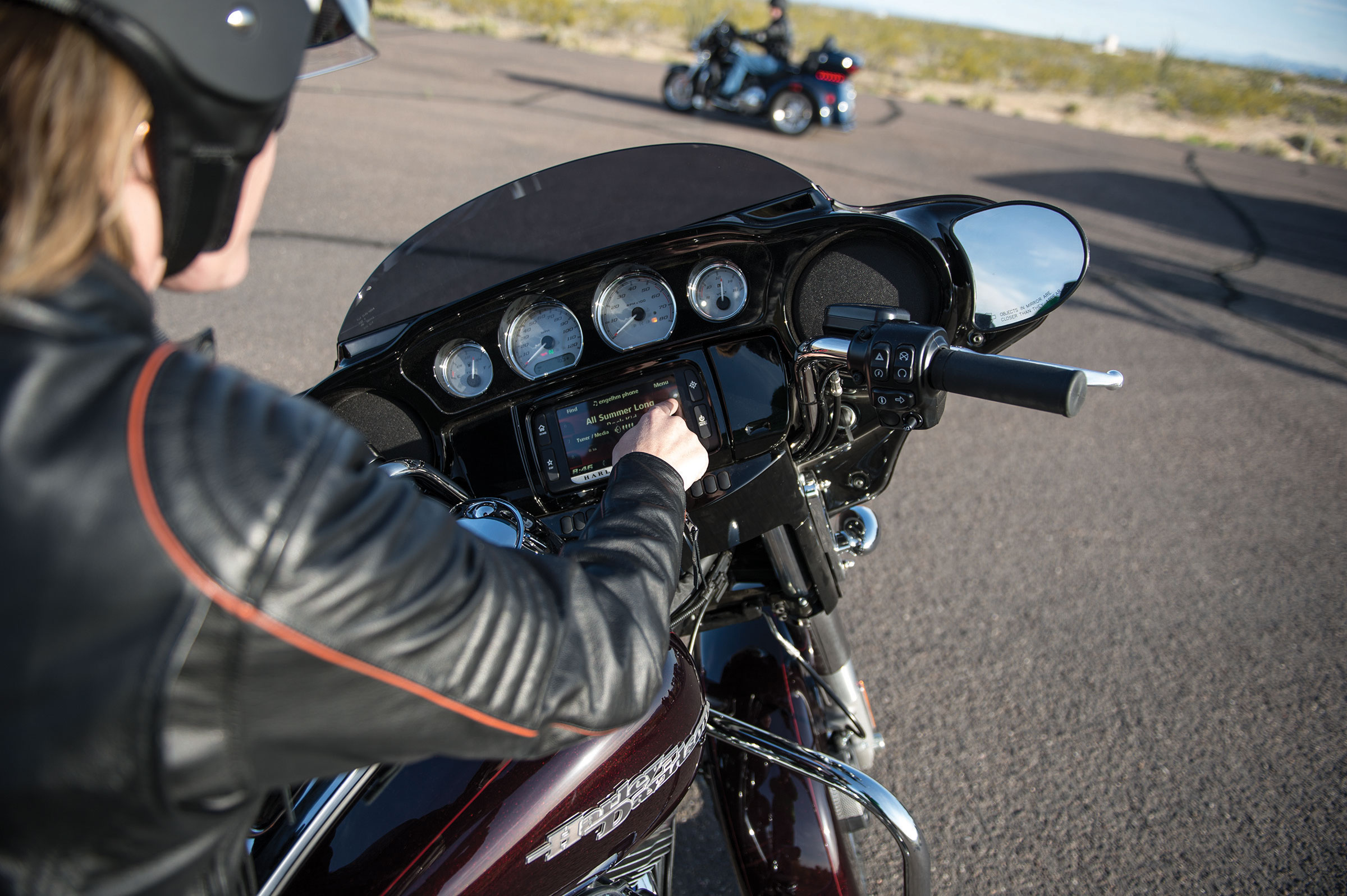 Project RUSHMORE is the result of an entirely new way to produce motorcycles. In a process that invokes the voice of the customer throughout an accelerated development program, the ideas and dreams of thousands of motorcyclists are allowed to percolate with those of Harley-Davidson employees.

“Project RUSHMORE is a pure expression of our relationship with our customers and a shared passion for riding motorcycles,” said Mark-Hans Richer, Harley-Davidson Senior Vice President and Chief Marketing Officer. “It’s resulted in some outstanding innovations, but from day one we’ve been focused on taking the total rider and passenger experience to the next level. We get there together, we come together – to quote the Beatles – through a process that uses not just formal feedback, but the kind of input we get from listening to customers out on the road, in the real world, and then blends that with our engineering and styling expertise. For years at Harley-Davidson we’ve been saying that we ride with you. Project RUSHMORE elevates that devotion to a higher level.” 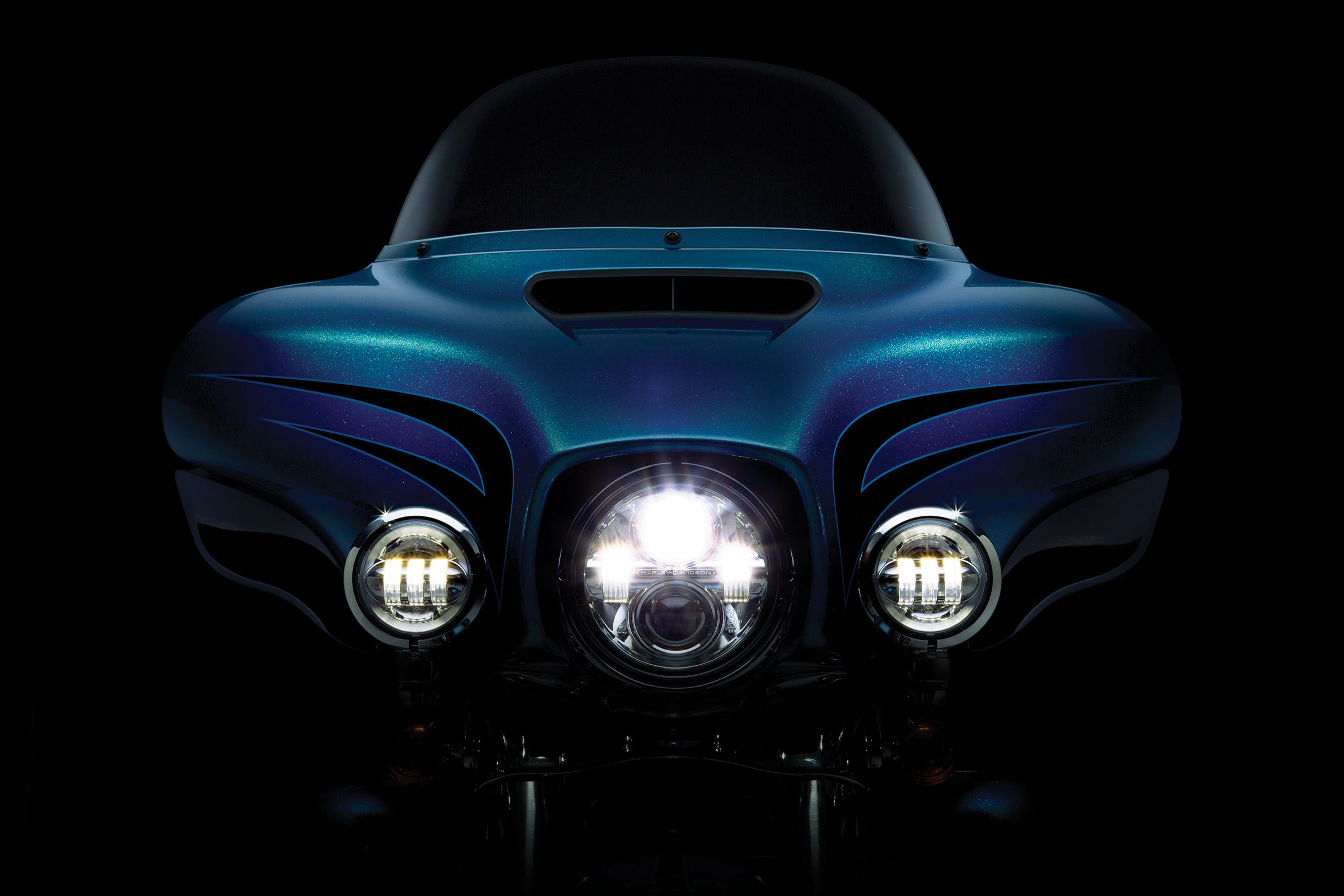 (See separate releases for details on the elements of Project RUSHMORE.)

Additional Harley-Davidson 2014 Motorcycle News
Additional headlines from the 2014 Harley-Davidson lineup include the restyled Fat Bob® model, the availability of anti-lock brakes on all five 2014 Sportster models and the continued integration of H-D1™ Factory Customization.

H-D1™ Factory Customization: The web-based program that allows customers to select factory-installed options that personalize fit, function and style to the Sportster® 1200 Custom and Street Bob® offers new color options for both bikes, including two new custom paint sets for the Sportster 1200 Custom: Charcoal Pearl Eagle Graphic and Mysterious Red Paisley Skull in addition to new Hard Candy Custom color options. By using the online Bike Builder customers may choose from different wheels, paint and engine finishes to dramatically alter the look of the motorcycle. In addition, to fit the motorcycle to each customer different combinations of foot-control locations, seat choices and handlebars can be selected. Customers can expect to be riding their new bike in as little as four weeks from the time an H-D1 order is placed with an authorized Harley-Davidson dealer.

The V-Rod family now has ABS as standard equipment and new paint colors and graphics are available on the Muscle® and Night Rod® Special.

The Twin Cam 103™ powertrain is now standard equipment on the Street Bob® and Super Glide® Custom models, both part of the smooth-handling Dyna line.

Six Harley-Davidson Softail® models offer traditional hard-tail lines with modern ride and handling thanks to suspension components hidden within the frame rails. Introduced mid-year 2013, the long and low-slung Breakout® is an urban chopper with authentic swagger, distinctive finishes and specific components not available on other Harley-Davidson bikes.