Dan Kruger’s blog: Recovering from a major crash – what most people don’t see, Part I

Dan Kruger at Suzuka before his major crash.

By now, most people know I had a serious accident at the Suzuka 8-Hour World Endurance Event in Japan back in July. I high-sided my Superbike coming onto the front straightaway, which was targeted to be my fastest lap ever around the Suzuka Circuit. I was pushing hard and still had a heavy fuel load, with tires that were still not fully up to temp. Although I don’t remember any part of the accident, a photo sequence (see later in the story) along with onboard data allowed my team to piece it all together.

You read about accidents like mine all too often and might feel concern, or think the photos look cool or scary, but there is so much that goes on behind the scenes the moment everything goes “dark” from the perspective of the rider, their team, and family. I thought explaining that from my perspective might shed some light on it to interested readers.

I woke up in a hospital in Suzuka and quickly knew I had been in a big accident. Some of my team was with me and the team translator was sleeping in a makeshift cot next to me. I knew I was in Japan but had no idea the extent of my injuries at that time. I didn’t know where my phone was so could not contact my family. I was briefed by my team on what had happened and on my injuries. Broken ribs, punctured lung, head trauma, and a broken scaphoid. There were more injuries inconclusive due to the massive trauma internally. 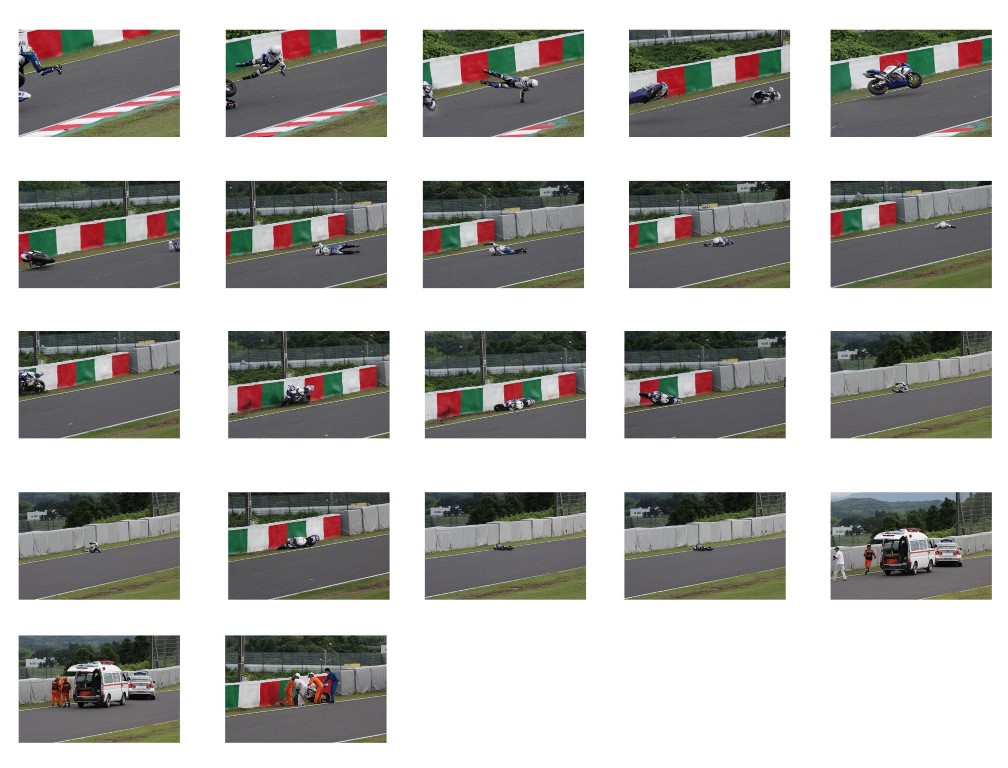 Me: I was a mess. All I wanted was complete silence and darkness. I would later find out that I would want darkness for months to follow due to the TMI (Traumatic Brain Injury), basically a bad concussion. The tough thing about having a head injury and a number of other fractures is the fact that most painkillers used to treat pain for fractures cannot be used as they have a negative effect on the head injury. Basically you need to man up and live through the pain and really take the time needed to heal.

My team: They had prepared the entire year for the Suzuka 8 Hour. Although I destroyed the race bike, they prepared the back-up bike and also started to psychologically prepare for a 2-rider lineup for one of the most grueling and competitive endurance events in the world.

My family: They had been informed that I was in a serious accident and details were very scarce. A report surfaced online that I was on life support which was never the case and didn’t help. With the team interpreter next to me, my wife struggled to speak to anyone that understood English or knew more details on my injuries. Another team that I race for in Europe finally issued a press release on behalf of me explaining my injuries and that I was conscious and going to be okay. That release circulated everywhere and really helped put my family at ease. They still were on standby to catch the next flight to Japan to be by my side. (In the end, I had a close friend from Hong Kong fly over and take care of me and put me on a plane home… thanks Paul!)

The next steps: We needed to get approval from the doctors to fly back to Canada for further treatment. That came about 4 days later and I quickly caught a flight home. This is where the long road to recovery comes in.. and which you’ll read about in Part II of my blog, coming next week.

Note… There is some good news and a happy ending to this story… On October 2nd at 1:45 am, my amazing wife Holly gave birth to a 6lb 9oz boy – Aiden Daniel Kruger. Both Holly and Aiden are back home resting and healthier than me!

Open House/Clearance Event This Saturday at Dualsport Plus in Brantford!

Open House/Clearance Event This Saturday at Dualsport Plus in Brantford!