The first motorcycle road race I ever took part in was on Victoria Day – at “old Mosport” – 45 years ago. My class was Junior 410 Production, and this title fit me well – I certainly qualified as an inexperienced, teen-aged Junior.

Back in those prehistoric days, there were no track days and no road race schools, so you really did start swimming in the deep end.

I had a slight edge over some of my fellow rookie racers – I had won a contest a couple of years previously and got a chance to drive a lay-down Enduro go-kart around the classic 4 Km venue for a few laps.

Of course, I had attended all sorts of races at the facility, both cars and bikes. If anything, that added to the intimidation factor – with almost no room between the Armco barriers of the time – Mosport was not the ideal place to start your competition career. 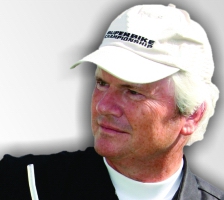 Just a few years later, teaching at various racing schools, I would make this point over and over to a wide range of bright-eyed, young and old, just-starting-out competitors.

The joy that experienced Pros have at Canadian Tire Motorsport Park remains contagious to this day. But now, the newer racers have probably done lots of laps at a variety of non-racing events prior to their competition debut.

During the 1970s, Mosport supplanted the much-missed airfield venue Harewood Acres (closed in the fall of 1970 to make room for the expansion of a local oil refinery) as the centre of bike sport in Ontario.

A couple of 24-Hour races had much to do with the popularity of Mosport. But by the time I got involved, there was only a 12-hour left. And that wound up shorted to ten after various problems and an extremely late start in the summer of 1976.

The Endurance plans of my friends and I were hatched during another trip to Mosport; this one to watch the 500cc Motocross Grand Prix held in the infield. However, I didn’t attend any of their snowmobile races during that early 1970s expansion of that sport!

My Victoria Day event at Mosport went surprising well, all things considered, although there was no shortage of drama.

But with the May race date out of the way, there wasn’t much left to do. The next race at Mosport was Pros only, and that was it for the Ontario season – or so it looked at the time.

I managed to get to another race in at Nelson Ledges. Not easy when you don’t have a car, let alone a truck!

It was fascinating to discover that every Canuck was much feared when we ventured to Ohio, even if you barely knew what you were doing.

One of the biggest races in the northeast, in this era, was the WERA-run 24 Hours at the Ledges. And I looked forward to the day when I would have enough money, time, energy, and friends to participate in a team for that day-and-night event.

Some of my more experience friends would venture to Quebec and run in the Brimaco Series, by far the most professional thing going on in Canada at the time. These were considered “outlaw” races, since the organizing body, WarLie Racing, was not affiliated with the Canadian Motorcycle Association (CMA).

The sanction issue meant some of the top Pros of the era were penalized by the CMA for running in Quebec, which was comical given that you could actually win money racing with the outlaws.

My issues were more specific. The trip to Quebec was costly, and the more competitive series meant I would have less chance of making it into the main event for my usually very over-subscribed beginner’s class.

Late in 1976, word started to circulate that there would be a new track in Ontario available soon, maybe as early as Thanksgiving. I think I picked up the rumor from a friend with the Mississauga Road Racers – back then there were racing clubs.

I ventured to Cycle World North to check with one of the few Pro racers I knew, Robbie Meiklejohn, about a possible venue near Shannonville.

Meiklejohn explained that John Nelson had expanded his go-kart track and would host a debut regional motorcycle road racing event in a couple of weeks.

The track was barely completed, the runoff was mud, and the weather was brutal. But a new chapter of Canadian racing was beginning, and I turned out to be in the right place at the right time – I would be working there in just a few years! 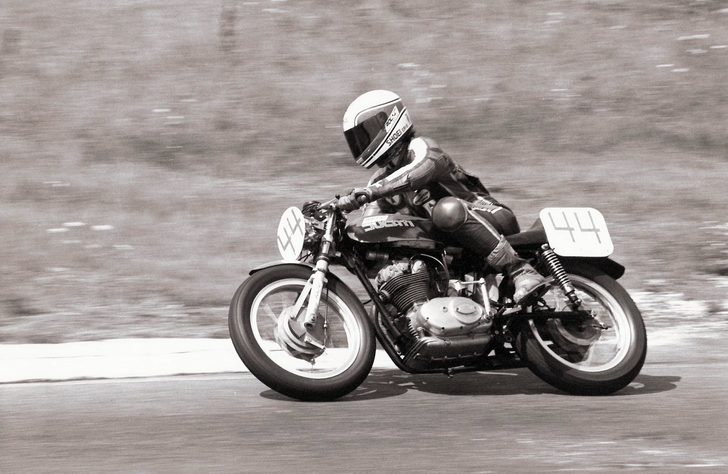