The BMW Motorrad Canada team in year two for the S1000RR Superbike in 2011 included Mark Ferreira and new signing Brett McCormick, back from the U.S. and Jordan-Suzuki.

As the Canadian Superbike Championships awaits the chance to start its 2021 season – following several pandemic-related delays – it seems like a good time to have a look back through CSBK National Road race history. Our focus is ten years ago, in 2011, when the series was still struggling to deal with the fallout from the financial melt down that started late in 2008. There were far fewer opportunities for Canadian racers ten years ago, certainly when compared to the boom years of the decade previous.

Then, as now, the top gun was Jordan Szoke. In 2010, Szoke had faced considerable challenges trying to put together a ride, after several years of big dominance, and big money, with Canadian Kawasaki Motors.

Some of the details of these negotiations became public, back in the early days of internet coverage, and probably didn’t help either side.

The major stumbling block was a program in the 600cc Sport Bike category. In the end, Szoke opted to leave Kawasaki after four years of dominance in both the premier and middleweight divisions.

Szoke started his own Honda team, with bikes built by Scott Miller of Fast Company. Previously, the two had worked together with mixed results for Honda in 2004 and 2005, but this time, they were unstoppable.

When the 2010 Series ended at Atlantic Motorsport Park, Szoke had won every Superbike race, the first competitors to ever score a perfect season in Canada.

He also won all but one Pro Sport Bike round. The spoiler of the perfect season was Alex Welsh on the works Kawasaki ZX-6R Ninja in that final east coast double header. Szoke had piloted the same machine during the previous season.

To this day, the middleweight Kawasakis racers built in this era are still considered some of the best-ever race bikes built in Canada.

However, Szoke did not want to continue risking his own money on his own team and opted to return to Kawasaki as a paid racer in 2011. 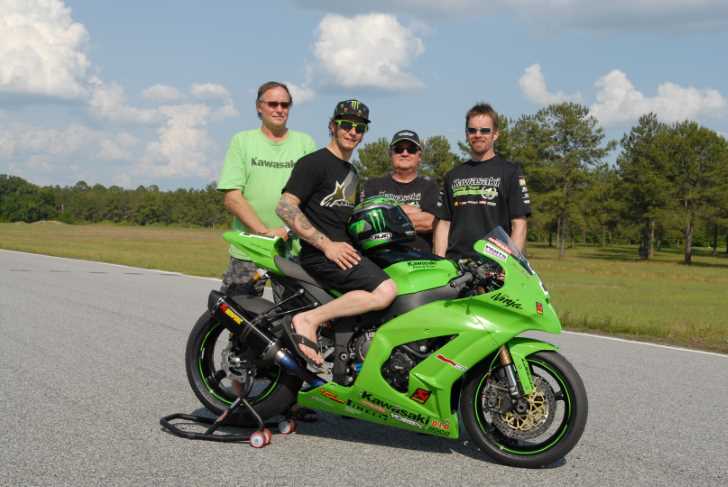 The team was now a satellite operation, run by Mike Crompton’s Competition Systems. Crompton was the engine builder for Szoke’s run of Kawasaki success in the late 2000s, as well as the architect of Michel Mercier’s late 1980s Suzuki GSX-R championship machinery.

Meanwhile, BMW was entering its second season with the impressive new S1000RR Superbike. The initial plan was to learn in the first year, win races in ‘year two’ and titles in the third tour. But a strong debut suggested that the timeline could be bumped up.

The all-in plan for BMW Motorrad Canada in 2011 was to sign Brett McCormick, the popular youngster who raced for Michael Jordan’s Suzuki team in the U.S. during 2010.

McCormick had started his Pro career as Szoke’s understudy at Kawasaki in 2007 and 2008, before jumping to the Picotte-Blackfoot-Suzuki mega squad in 2009. Much was promised to the Saskatoon native, right before all that stock market and housing price drama.

The 2009 season with Suzuki Canada had yielded a string of great battles with Szoke, but the economic collapse exploded McCormick’s Suzuki deal and forced him to try to regroup in the U.S.

McCormick returned to Canada for 2011 to tidy up some unfinished ‘number one’ plate type business, and hopefully do well enough to have a crack at another program beyond Canada.

The season started with a pre-season test at Jennings GP, in Florida. Where formerly twenty works-supported Canadian Pros might attend this event, in 2011 it was just BMW’s McCormick and Mark Ferreira, and Kawasaki band new Ninja piloted by the returning Szoke.

The abrasive, bikes-only Jennings track offered two days of ultra-hot conditions, and the latest Kawasaki proved very quick in the hands of “Jordan of the Jungle.” Unfortunately, Szoke suffered a major fall late in their sessions, and that would affect the team’s ability to conduct further pre-National testing.

“I wasn’t really that worried about the times,” explained McCormick of his test. “I was happy with where we were at by the end, and I knew Patrice (Goyette, Crew Chief) was knowledgeable with the BMW. I had to learn the bike, and it wasn’t the easiest, that first gen S1000RR.”

The season opened at ICAR in Quebec, and McCormick was on fire around the concrete runways, dominating Round 1 to take BMW’s first series victory.

“I know how Jordan looks at things, after two years as his teammate,” continued McCormick. “It was so important to start strong, and I always got along with ICAR, while most people just couldn’t get comfortable. It was certainly the start we needed, and we really built on it from there.”

McCormick’s plan, and need, was to dominate. His stated goal was to attract support beyond Canada by beating proven series king Szoke. McCormick wanted to lead every session, earn every pole, and take every victory.

As the season progressed, Szoke and Kawasaki closed the gap, although McCormick maintained an edge. 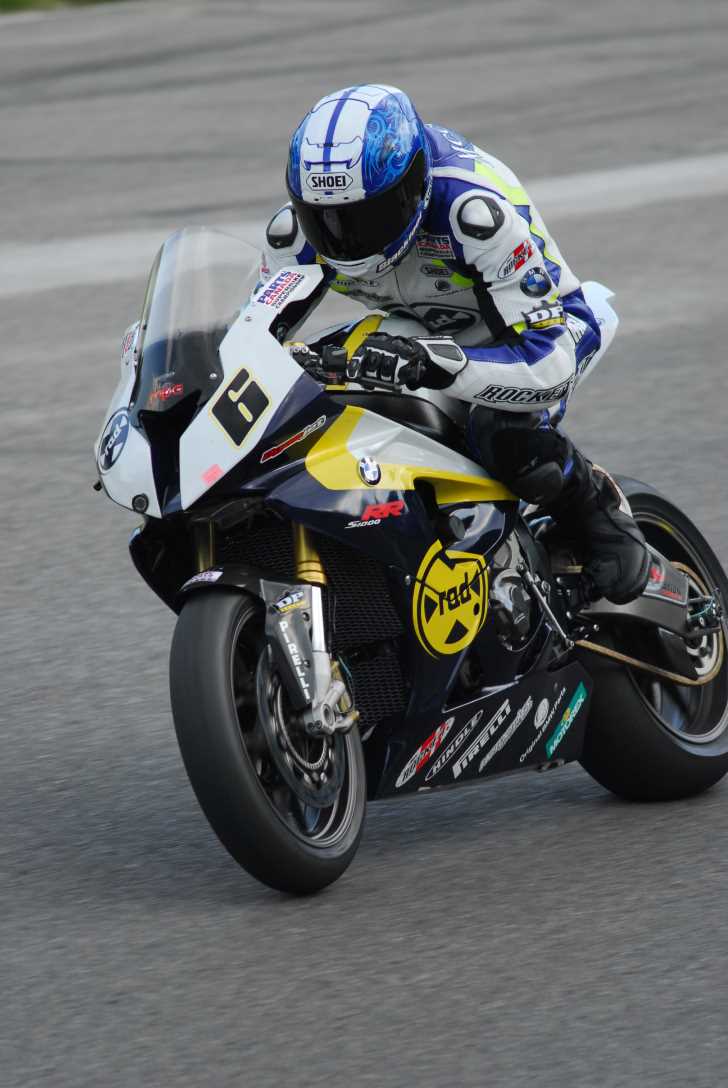 CUTLINE: Brett McCormick heads onto the front straight at Canadian Tire Motorsport Park, on his way to victory for BMW in the penultimate round of the 2011 Canadian National Superbike Championship. Courtesy of CSBK

“Those guys at Kawasaki, I knew them well, we’d worked together, I certainly respected them,” continues McCormick, still active as a sport bike tester for Inside Motorcycles. “They were pushing hard to close the gap, staying up late, making big changes. By the end of that year, I think their bike was probably better than ours.”

McCormick was unbeaten heading to the final Double Header at Canadian Tire Motorsport Park in August. A big fall in Turn 3 didn’t keep him from taking another Pole, and a win Saturday moved him oh-so-close to equaling Szoke’s seemingly unmatchable previous perfect season.

But Sunday’s last race was wet, and Ferreira led early as Szoke and McCormick struggled for pace. Eventually, the top two took over late in the race, with McCormick finally moving past the reigning Champ at the start of the final lap.

The race lasted only seconds longer.

“I was maybe a little hot into Turn 2, and got on a damp patch, lost it at the apex,” confirms McCormick of the tumble that ended his quest for a perfect year. It would be McCormick’s last ever lap in CSBK.

Szoke scored the victory, and on the podium, explained, “this is the greatest win of my career.” If Szoke still thought that ten hours later, or ten year later, is not the point – the pressure of the battle between the top two of their eras certainly framed the events as very meaningful.

After that race, McCormick completed 2011 with one frustrating start in the U.S.A. with his Canadian BMW, and a slightly better European Super Stock fall effort on a borrowed bitza BeeMm. This was enough for him to earn a place in the Liberty-Effenbert satellite Ducati program in World Superbike.

Meanwhile, BMW Motorrad Canada decided to disband their in-house Superbike effort, and farm out that program – to Jordan Szoke. Seven titles for BMW later, Szoke left the German company for 2019, to return for his third and current successful stint with Canadian Kawasaki.

All systems go for the 95th ISDE in Italy