Ben Young finished an impressive fourth in Supersport at COTA.

Canadian racers Ben Young and Marcel Irnie both had strong showings at the inaugural MotoAmerica race, held in conjunction with the MotoGP Grand Prix of the Americas this past weekend in Austin, TX.

Young, riding the RoadRace Factory Yamaha YZF-R6 in the Supersport class, took home an impressive fourth place finish in the rain during Saturday’s race. Young had earlier qualified 10th but made it count in the wet stuff on race day.

“Well I finished up a soaking wet fourth, was on third and sadly had vision problems with a heavy downpour, but we brought it home!” Young said on Facebook just after the race. “Massive thanks to the whole RoadRace Factory team and every person involved, you all rock!” Young will take his fourth place overall standing in Supersport to Road Atlanta this weekend for the second race on the MotoAmerica schedule.

Irnie, meanwhile, finished eighth in the second of two Superstock 1000 feaures after crashing out in Race 1 on his Irnie Racing/Team MobiBuff/World’s Best Motorcycles BMW S1000RR. 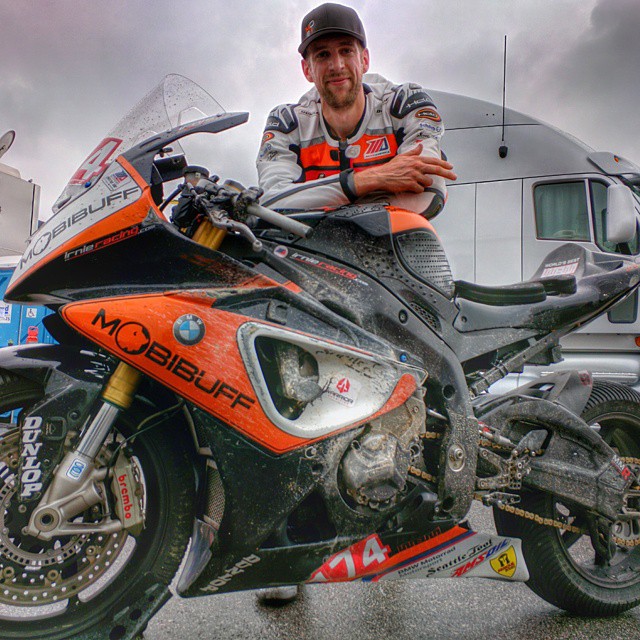 “We survived race two, finishing 8th in Superstock 1000,” Irnie posted on his Facebook page post-race. “With practice cancelled in the early morning we were unable to test Franz (the pet name of Irnie’s S1000RR) following yesterday’s rain crash. On the warmup laps I discovered we had a serious problem with power. The bike was down 15 hp I estimate, which hampered my corner exits and holding position on the long straights. I had to be a demon on the brakes to reclaim my running position almost every back straightaway. Hopefully we can find the problem before next weeks race in Atlanta, Georgia.”

The power issue was later traced to a programming issue with the bike’s ECU, putting it in what Irnie referred to as “limp mode” for the entirety of the race.

Both Young and Irnie will be back in action when the MotoAmerica series heads to Road Atlanta this coming weekend.