“We finished on top in free practice, took a convincing pole in qualifying by over 2 seconds ahead of 2nd place, and led 100 of 101 laps of the 3 Hour race,” Kruger proudly stated.  “We got the holeshot and never looked back, winning the race by over 2 laps over the satellite Kawasaki team and then Yes Yamaha in 3rd.  The rules in this event allow for 2 bikes and 2 or 3 riders on the track for 45 minutes at a time maximum.

“My teammates were Karl Roe from New Zealand and Ramon Gascon from Spain.  Ramon crashed hard in Free Practice and suffered a pretty severe concussion that put him in the hospital and out of contention for the weekend. We ended up racing with the minimum allowed 2 riders.

“Personally, I was pleased to have the quickest lap time of the event a 1:37.8 which was done in qualifying.  Considering the time of year and weather over here lately, that is a good time. We also had the quickest race pace at 1:38.2 (A full 2 seconds quicker than the next team).” 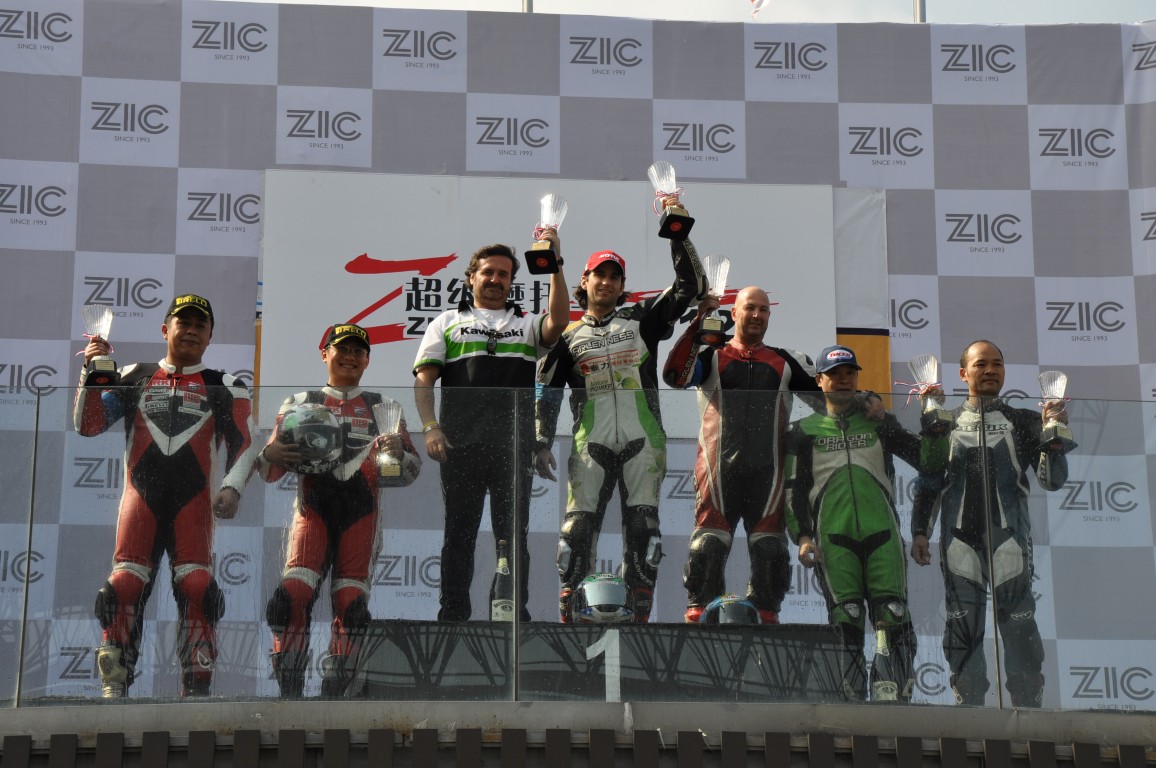 This was the 2nd endurance race in Zhuhai in as many years.  Kruger and the Speed Up Asia team won the inaugural event in 2011 as well.

The following day was Kruger’s final test of the year with the team before heading back to Canada for the holidays.  “The test went very well,” he noted.  “We tested some of the 2013 parts on the 2012 bike and worked on setup.  We rode a total of 54 laps and are leaving off 2012 on a very high note.  We have 2 more tests scheduled in January and February as well as a test at Suzuka to get acquainted with that track and team.  The first race of 2013 is in March for Rounds 1 and 2 of the Pan Delta Series back at Zhuhai International Circuit.

“Happy Holidays to everyone and thank you to all the sponsors for 2012 and also all the new sponsors coming on board for 2013.  It is shaping up to be a very good season for us.”