Today was a great day. I was finally able to sneak my way into a Main Event after a brief time of horrible luck. We showed up at Volusia Speedway Park’s half mile today not knowing what to expect, having not run it before. I had heard horror stories about the track and how bad it is. I was a little skeptical at first, but as soon as I hit the track I knew I would be fine.

In practice the track was much to my liking as it was wet and rough. That seems to be where I do best as everyone usually tends to take it easy. I was really fast and comfortable and felt good going into my heat races. I had some problems on my starts in my heat races and I had to go to the semi in the 450cc Mod class, and got the last transfer spot in the Open class. In the semi it was a four-rider battle all the way to the finish, and unfortunately I finished in 4th place and they only took the top 3. I was bummed out especially because I only lost by one bike length at the line. 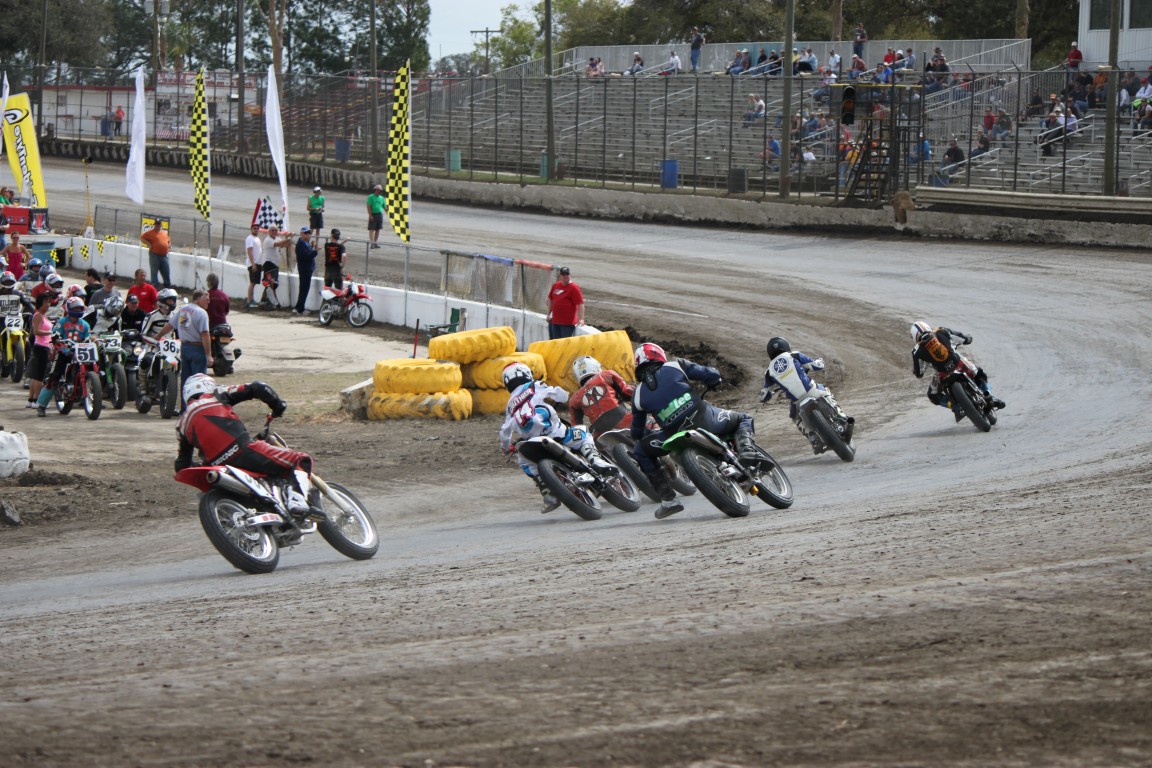 In the Open final I started on the second row and got a great launch. I tucked behind the group in about 10th place. By the end of the first turn I had picked one off and had closed in on another. With a couple laps to go I tried to make a move around the outside but got pushed up and almost into the cement wall. One lap later I made a risky move riding around the outside of the guy in the turn. It paid off and I was able to secure an 8th place finish, which I was happy with considering my recent luck and the calibre of riders I was up against. Fellow Canadian Shane Corbeil took the day off from racing to become a spectator.

Being so far from home, it’s funny how many people we have seen that we know. For the fourth day in a row the Dulajs from Welland were at the races enjoying the show. Wes Pierce, the announcer at Niagara Motorcycle Raceway, strolled into the pits to wish us luck today after taking the drive up from the Tampa area. Also today we heard somebody from across the track yelling my dad’s name, and it turned out to be regular CMA competitor Harold Peters. Funniest of all was meeting Henry at the track today. Henry is a fella from New York that is good friends with Katalin and Aaron Hesmer, whom I met at their wedding last summer. 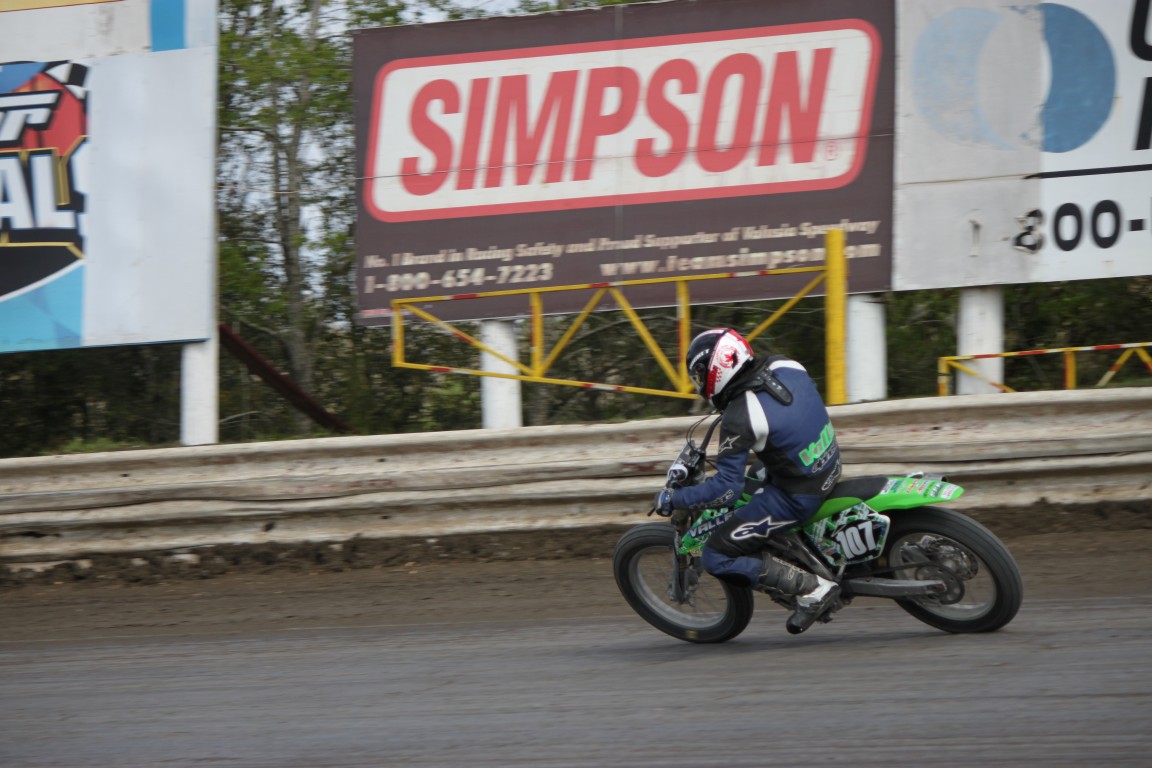 Tomorrow we will be back at the same venue in Volusia, but this time we will be running the short track. I went and took a look at it, and it looked about as wide as a coffee table. I am really excited to ride yet another new track before a two-month gap between races. I look forward to sharing my news and events with you guys.