Another day, another struggle. Today was perhaps the most looked forward to day of my trip, as we got to race the famous Daytona International Speedway short track!

Unfortunately I could not find the perfect setup, but still had an absolute blast anyway! I rode the back up bike all day and my dad, Todd, decided to ride my bike in the Vet 40+ class! It was a lot of fun and made for some pretty good laughs watching my dad ride my bike in my motocross gear!

I heard from a lot of people that this track was slick and very tricky, but I had no idea what I was in for. I got to the semis once again, where I got a 2nd  in one and I got a DNF in the other after hitting my foot on a hay bale. Unfortunately a 2nd in the semi was not good enough to make it to the final based on my time! Nevertheless, I had a blast riding such a difficult track and I will cherish the memory forever. 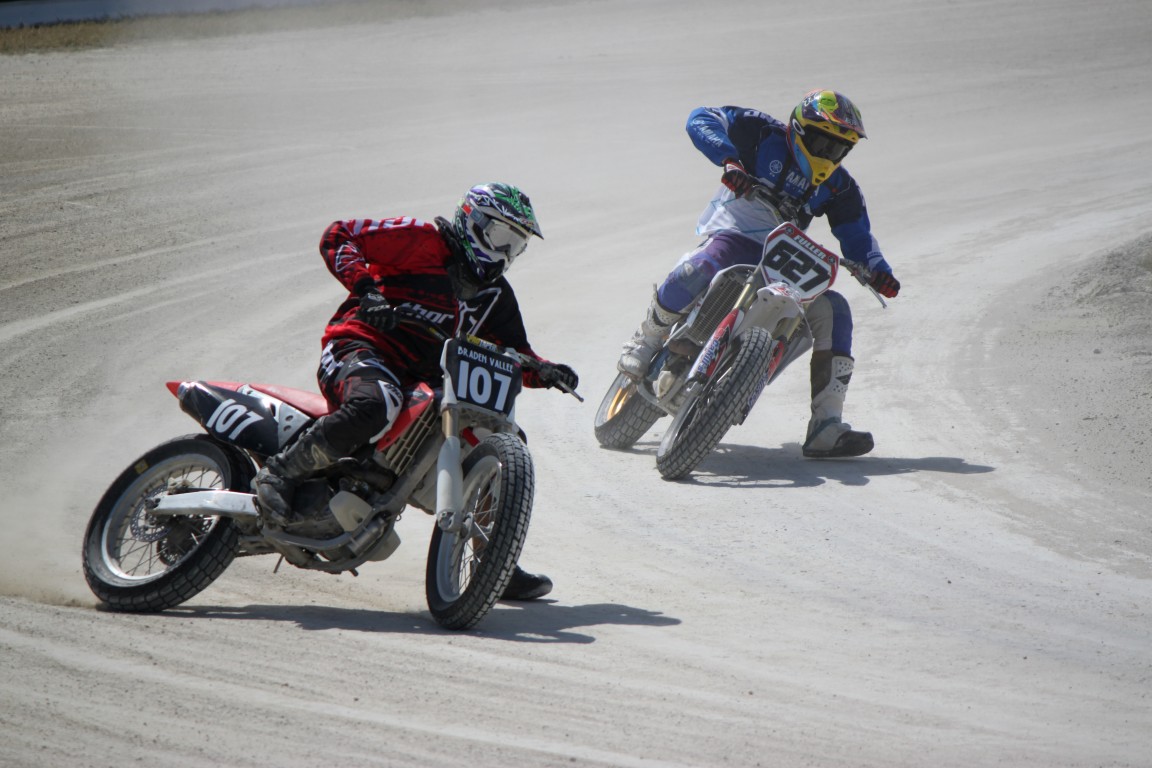 Braden rode the backup bike to a second in one of his semis, but it wasn’t enough to make the finals.

My dad was having a great time riding around you could almost see the smile through the helmet. He was in about 10th in his final before he clipped the back wheel of another rider and fell over onto his arm and chest. He got some pretty bad road rash, but he still had fun – and he says, “that is all that matters.” The bike needed some minor repairs, but it is going to be 100 percent for tomorrow’s race in Volusia after my uncle and I did a bit of work to it. Shane Corbeil found the track to be pretty tough, but did a great job and managed to make it into both finals. 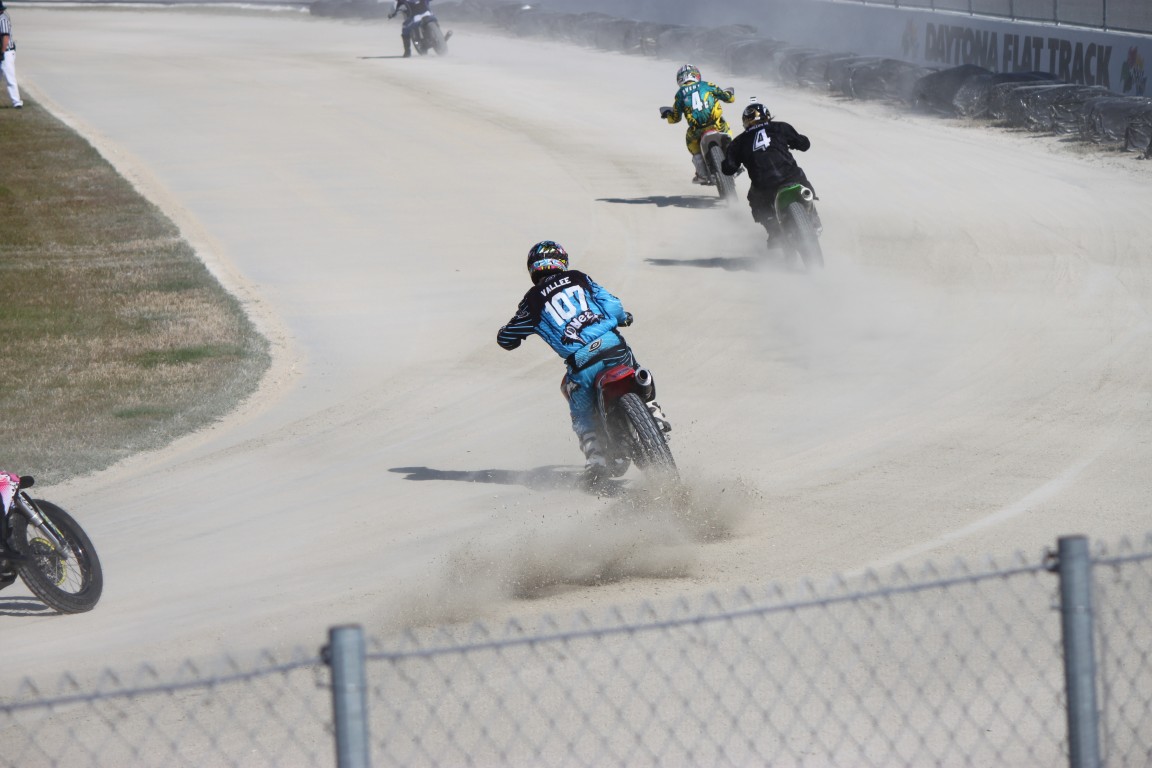 Braden’s dad, Todd, decided to give it a go in the Vet 40+ class at Daytona.

After the races, the family and friends went out to Olive Garden after the races for dinner and had quite the laugh when we first showed up. In the parking lot there was an RV that looked like it had no original bodywork left on it, as it was mostly made of wood (see photo). We enjoyed a great meal with some laughs before coming back to the rental house. 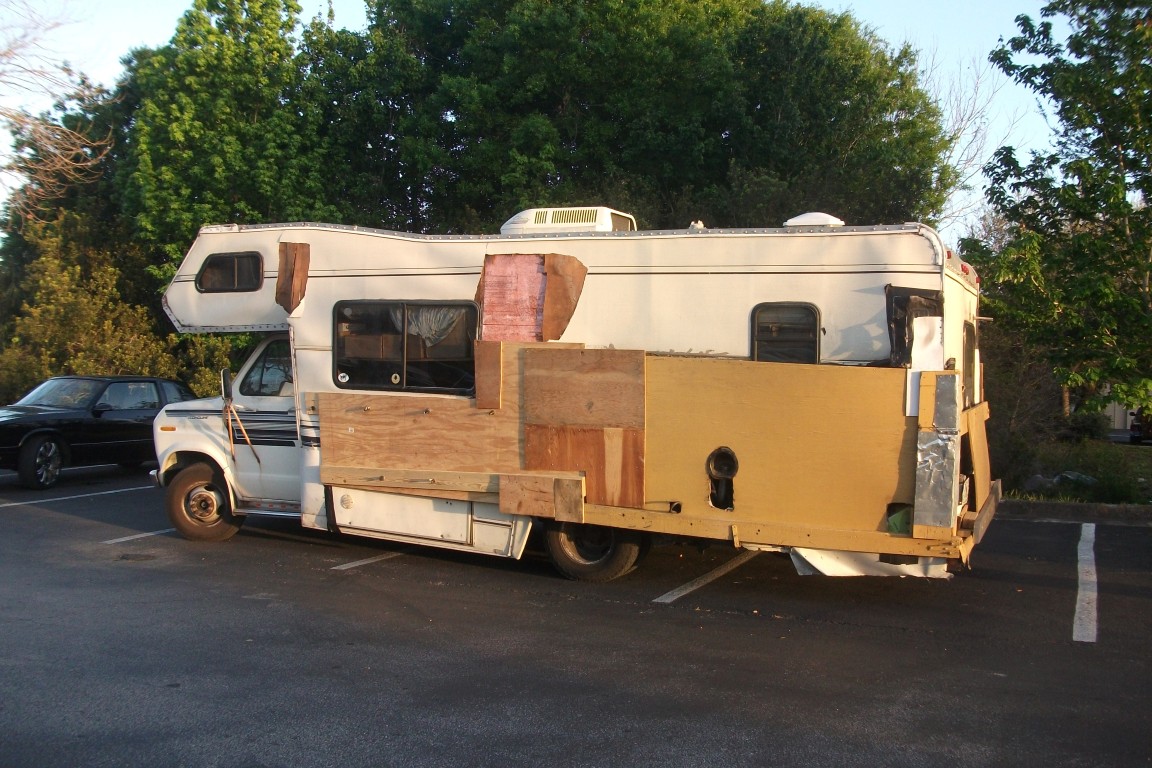 Tomorrow morning we head to Volusia for another super fast half mile! I am excited to ride another new to me track and can’t wait to share it with you guys!