Shane said it best! “We are not in Kansas anymore Toto.” The first day of racing here is over and that was the best way to say it. A fast track, really fast riders and a lot of riders!

The day started off with me going to Shane’s hotel to hang out and after running around all morning to find a bank that would take Canadian money we finally made it to the race track. Registration was supposed to start at 3:00 so we got there around 2:50 and still had trouble finding a spot. There were over 180 entries and that was only big bikes with no kids included! But the crew from Steve Nace Racing and Oglethorpe Speedway ran a very smooth, action packed show. 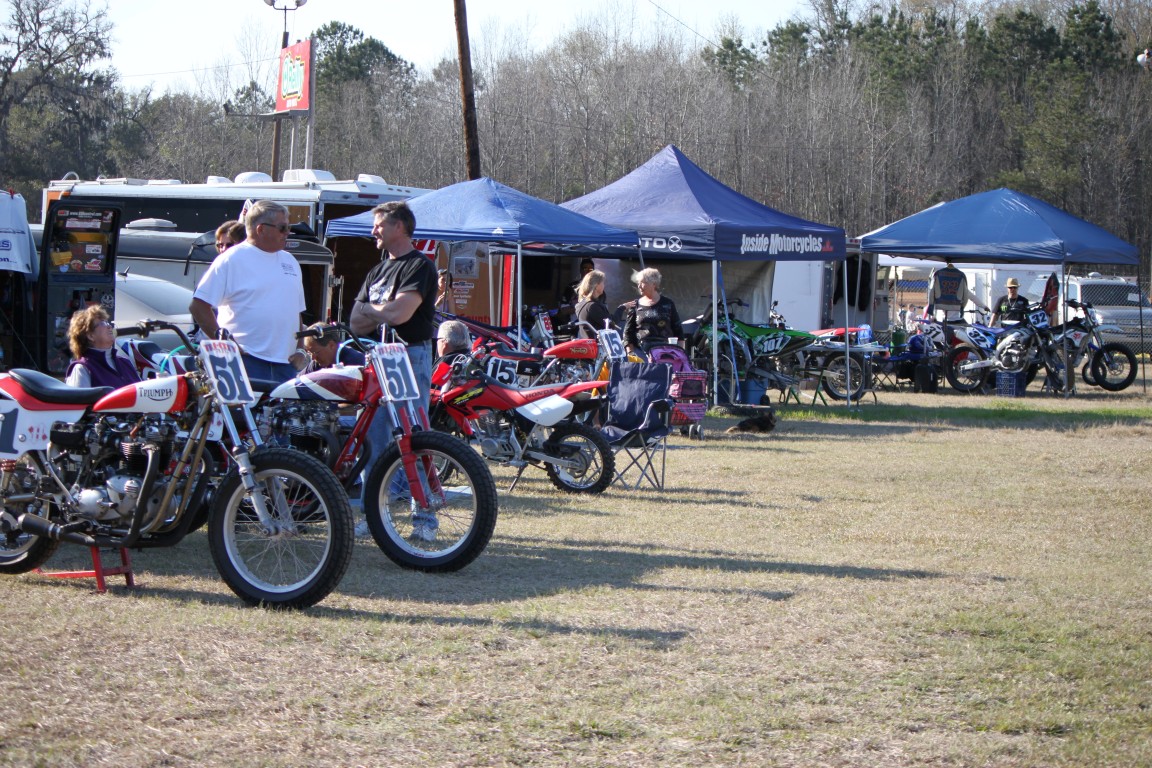 For the first and last practice sessions I was very quick and felt comfortable. In my first heat race in the 450cc Mod class I got a fourth, which was not a straight transfer to the final as they only took the top two, since there were 30 riders in my class and only 14 spots. I was running well until I almost lost control of my bike at 90 mph coming out of turn four!

For my second heat race in the Open Singles class, I didn’t get off to the best start but I was feeling real comfortable in third and knew I could pass the guy in second. I ended up finishing second but due to the huge amount of riders in my class that was only good enough for a first gate pick on the second line in the final.

For the 450 Mod class I had to resort to a 10-rider semi with two transferring to the final. I got a third place start but I was quickly passed by another rider and dropped to fourth, where I stayed for most of the race until I nearly crashed again at the same spot in turn four! I ended up with a fifth but I was glad to have stayed on the bike after my big moment.

Before the Open final my bike was having trouble starting due to the cooler night weather and I did my best to warm it up before heading to the line. I thought I did a good job getting off the line in seventh but quickly dropped to 13th before the first turn as my bike was not warm enough and bogged on me. I battled back and rode the hardest I had all night but could only battle back to a 10th. I considered it a success because I knew I was fast and made up a huge amount of ground and I think it will carry over tomorrow. Shane Corbeil made it into the top 10, finishing just in front of me in ninth. 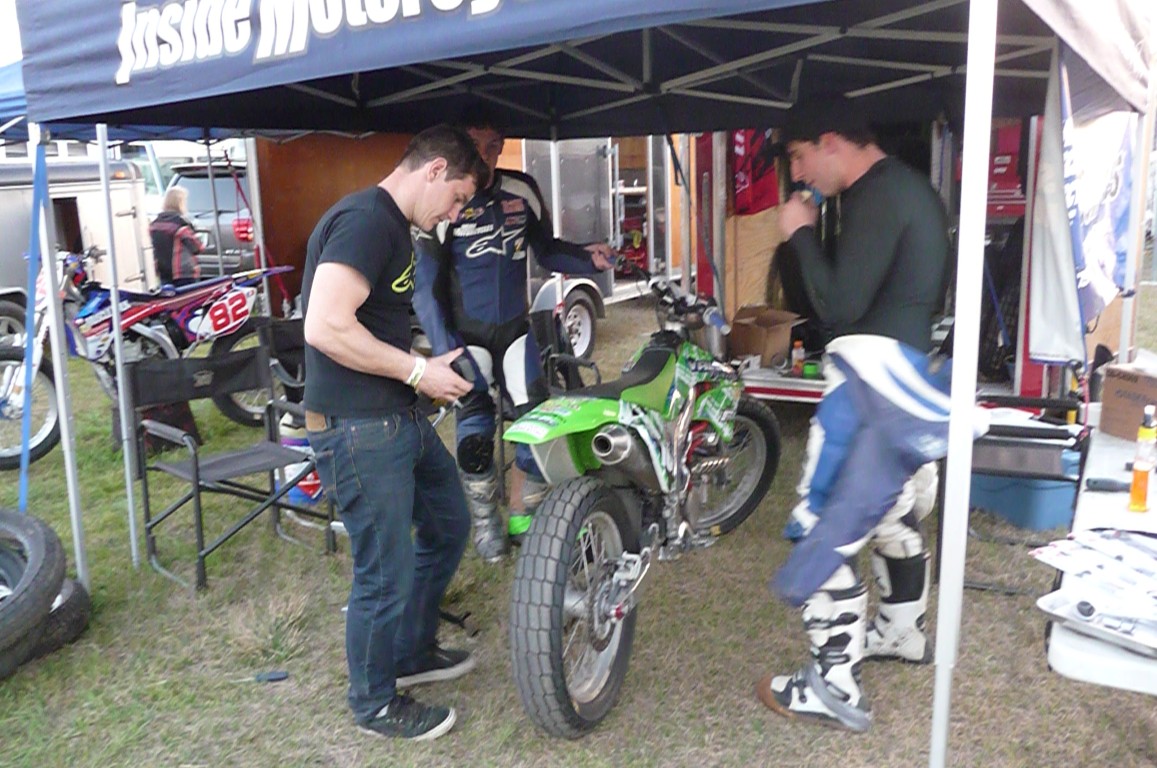 Canadian multi-time flat track champ Don Taylor was on hand to help out.

During the short time I have been here I have already met some amazing people! Jason Griffin is an incredible Pro Singles rider and even nicer guy. He even takes it one step further and does this with only his left arm! When we got talking to him my dad asked him what the hardest part of racing with one arm was. He jokingly replied, “changing my suspension.” He said he has never known any different as he lost his arm at the age of two and began riding at three. We also met two brothers from Ohio that race in my class. They are very cool guys and could really ride!

Tomorrow we are back at Savannah for the final time. Thanks to Leeson Synthetics/Amsoil, Zdeno Cycle, Tri-county Sandblasting, Inside Motorcycles, Hesmer Motorsports, Steve Ball for lending me a backup bike as well as my entire family for supporting me and helping make this trip possible. I look forward to hopefully getting some better results and sharing my day with you guys. 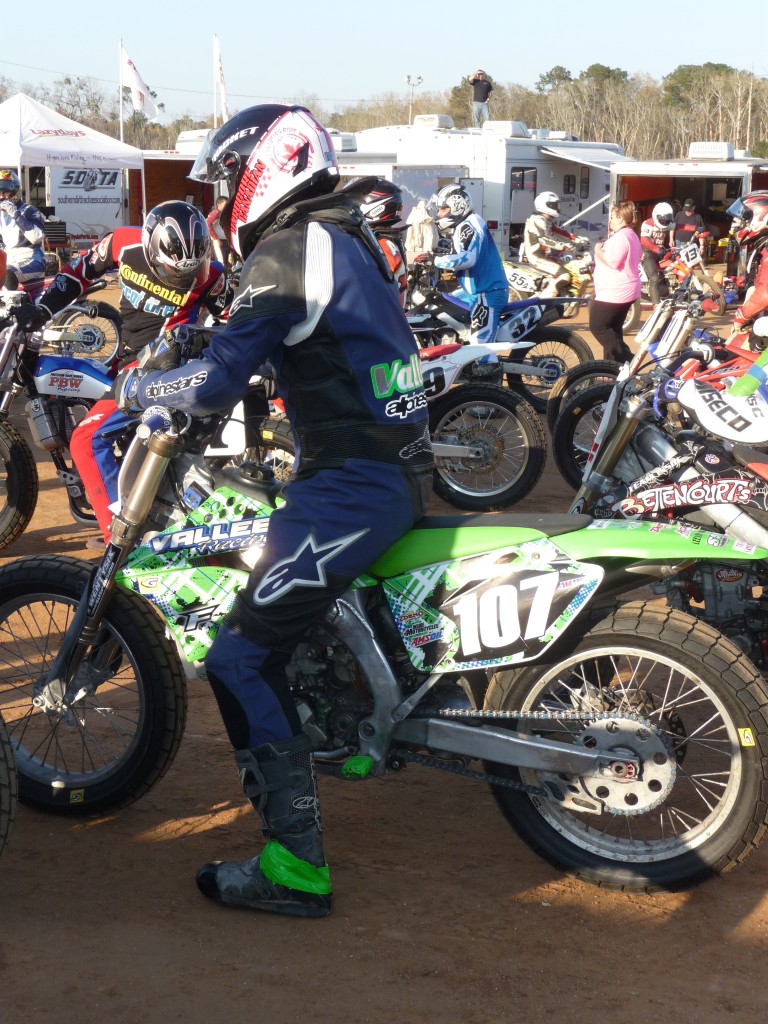