Story and photos by Jenn Harrie

The Atlantic Roadracing League (ARL) wrapped up its 2013 season a bit late, but in fine fashion, with a banquet and awards ceremony held on March 1 at the Four Points Sheraton in Halifax, Nova Scotia. 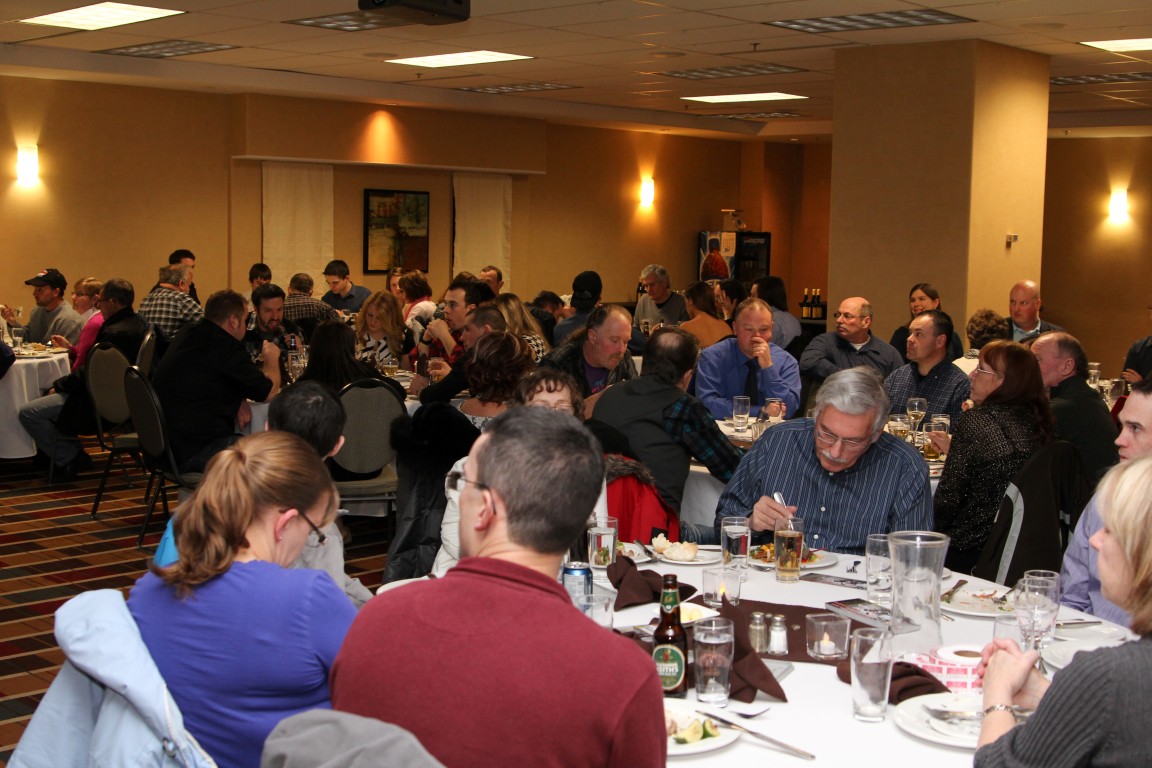 A good crowd was on hand at the Four Points Sheraton in Halifax for the dinner and awards banquet.

Among them was Dan Rudolf of Lunenburg, Nova Scotia, who took home top honors in the Amateur Sport Bike and Superbike classes. On top of his trophies, Rudolf also walked away with a special prize, provided by Inside Motorcycles and Penguin Roadracing School. Dan’s win this season got him tuition for a Penguin Roadracing School at New Hampshire Motor Speedway, as well as $500 toward his travel to get there. 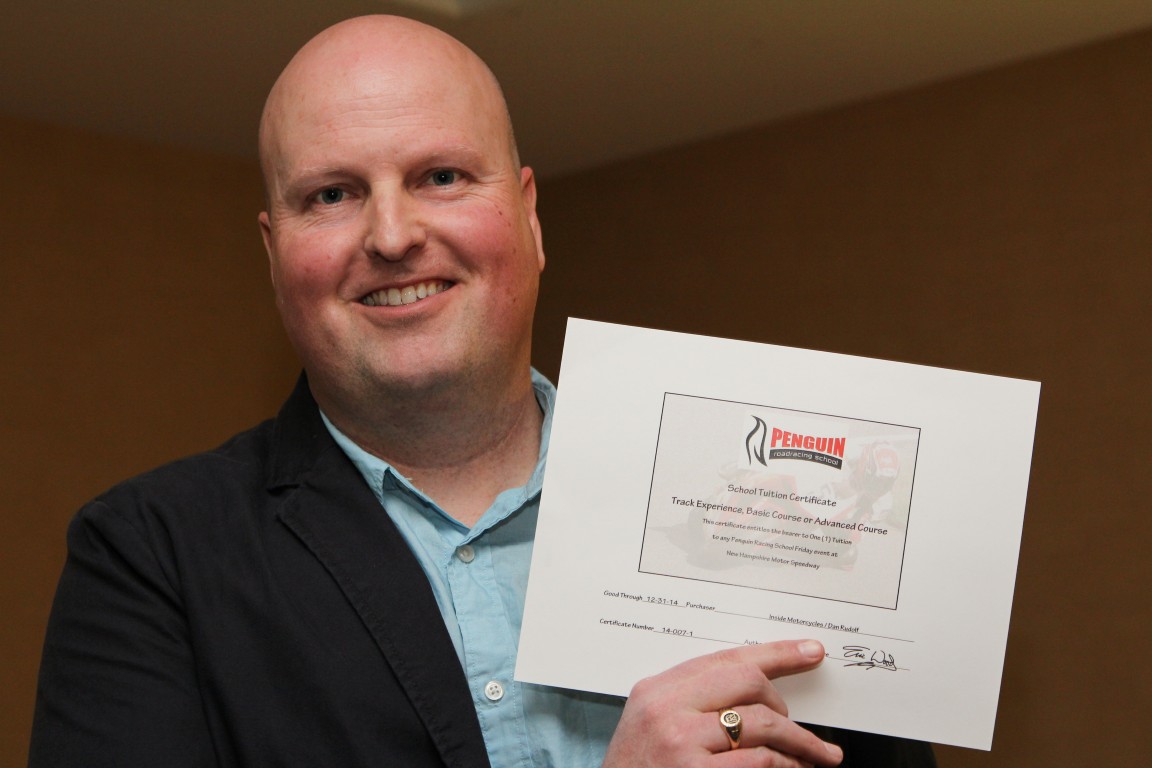 “I knew it was going to be tough from the get-go, because there are a lot of good riders in it,” Rudolf reflected on his season in Amateur Sport Bike. “I just wanted to do well. I really wanted to earn a Pro plate when I was done, and I was very happy to get that. Everything else just fell into place.”

“I want to take advantage of it and go down and get some great tutelage – see if I can learn something new to bring back to the track here – and get more comfort out there at high speeds. Any time you get on the track, it’s good experience.”

This year was also the first year for a new award for ARL – the Tim Samson Award for top Rookie Pro Rider. Tim Samson was a local racer who passed away unexpectedly at a young age. His parents established this award in conjunction with ARL to honor his memory. Austin Shaw-O’Leary took home this award for 2013 after taking two Pro championships home in his first season in the top ranks. 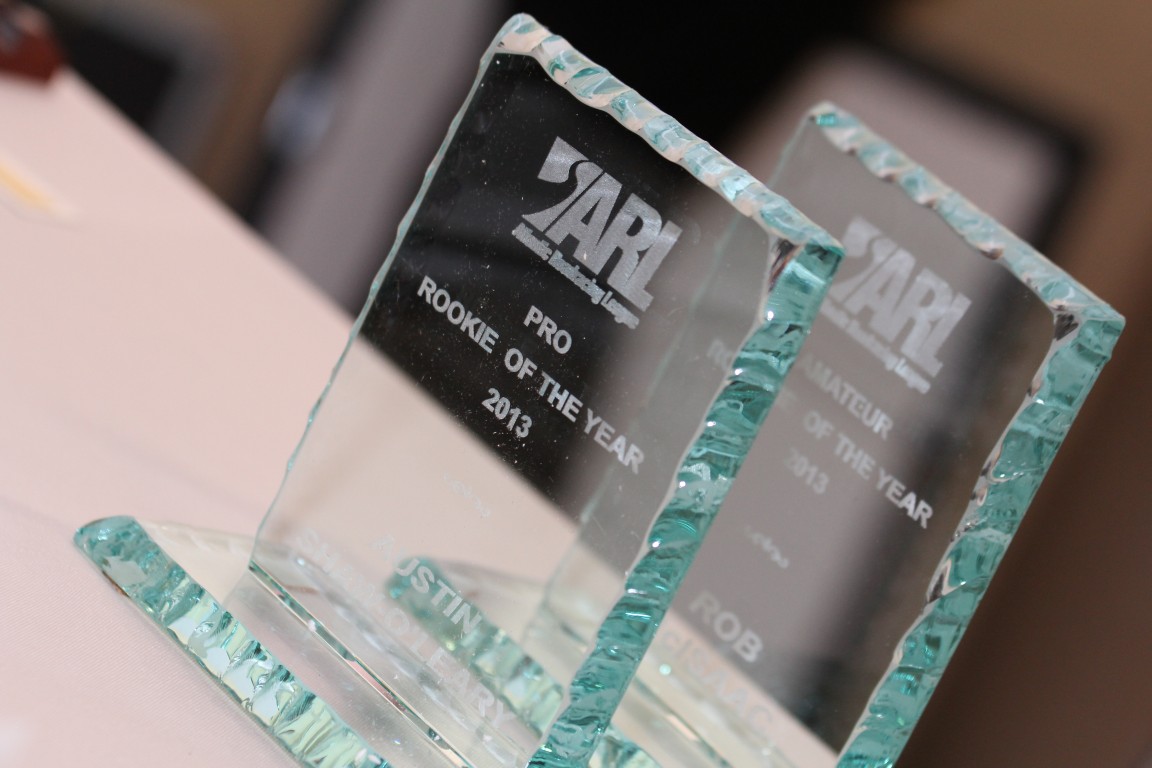 Austin Shaw-O’Leary and Rob MacIsaac won the Pro and Amateur Rookie of the Year awards, respectively. 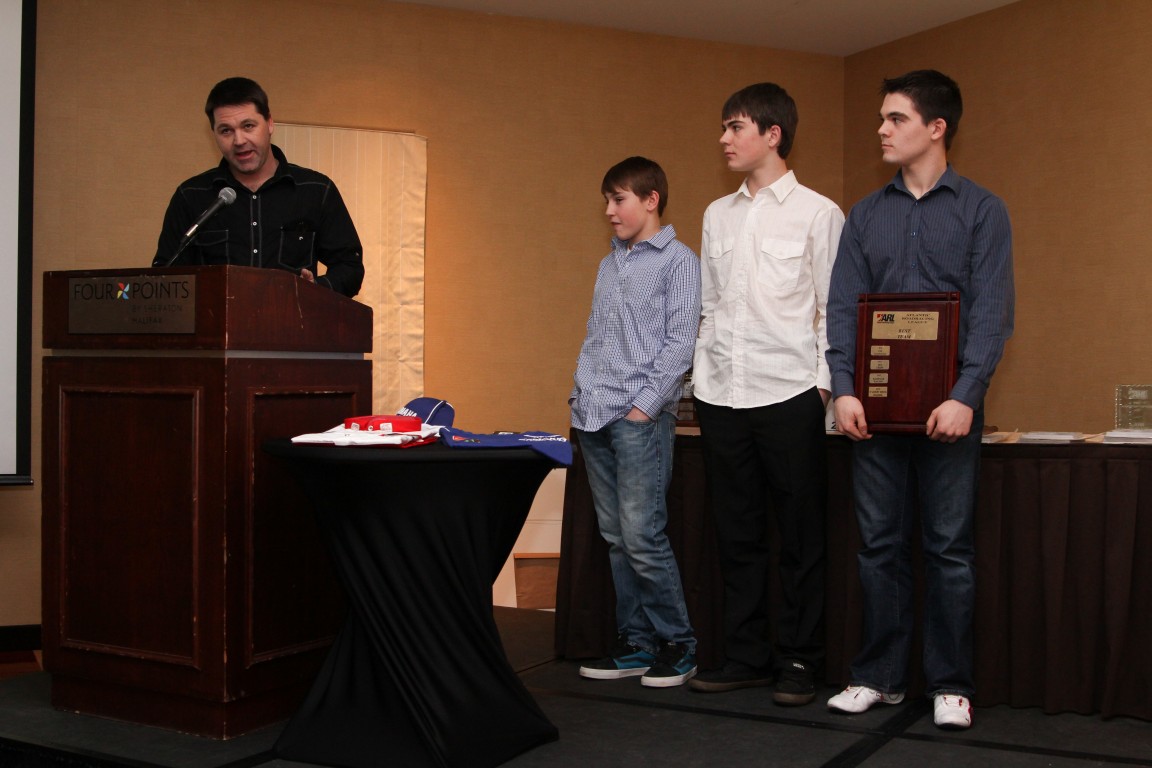 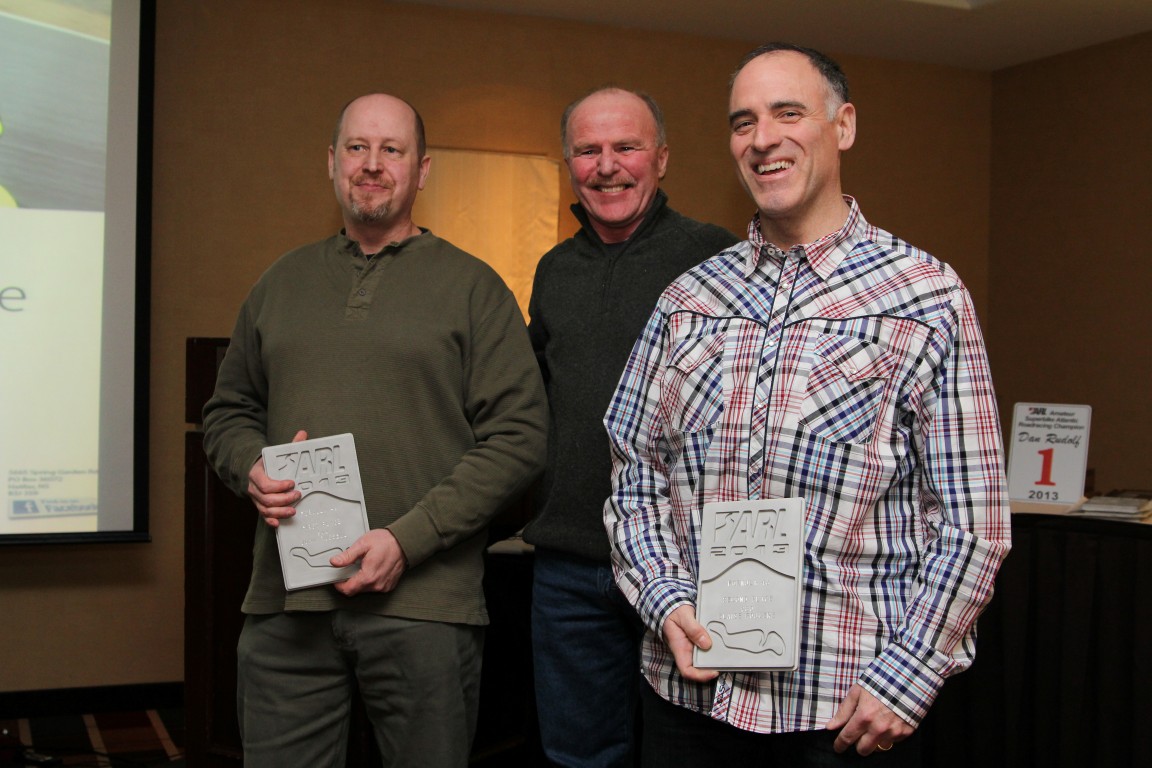 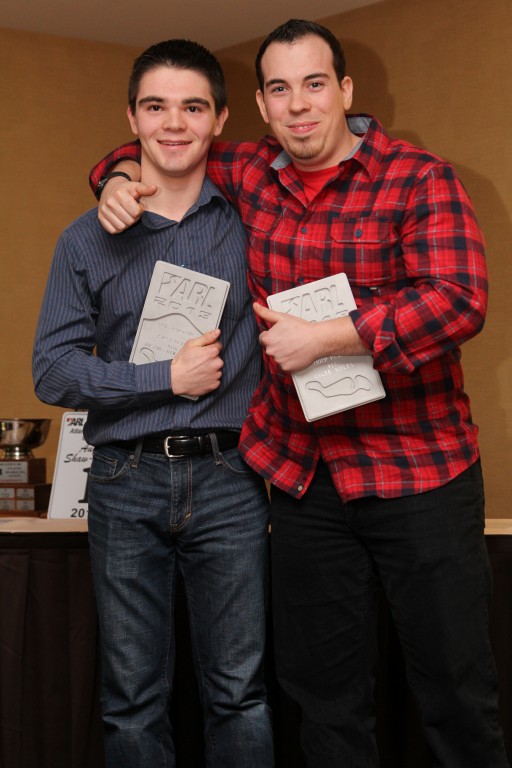 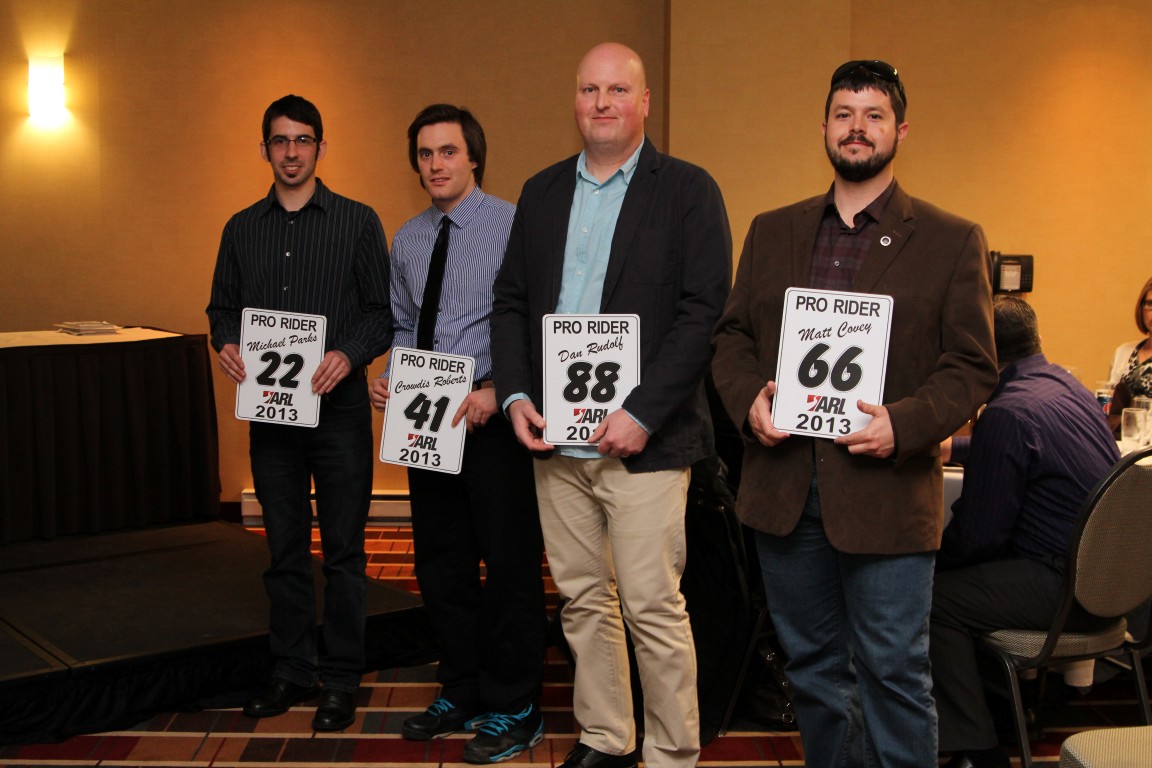 A few of the many Amateur riders who will move up to Pro after getting their ‘black numbers’ in 2013: (from left) Michael Parks, Crowdis Roberts, Dan Rudolf and Matt Covey.