by Greg MacPherson
in News, Uncategorized
0

Riders along the St. Clair river

The 9th annual Ride for Our Cancer Kids (R.O.C.K.) was held in Sarnia, Ontario on July 7 and organizers suggest they would have been hard-pressed to have a better ride.

The weather was absolutely perfect, hovering in the high seventies, with a cool breeze coming off the St. Clair River on the last segment of the route that could almost chill those who had stowed their jackets. 90+ riders ran the 210 km route plus 2 bicyclists from Whistler who came to support their sister and brother-in-law who founded the event. After enjoying a free bbq hosted by the Wallaceburg Optimists at scenic Mitchell’s Bay, they headed to the Stubborn Mule – a local bar for the Finale. 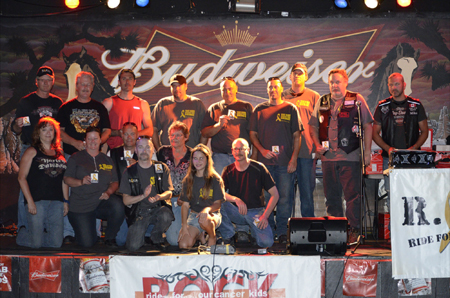 When the band stopped playing, organizers announced that not only had they reached the “Quarter Million Dollars Raised to Date” milestone, but had set a new record. $38,500 was being handed over to Childhood Cancer Canada to fund research at the 17 Children’s Hospitals across Canada. Over $10,000 in prizes donated by local businesses were handed out as door prizes and to the top 25 fundraisers. Eight year old cancer survivor Julia Krause watched her dad with pride as he won Top Fundraiser, bringing in $2500 for the cause. Attendance from local bike clubs was down this year, setting the stage for a new “Club” to win the R.O.C.K. Club Cup. Team Zoe took home the trophy, Zoe being another survivor on hand and her father Jeff being the sole member, raising $1770. Although the event may be small compared to some charity rides, the amounts these riders raise each year is astonishing and shows that bikers lead the pack in fundraising.

The R.O.C.K. or Ride for Our Cancer Kids began as a memorial ride for little Samantha Thomas who lost her battle with Acute Lymphoblastic Lymphoma in 2003, just three days before her third birthday. Her family keeps her memory alive through the event; her name and the R.O.C.K. logo proudly tattooed on both Bob and Lori. They pledge to keep on supporting the fight against cancer until it is beaten, once and for all. For more info, go to www.rockride.com or email bob@rockride.com 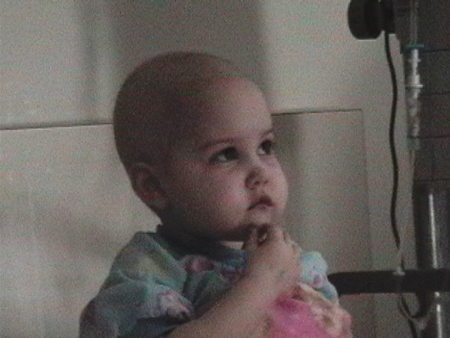