Algarve International Circuit, Portimao, Portugal – Coming off the final corner with the throttle wide open in fourth gear, you click the bike into fifth as you clear the rise onto the main straight. Part way down the one-kilometre straight with the throttle wide open, you steal a glance at the speedometer as you move into sixth gear – 230 km/h and accelerating hard. There isn’t another opportunity to check the speedometer as the bike rockets towards the downhill braking zone that precedes the fast-right-hand corner 1. Fifteen corners later, you find yourself back on the main straight ready to do it all over again, wondering how in the world life could get any better. 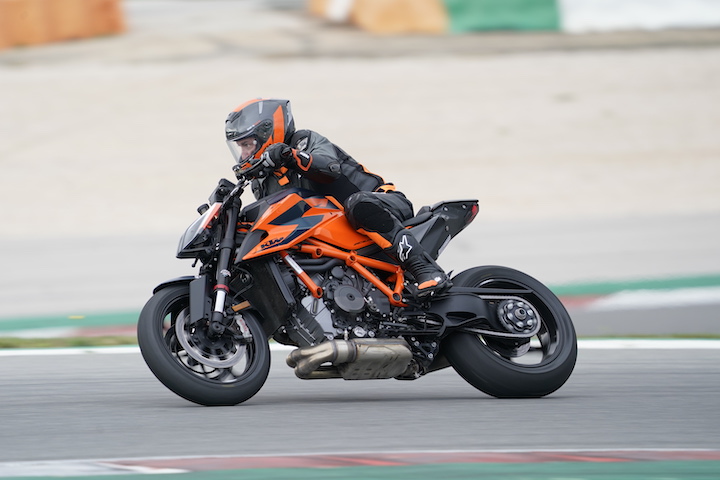 When KTM was looking for a venue to showcase the all-new 2020 1290 Super Duke R, they chose to bring motorcycle journalists from around the globe to the Algarve Circuit in Portimao, Portugal. Described by KTM Ambassador and MotoGP veteran Jeremy McWilliams as one of the most technically challenging tracks in Europe, the almost five-kilometre circuit offers everything you would want to throw at this motorcycle and a whole lot more. While the reality of owning a motorcycle in our country and the limited availability of racetracks means that the majority of Super Duke Rs sold in Canada may never get to spend time on the track, I can’t imagine a better way to experience the raw power and performance that KTM has built into this latest iteration of the Super Duke R, aptly referred to as the “Beast.” 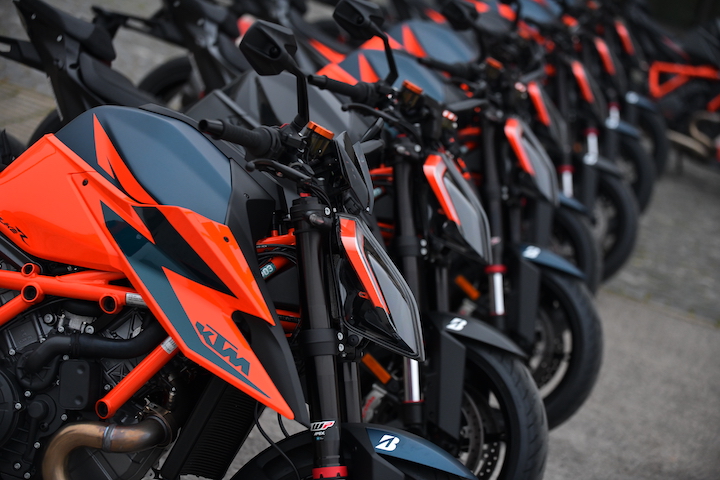 Of course, it wouldn’t be adventure without a few unanticipated issues and in this case it was the absence of my gear bag when we touched down in Lisbon, Portugal that created the challenge of participating in the next day’s testing without any gear. Fortunately, the team from KTM managed to pull together enough spare gear so that by the time we were ready to head out onto the street portion of the test the next morning, I was outfitted from head to toe in KTM orange and ready to go.

Riding along the amazing roads of Portugal and eventually making our way to the incredible oceanside scenery, I was left to wonder how anyone gets anything done in this country, knowing that if I lived here, I would spend the entire day out riding motorcycles and drinking espresso by the sea. 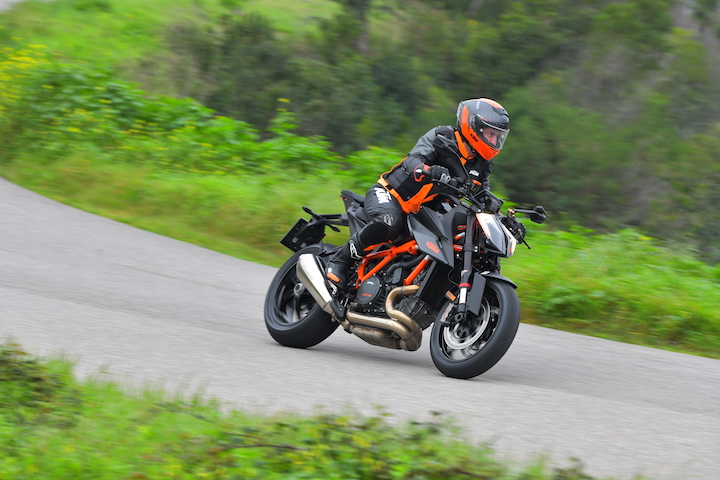 With the morning ride over, it was time to head to the track where we would spend the entire afternoon putting in laps. Over six track sessions – including one on a fully race-prepped version complete with top-of-the-line WP Apex suspension, a full Akrapovic exhaust system and slick tires – the 1290 Super Duke R never failed to impress. Whether your intention would be to ride this bike at 120 km/h on the street or 250 km/h on the track, it’s updated chassis, torque-on-demand powerplant and highly effective, user-friendly electronics package combine to provide one of the most exciting naked sport bikes I have ever ridden.

With testing complete it was, of course, time for my gear bag to finally make an appearance, having spent the last 24 hours making the journey from Newark, NJ to Lisbon and onto the nearby Portimao airport. Oh well, better late than never – in this case just in time for me to drag it along on the 22-hour trip back home the following day. But seriously, this minor inconvenience could never overshadow the absolute thrill of being among the first to ride the all-new 2020 1290 Super Duke R and experience the thrilling adrenalin rush that is the Algarve International Circuit. 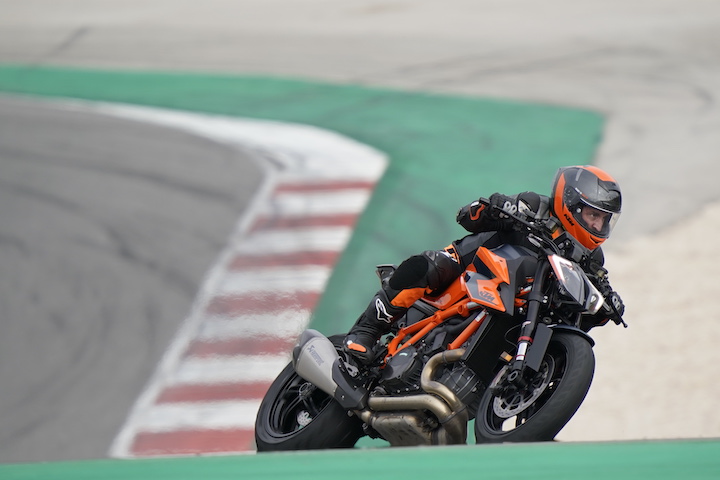 Stay tuned for our in-depth review of the 2020 1290 Super Duke R in an upcoming issue of Inside Motorcycles.