by Steve Hoffarth
in Industry News
0

When I heard that they lightened the dash by a few hundred grams, with that level of attention to detail I knew this was going to be one serious bike. Actually scratch that, I knew well before the press launch that Ducati’s new flagship superbike was going to be momentous. This is after all Ducati with a heritage rich in racing and phenomenal red paint.

The new Panigale V4 is a major pivot for the Italian brand. While the V-twin, or the L-twin as Ducati likes to call it, is still in production and will continue to be developed, the V4 represents the future. Having essentially maxed out the horsepower of the L-twin with the 1299 Panigale and its massive bore of 116 mm with a 11,500 rpm redline, the quest began for the “twin” objectives of more power while retaining the character of the L-twin. 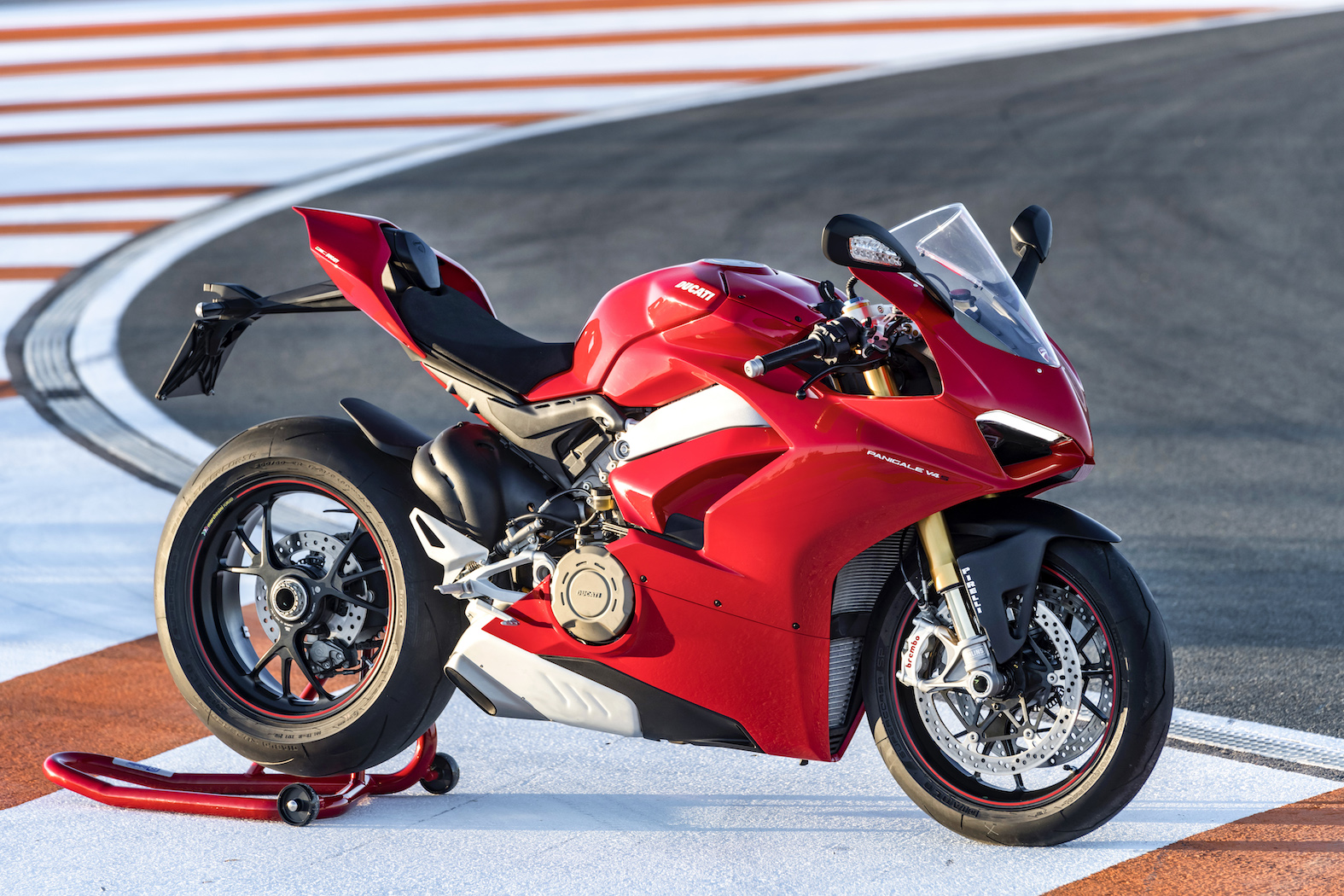 Visually, the V4 is a stunning new motorcycle, winning best looking bike at the EICMA November 2017 show. It also produces a reported 214 hp and weighs in at 195 kg (dry) with a power to weight ratio of 1.1:1. A complete host of electronics including traction control, wheelie control, slide control, engine brake control, ABS with cornering ABS, electronic suspension, quick shifter, and power launch help control the V4. Overwhelmed yet? Admittedly it’s a lot but adjusting all the electronics with the left handle bar switch gear, that interfaces nicely with the attractive five-inch TFT display, is the most user-friendly system I’ve experienced so far. 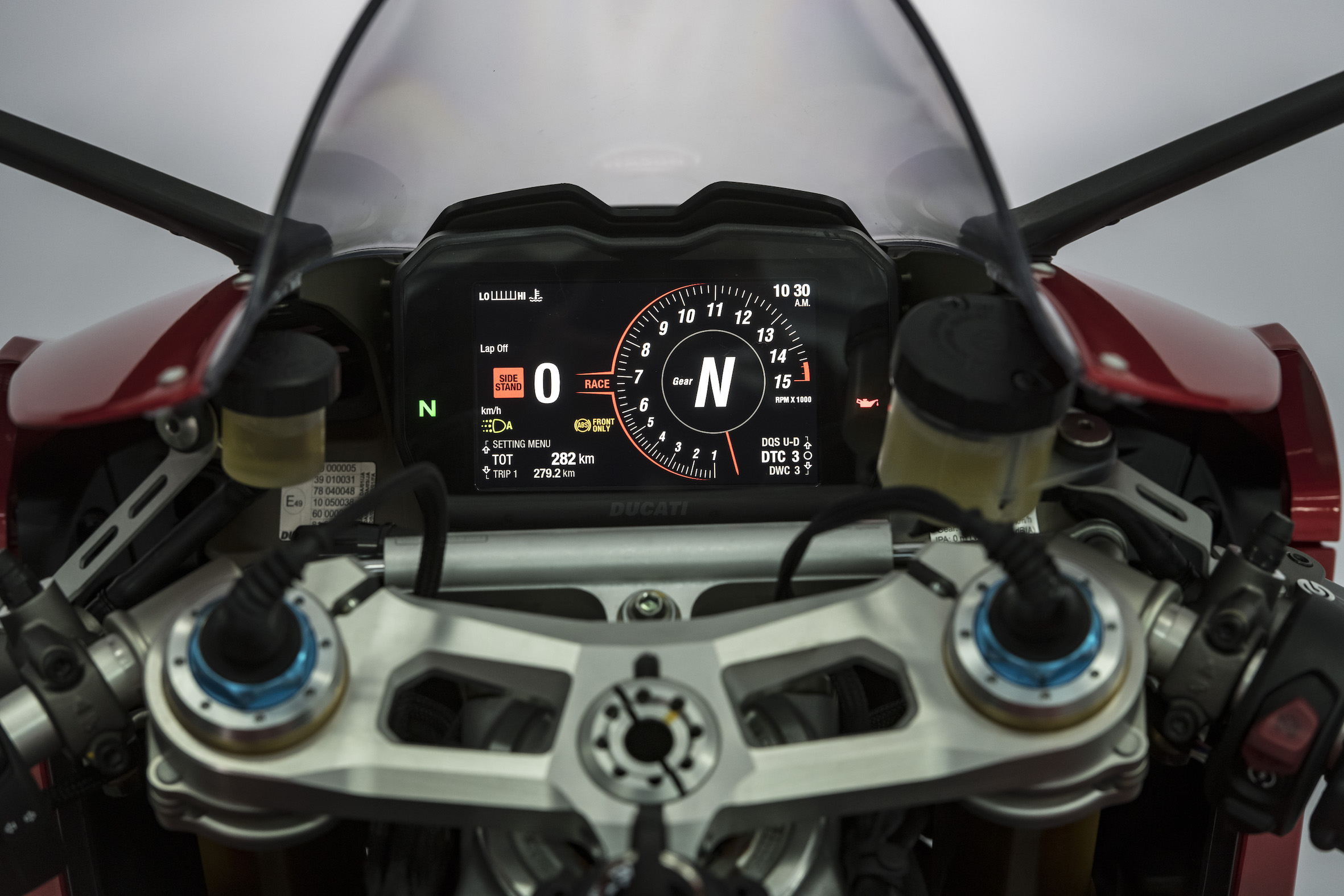 The V4 has three versions available: base, S and the limited edition Speciale.  We tested the S model that comes with the latest from Ohlins front and back (electronically controlled) and Marchesani 3-spoke forged aluminum wheels that reduce weight. The stopping power comes via Brembo’s Monobloc Stylema (yes, it gets even better than the Brembo M50s, the new ones are lighter without losing strength).

The magnitude of this Ducati project and its importance to the brand’s future is obvious.

So how does it work? We went to Ricardo Toma circuit in Spain to find out, leaving minus 23 degrees in Toronto for plus 23 degrees in Valencia in the middle of January. The track is as smooth as carpet, wide but tightly configured with a long front straight. In fact, it’s widely regarded as the tightest track on the MotoGP schedule. While the tight configuration places tremendous physical demands on the rider I get the impression it would be a great circuit for its fans.  Ducati claims it has chosen this location for that very reason. “We know the bike is fast, but we want to impress upon you just how well it handles and how well developed the electronics are.”

The sheer forward propulsion is nearly sinful when rolling on the throttle of the Desmosedici Stradale V4 engine which features a MotoGP derived reverse spinning crankshaft. Two-hundred-and-fourteen hp is a big claim by Ducati. While I expect the rear wheel Dyno number will be lower, this may very well be the highest hp four-cylinder production superbike ever. Superbike purists will call it a cheater with 100 cc advantage over the competition, but if you are doing track days or street riding (and not racing) does it really matter?

The handling is surprisingly nimble. Initial turn in is quick, mid corner is solid and the bike finishes the corner well. The side to side transitions are easy, in fact it feels more like a 600 unless you are on the gas then there is no mistaking that this is a litre (ish) bike. 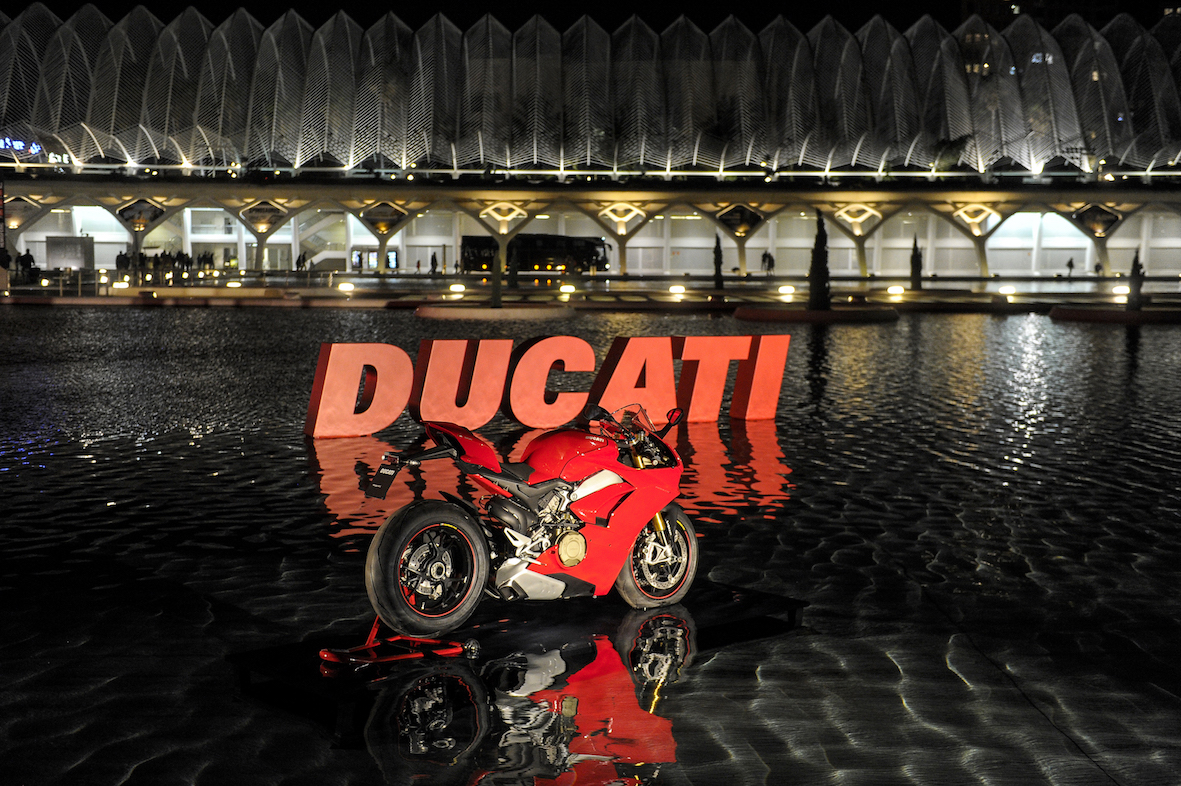 Stylish, fast, with great electronics and impressive handling. The pivot Ducati made with the Panigale V4 is a winner and the bike is now favoured in the superbike wars. All this does come at a cost though and a steep one. The base model starts at $24,195, $31,196 for the S and $49,995 for one of the 1,500 limited addition units.

ANLAS CONTINUES TO INVEST IN INNOVATION AND MARKETING

ANLAS CONTINUES TO INVEST IN INNOVATION AND MARKETING