Hundreds of patrons packed the room to toast the 2013 Hall of Fame inductees.

The 2013 Canadian Motorcycle Hall of Fame Induction Banquet and Reunion was held on Saturday, November 2 at the Delta Meadowvale Hotel and Conference Centre in Mississauga, ON. A total of 10 people and one event were inducted into the Hall of Fame, with the flat track community really having a celebratory night. Don Hatton, John Parker, Dave Sehl and Peter Grant were all stars of the dirt in their day (Parker still races), while Niagara Motorcycle Raceway announcer Wes Pierce was also inducted for his career as announcer at the legendary quarter-mile dirt track.

Sit back and enjoy a photo recap from a wonderful event that included impressive historical displays, a huge silent auction, a fine dinner and a chance to witness some Canadian legends get their due respect. Thanks to the Canadian International Motorcycle Heritage Museum Foundation, the Canadian Motorcycle Hall of Fame and the Motorcyclists Confederation of Canada for putting on a stellar event. Watch for tickets for the 2014 ceremony, which will be held in Edmonton, AB. 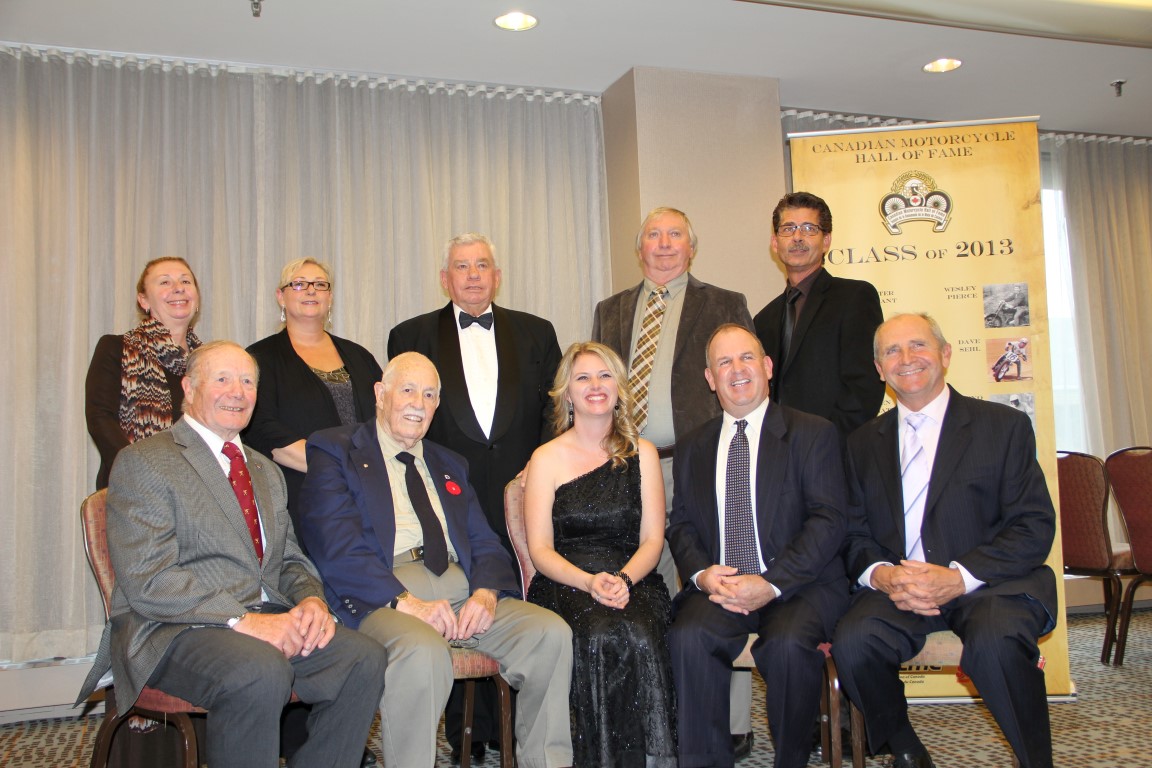 The inductees pose for a photo opp the pre-event reception. 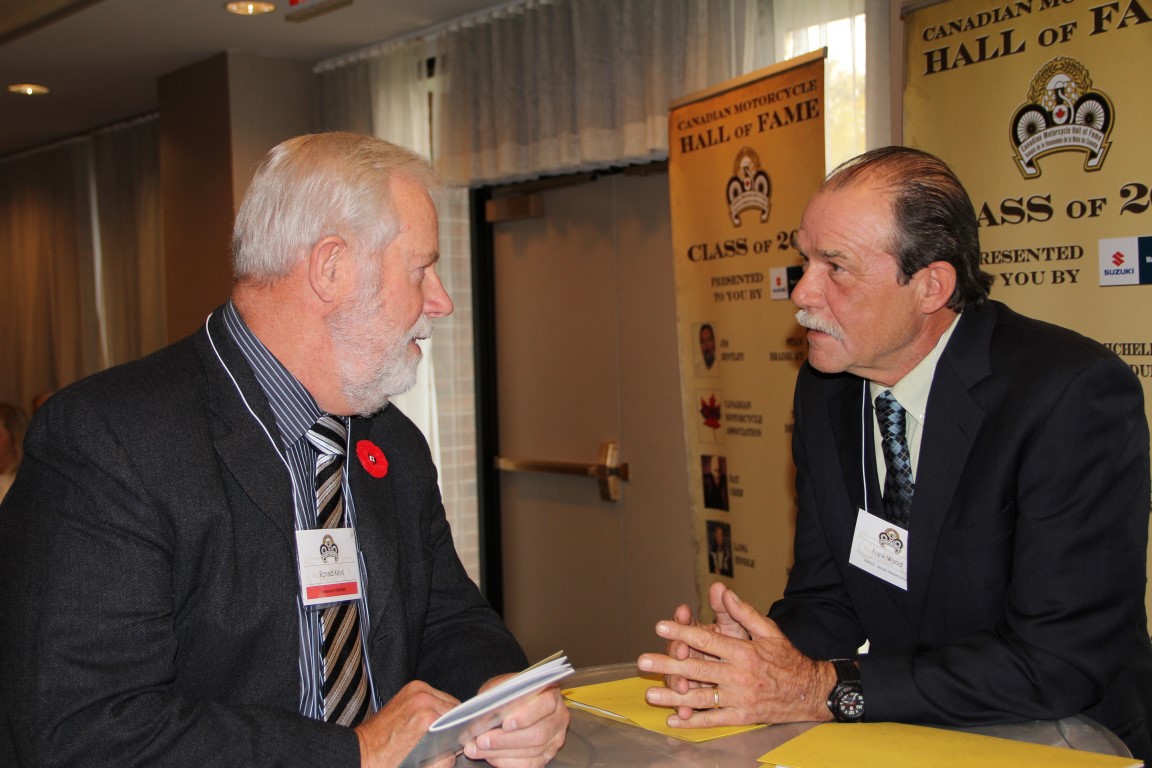 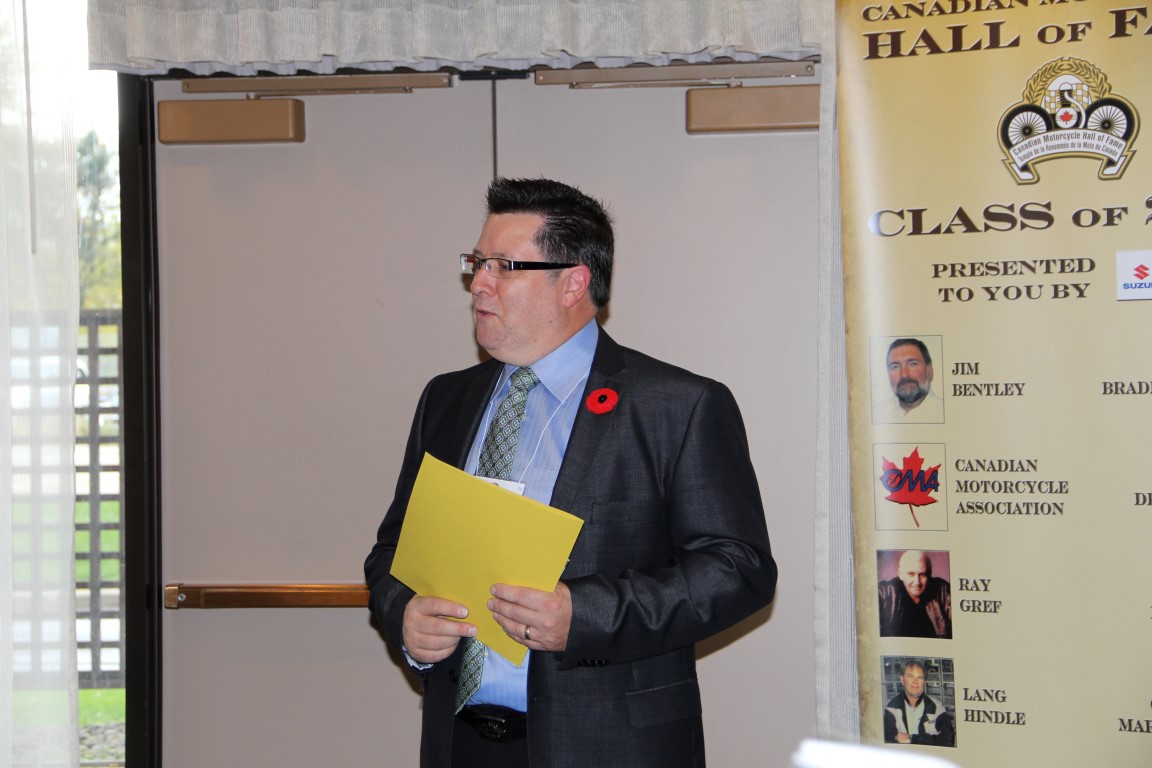 Michael Harwood, Canadian Motorcycle Hall of Fame Acting Chair, greets the crowd at the pre-induction reception. The reception was attended by past inductees as well as all of the 2013 inductees and immediate family. 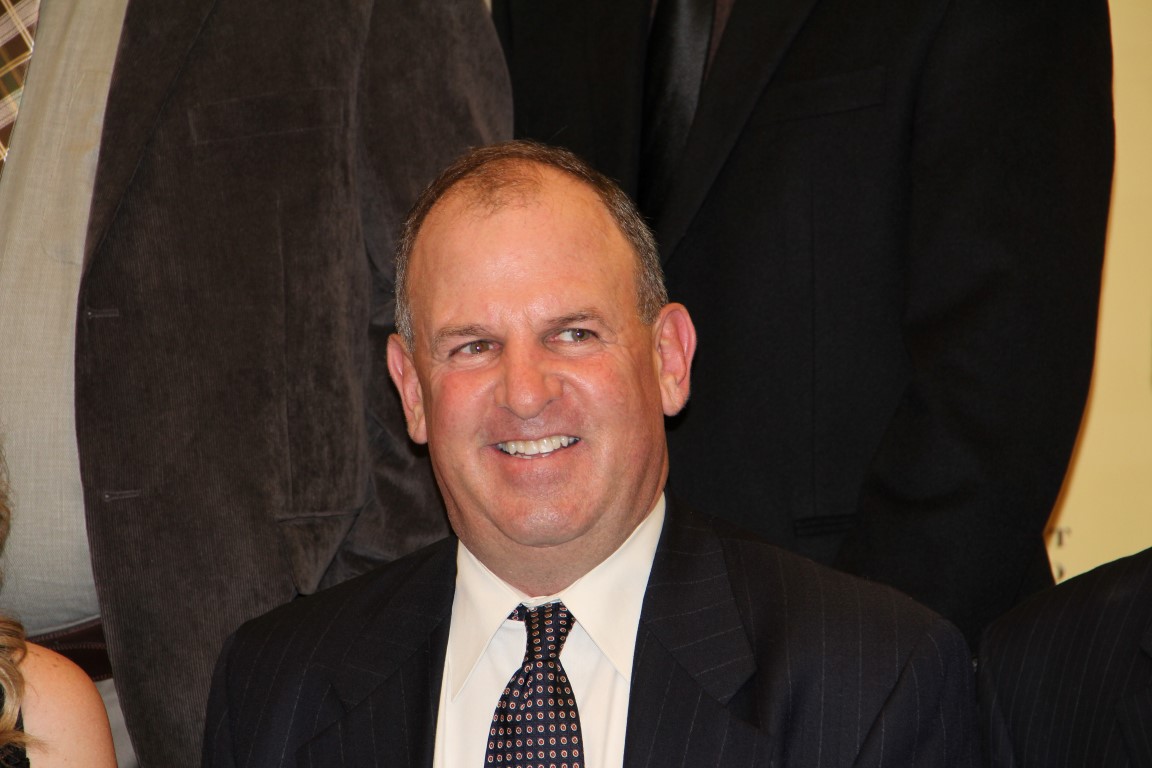 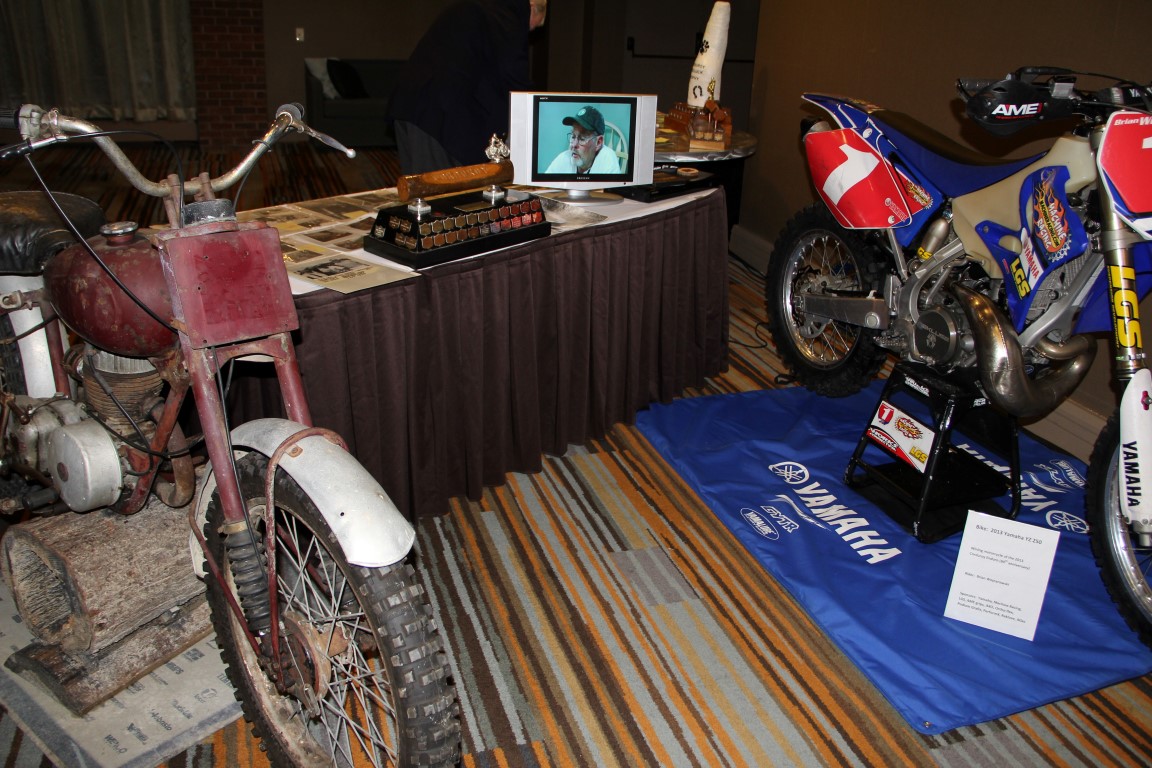 The Corduroy Enduro, now in its 60th year, was inducted into the HoF and had a display outside the banquet hall. 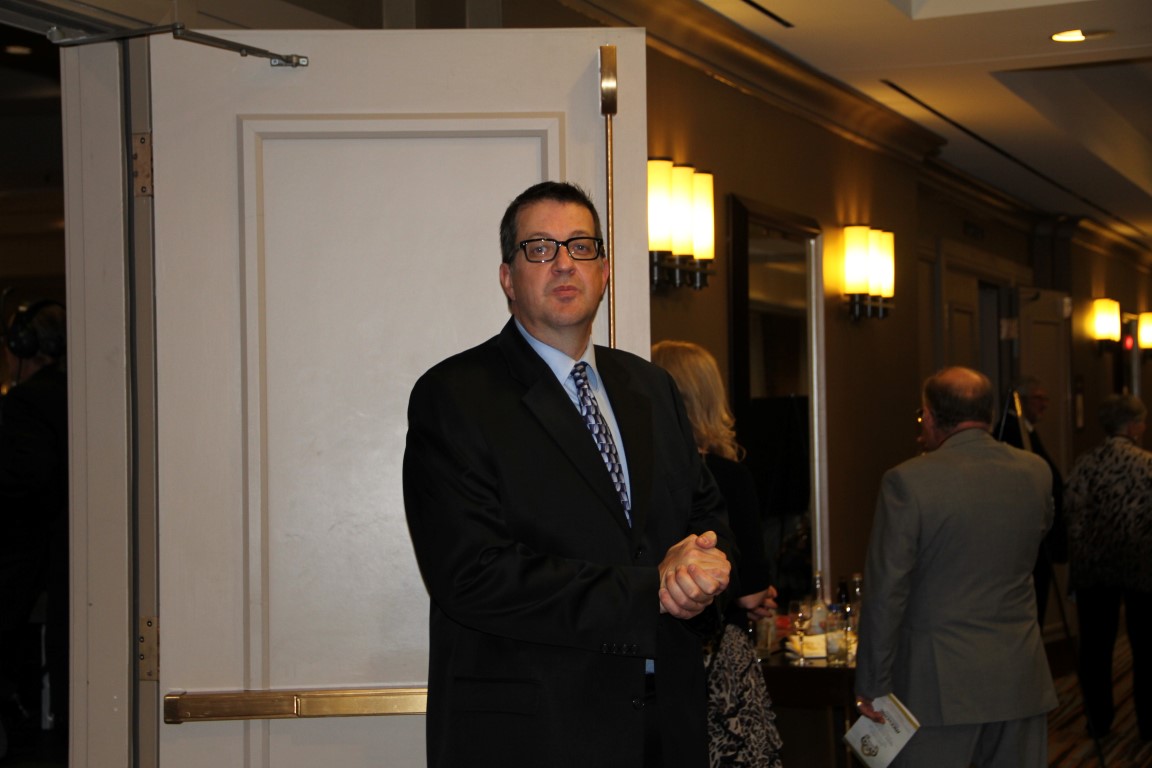 MCC President Daniel Tessier (looking much more intimidating than he actually is) was on hand to mix, mingle and greet inductees and patrons. 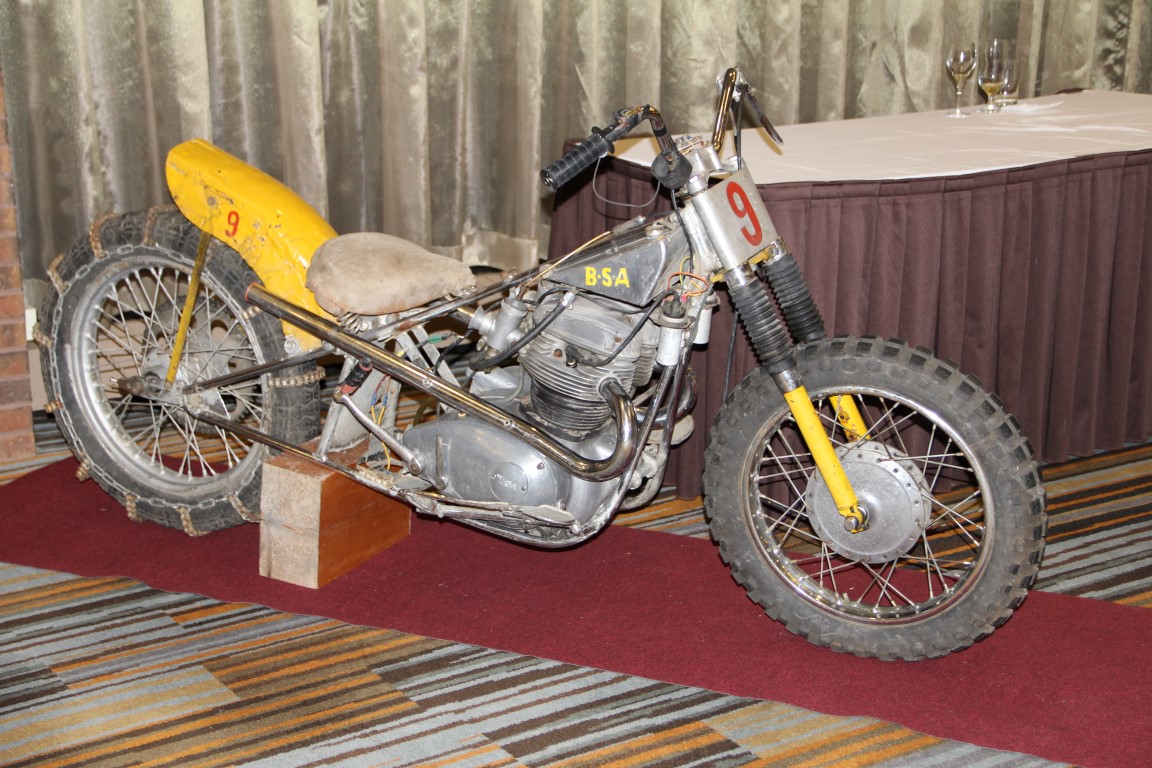 One of the late Ken Hatton’s hillclimb bikes from the late 60s/early 70s was on diplay. Hatton was an inductee this year. 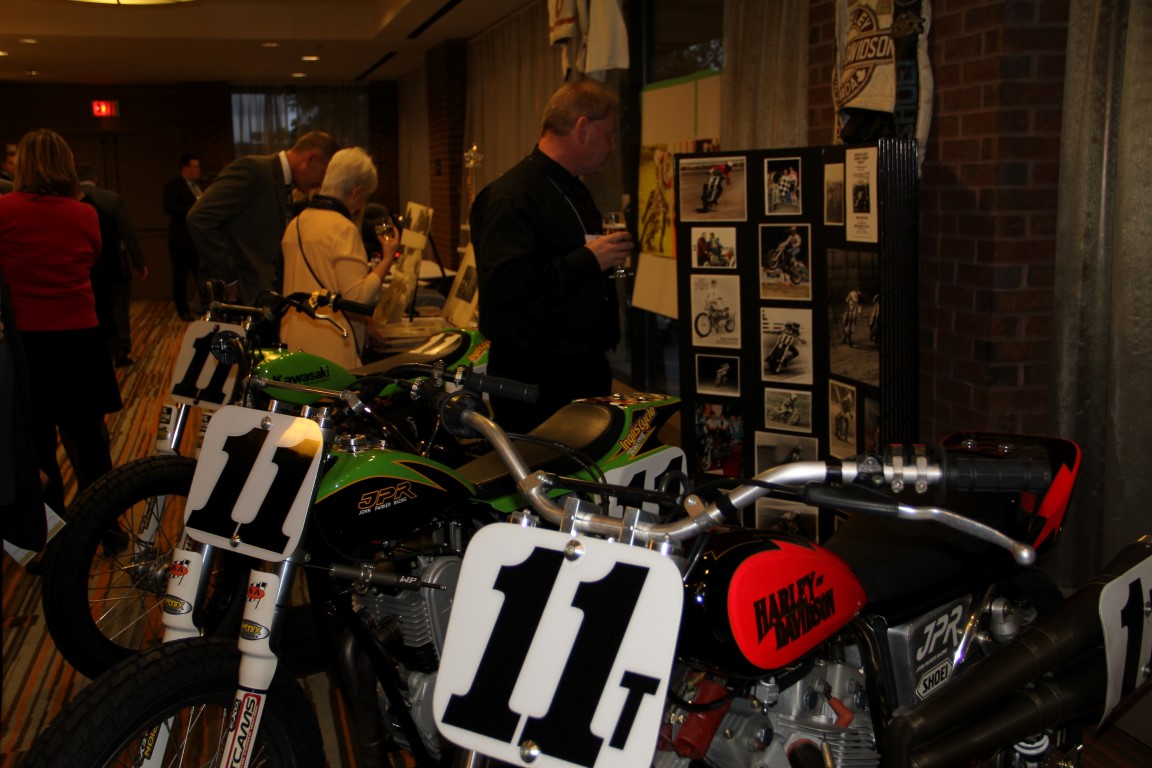 John Parker brought a trio of flat track bikes to display in the foyer outside the banquet hall. 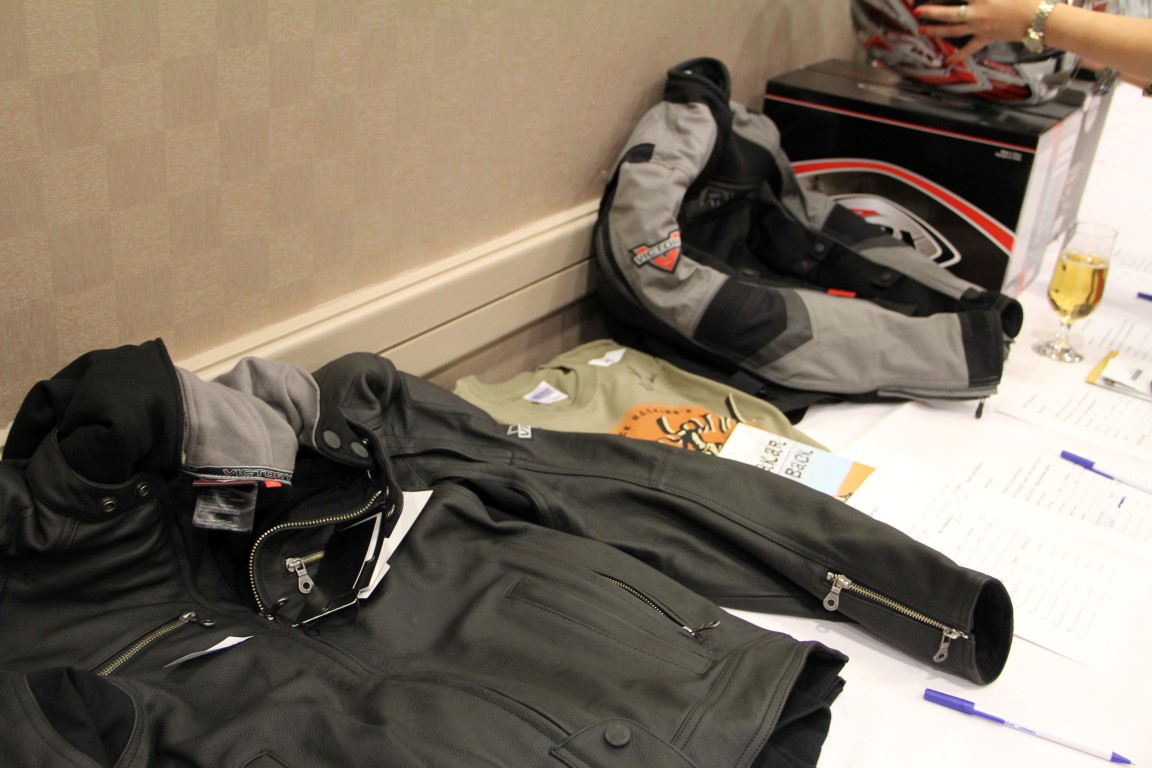 The silent auction brought in thousands of dollars thanks to items donated from the likes of Triumph, BMW, Riders Choice, Harley-Davidson, Inside Motorcycles and individuals like inductees Peter Grant and John Parker, Lawrence Hacking and Peter Starr. 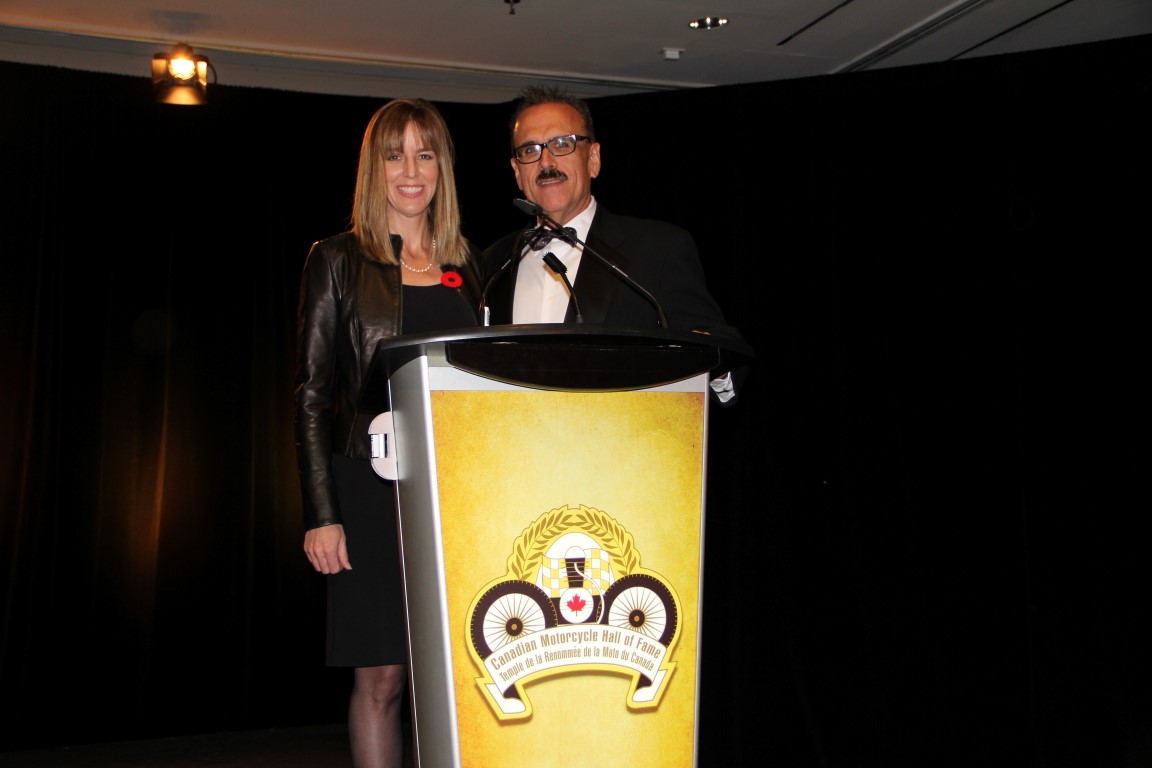 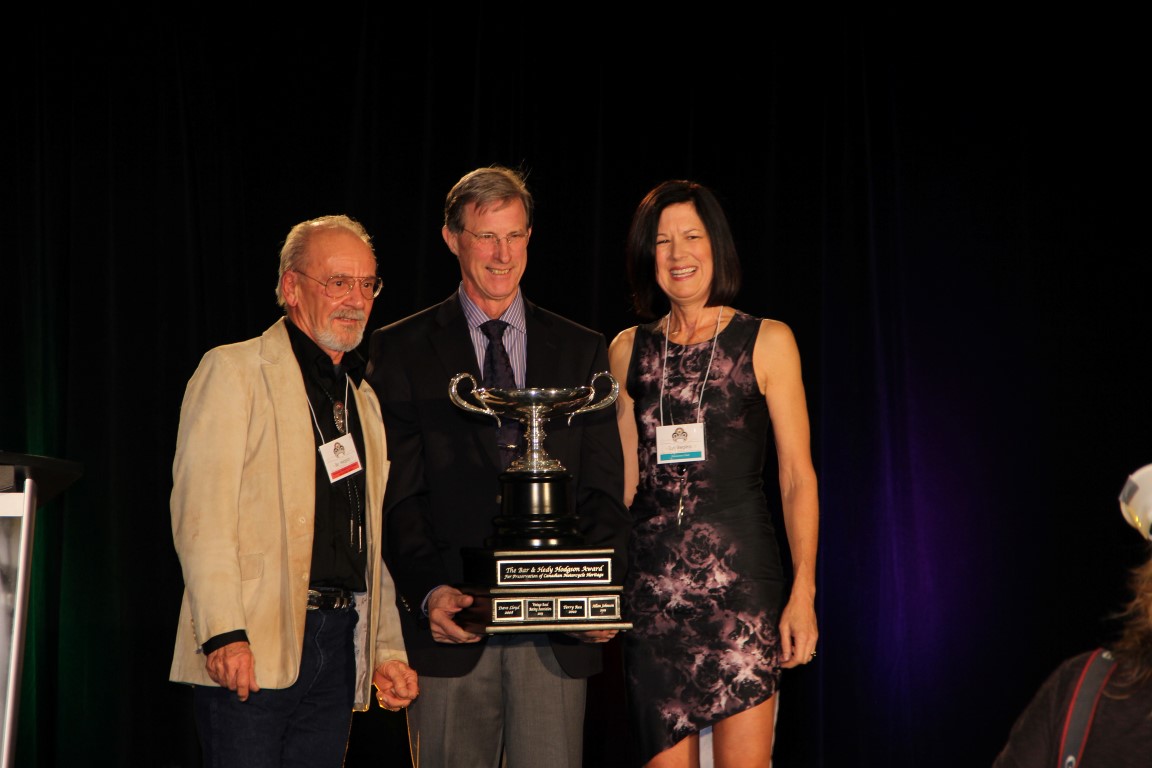 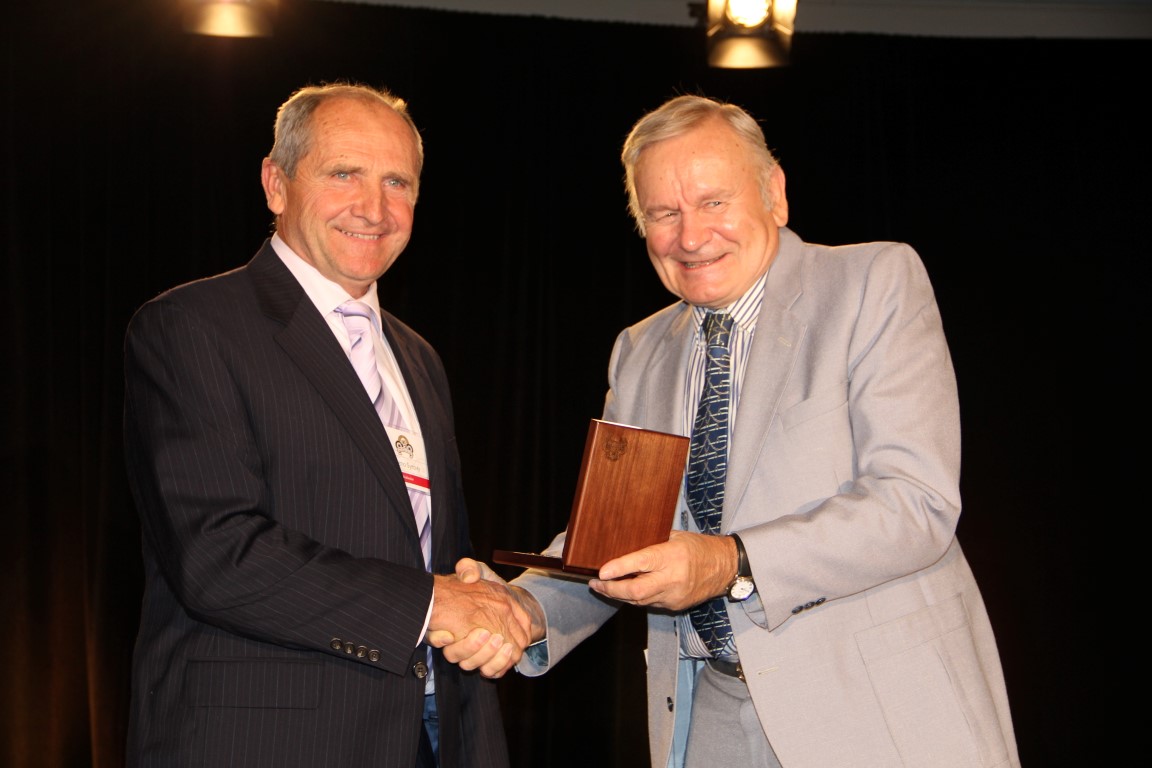 Zdeno Syrovy (left), namesake of the legendary Zdeno Cycle Salvage in Kitchener, ON, was one of the night’s first inductees. The Czech-born Syrovy was visibly moved by the honour during his brief acceptance speech. 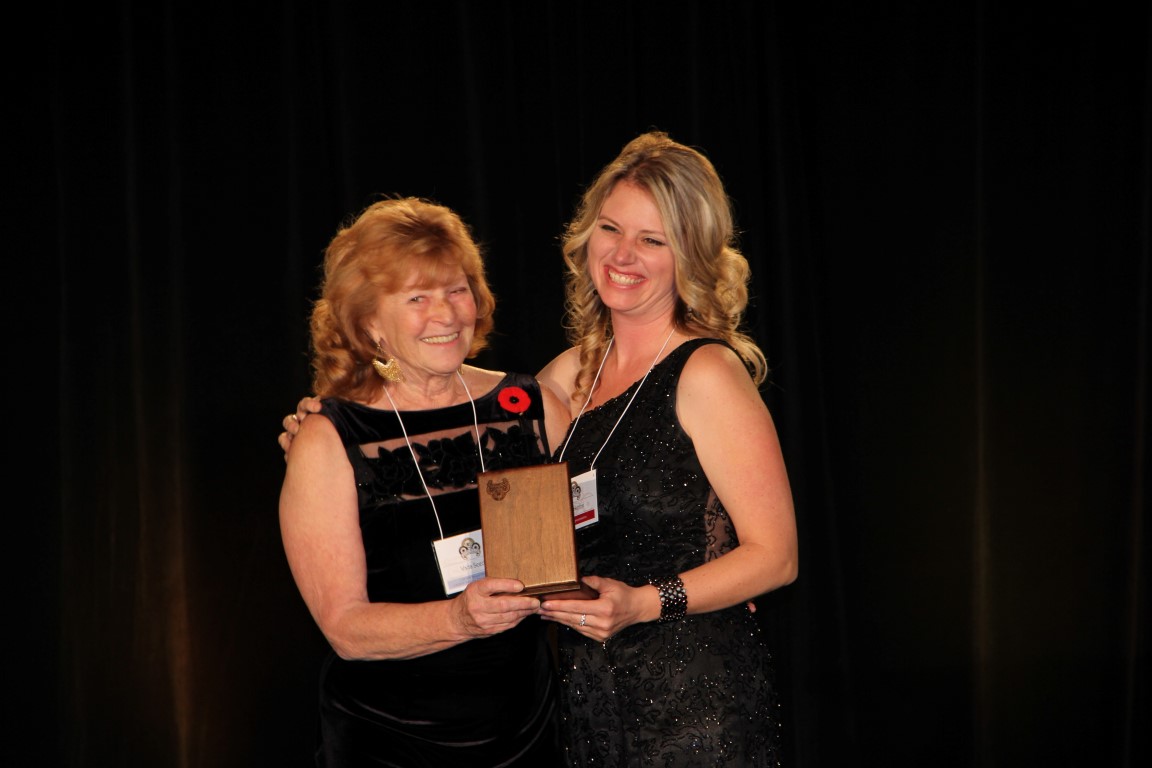 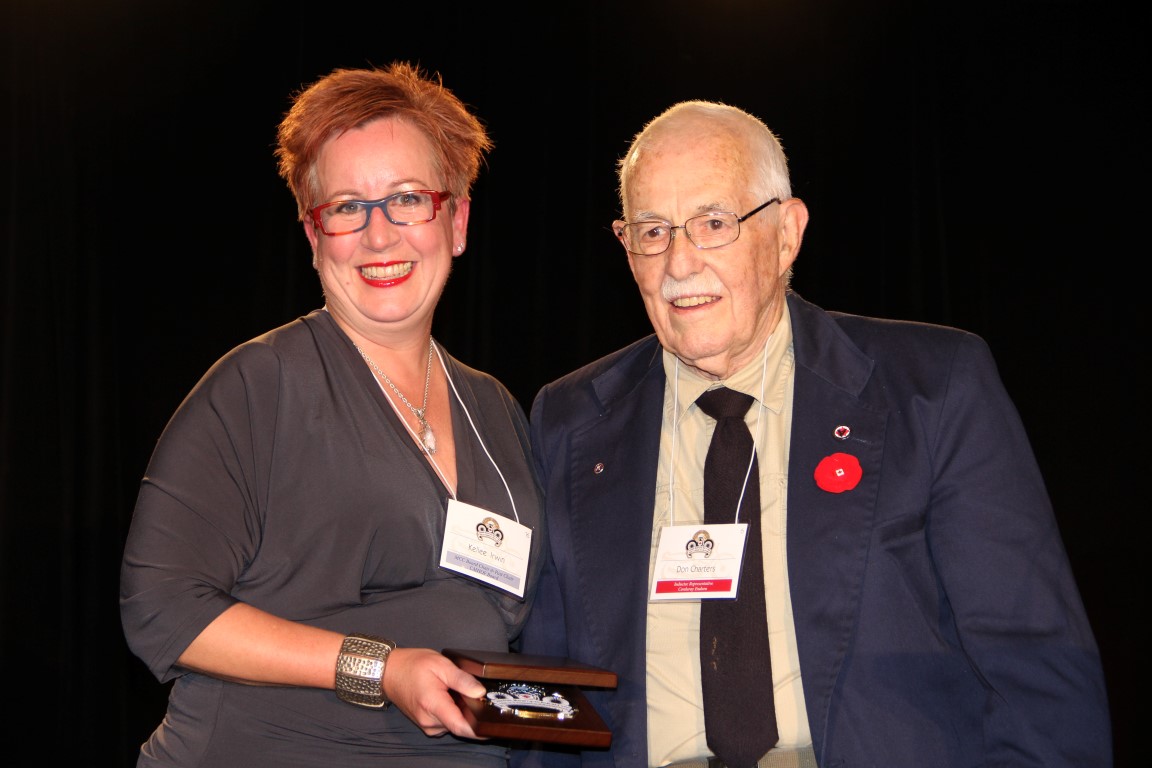 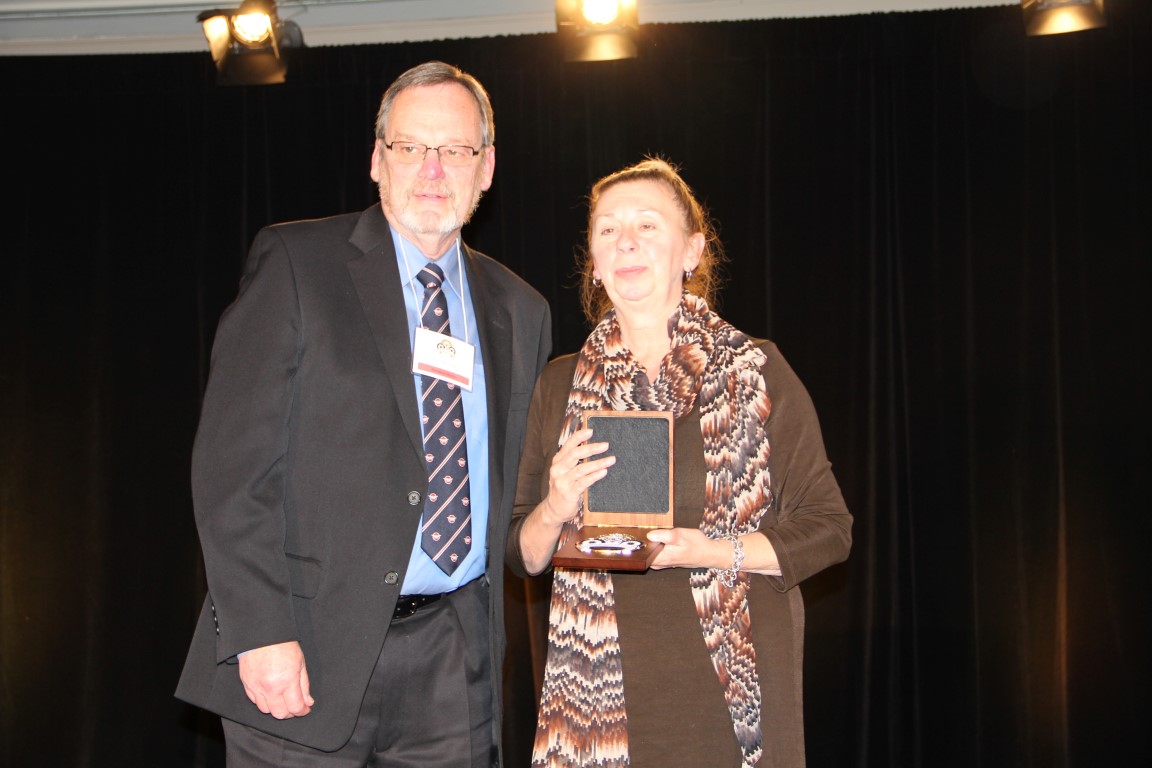 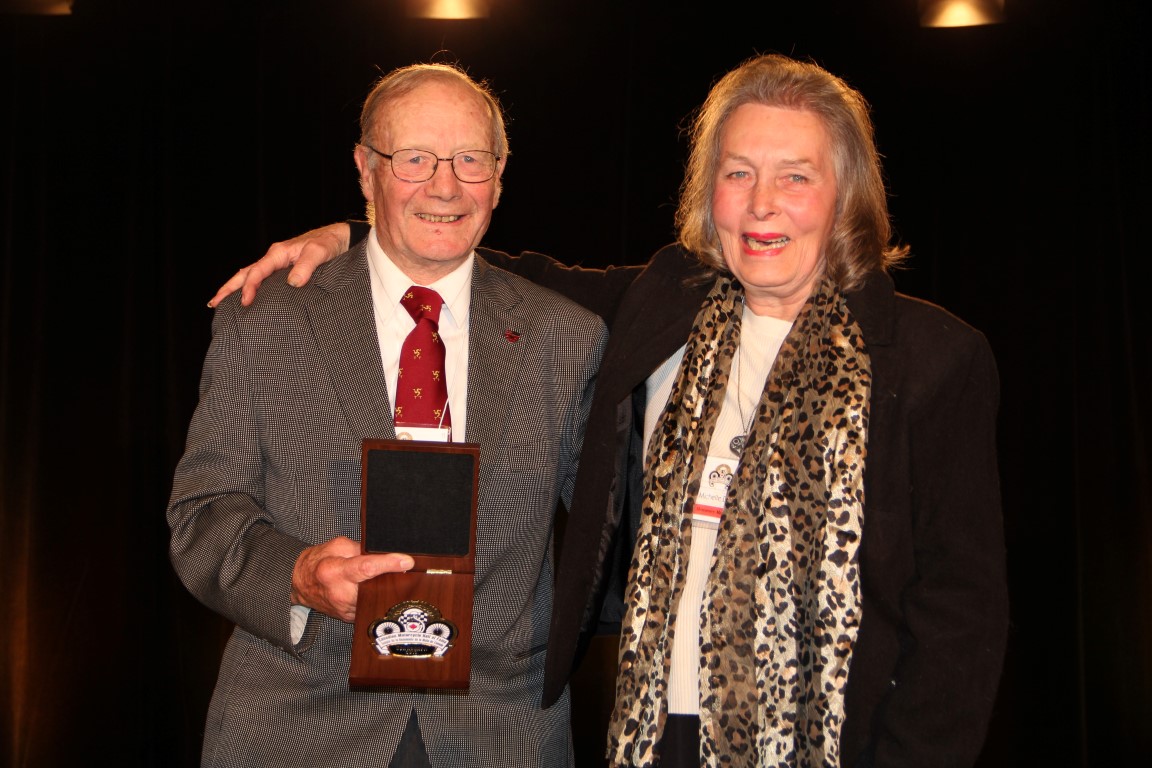 Don Haddow was presented with his award by the legendary Michelle Duff. 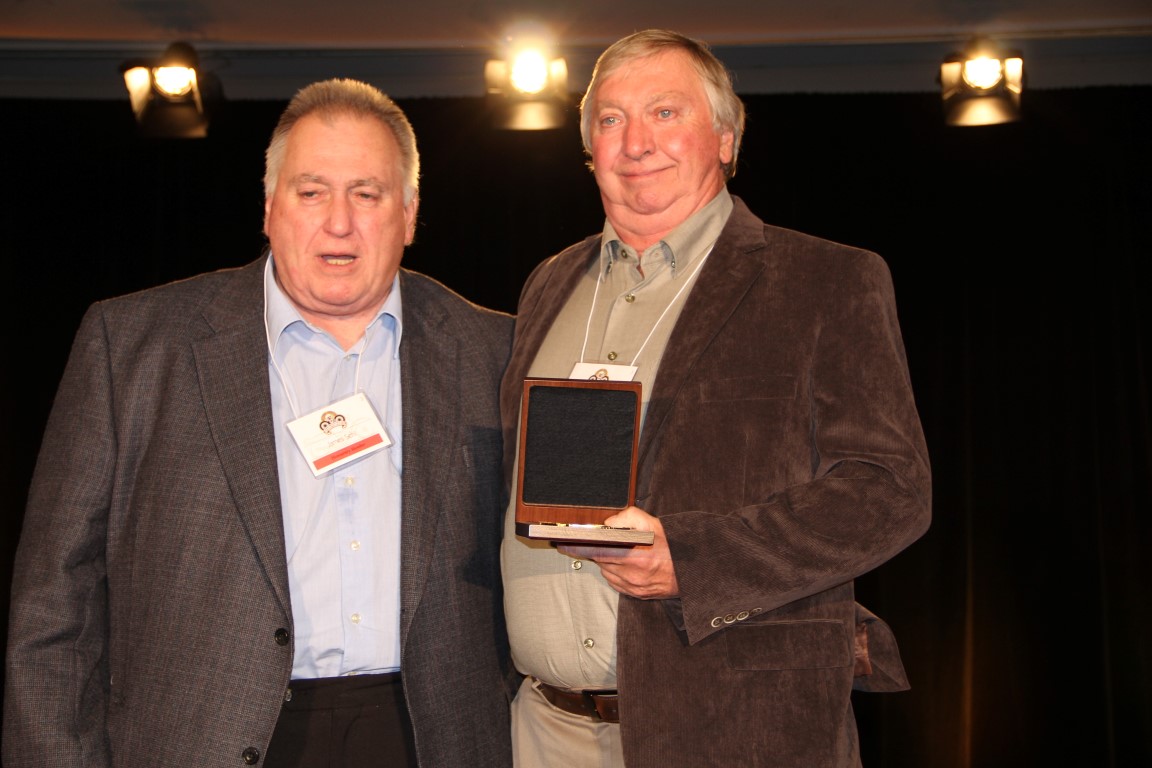 Flat track superstar Dave Sehl (right) was one of the top racers of the late 60s and early 70s, proving to be a dominant racer on the half-mile in AMA competition and winning many CMA championships here at home. 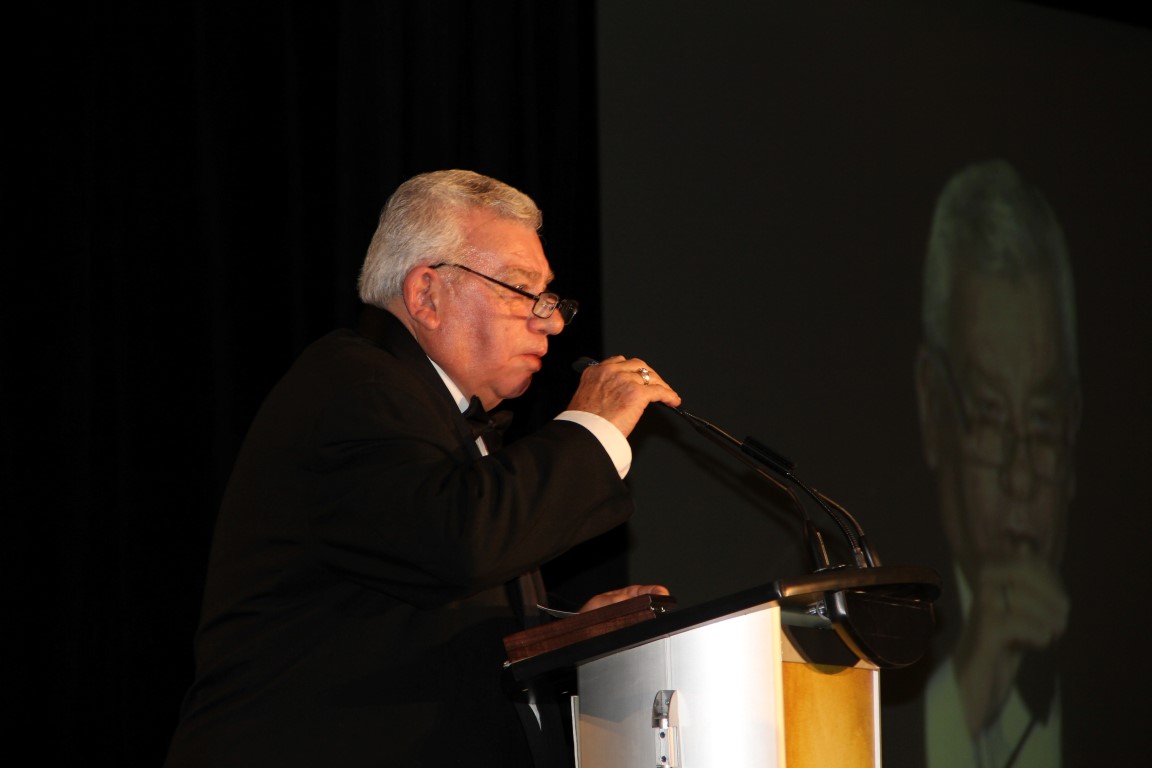 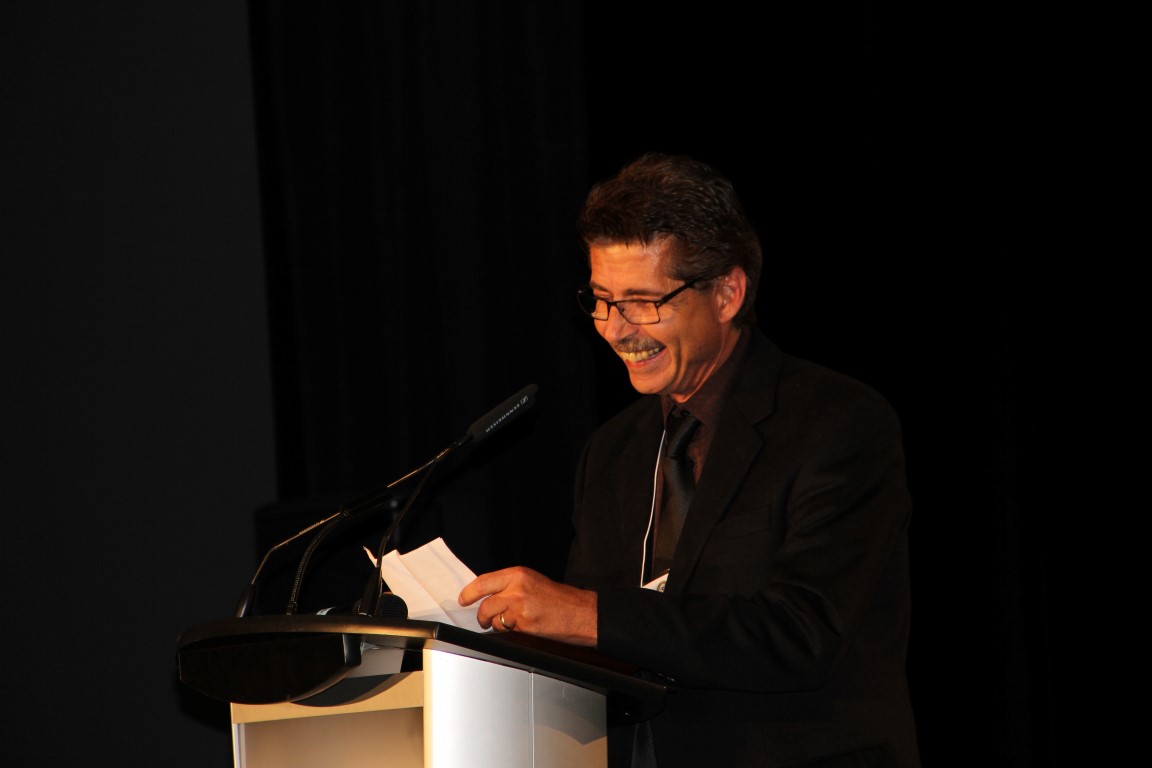 John Parker took home the unofficial ‘longest speech’ award as he thanked everyone (and we mean everyone!) who helped him out during his impressive (and continuing) flat track career that has spanned over 35 years. 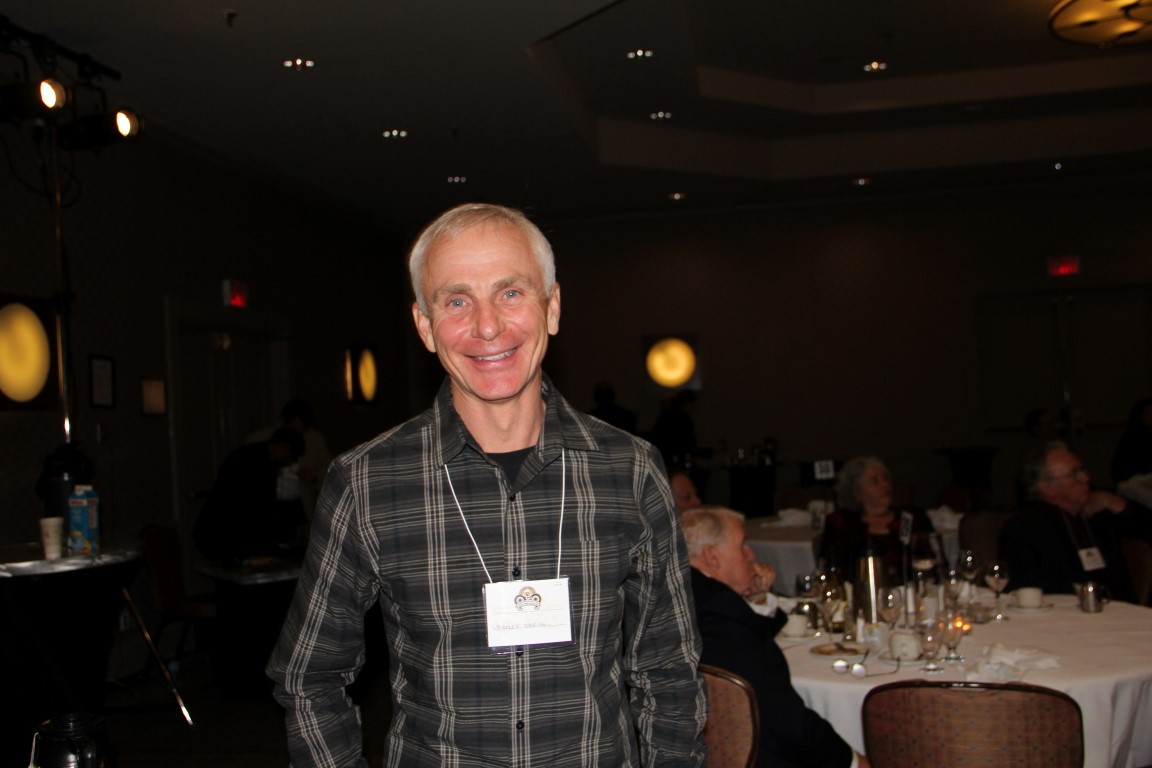 Among the distinguished guests at the eighth annual Canadian Motorcycle Hall of Fame Induction Banquet and Reunion were Lawrence Hacking, former Dakar competitor… 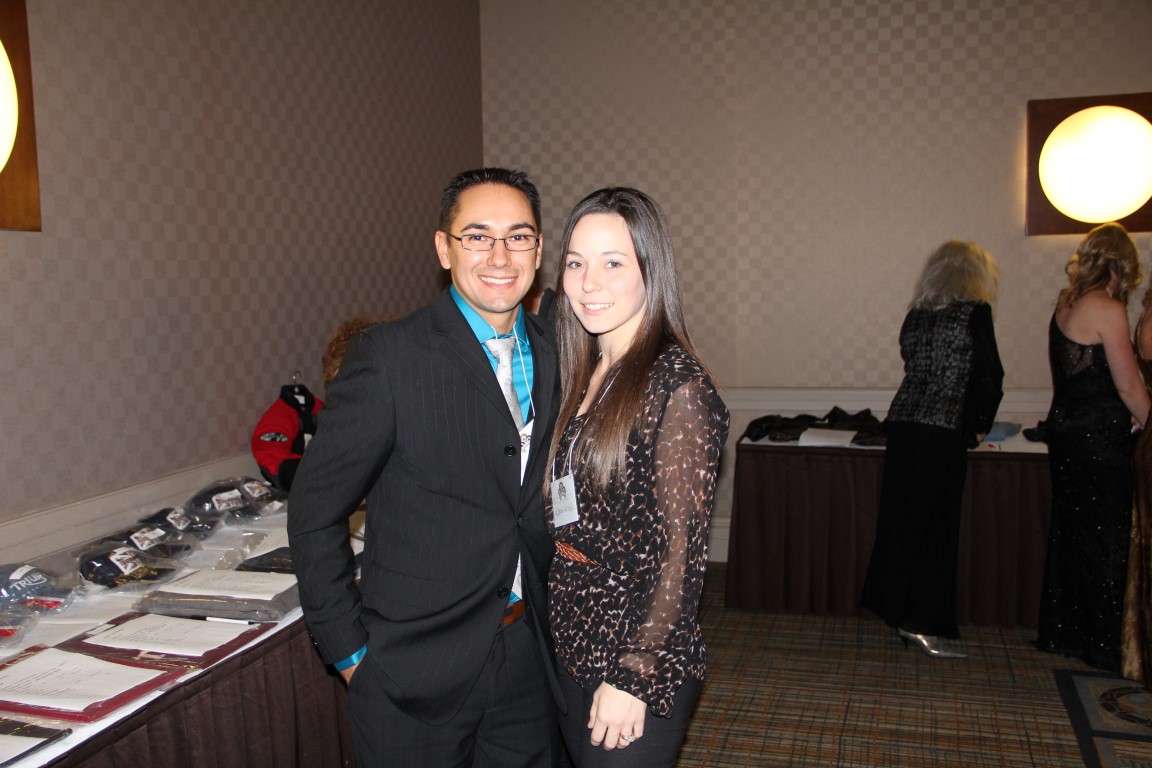 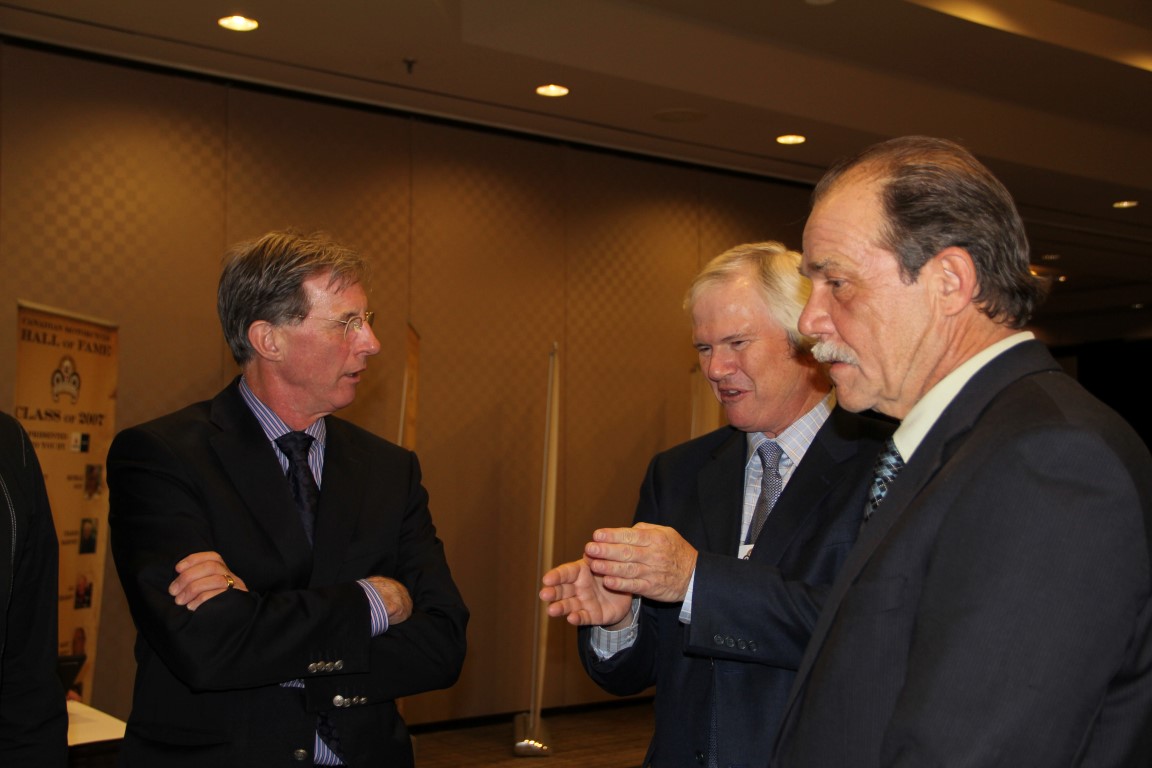 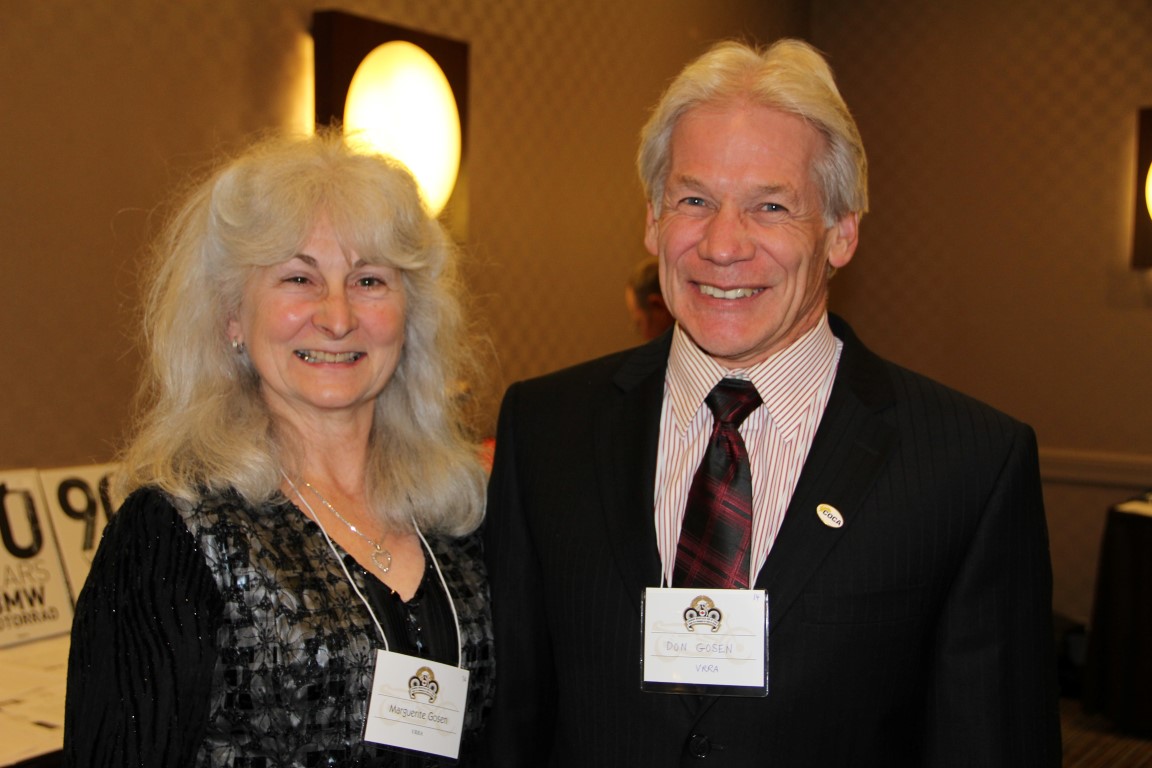 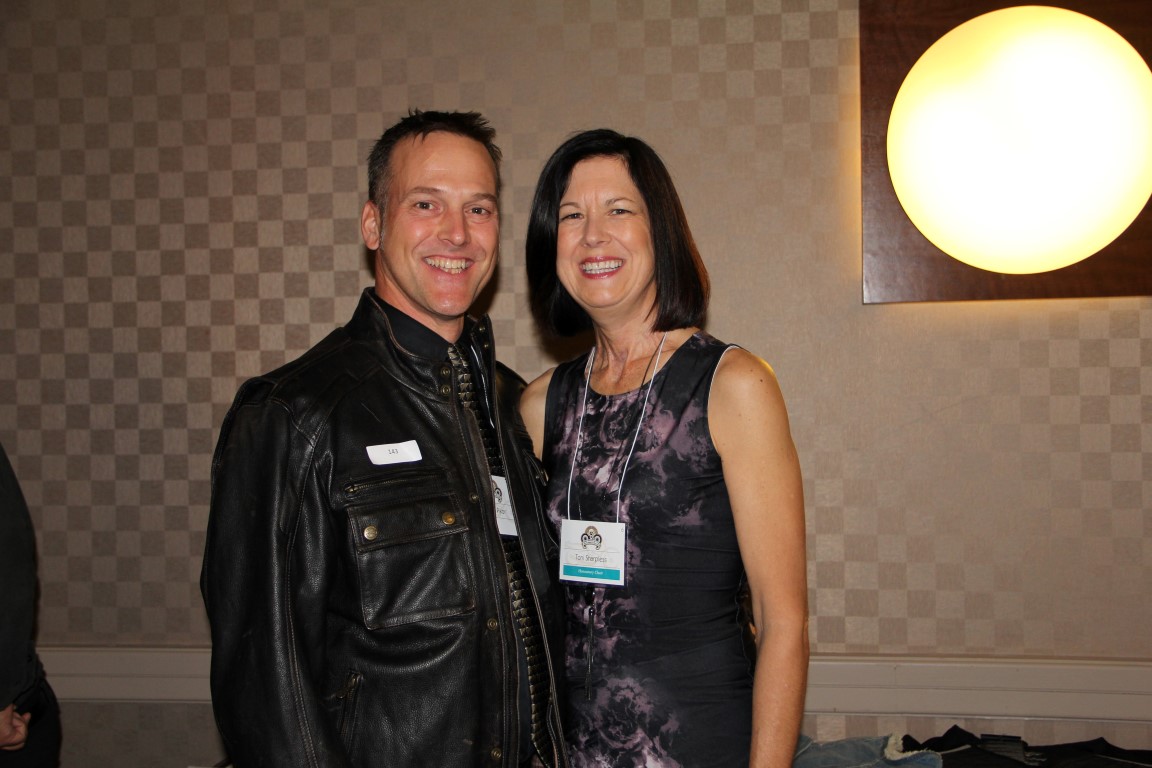 … yet another Inside Motorycles writer, Toni Sharpless, with husband Jamie Pikor (who’s trying on one of the jackets being auctioned)… 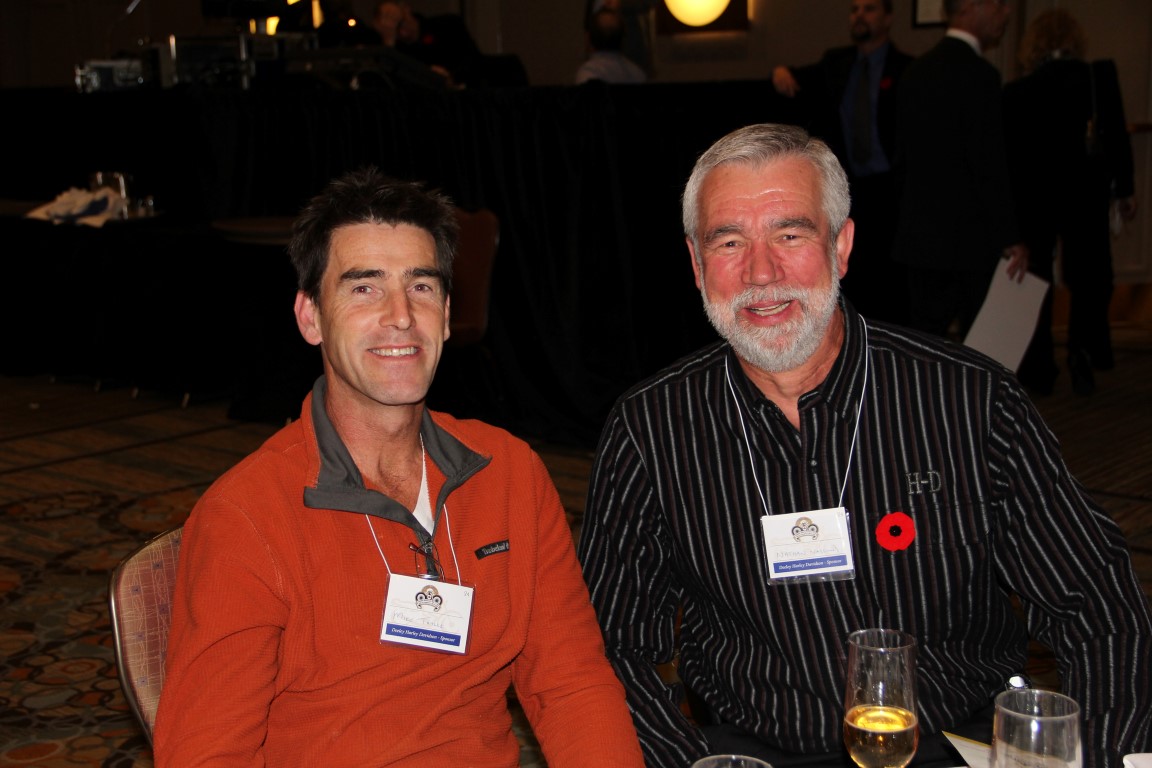 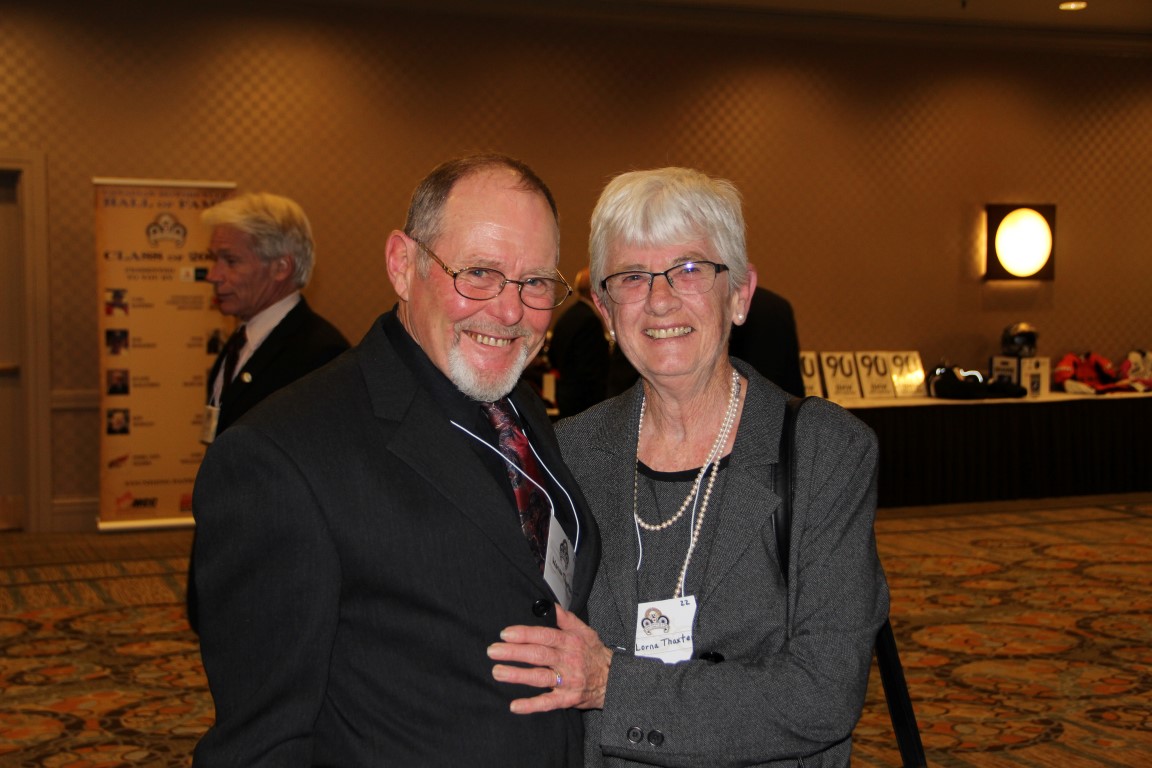 … and Warren Thaxter (yes, another Inside Motorcycles writer!) and his lovely wife Lorna. 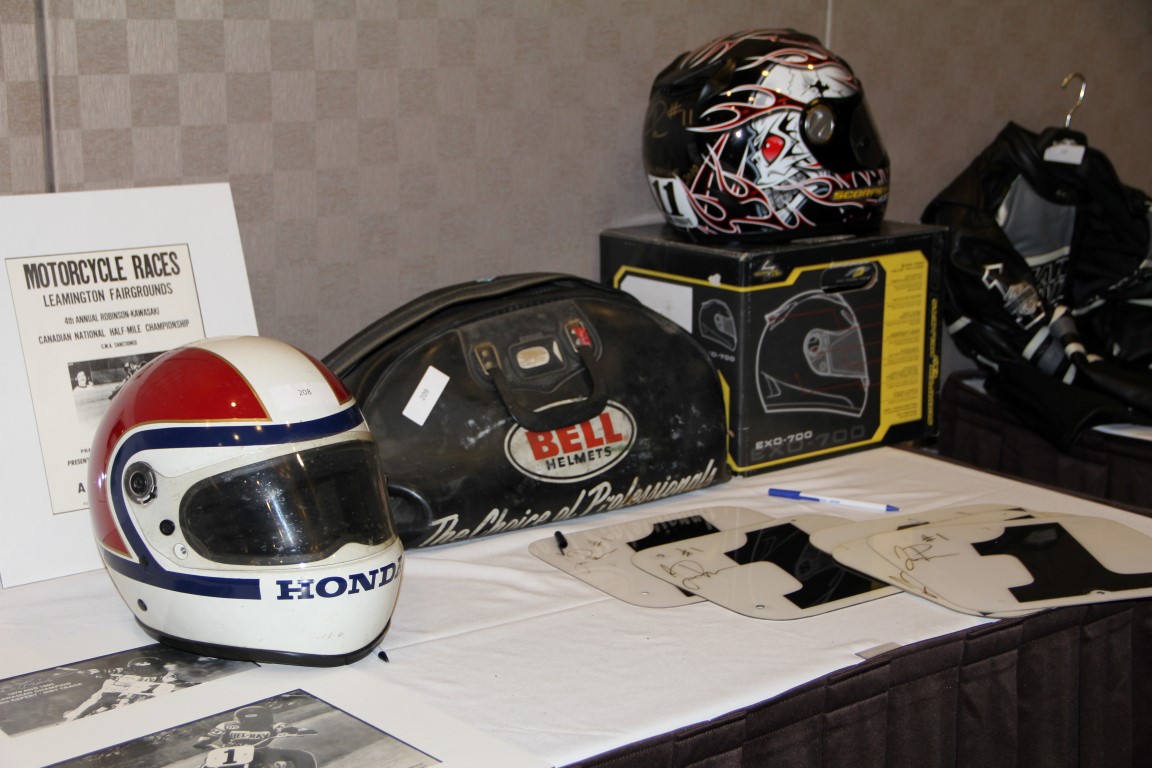 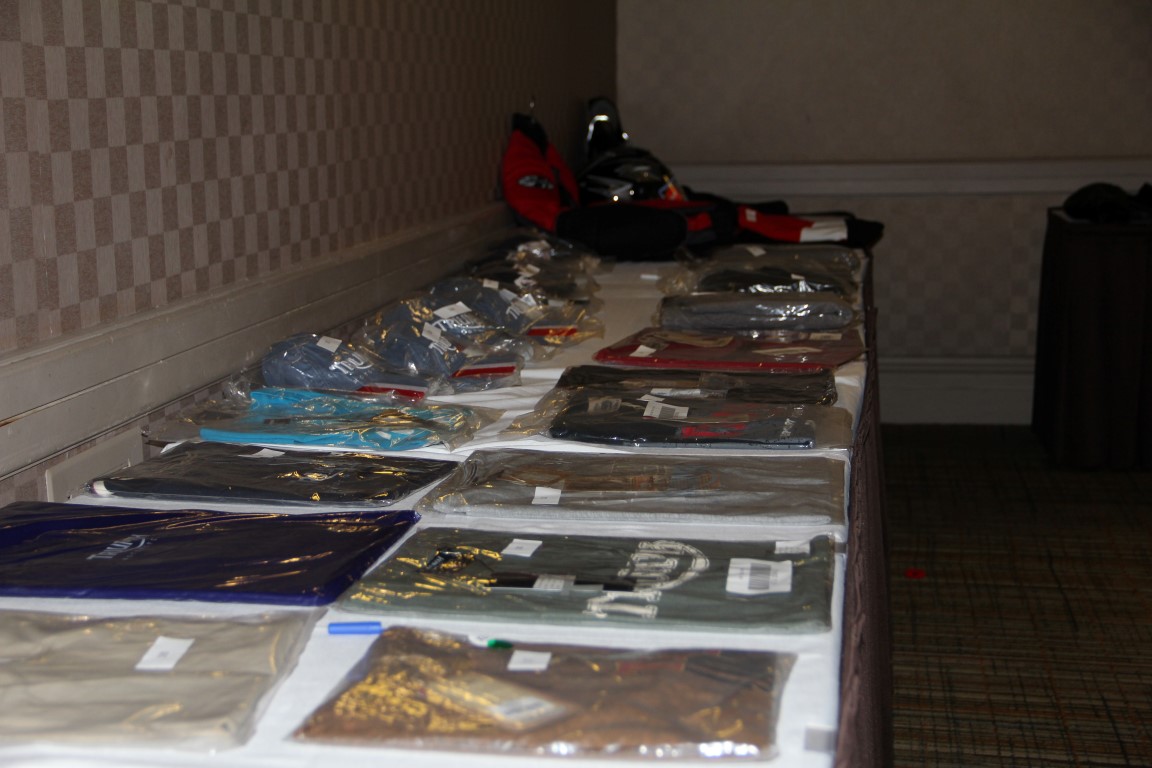 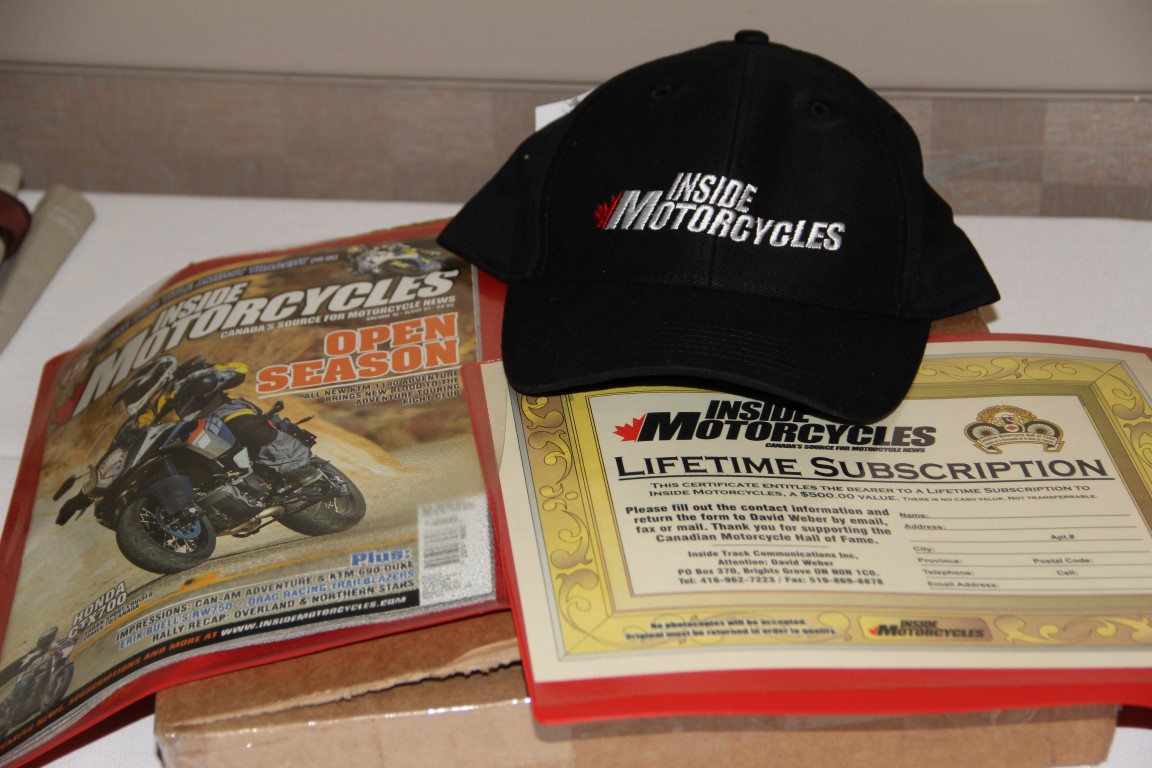 Someone went away with a lifetime subscription to Inside Motorcycles! 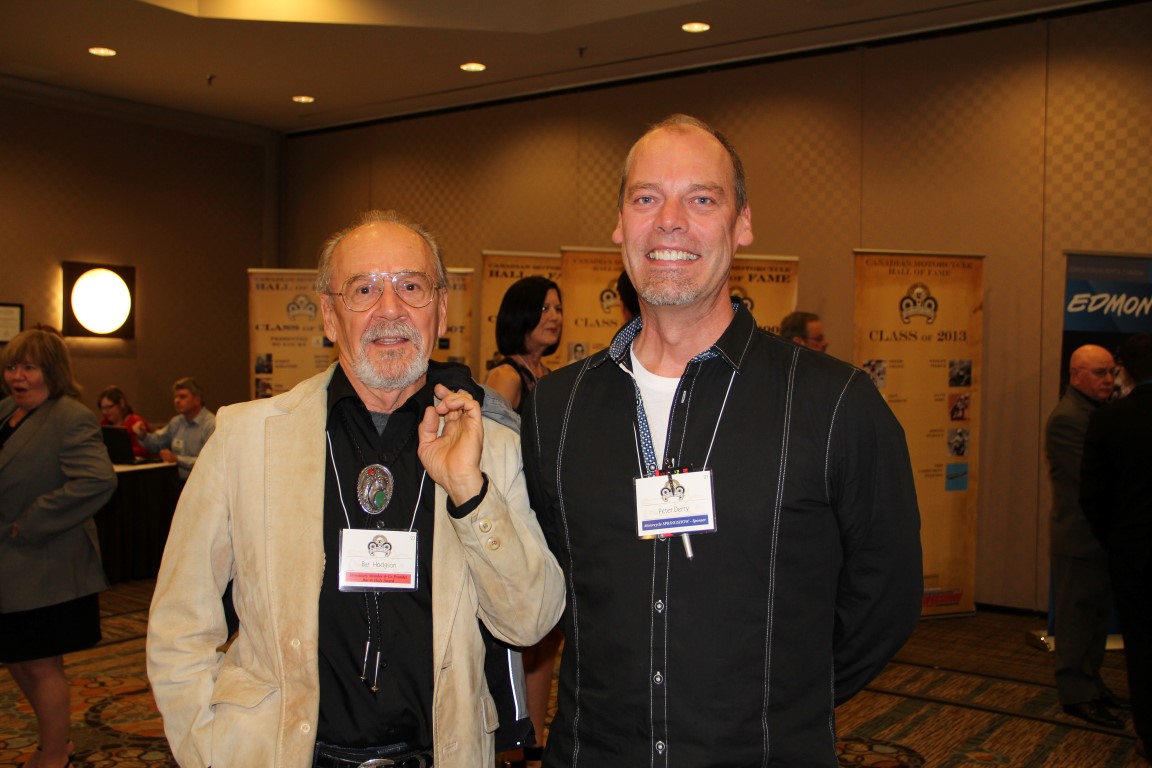 Bar Hodgson, Co-Founder and Honourary Member of the Canadian Motorcycle Hall of Fame with Peter Derry from the Motorcycle Springshow/Supershow.